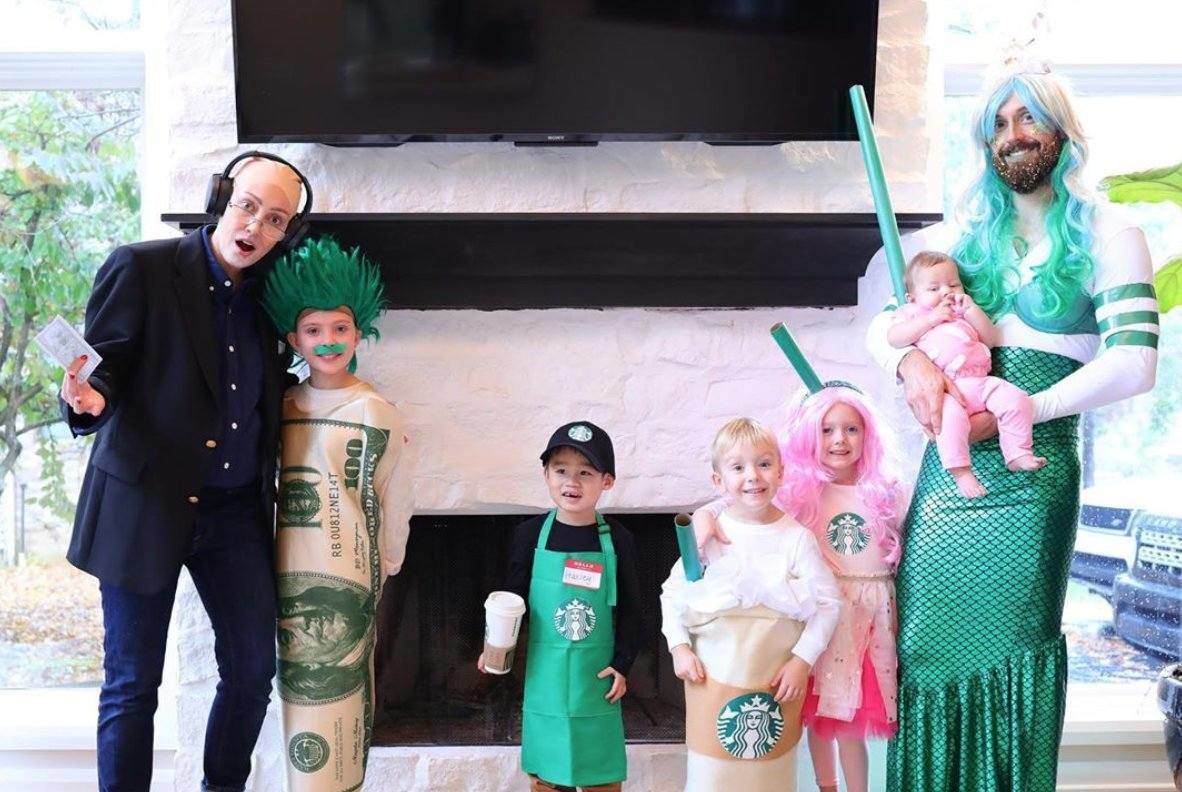 “I don’t know how I’m going to function if someone tells me I can’t bring home Huxley. This isn’t just a kid in China, this is my son.”

On 6 July 2016, YouTuber Myka Stauffer and her husband, James, announced on Myka’s YouTube channel that they had decided to adopt a child. At the time, they had three biological children, but Myka told her audience that “it’s been something that’s been really, really passionate and deep in my heart for a long, long time – before I ever had children. It’s something I always wanted to do”. At the time, the pair hadn’t officially started the process, and were doing research and figuring out how to go about it.

In the video, Myka stated that, while their hearts were originally pointing toward adopting a child from North America or Africa, they had been pointed toward China. After a conversation, the couple decided to go “the special focus route” of adoption, which, according to Great Wall China Adoption, means “most of the children in China’s Waiting Child program are classified as “special focus“. This means they are considered more difficult to place, either because of their age, gender or special needs.

In her video, CHINA ADOPTION JOURNEY – PART 1, Myka stated they knew that they would go down the special focus route. She shared that, at first, they weren’t 100 percent sure and that James was more apt to go the LID route – meaning the child wouldn’t have extensive medical needs. However, they knew they wanted to adopt “a special focus kiddo” and started talking with physicians about the possibility of becoming parents to a child with special needs and what medical conditions may arise. After this, they felt confident that, since Myka is a registered nurse, they could handle the unforeseen.

In December 2016, the couple accepted a file from their adoption agency, WACAP, for a “beautiful one-year-old little boy who was diagnosed with a brain cyst”. However, it was a long road from accepting the file and actually bringing Huxley home.

Exactly one year after they announced they were going to adopt, Myka uploaded a video, titled Emotional China Adoption Update…. In it, she stated that she felt as though one of her children was being taken away from her, due to new rules put in place. She informed her audience that China had created new regulations for the adoption program. She said that the updates included not having more than five kids in one’s home, that the minimum age of the youngest child already in the home must be three years old or older, and that the application couldn’t reuse their dossier.

These new rules meant the couple wouldn’t be able to adopt Huxley because their youngest at the time was under the age threshold, unless they were “grandfathered in” and not made to follow the updated guidelines. Two days later, she uploaded another video, stating they were going to be grandfathered in and could move forward with the adoption.

“It’s been something that’s been really, really passionate and deep in my heart for a long, long time – before I ever had children. It’s something I always wanted to do.”

On 5 October 2017, the Stauffer family packed its bags and got on a plane to China – they were finally going to be bringing Huxley home. Five days later, they uploaded what they’ve called their “Gotcha Day” video, dedicated to “all the orphans around the world”.

Since October 2017, when the adoption was finalised, Myka’s online following began to grow. According to Social Blade, from October 2017 to October 2018, her subscriber count doubled. As well, she began to partner with brands such as Glossier, Good American, Fabletics and Ibotta, and the birth of her fifth child was featured in People Magazine.

Myka, who documented her adoption journey on her channel, also began writing articles about her experience. In one article for The Bump, she revealed that they “needed an answer”. She further went on to say, “We needed a diagnosis to ensure we could provide our son with the proper resources to become his best self. So we signed him up to be tested for autism.” She revealed that the results came back to Huxley had been diagnosed with Autism Spectrum Disorder-Level 3.

“We still have some hard days. I still seek guidance and ask for help, and sometimes I still break down in tears. But the one thing I know for sure is that Huxley doesn’t go a day without being endlessly loved.”

She closed that article by stating, “We still have some hard days. I still seek guidance and ask for help, and sometimes I still break down in tears. But the one thing I know for sure is that Huxley doesn’t go a day without being endlessly loved. Adoption is love. It takes lots of grit, sweat, and tears, but it’s so worth it in the end! Even if your ending looks different than you had planned, just remember, ‘different’ isn’t a bad thing.”

This is what makes the most recent news so disheartening for so many of the couple’s viewers.

On 26 May 2020, Myka and James revealed to her subscribers that Huxley was no longer living with them.

In the video, James states, “With international adoption, sometimes there are unknowns and things that are not transparent on files. Once Huxley came home, there were a lot more special needs than we were aware of and we were not told.”

The couple, who regularly featured Huxley in photos and videos, explained, “After undergoing multiple assessments and evaluations, Huxley’s team of doctors recommended he spend time with other families better equipped to care for him.”

“There’s not an ounce of our body that doesn’t want Huxley with all of our being. There wasn’t a minute that I didn’t try our hardest,” Myka said in the video, later adding that she feels like a failure as a mother.

“He is thriving. He is really happy, doing really well. His new mommy has medical, professional training, and it’s a really good fit,” she explained, after revealing that Huxley has found a new “forever family”.

“There’s not an ounce of our body that doesn’t want Huxley with all of our being. There wasn’t a minute that I didn’t try our hardest.”

The couple’s attorneys told BuzzFeed News that Huxley had not been placed in the foster system, but rather they had decided to “hand-select a family who is equipped to handle Huxley’s needs”.

YouTuber and member of the foster/adoptive community, Mousy Leigh, stated in a video that failed adoptions do happen. In these cases, the involved parties go another route to find another home for the adoptee(s), but that these failed adoptions typically occur within months of the adoption, not years.

While some fans of the Stauffer’s have sent their condolences to the family, the decision made to place Huxley with another family has primarily been met with extreme criticism, with many fans of the vlogger accusing the family of using Huxley as a “prop” to exploit for “clout”.

Read about the creators speaking out in solidarity with the Black Lives Matter movement, or how representation for disabled creators is growing within the YouTube community. 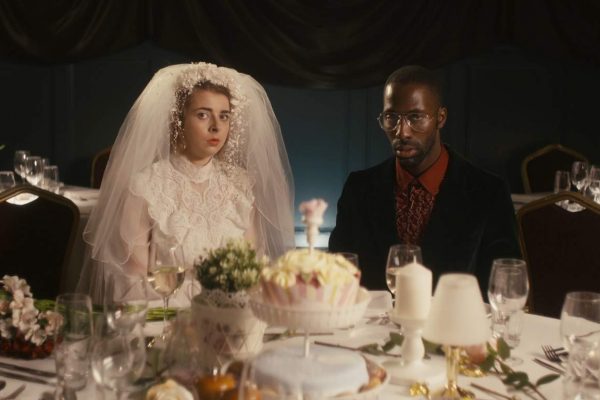 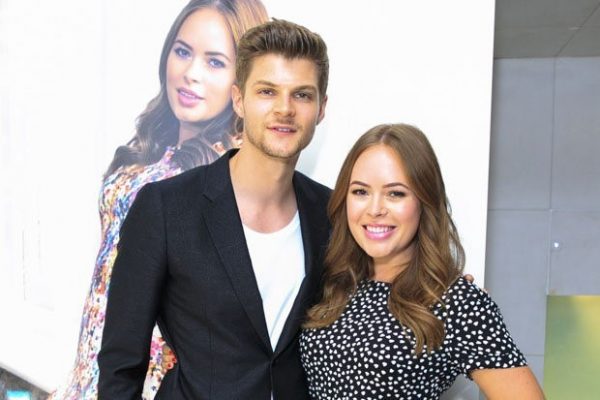