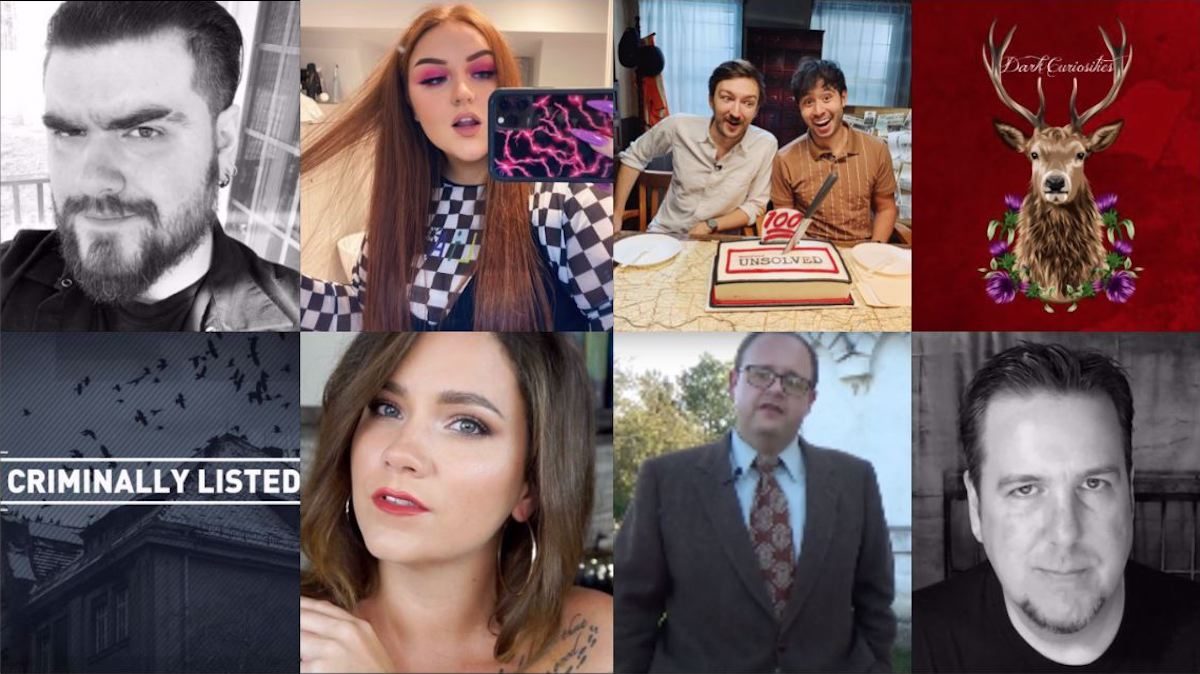 8 True Crime YouTubers You Need to Check Out

“Perhaps you may be able to help solve a mystery.”

True crime fans should all know where that quote is from… Or we’re simply showing our age. It’s from the original Unsolved Mysteries with the wonderful Robert Stack! The show was one of the first to cover unsolved crimes and mysteries, and it helped to launch not only multiple more related shows, but also our interest in the true crime genre. We wouldn’t say we’re amateur detectives or anything, but we do like to learn about (and potentially solve, you never know) crimes that happen worldwide, and it would appear many YouTubers do as well.

Earlier this year, we predicted that the true crime genre on YouTube would explode in 2020. There are so many amazing creators doing their part to raise awareness for cases long gone cold, helping the families of those who have gone missing or are dead. They use their platform for good and you can tell they’ve definitely done their research. Their channels are enough to pique the interest of any true crime fan, and we felt it was about time we spotlighted a few of our favourites.

Without further ado, here are just a few of the true crime YouTubers we suggest you check out.

We’re kicking things off with a YouTuber we watch three times a week: John Lordan. John has been making true crime videos on YouTube for years and has three recurring series on his channel: Case Cracked, Brainscratch Searchlight and Brainscratch, which look to highlight cases that have been solved, involve missing people and those who have been murdered.

What we like most about John’s channel is how respectful he is regarding the cases he covers. You can tell he genuinely cares about those involved, especially the families of the victims, and we get a real sense that he wants these cases solved. His style is different from many on YouTube, as his videos primarily consist of him reading through news articles about cases, pointing out important information, raising questions and offering other avenues of investigation.

During the COVID-19 pandemic, he’s also been hosting a weekly True Crime GAME TIME live stream on his channel, where he raises money for Feeding America.

Eleanor Neale is no stranger to TenEighty. We’ve featured her in a few articles on the site, and given she’s the UK’s reigning queen of true crime, it would have been a crime (geddit?!) to not include her on our list.

We can tell Eleanor is a true fan of the genre, given the amount of effort and research that goes into her videos. She often covers cases that happen right here in the UK, which kind of freaks us out, considering just how close to home some of them actually are. However, she doesn’t just limit herself to true crime. Her channel also features vlogs, makeup videos and reviews, offering viewers a sometimes much-needed, lighthearted break from the grisly details of some of these cases.

We understand that not everyone can listen to or watch content relating to true crime, simply because the subject matter is often dark and, at times, gruesome. That’s why we’ve decided to include Buzzfeed Unsolved on our list, as hosts Ryan Bergara and Shane Madej blend facts with humorous and lighthearted banter, to ensure their videos aren’t too heavy.

Buzzfeed Unsolved is by far one of our all-time favourite series on YouTube. We’ve been watching since the beginning, and to say we’re diehard fans would be a severe understatement. We like the variety of cases Shane and Ryan cover, and we find their banter (and Shane’s random comments about the cases) help to lighten the mood when things get a bit too dark or solemn.

Bonus: for those interested in ghosts and ghouls, the series alternates between true crime and the supernatural!

Criminally Listed is a true crime channel that was created by Robert Gimminck. Those who are fan of listicle-style videos are sure to find their niche with this channel, which is based out of Canada! (We feel like we don’t highlight out Canadian friends enough on TenEighty and we’re looking to change that.)

Murders, missing persons cases, unsolved mysteries – Criminally Listed covers pretty much everything under the true crime umbrella, and will even provide updates on past cases, should one become solved or see a major development. These videos are very well-written, and we’re not going to lie, we often find ourselves getting the creeps whilst watching. This is definitely not a channel to watch right before you go to bed at night!

Danelle Hallan is probably the best known true crime YouTuber on this list, and it’s no surprise as to why. Her videos are some of the best researched and most thorough that we’ve watched. We’d honestly be surprised if there are any true crime fans out there who have not checked out (and subscribed) to her channel.

Danelle primarily covers unsolved murders and missing persons cases on her channel. Heck, she’s even delved into the odd conspiracy theory! (We wonder if she’s coming from Shane Dawson‘s crown…) However, she doesn’t just limit herself to YouTube. She’s also the host of the Crime After Crime podcast, alongside co-host John Lordan, which is definitely a must-listen for those who require their true crime fix when away from their computer.

Fans of such shows as Cold Case Files or Forensic Files will definitely enjoy watching Sean McCracken‘s Mysterious WV, which looks to examine cases from West Virginia and the surrounding areas within the United States. The show is very reminiscent of the old-school true crime shows our parents would watch back in the day and we find ourselves feeling a bit nostalgic when watching.

If we didn’t know we were watching Mysterious WV on YouTube, we’d think we were watching an actual show produced for TV. Shawn takes viewers through each case with a superb attention to detail and ensures a fully immersive experience by showing pictures and videos of locations and those involved. We can only imagine how long it takes to produce just one of these videos, so we thank him for all he does!

We’d consider Rob Gavagan to be one of the original true crime creators on YouTube. He’s been around for years, and his channel has become the go-to place for anyone looking for content that’s dark and twisted. From unsolved murders and the lives of serial killers, to strange mysteries and the unknown, Rob covers just about everything someone with a curious mind could want.

Those who watch any video on Rob’s channel will right away be struck by how thoroughly researched his content is. You’ll also notice how great a narrator he is – it’s like he was born to be a host – and the custom art those who work with him make to go along with each case. If you have an interest in true crime and murder, we highly recommend his Anatomy of Murder and Serial Killer Files, while those requiring something a bit more on the spooky spectrum will find what they’re looking for in his Twisted Tens and Seriously Strange series.

A true crime YouTube channel that features a mystery of its own? How meta. You’re probably all wondering what this mystery of which we speak is. Well, let us tell you: the identity of the person who hosts Dark Curiosities is unknown, and while many have speculated about who they are, none have been successful. (Or, at least, that’s what they’d have us think.)

A Scottish twist on the true crime genre, Dark Curiosities covers cases from around the world. Most of these are ones that have received very little media attention or have been forgotten with the passage of time, meaning the majority of them are ones viewers will likely not have heard of. As such, prepare to learn and become enthralled in these little-known mysteries.

Just eight of the true crime YouTubers who regularly filled our subscription boxes with tons of eerie and hair-raising content. Before we close out the article, we’d like to give a special shoutout to retired YouTuber, Cayleigh Elise.

In early 2019, she announced she’d be leaving YouTube to focus on her mental health, and while her channel may no longer be up, we’d like to give her credit for the amazing content she shared. Her videos were some of the most thoroughly-researched and respectful we’d seen from someone in the true crime genre, and we know she inspired many to start their own channels.

We love (and deeply miss) your videos, Cayleigh! We hope you’re doing well.

About Clare Fitzgerald
Aspiring journalist whose life revolves around Pokémon Go and YouTube. | @JournoClare
View All Posts by Author
Video Spotlight: I Need to Get Myself Away from this Place
D’Amelio Sisters No Longer Affiliated with The Hype House as a Business 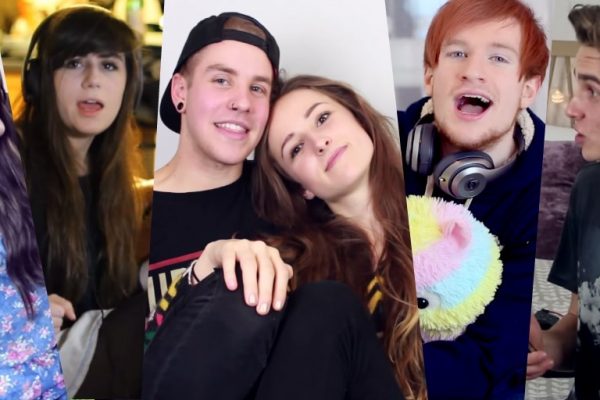 Five of the Best: YouTuber Whispers 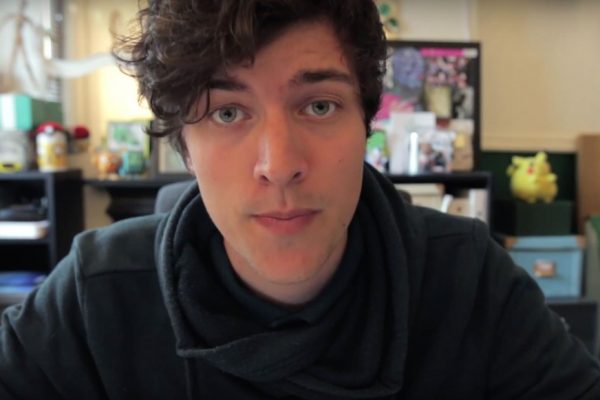 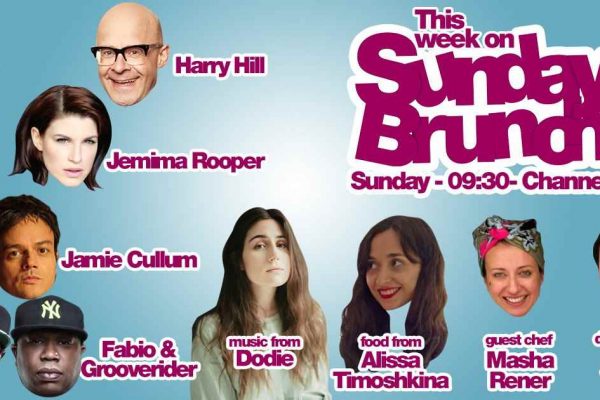