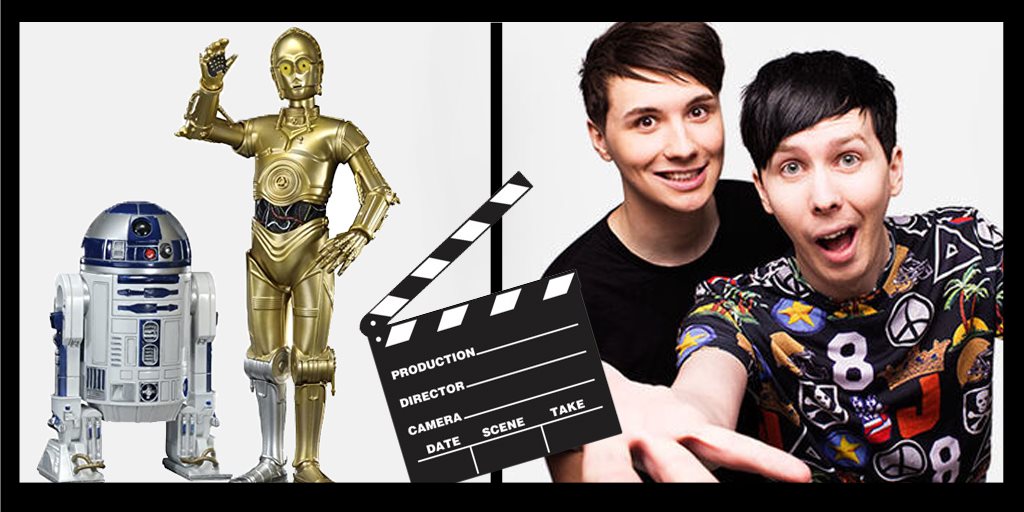 Which of our fave YouTubers would star in remakes of these cult classic films?

Now, before we get into this list, we’re going to make it clear that we know some of you reading this will say we’ve missed some key cult classic films, or that some of the ones we’ve included aren’t classics. Well, we’ve gone off of Oxford English Dictionary’s definition, which classifies a cult classic as “a film that is popular or fashionable amongst a particular group or section of society”. To put it simply: if the fandom exists, it’s on the list!

We got all dolled up last night to drink cocktails on the balcony at sunset and pretend like we were at a swanky event. When I woke up with a hangover and saw my dress and high heels flung on the floor, and the eyelashes I’d peeled off by my bathroom sink, it truly tricked my brain into thinking I’d had a night out! Would recommend. 10/10. Photoshoot optional. • • dress from @asos

When you say cult classic, one of the first films that comes to mind is Heathers. The murderous school love story released in 1988 still has a large following to this day. We all want to swarm to a 7/11 on 1 September to grab a Slurpee.

We thought it was too easy to cast Carrie Hope Fletcher as Veronica. Despite her absolutely smashing it on stage, we’ve saved her for somebody else. No, we’ve decided to cast Hazel Hayes as Heather Chandler, the leader of the Heathers. With her red scrunchie at the ready, we really feel Hazel would have the entirety of Westerburg High bowing down to her supremacy, with dodie at her side as Heather McNamara.

We’re in no way calling her a “mythic bitch”, but as the strong independent woman she is, we couldn’t think of anyone better suited for the role. Just stay away from hangover cure cocktails…

Arguably the biggest cult classic film, with swarms of fans going to the cinema in full dress-up props at the ready and quotes memorised like they’re their wedding vows, Rocky Horror Picture Show had to be included on our list.

With this being such a big film, we surprisingly didn’t have to do much thinking. We instantly had Jeffree Star in mind to play Frank-N-Furter. Not only are they both excellent at makeup and have fans screaming their names around the world, but with Jeffree’s Conspiracy pallet collaboration with Shane Dawson, they’re both out of this world fabulous and mad scientists in their chosen fields.

Considerably a much bigger franchise than the other two, Star Wars not only has millions of fans around the world, some of the most famous merchandise, its own religion and not to mention one of the most iconic soundtracks – it also has an entire theme based around it at Disneyland and Disney World.

Now, when looking at the main characters of the film franchise, we were finding lots of YouTubers that fit the bill. But there were two who we think would be perfect droids in the Star Wars world. Introducing Daniel Howell and Phil Lester as C3PO and R2D2. Think about it; it’s perfect. One of the most iconic internet duos as one of the most iconic film duos.

‪Officially dope #TeamTrees merch now available for everyone. 100% of proceeds plant trees!! *shopteamtrees.org or use the link in bio*

From one huge franchise to another, there are loads of YouTubers who are superheroes with all the work they do for charity. They’ve raised millions of pounds throughout the years, from Mark Hoyle’s charity single to the Virtual Unity Festival charity livestream dodie and Maisie Peters will be taking part in this year.

However, there was one YouTuber who stuck out with other elements of his personality as well. Mark Rober is an engineer whose brain is full of science, educating us all with his videos. Recently, he also put his influence to good use by taking part in the #TeamTrees initiative. He’s a mega brainiac out saving the world; we clearly have to put him as Tony Stark, AKA Iron Man.

Beetlejuice, a truely classic film to all us who grew up a bit weird. If you’re unaware of Beetlejuice, he’s a demon who’s desperate for a friend to cause mischief with in the real world. Oh! And you have to say his name three times for him to appear. In order to persuade someone to do this, he needs to have an excellent mind and a huge sense of humour. The whole being dead thing can become depressing.

The only person we thought fit the bill was Mr. Sammy Paul himself. Not only is Sammy incredibly bright with his beautiful work on short film all over YouTube, he’s also hilarious. With any video he features in, we usually end up cry laughing at his witty one liners. A bold personality with the brains of a mischief mastermind.

Scott Pilgrim vs. the World

Still totally overwhelmed by the thought of the year laid out ahead of me.🍄 @alwcinderella

Now, we said we’d casted her as somebody else, but are you ready for Carrie as Ramona Flowers from Scott Pilgrim vs. the World? If we thought anyone would be able to pull off a ninja delivery girl that can travel through Subspace and is a mega tea fan, it had to be Carrie.

Not only have we seen her perform as amazingly powerful women throughout her theatre career, along with being one herself, we also know she’s very good with a mallet from her performance in Heathers: The Musical. (That’s a shout out for all you comic fans.) We also reckon Carrie would look awesome with every single one of Ramona’s hairstyles. Personally, the purple is our favourite. 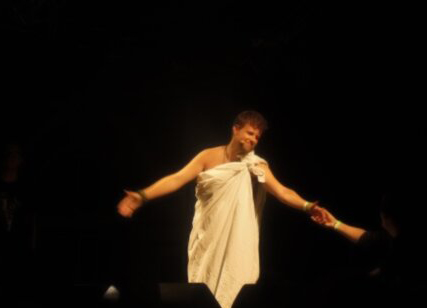 If you’ve never witnessed a Monty Python film, you’re not a true cinema fan. A comedy troupe that went out and created some of the funniest films in the universe are a true shoutout to brilliant British films. Plus, we’re sure we’d all love to be clicking coconuts on our morning runs. Again, watch Monty Python if you do not understand this reference.

Unlike Marvel, where we could think of hundreds of YouTubers for the roles, we could only think of one comedy genius that would fit into this category. The only issue was placing his character, is that Daniel J. Layton could play most of them.

In the end, we’ve placed him as Brian from Life of Brian. With his previous hair style and the fact he’s played the role in multiple sketches, it’s quite easy to mistake Daniel for Jesus. We imagine Brian’s “but I’m not the Messiah” reaction is exactly how Daniel would react to this situation as well. (Either that or he’d embrace it and rule us all.)

And now for some quick fire casting…

We’ve taken our job as casting director very seriously, so we thought we’d finish off with a few quick fire casting calls:

Now, there is one major cult classic film we’re missing, but nobody can ever be Tommy Wiseau in The Room. He’s a different kind of man.

About Pagen Hall
Currently studying Writing and Publishing. I read a lot. I also like the colour mauve as no one know's how to pronounce it. @pagenhall on all Social Media's
View All Posts by Author
Annie LeBlanc to Star In Nickelodeon Interactive Series
FaZe Clan Releasing Non-Medical Face Masks 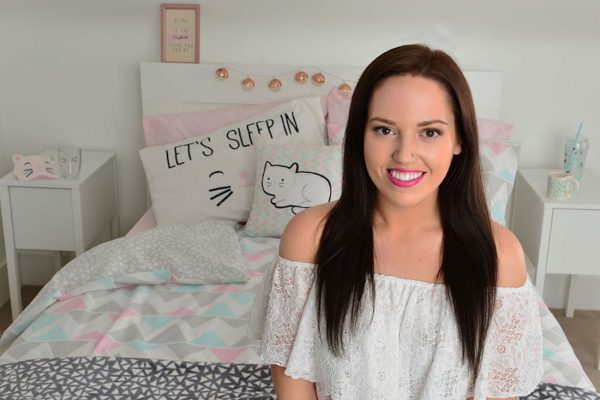 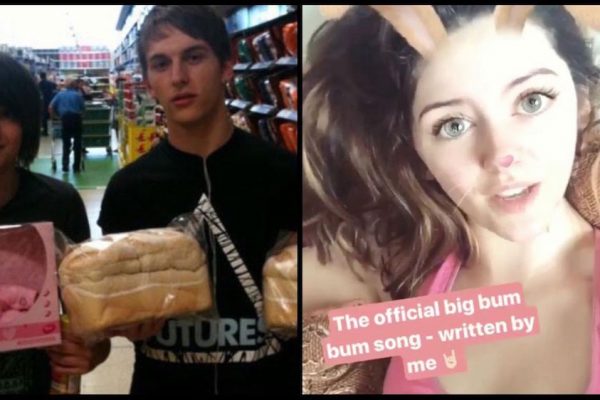 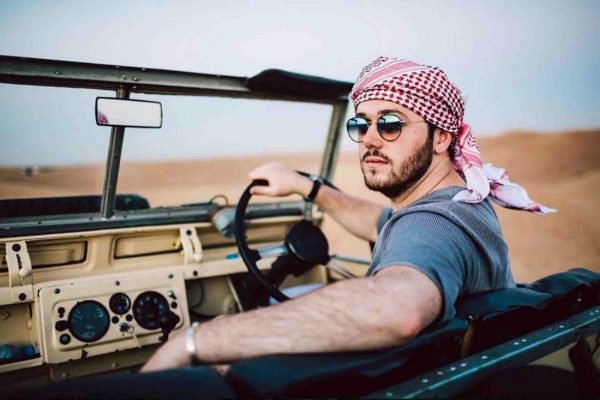