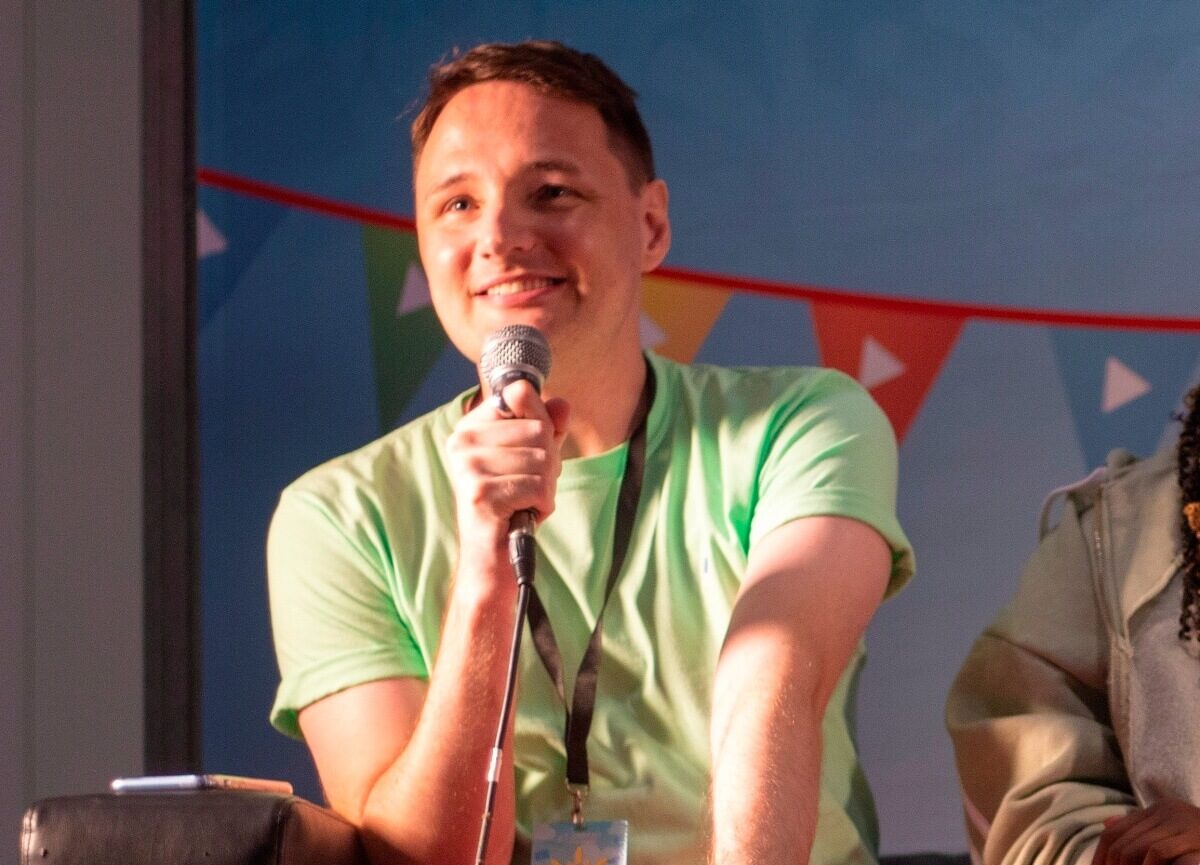 When we were at primary school, one of our teachers taught us to remember the order of human teeth (incisors, canines, premolars, molars) with the phrase “I cuddle pink monsters”.

We grew up thinking it was a really well-known mnemonic, but we googled it a couple of days ago and there were literally zero results, which means Mr Cudworth probably just made it up himself, and everyone we have ever mentioned it to – including our next Infrequently Asked Questions guest, Gary C – must have thought we had lost our minds. So cheers for that, Cudders.

Anyway, here’s Gary C – or as he will now forever be known, Skanky Trees – discussing an unexpected bat, the bubonic plague, and Miss Piggy’s ubiquitous trotters. GARY: “Hi. I’ve spoken to Pete [about his interview], so I do know a couple of things I’m going to say.”

That’s fine, I can just ask you different questions.

GARY: “I thought you said ‘bubonic’ then. I was like, ‘the Plague!’ What is a mnemonic?”

A way of remembering something, like “Richard of York gave battle in vain” for the colours of the rainbow, or “I cuddle pink monsters” for the order of human teeth…

GARY: “This morning, because I was having breakfast in the hotel, and one of the bits of fat touched me from one of the meat things I was scooping it out of. I smelled it and I was like, ‘Yeah, it smells like fat’.”

Who was the worst member of Atomic Kitten?

GARY: “The worst one was Liz, because she barely had any function. I don’t even know why she was there. The ginger one did all the singing. The other one pranced about. What was Liz? Even her solo stuff weren’t all that. Sorry Liz, girl. But it weren’t all that.”

What does your name rhyme with?

GARY: “A new public holiday? Let me think. I would like Happy Kindness Day, and everybody has to do an act of kindness, otherwise you have to do a forfeit. And the forfeit is you have to give something of yours away, your most prized possession.”

So it’s like the opposite of Christmas gift-giving? You get things taken away from you?

GARY: “It would be Happy Kindness Day, and everybody has to do something kind – so giving people things, doing things for people… But if you don’t take part – because this is a holiday that everyone must take part in, it’s mandatory—”

Is that a fun holiday or a totalitarian dystopia?

GARY: “It sounds like a fun holiday to me. Okay, maybe scrap the second part. Happy Kindness Day is where everyone has to do something for everyone else.”

GARY: “I would like it to say, ‘Wasn’t 38, was actually 25, just wanted to be complimented constantly’.”

GARY: “The Fashionbeasta: not fashionable, looks like trash constantly.”

What’s the strangest thing that’s ever happened to you on holiday?

GARY: “Probably Chessington World of Adventures, because we had a bat in the room. We went to bed, one o’clock in the morning. My friend Adam was like, ‘Gary, Gary, what’s that? Is it a moth?’ ‘No. It is a giant bat.’ And we had to be evacuated. But it was a laugh.”

GARY (wistfully): “The silence, the peace, no people… I’d be a mute nun as well. No talking. Good.”

GARY: “Objectively the best film in the world is Hocus Pocus.”

GARY: “Oh, I wouldn’t mind seeing… God, they’ve done everything. They get about, them Muppets. Especially Miss Piggy – them trotters…! What would I like to see being redone by the Muppets? They’ve done a lot. Maybe Frozen. Elsa’s going to be Miss Piggy – I’d love to see her doing Let it Go, and literally just letting it all hang out, pig rolls everywhere.”

GARY: “I would conceal it by blaming other people for being werewolves – pass the blame, so I could go undetected.”

GARY: “Myles Dyer. He disappears for ages and then comes back again, and I’m thinking it’s something to do with the moons.”

GARY: “Skinny-dipping in a swimming pool in Malta.”

GARY: “Being Frank-N-Furter in a production of The Rocky Horror Show. They were someone else’s that I borrowed, because I didn’t have the right wares.”

GARY: “The advantages would be joy, the side-effects would be crippling depression. So it’s a mixed bag.”

GARY: “I think it’s an injection in the bum.”

And finally: If you were a potato, which potato-based food product would you most like to be made into?

GARY: “I would like to be Salt & Vinegar crisps, because I’m bitter and delicious.” Come back tomorrow for our interview with Chloe Rose, or check out this year’s previous instalments of Infrequently Asked Questions: 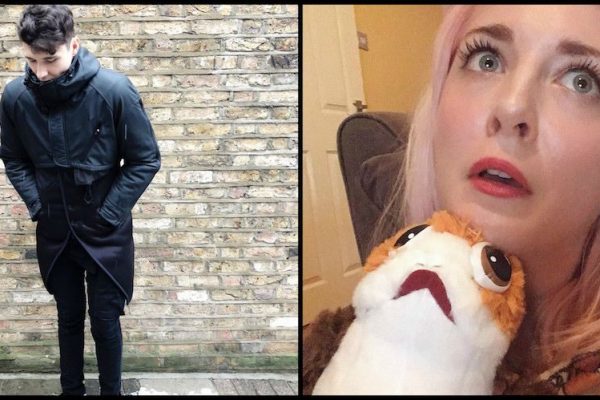 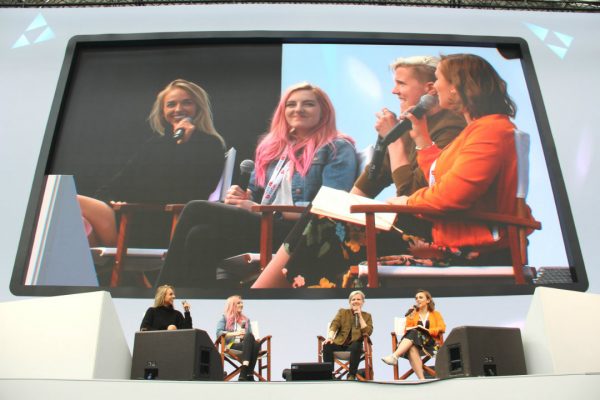 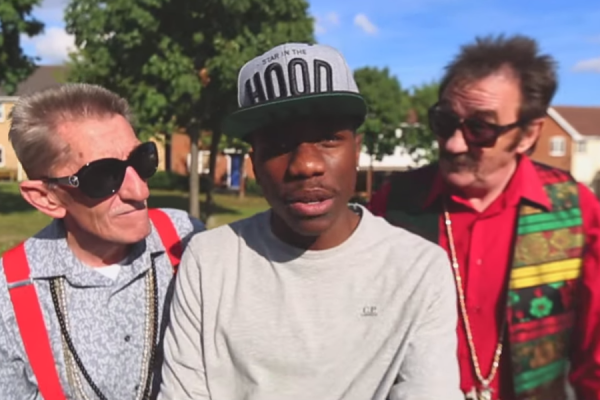 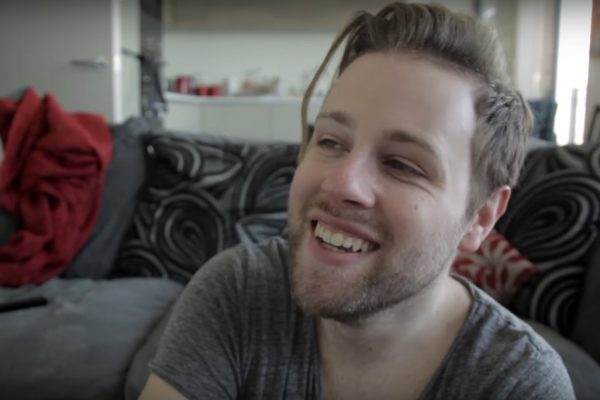