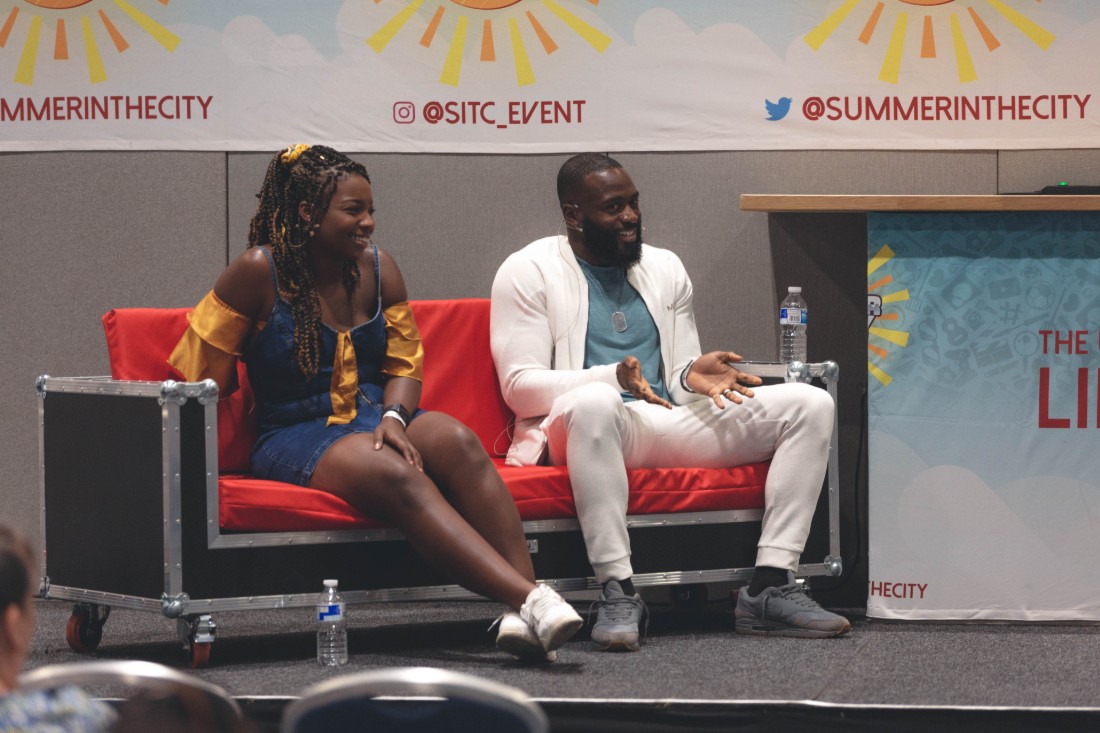 The Health & Fitness panel took place on Sunday at Summer in the City 2019, on the Lifestyle Stage. Moderated by AJ Brinnand, it featured Scola Dondo, Gabriel Sey and Elena Bateman.

The panellists kicked off by explaining how they got into the world of health and fitness. Scola shared that she was on a weight loss journey and was asked a lot of questions by her audience.

She started documenting her journey to help teenagers avoid the mistakes she made in the early days, adding that she is constantly learning and sharing what she learns with her audience.

Gabriel, on the other hand, said fitness has always been a part of his life, even before he started uploading to YouTube. His aim is to share the importance of the mindset side to health and fitness. He found that YouTube was a way he could his get his personality across while showing there is more to fitness than meets the eye.

Elena started creating videos on YouTube to help change the conversation around diet culture from negative to one that’s more positive.

She formats her videos in a certain way, using particular thumbnails and titles purposefully because she’s aware that this is what people are searching for. In her words, “I kind of have to play a dirty game to educate people”. 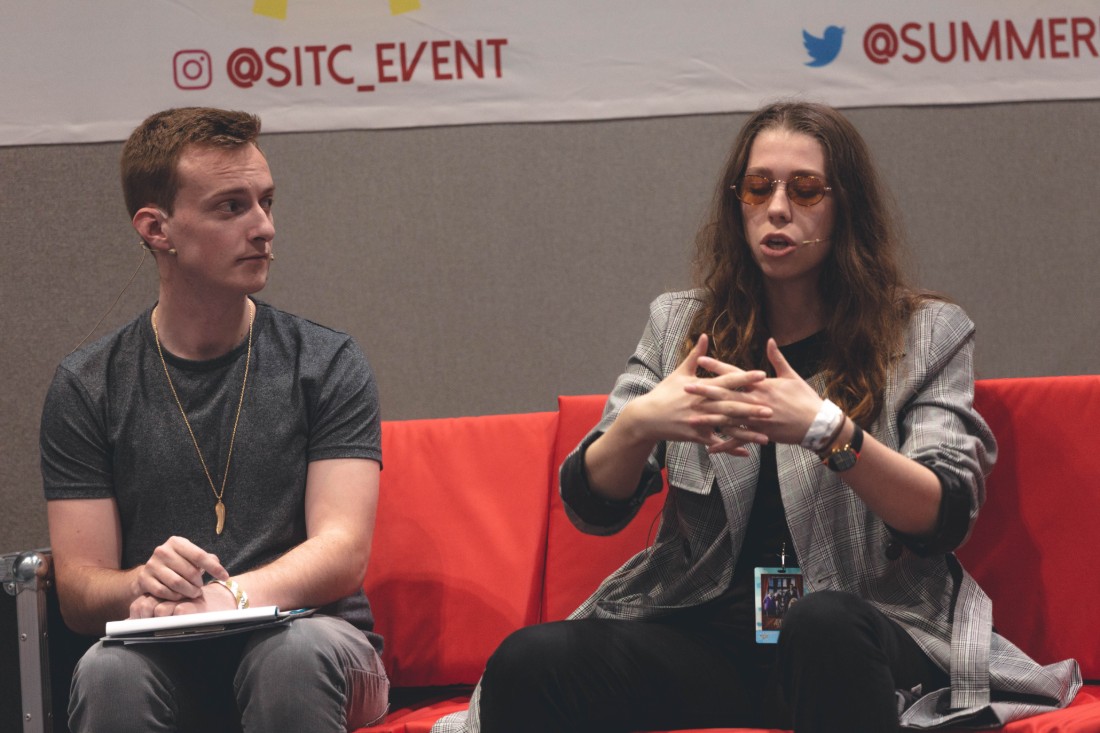 The panel then opened up about the pressure they feel to put themselves in their thumbnails, showing their bodies and personalities in that way.

“You can’t really avoid it” Scola acknowledged from the offset. People are more likely to click on a picture with an actual human in the thumbnail. She admitted that this is something she does herself.

When it comes to the health and fitness element, she does feel the pressure to look a certain way. At the start of her journey, Scola felt she needed to look like she was already successful in the field. As her body changed over time, it took her a while to accept that she wouldn’t look like a ‘typical’ fitness YouTube creator.

The ultimate test of this was when she was diagnosed with Hypothyroidism, a condition which can affect your body in many different ways. Unlike many in the industry, Scola doesn’t have a before and after story yet, she’s still figuring it out and to her, she sees this a blessing in disguise.

As a man, Gabriel noted that there is always pressure to maintain your body, but he always looks to challenge the norm. “When I see people go this way, I go the other way”.

He sees people posting images of “shredded abs” and while he knows he could post topless pictures on Instagram which would garner plenty of likes, he always asks himself if this is what he wants to project. He’d rather share the idea that there’s more to fitness, there’s the whole mental aspect which should be talked about more.

Elena wants to reshape peoples vision of health and fitness, echoing Gabriel’s earlier point that fitness is not just about the abs, but also the mental and emotional elements that come with it.

She’s a firm believer that you shouldn’t sacrifice your emotional or mental wellbeing to try and look a certain way. For example, it’s great to go for a run or do some exercise but equally, it’s just as valid to get back from that run and sit down with a cup of tea and piece a cake. 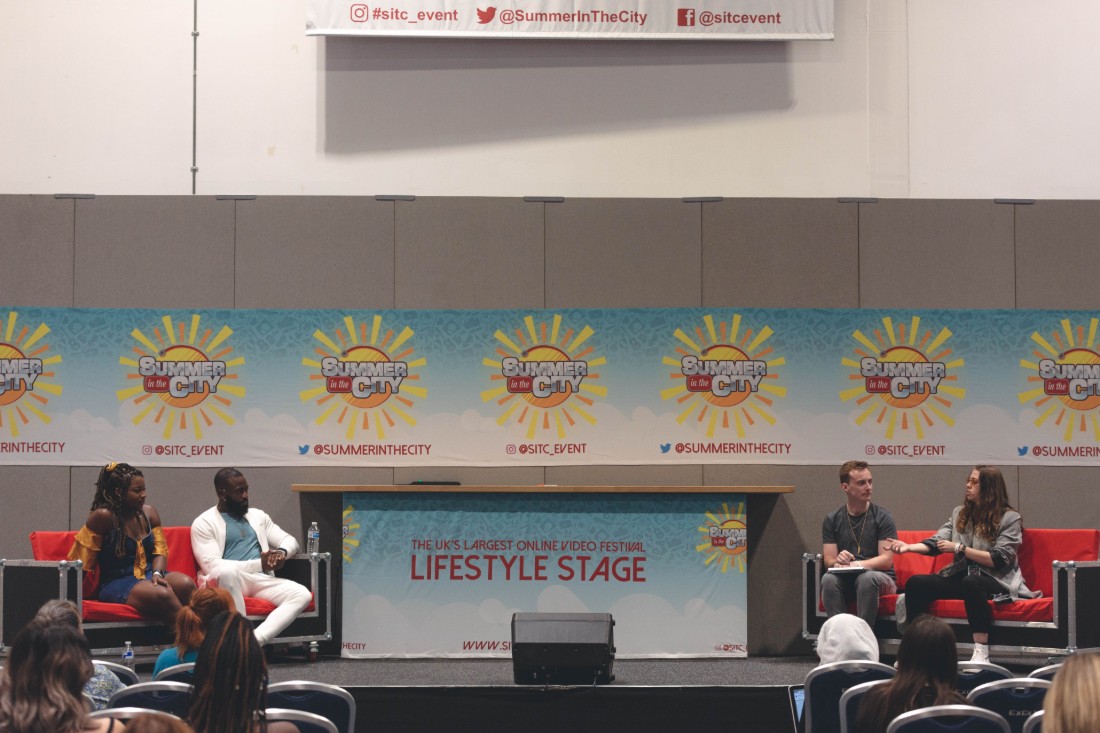 Scola said you never stop learning and the journey never ends. She started her journey with an end goal in mind and believed her life would start after reaching this goal. She soon realised, however, that that was not the case.

Scola makes sure her audience is aware that she’s on this journey too, that she doesn’t always know everything and mistakes can happen. She encourages everyone watching her videos to do their own external research. “I try not to take it too seriously. If I say something wrong, I will do my best to rectify this.”

Gabriel admitted that when he first started getting into fitness it was for the aesthetic, as he “wanted to get girls”. But the more his training became performance-based, it shifted from being about vanity to being more about nutrition and ensuring his body is ready. The physique became a side effect.

Gabriel’s advice for his audience would be to “know when you’re right and wrong. You put the best information out there you can but you can be wrong.”

For example, he explained that if he had previously shared a technique which he now realises isn’t the best, he will redo it and place a disclaimer on the original video, directing viewers to the updated version.

As someone who uses what was referred to on the panel as “good clickbait”, Elena is aware that her videos may appear hurtful at first, as they aren’t what you may be expecting. She explained that her reason for this is “I wish I would have clicked on a video like this to help me think, yeah, maybe I shouldn’t stop eating.”

Elena went on to add that it’s easy for health and fitness YouTubers to be wrong. Not all of them have degrees in this area and their videos tend to be more to do with their personal experiences and the knowledge they’ve accumulated over time.

You need to make sure you have the science to back your experience, so you can share this when being questioned. While it’s fun to argue with people in the comments, you have to understand that people don’t always watch the full video and can just take it at face value. 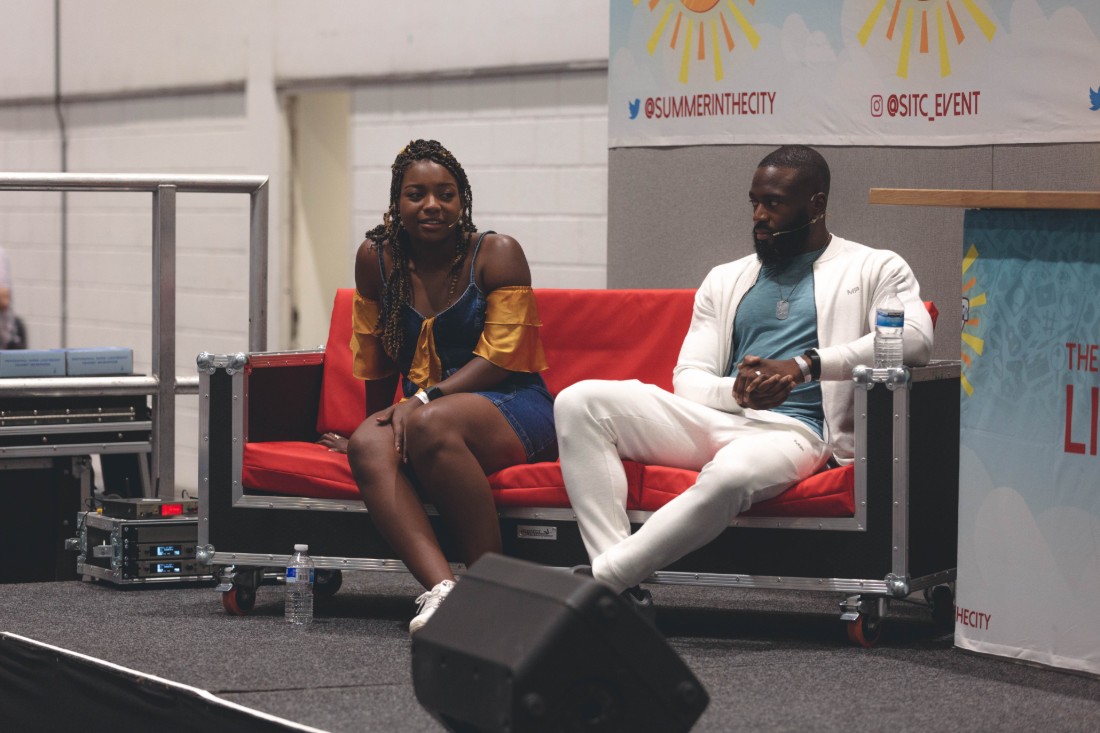 Gabriel echoed this sentiment, saying balance is key. “Own yourself”, he advised.

He used the example of going to the doctors. If you visit your doctor and all your health indicators are good, who cares what you look like? You are ultimately healthy. “Own yourself and make sure you balance your nutrition. If you want to eat a biscuit, eat a damn biscuit, just don’t eat the whole packet.”

“Get rid of the numbers” was Elena’s advice. “I don’t weigh myself, I don’t care”.  She added that she judges her health based on how she feels.

Each panellist then discussed their journey and what they’re working towards. Scola is working on finding what makes her happy, while Gabriel is looking to recapture the fearlessness of youth, working towards moving in ways he did when he was younger.

Elena mentioned the importance of finding out what works for you. For example, if you have a hip problem, don’t force yourself to try and run, instead, find an exercise you can do and enjoy.

After the discussion, the panel was opened to questions from the audience. One audience member wanted tips on how to cope with fatigue, especially when you have children. Gabriel, who is a father, advised that a park is a good option for those times when your kids need to be active, but you need a bit of a slower pace.

Comparing yourself to others also came up, with Elena pointing out that we all see the beauty in different things, so why is it that we tend to look up to the same five people?

She added that a good way to counteract this is chanting a positive mantra to yourself every day. She tells herself she is cool, even on days when she doesn’t feel it. 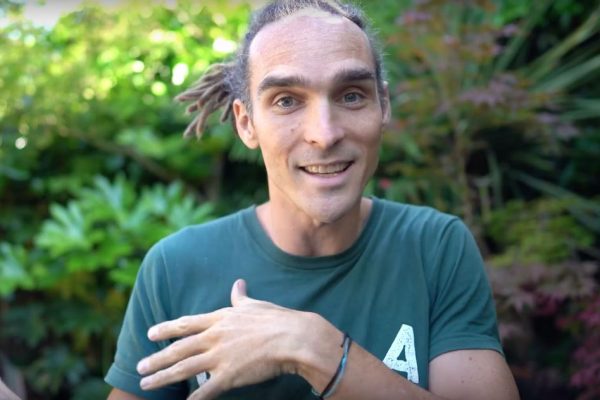 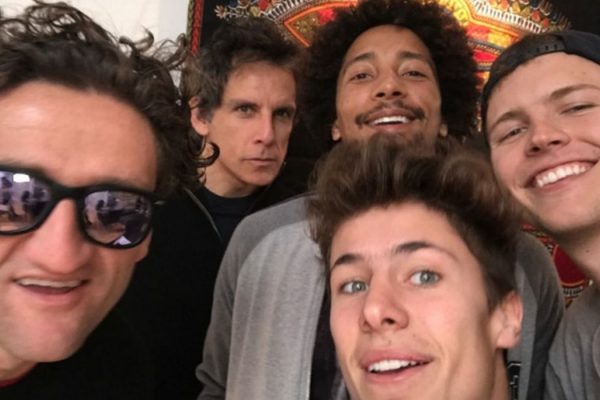 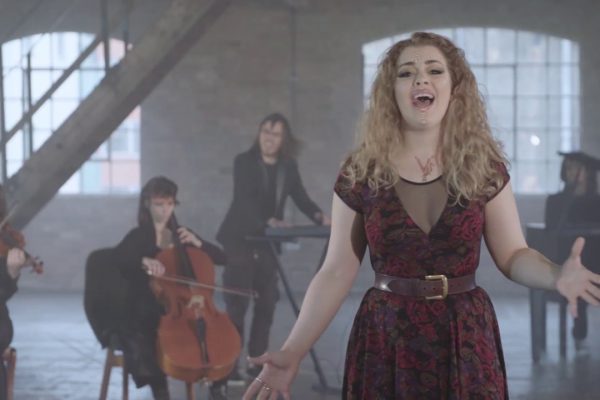