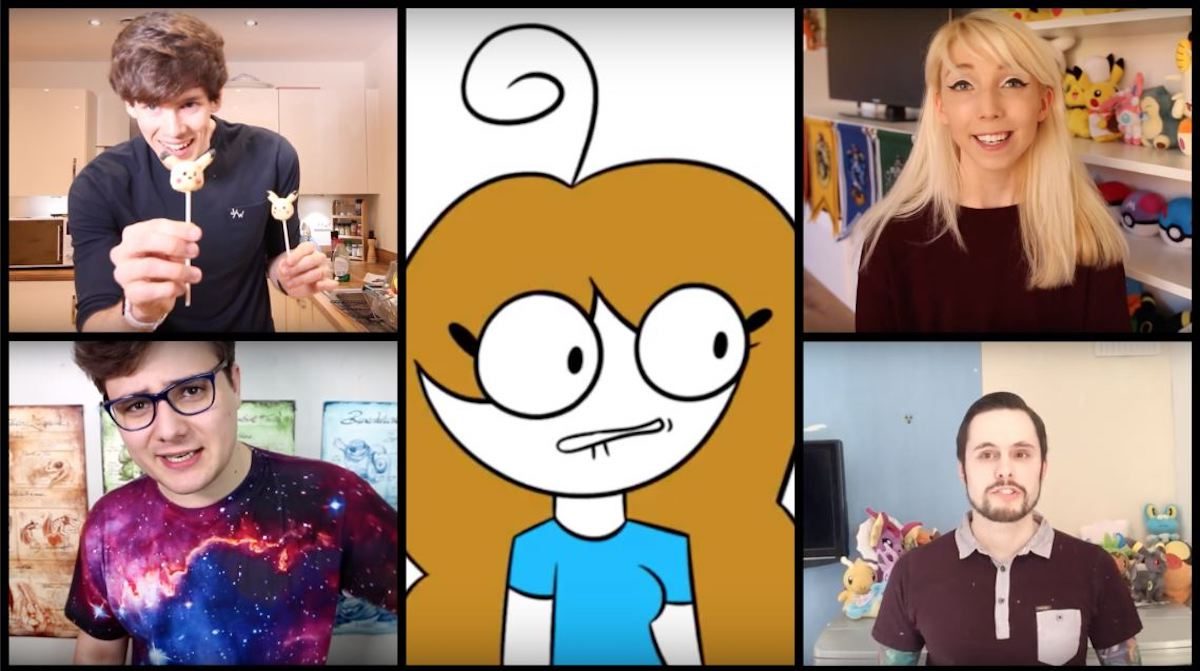 I want to be the very best, like no one ever was…

Show of hands: who else was totally obsessed with Pokémon growing up? If you were like us, you probably spent your afternoons watching the adventures Ash, Misty and Brock got up to whilst travelling, traded Pokémon cards with your friends during recess, and spent the majority of your evenings playing Pokémon Red on your Gameboy Color. To say we were obsessed would be an understatement, so you can bet we were excited about the release of Pokémon Go back in summer 2016 and the recent release of the Detective Pikachu movie.

You know who else loves Pokémon as much as we do? Our favourite YouTubers! They have dedicated many a video to the series and we felt it was time we celebrated that. From amazing pieces of art to dedicated channels, here are our Five of the Best: Pokémon-Obsessed!

We’re kicking off this Five of the Best with a blast from the past. Three years ago, Toby Hill hit 50,000 subscribers and to celebrate he teamed up with Jason Meagher to release a video featuring 50 of the worst Pokémon puns imaginable. (And when he says worst, he means it.)

Anyone who reads TenEighty knows how much we love a good pun. However, we just can’t get over how horrible these ones are. Seriously, we dare you to try and make it through the entire video without cringing. (You couldn’t do it, could you?) Regardless of whether or not you found the puns awful, we have to applaud the creativity both Jason and Toby showed. We often find ourselves spending hours coming with one pun, let alone 50. We can only imagine how long this video took them to make!

We’re constantly blown away by Jamie Jo‘s artistic talent, so you can bet we were over the moon when this video popped up in our subscription feed a few years ago. YouTubers reimagined as Pokémon? YES, PLEASE!

We’re honestly having a hard time deciding on which iteration is our favourite. We can’t get over how cute US vlogger Tyler Oakley looks as Togepi, but there’s also Jack Howard and Dean Dobbs as Squirtle and Bulbasaur. Oh, and we can’t forget to mention how adorable Louise Pentland looked as Mew. How about we don’t choose and say they’re all our favourites?

Prepare to cry as Liam Scott Edwards counts down the top five saddest goodbyes within the Pokémon anime series. Most of these are scenes those who watched the series early on will remember, so prepare for some nostalgia to mix with your tears. (We’re already grabbing the tissues.)

The scenes Liam discusses in this video bring back a lot of emotions and memories for us, as we can distinctly remember where we were when we watched them. While the saddest one mentioned in the video is definitely when Ash left his Charzard behind at the Charicific Valley to train and become stronger, OUR all-time saddest *potential* goodbye would definitely have to be when Ash becomes petrified toward the end of Pokémon: The First Movie, which he mentioned in a later video. Seeing Pikachu and the rest of the Pokémon cry at the belief they’d lost their trainer (and friend) broke us.

Looking At Awful Pokemon Designs I Made 10 Years Ago | CandyEvie

When we were younger, we tried our hand at thinking up our own Pokémon. We dreamed of creating the next best Pokémon, one that could outshine the likes of Pikachu and Poliwrath, but, alas, they never turned out quite how we expected. And it appears we weren’t the only ones to experience this disappointment, as this video from Lucy of CandyEvie shows.

We know Lucy isn’t the biggest fan of these drawings, but we have to say, she should be pretty proud of her 9-year-old self! The drawings aren’t half bad and her ideas for Pokémon were way better than the ones we created. (Ours couldn’t even pass for Digimon, and that’s not a dig at Digimon because we LOVED that show.) Our favourites of hers? Definitely Mysteon and Whalelia. However, we do find Mew 3 a little questionable…

We’re closing things off with a video that’ll both make your stomach rumble and leave you saying “aww”. Yep, we’re learning how to make adorable Pikachu cake pops with the one and only Tom Burns!

Tom’s no stranger to making Pokémon-themed treats, having dedicated a whole series to the hobby, but for some reason we’ve found ourselves obsessed with this video. Maybe it has to do with our love of cake pops? Thankfully for us, Tom lets us use a boxed cake mix, instead of making the batter from scratch, ensuring there is absolutely no way our cake pops will taste gross. (How they’ll look, on the other hand, is a different story.)

We know what we’ll be bringing to our next Pokémon-themed party!

Our Five of the Best: Pokémon-Obsessed! There’s nothing we love more than getting to celebrate our interests outside of YouTube and the fact we were able to write an article that blends our love of the site with our love of Pokémon is pretty cool. Now, if you’ll excuse us, we’re off to see Detective Pikachu for the third time. 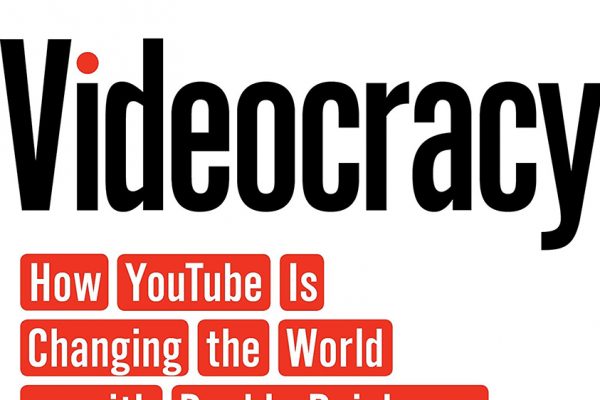 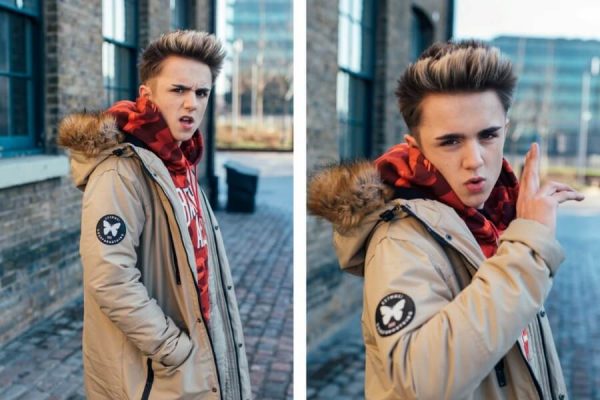 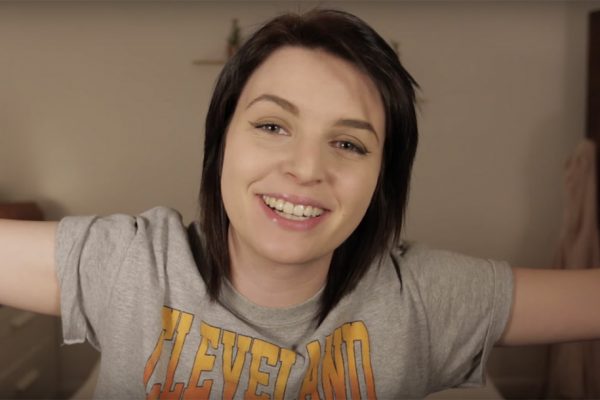 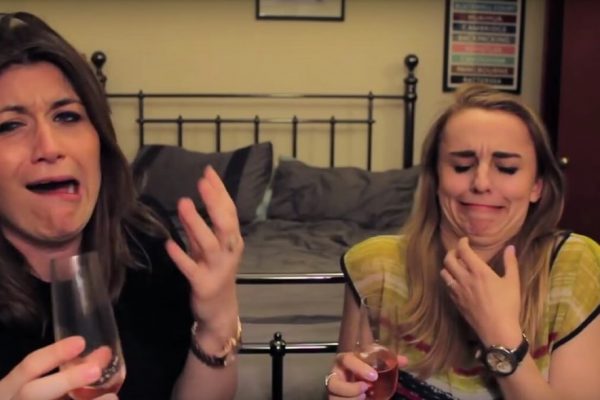