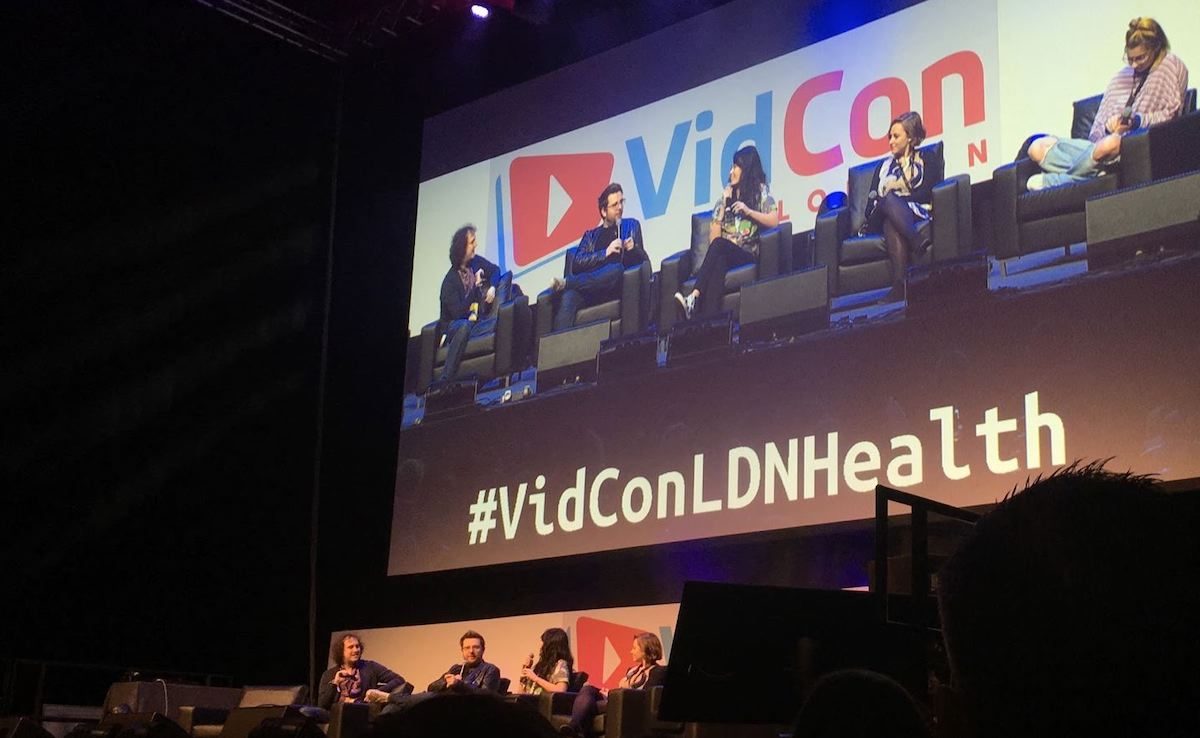 Kicking off the Sunday at VidCon London, Jaiden Dittfach, Gabbie Hanna, Tom Ridgewell and Hannah Witton explored mental health and how they deal with that as creators. The panel was moderated by writer Chris Stokel-Walker.

To kick-off the panel, Chris asked the panellists why they feel mental health is only now being talked about on YouTube. Tom Ridgewell started the discussion, “I suddenly started realising that there was a benefit that others could gain from me sharing things. Like, I’ve made a video about how I got bullied. Since then, I’ve had people coming up to me at events, saying, ‘Oh, yeah, your bullying video made me feel as if I wasn’t alone.'”

Discussing this further, Hannah Witton stated that she sees it “as if it’s a pendulum, swinging back and forth from it being really taboo and there being loads of stigma around it to suddenly lots of quite prominent YouTubers talking about their mental health issues online, and that resonating a lot with the audience”. Although this can be positive, Hannah continued with, “By sharing so much and giving so much to your audience, that then actually can potentially make your mental health worse.”

Continuing on, Gabbie Hanna talked about her personal struggles with oversharing on YouTube, “I feel like I overshare because if I don’t share then it’s just stuck inside of me. When people start attacking you for things that you said honestly and making fun of you or trying to diagnose you, saying you’re doing it for attention, that’s the biggest thing. I wish I would’ve kept some stuff back.” 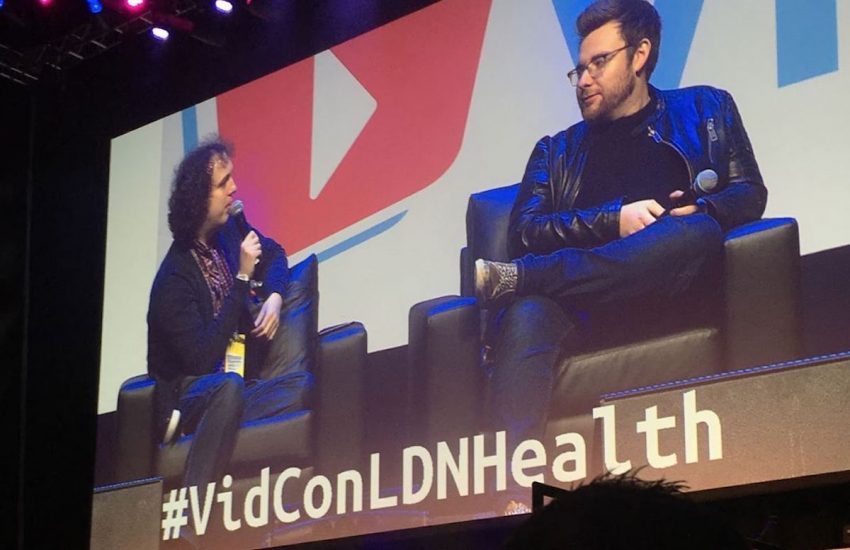 Jaiden Dittfach, known online as JaidenAnimations, expanded on Tom and Gabbie’s points, discussing how she views these comments, “Everyone has a first emotional reaction to something, whether it’s your actual mental health or a comment or something. I consider emotional response the first thing that makes you pay attention to it, but you have to have the second logical response to actually do anything with it, so once there’s the emotional reaction, you can go at it from a logical standpoint and that’s how you’d get over it.”

Talking about the responsibility the panelists feel toward updating their audiences, Hannah discussed her physical disability and why she doesn’t discuss the mental impact of it, “People love the drama. I hadn’t uploaded videos whilst I was in hospital and then I come back thinking that the algorithm’s going to punish me. But then I uploaded a video saying, ‘Hey, I spent four weeks in hospital’ and it’s like, views!

“I’ve been a lot more open with the facts about my physical health,” She continued. “And I’ve talked a little about how that’s affected me mentally, but it’s not something that I’ve really gone into because I don’t want to, and because I haven’t had a chance to properly process that myself. I don’t think that it would be very responsible of me to go into that.” 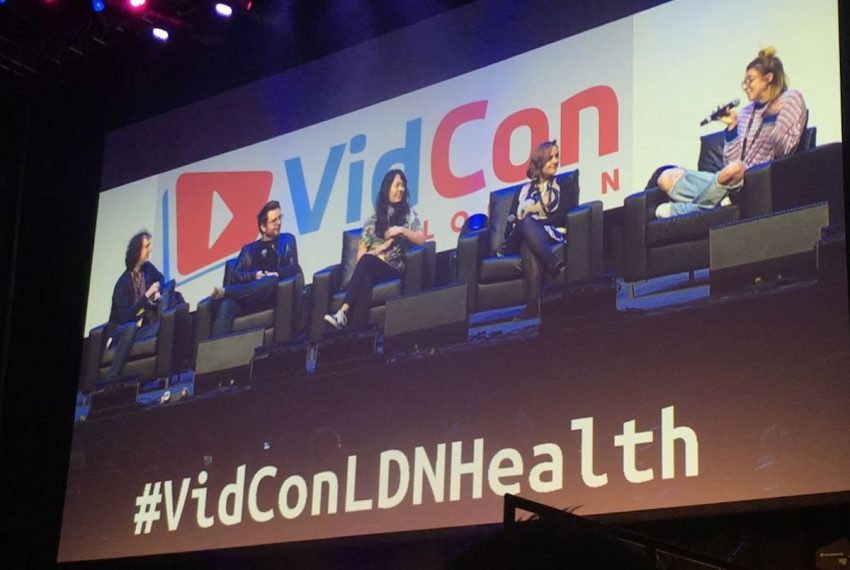 Further exploring the idea of responsibility toward their audiences, Tom summarised how toxic these videos can be if made with the wrong intentions:

“We can make videos talking about our experiences, but at the end of the day, those are entertainment. That’s really the best they can be. I think we all feel this need to be like, ‘Hey, I’m a little crazy, but here’s how to get better’ and then we’re back two months later like, ‘Just kidding, I’m still crazy.’ I think the only responsible things we can do [are] share our stories and encourage people if they’re feeling the same way to speak to an expert.”

Moving onto audience questions, someone asked how to respond to family members or friends with mental health issues. Gabbie started off by saying not to ask to vlog them. Tom responded, “The only thing you can really do is not enable any destructive coping mechanisms. Let them know that you are absolutely there for them and will help them go to a doctor, book them an appointment, and that’s it, I think.”

“Responsibility really shouldn’t be assigned to you,” Jaiden added.

Exploring how finding other creators speak out about their issues helps, Hannah discussed how she searched for women going through similar experiences to her to help her get through her surgery, “Searching for other young women who have had to have surgery and have stoma bags was amazing. It was what really helped me through adjusting to my new life. I can imagine that it’s quite similar with mental health issues too.”

Finally, when asked by a member of the audience about how to overcome the feeling of selfishness linked to asking for space, Jaiden explained, “Ultimately, it’s not selfish to want the best for yourself. I always think that you’re your own ecosystem and you have to maintain yourself, and if there’s something polluting that then you have to kick it out, step back and figure out what’s best for you. You can’t do that for other people – that’s their responsibility.”

Read about the incredible Night of Awesome. You can also check out what was discussed during the Laugh It Up Panel. 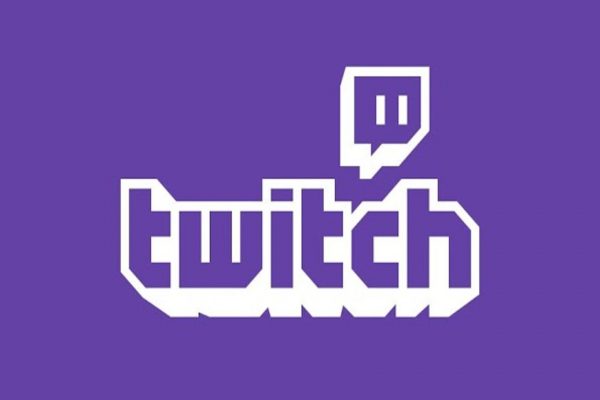 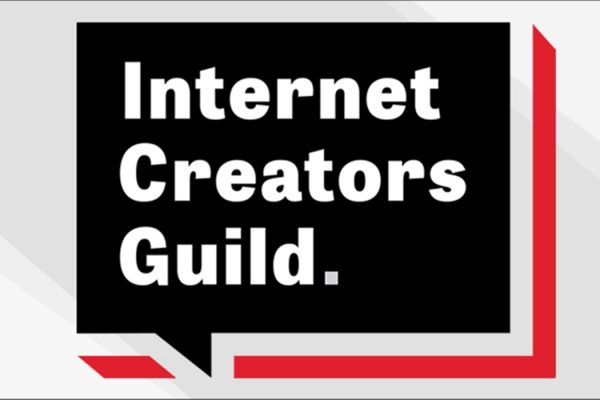