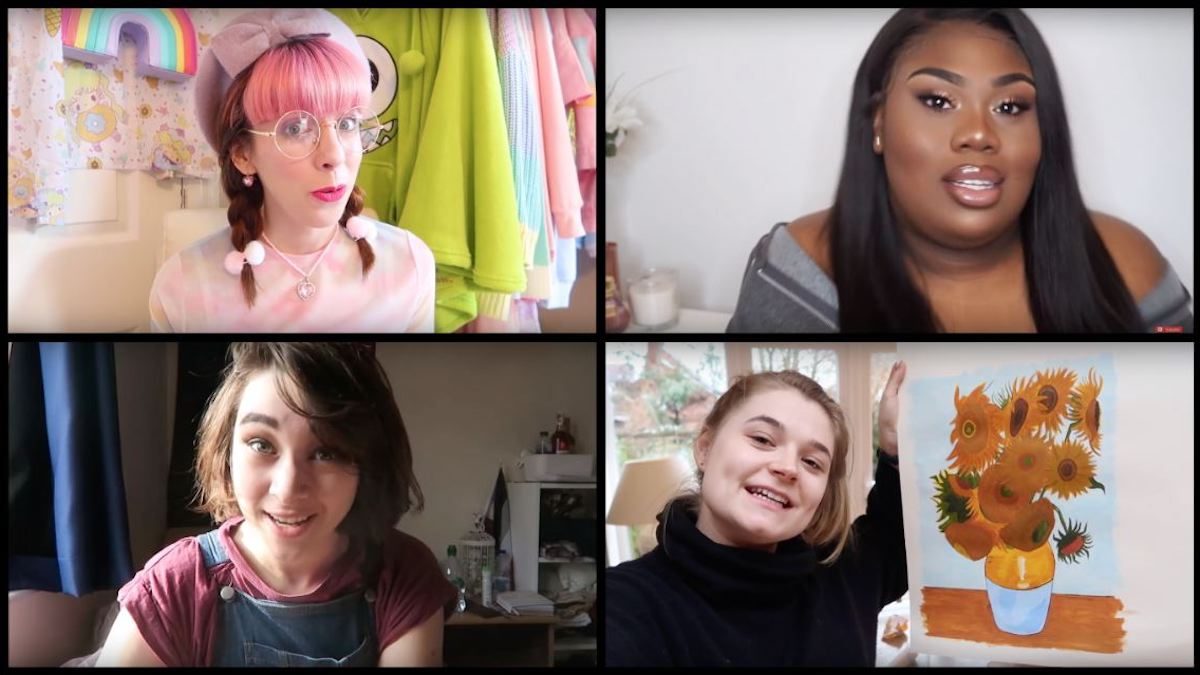 On this day each year, the world comes together to celebrate International Women’s Day. It’s a day that recognises the accomplishments of women the world over, as well as raises awareness of the struggles and barriers many face in various avenues of life. What it brings to light is important and, as such, it’s a day we look to mark each year.

In celebration, we thought we’d highlight 10 up-and-coming female creators we think deserve more attention. Each is making a name for themselves with their stellar videos, and each creates content that leaves us wanting more. Everyone on this list has under 10,000 subscribers, but we predict that won’t be the case for long. Soon, they’ll be soaring and we can’t wait to see their popularity rise. Here they are, 10 female creators you need to check out!

If you’re looking for a channel that’s as cute as its creator, then look no further than Synthpop Circus. Sammy Scott has been making videos on YouTube for a few years now and has gained a following with her love for all things colourful and kawaii. Her channel consists of hauls and unboxings, as well as product reviews and loads of nostalgia-tinged videos. There’s literally something for everyone and we think that’s what will lead to her channel blowing up.

Want to learn more about Sammy? Be sure to read our Channel Spotlight, where we spoke to her about how YouTube helped her deal with the negative thoughts she’s been having and how the site worked to boost her confidence!

It’s no secret that we here at TenEighty HQ are huge fans of Maja Anushka. Oh, and her cat, Ramona. For those unaware, her channel consists of videos documenting her life and the antics she gets up to. She doesn’t stick to just one style, opting to upload whatever she wants. She currently has a vlog series called RAG, where she documents what happens over the course of each month. Considering we’re a huge fan of daily and weekly vlogs, we knew this monthly series would be something from our dreams – and we were right.

As well, Maja has uploaded many videos regarding her mental health. This is an aspect of her channel that we wish to highlight, for we appreciate just how honest she’s been about her struggles with depression. It’s creators like her who are working to end the stigma around mental health and, for that, we can’t thank her enough.

For someone with a great sense of humour, look no further than Becky Pullen. She’s fast become one of our favourite up-and-coming creators and she manages to make us laugh with the majority of her videos. Since we’ve been subscribed to her channel, we’ve seen both her and channel grow, and her content has come to include a wide range of topics and styles.

Some of our favourite videos of hers are I Worked Out Using Twitter For A Week and the time she told us about how she got banned from Neopets. Don’t worry, Becky. We’re pretty sure most of us got banned at one point for breaking a rule on the site. (They’re so strict!)

If there’s one thing we love most about YouTube, it’s that it’s a place that’s accepting of all LGBTQ+ communities. As such, it’s often seen as the go-to place for those looking to learn about their sexuality and find those who identify similarly to them. That’s why we’re featuring Emi Salida on this list.

Since coming out as asexual, Emi has become one of the main voices within the UK’s asexual community. Her videos, which also feature collabs from other LGBTQ+ creators, aim to educate those who have misunderstandings about asexuality, and she’s constantly working toward giving more visibility to those who identify as such. Emi’s channel is a vital one on YouTube and we’re glad to see how dedicated she is to raising awareness.

We love it when YouTubers make a comeback and that’s exactly what Chidera Ota did a few weeks ago! Chidera took a break from YouTube to focus on finishing up her time at medical school – more specifically, Foundation School, which you complete in your final year – but now she’s back and officially a doctor! Yep, she’s graduated and ready to take on the medical world.

Chidera’s channel is great for those looking to go to medical school, as she offers great insight into how it is and the steps she had to take to get accepted. We’re still amazed that she was able to balance a YouTube channel while working on her studies, considering how intensive medical school is, but we’re glad she did, and we’re super excited to see videos about her life as a doctor!

There’s nothing better than some lovely acoustic music, which is why we’re huge fans of Celeste Madden‘s channel, and if you’re a fan of original music, then we know you will be too.

Celeste began sharing her musical talents on YouTube about two years ago, sharing covers of songs from the likes of dodie, The 1975 and more. Eventually, she started to focus more on her own original music, which we’re incredibly happy about. She is such a brilliant songwriter and we love how soft her voice is. If we’re ever looking for some easy listening while we’re writing or doing busy work, her music is definitely the one we turn on. But don’t take our word for it. Give her videos a watch for yourself!

Yes, we know we just wrote up an article about the BookTubers you need to watch, but that doesn’t mean we can’t highlight more! That’s why we’ve included Codie from Codie’s Book Corner! This Scot is here to share her love for books and we are totally here for it!

While her channel features book reviews and hauls, what we really want to highlight is her Weekly Reading Vlog series, which we find super unique and fun to watch! She began the series this past August and it features a look at the books she reads (and aims to read) throughout the week, as well as a peek into her day-to-day life. We love this take on the weekly vlog genre and we can’t wait to see where Codie takes it!

Can we talk about how much we love Harriet Murray? This girl is just so much fun and her YouTube channel is our go-to for fun day out vlogs! We love seeing what she gets up to on the day-to-day, and not only do her videos offer up some major weekend getaway inspiration, but they’ve left us itching to start vlogging our own lives.

Some of our favourite vlogs include KEW GARDENS, PAINTING STONES ON BRIGHTON BEACH and the one featured above, PAINTING A MASTERPIECE. If you want a crash course in what her channel is about, those are the ones we’d suggest watching!

We’re not going to lie, we feel Jay of eataliens has one of the most aesthetically-pleasing channels on YouTube. We don’t know how she does it, but her editing makes her channel look like a dream and we find ourselves wishing we could make our own videos look as nice as hers.

We’ll start off by saying that Jay’s videos begin with the iconic opening from Skins, which alone should make you want to hit the subscribe button. From there, her channel is filled with all types of videos, from song recommendations that are sure to improve your Spotify playlists to lookbooks and chats about her life! She has this aura about her that makes you feel as if you’re real life friends, which is something not all YouTubers are able to achieve.

You know we couldn’t write up this list without including at least one beauty vlogger, which is why we’ve decided to spotlight Phoebe of Beauty with Phoebe. If you’re in need of a rocking look to wear to your next party or event, then her channel is definitely for you. Whether you’re looking for a great piece of clothing or a makeup look that’ll make you shine, Phoebe has got you covered.

Also, did you know this girl is the owner of BWP Bakes? By the looks of its Instagram, the goodies she makes are absolutely delicious. We mean, do you see those cakes and cupcakes?! The girl is incredibly talented, and you can bet we’ll be placing a cupcake order the next time we have an office party.

10 up-and-coming female creators you need to check out this International Women’s Day! While we don’t need a specific day to showcase some badass women creators making a name for themselves, we’ll take any excuse to do so. Do you have any channel recommendations? Be sure to send us a tweet to @TenEightyUK and let us know! 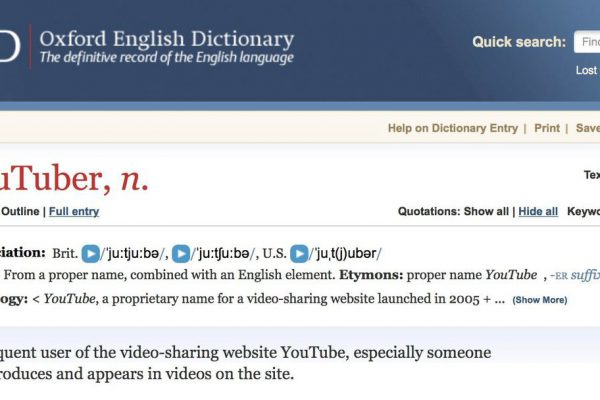 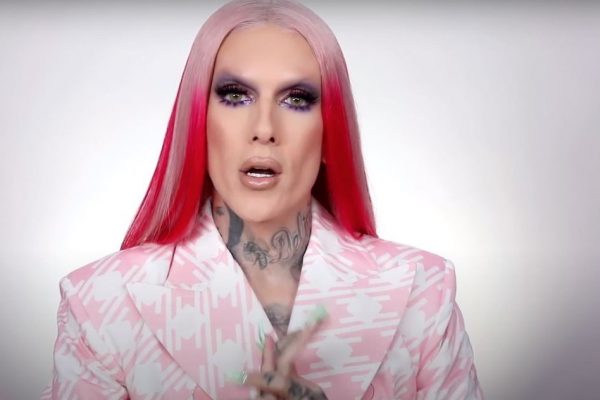 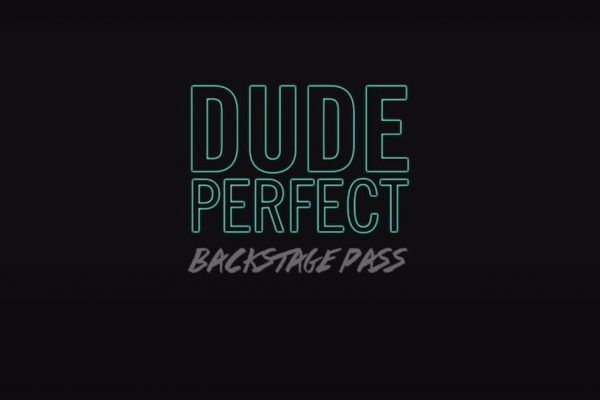