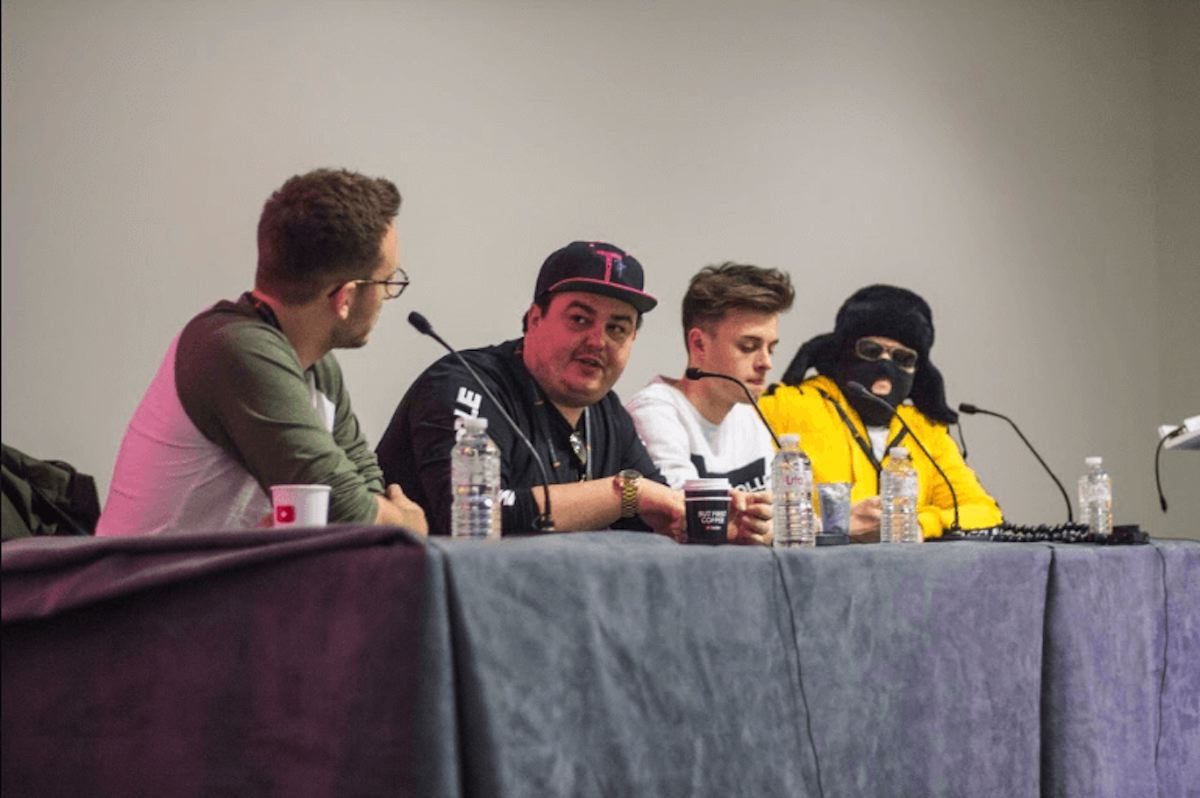 The panel featured Daz Black, Joe Tasker and Life of Boris, and was chaired by Jack Howard.

Jack Howard kicked things off by asking the panelists their joke writing process. Daz Black said that using Vine forced him to get creative and fit a story and punchline within short time frame, “That trained me to think more creatively.” He also admitted to laughing at his own jokes, saying that if he finds it funny he will post it.

Joe Tasker agreed that he has to find his content funny in order to post it and shared how he thinks of the majority of his ideas whilst on the toilet or in bed. Life of Boris said he didn’t realise he was making comedy – he thought his videos were serious, “I was making cooking videos and some people started laughing at me.”

Jack then asked the panel if they felt they made their comedy for themselves or for their audience. Daz said you definitely get a feel for what works and what doesn’t, but that he started because he was bored and messing around with his phone, and, whilst his more recent videos feature a higher production value and more thoughts go into them, he hasn’t lost the personal aspects, “I just make it cause it’s fun and if other people enjoy it, then that’s great.”

Joe largely agreed that when he started it was for himself and his friends before he got an idea of what makes others laugh at his content and subscribe to his channel. For him, it’s a mix, and he only uploads videos if he thinks the audience and himself will find it funny. Boris admitted he didn’t actually know what jokes he’s making or who he’s making them for, but somehow it still works. 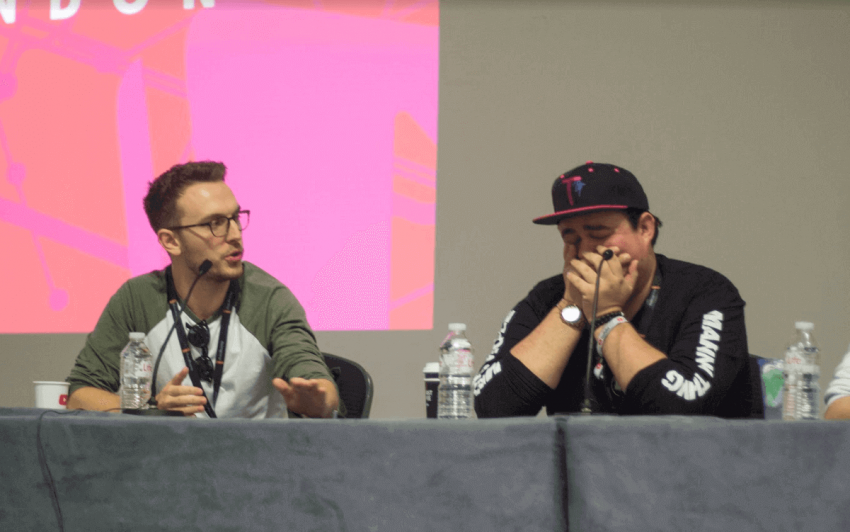 The conversation then turned to representation. Jack pointed out the lack of women on the panel and asked the panelists how they could help improve representation of women in comedy. Daz opened the conversation very simply, “Just be a good person. Don’t be a dick.” He went on to say he will collaborate with anyone, but, more often than not, they say no.

In Boris’ words, “Jokes for everybody.” Jack pointed out the fact the panel perhaps didn’t think about this so much as a result of their own privilege, while Daz pointed out the lack of women on the panel was certainly a question for VidCon organisers.

The panel then discussed how they deal with writer’s block. Daz admitted that he doesn’t get writer’s block, he gets bored and the ideas flow. Joe mentioned that he has a list on his phone he leaves a note in whenever he has an idea, so it’s never close to empty. Like Daz, Boris said he never gets writer’s block and that he lets ideas build up in his head and then puts them all into one video, “People just want to watch whatever I’m putting out. It’s a bit strange”. Daz then noted that he certainly considers what the audience takes into account, but that he would never make inauthentic content just to please his audience.

The conversation moved to a discussion about different platforms and if the panelists would ever leave YouTube. Daz said he thinks he’ll always use social media, but that he would consider acting and writing elsewhere, possibly in television. Joe said leaving social media seemed weird, but, again, he would love to act in comedy, be a presenter and maybe try stand-up comedy. Boris explained that he started YouTube and didn’t try anything else until he reached one million subscribers, at which point he tried Twitch, but he can’t see himself being popular anywhere else. 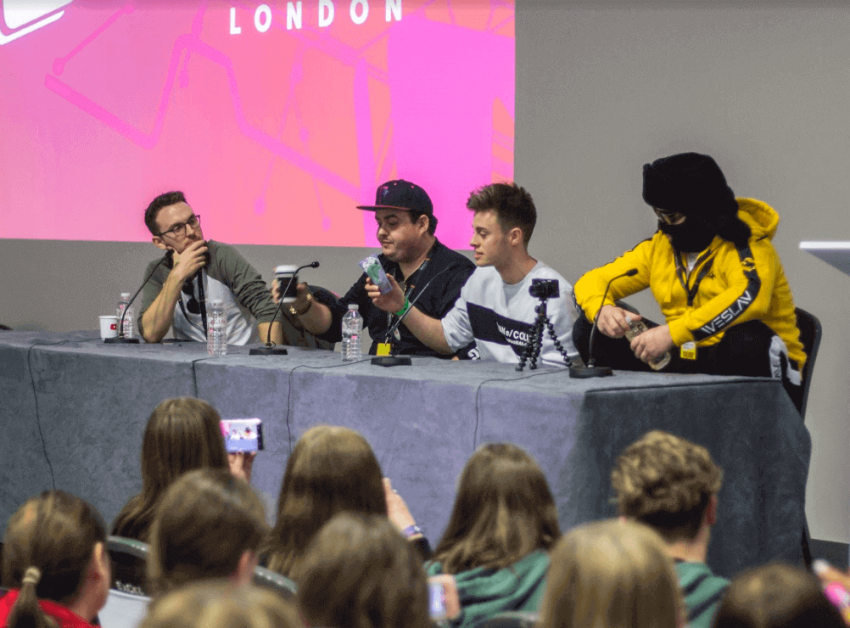 The panel then began discussing their inspirations. Daz mentioned Brandon Hardesty, who was the reason he downloaded Vine and started making videos in the first place. Joe said he got inspired by Jim Carey and Mr. Bean from watching videotapes at his Nana’s house as a child. Boris couldn’t cite a specific inspiration, but didn’t want to say he had none. His starting point in making videos was sending funny videos to friends and that was his original inspiration.

Questions were then opened up to the audience. The first person asked how the panelists stay inspired in a changing comedy landscape. Daz said you shouldn’t adapt a story you want to tell. You’ve got to find your true audience and stay true to your own comedy. Joe pointed out that creators change and there are new ones all the time, and whilst old comedy is still good, there will always be new comedy.

According to Boris, humour is all the same. if you lose some people, they may come back and you should continue to make things regardless.

The panel were then asked how they get inspired. Daz shared how he is inspired by boredom and people laughing. Joe agreed that people laughing inspired him and added that meeting viewers at events like VidCon inspires him. Boris agreed with this sentiment, pointing out that VidCon was his first time meeting people at an event. 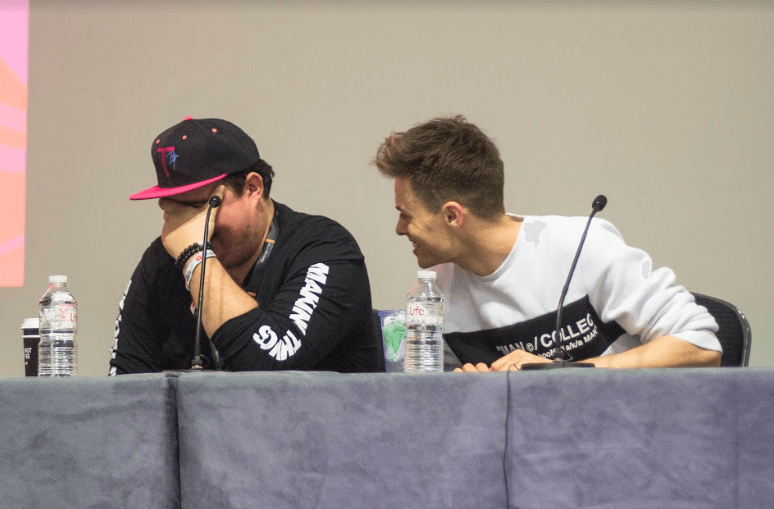 If the panel members could go back 10 years in time, would they change anything? Daz said he wouldn’t, while Joe said he would probably sleep more. Boris would quit his job long before he did. Boris was then asked how he decides if a new idea is worthwhile, to which he responded, “I cannot always keep making videos about the same thing. I have to evolve.” He noted that you never know when you have to switch up your content.

Daz was asked how long his videos take to make and he admitted that it varies widely. Some take a day, while others can take up to a year to plan.

The tone got more serious when the panel were asked how they feel about being told they’re not funny. Daz felt if people don’t find his content funny then they shouldn’t watch it, “If you don’t like steak, you’re not gonna go to a steak restaurant and shout about how you hate steak.”

Joe agreed, and Boris’s answer was even simpler, “Most people say I’m not funny. Next question.”

Read our interview with Hank Green. You can also check out how the YouTube community reacted to the convention. 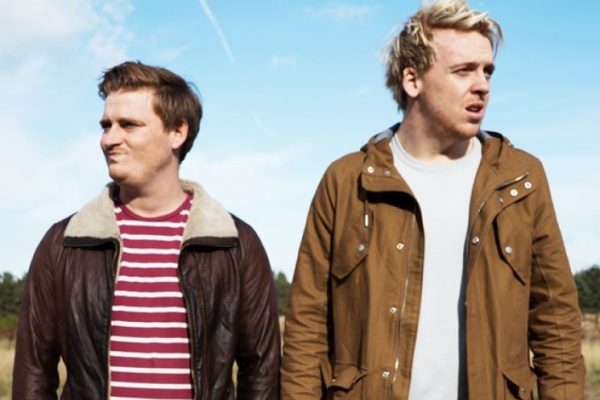