AHHHHH! Oh, sorry, just looked in the mirror. This past week was filled with all sorts, with the day most look forward to for dressing up: Halloween! Scary films and no lights on is the way to go for some, while others were out on the town doing their best to scare everyone with their questionable choices in costumes.

Enjoy the sweets and the chocolate, as Christmas is not that far away!

Fresh from being highly placed on Spotify’s New Music Friday playlist, dodie’s released a live performance of her newest single, If I’m Being Honest, taken from the upcoming Human EP. A beautiful, black and white piece that places her and her vocals front and centre, giving us a great way to engage with the new tune. Yet another triumph!

The Wembley Cup, created by Spencer Owen, has fast become a staple of the YouTube football calendar. However, 2018 is bringing us something new. Instead of one 90 minute match between two teams, there is 30 minute matches with four teams taking part, bringing all sorts of new talent, such as Theo Baker, Billy Wingrove, Callum Airey and Stephen Tries selling their wares on the Wembley pitch.

Tickets are currently on sale for the 25 November event!

Duo Rebecca Need-Menear and Jamie Finch, better known as Anavae, are back with their new track, Afraid. Wonderful production and great vocals come together to create something memorable, blessing us with a great rock song that showcases the pair’s talents. The accompanying music video is full of colour and sexiness, the perfect vibe for this one.

As technology progresses at a ridiculous rate, looking back at what has come before becomes more important as time progresses. Matt Amys shows us a mixture of old and new, overlaying brand new graphics on top of 1990s Formula One footage, creating a completely new experience.

This is something that would work for all sorts of different sports, like 1970s football or 1980s cricket, and we hope someone does something similar with old footage of those in the future.

In the age of Avengers: Infinity War and universe-ending stakes, Full Fat Videos is here to talk about something a little different. With Venom being lauded as a release that “feels like a film from 2003”, they break down why that might not be such a bad thing.

However, Venom still isn’t that good, no matter how you spin it.

Lex Croucher is here to be a keeper of the romcom, a somewhat dying breed of film with a heyday in the late 1990s and early 2000s, with films like Notting Hill. Who else but Netflix has come along and resuscitated the genre, bringing new offerings directly into our homes and phones. Some are good, some are Sierra Burgess Is A Loser. Lex is here to tell us what she thinks, and maybe you’ll take notes for your next scrolling session in the upcoming cold, winter months.

Ben Morris is back to show us the down and dirty parts of being a Deliveroo driver. How do they handle the chicken chow mein? That’s what we want to know! For the uninitiated, this is a fascinating look into what goes into being a delivery system for gluttony and sustenance – cookies at 3.00 GMT, anyone? The colour of the jacket alone makes us want to do this too.

Zac Alsop and Jamie Rawsthorne blag a lot of stuff, but to a certain group of people. However, this video may well be the biggest blag of the lot! They found themselves on TV, getting to bow down at the feet of the wise and great Louis Theroux live in front of five million people on the BBC. Maybe we’ll see a documentary about online creators soon – this is the first step towards that version of the future!

Jamie Jo has talent in every inch of her and her latest video shows that off in a wonderful way. The 13th Doctor, played by Jodie Whittaker, has been a revelation since gracing our screens a few short weeks ago. She’s become a massive source of inspiration to Whovians all around the world, including Jamie, who created a portrait of the character that we’d love to have in our homes.

About Sam Gillard
Award winning writer of all manner of things, find me on twitter @thesamgillard
View All Posts by Author
Channel Spotlight: Lucia Violet
Tweets of the Week: 29 October – 4 November 2018 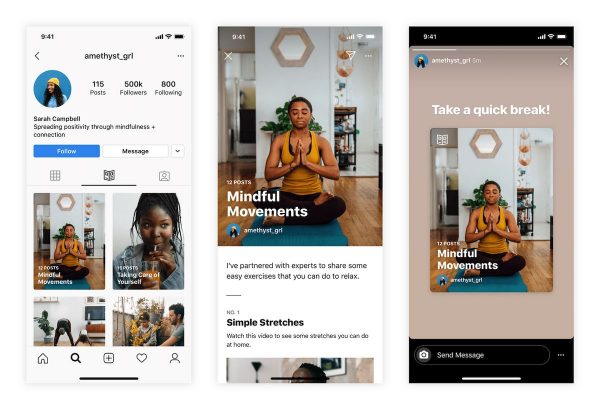 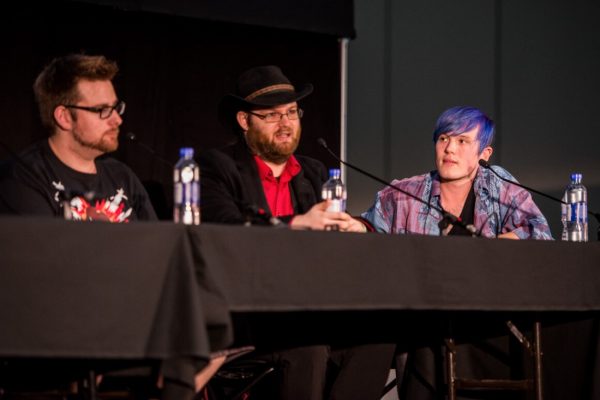 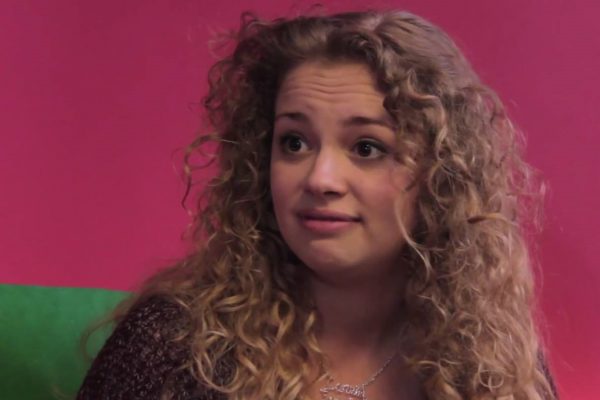 Carrie accused of Victim Blaming on the 4:01 Show