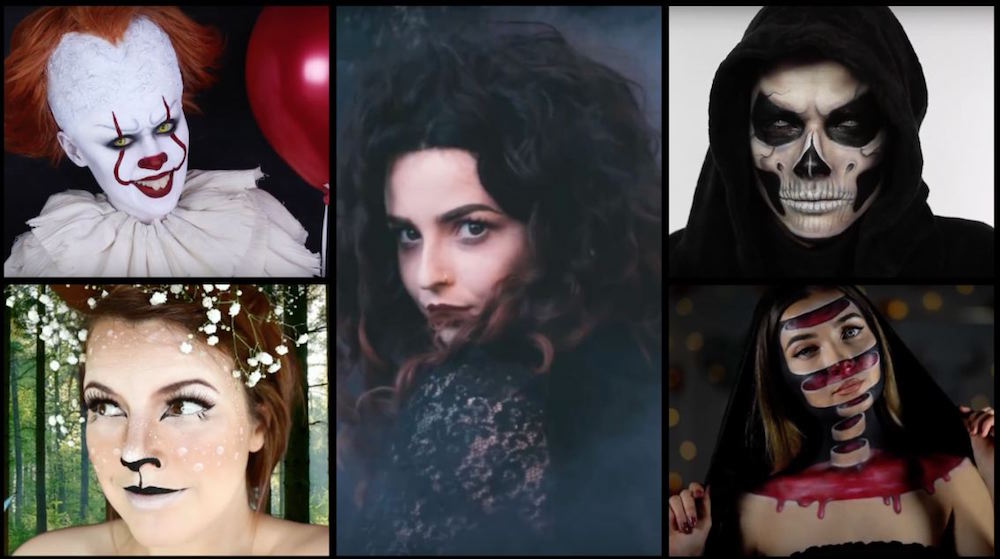 The jack-o-lanterns are lit, the moon is high in the sky and everyone is getting ready for the spookiest night of the year. Whether you’re heading out trick-or-treating or preparing to host the best of Halloween parties, tonight is the night where you can let your creativity shine and embody some of the best (and creepiest) characters around!

Our favourite part of any Halloween celebration is getting to dress up, but we understand it can be hard to think up the perfect look. That’s why we’ve done some digging through the depths of YouTube to find the best tutorials around. Whether you’re looking for something cute or simply want to terrify your friends, these videos will help you get the job done. Prepare to find your perfect costume with our Five of the Best: Halloween Looks!

Oh, deer, it looks like we’ll be kicking of this week’s Five of the Best with this adorable woodland-themed Halloween look from Cherry Wallis! To say it’s a-deer-able (that pun totally doesn’t work, but we still had to include it) would be an understatement, and it’s definitely one we’ll be rocking this year!

Whether you’re a fan of Bambi, nature or adorable animals, this Halloween look is definitely the one for you. Our favourite thing about it is how easy it is to re-create. Through the use of some makeup, creativity and a visit to the local craft store (you know, for the antlers and flowers), you’ll be ensuring all eyes are on you at every Halloween party you attend! Just be warned: the amount of deer-related puns you’ll hear throughout the night will be plentiful.

Is there a more iconic Halloween character than the Grim Reaper? Well, maybe the Devil, but he’s so overplayed. The Grim Reaper is where it’s out this spooky season, so we’re glad Shonagh Scott uploaded this tutorial to show us how to make sure we get the look just right!

Shonagh has always managed to blow us away with her Halloween tutorials, but we feel this one is definitely one of her best. While it might be a bit more intricate than your typical Grim Reaper costumes, it’s one that definitely pays off once you see the end product. The definition of the brow bone and the creepiness of the eyes leave us feeling totally on-edge, and we can’t get over the amount of detail put into the mouth area! Seriously, what do we have to do to be as talented as Shonagh?!

It’s safe to say that at one point in our lives everyone has dreamed of being in the Harry Potter universe. The magical world and characters JK Rowling have created has long kept us mesmerised, and we simply find it unfair that we’ll never be able to attend Hogwarts. Recently, Helen Anderson was able to make such a dream a reality by turning herself into the evil, yet, oh, so cool Bellatrix Lestrange.

It’s no surprise Helen would be going out this Halloween as Bellatrix, given that she and Helena Bonham Carter are pretty much twins. To get this look, all you need is a curly brown wig, some makeup and a black dress… Oh, and an undying love for all things Harry Potter. From her singing of the franchise’s theme song to her reciting of some of Bellatrix’s most famous lines, we think Helen nailed this costume, and you can bet we’ll definitely be recreating it for our own Halloween celebrations!

Want to trip your friends out whilst also showing off your makeup skills? Then look no further than this Halloween tutorial from the Queen of Halloween herself, Roksana Janiszewksa! This look is pretty much guaranteed to make everyone think they’ve eaten far too much candy and are having some major sugar-induced hallucinations!

Roksana has been sharing numerous Halloween tutorials this spooky season, but this particular spliced up look is one we simply haven’t been able to get out of our heads! The fact it’s done using only face paint blows our minds, and we’re still left wondering how on earth Roksana was able to pull it off! It’s definitely one of the more difficult looks on this list to re-create, but if you know your way around a paintbrush, we highly suggest giving it a try!

Closing out our Halloween-themed Five of the Best is this Stephen King-inspired look from Emma Pickles! While the remake of It might have been released in 2017, there’s nothing to say you can’t strut around town as Pennywise, scaring everyone you pass.

At first glance, this look might appear complicated, but we promise it’s much easier than you think! All it takes is some liquid latex, face paint, makeup skills and a love for all things horror! We’re not going to lie, it’ll probably take some time to get it just right, but the end result is totally worth it. We mean, did you see how creepy Emma looks?! This is the stuff of nightmares! We wouldn’t want to run into her whilst near a storm drain.

Our Five of the Best: Halloween Looks! With these tutorials, you’re more than guaranteed to win all the costume contests this year! No matter how you spend this spooky night, we hope you all have a fun and safe Halloween. Just make sure not to eat all your candy at once – you don’t want to wake up tomorrow with a stomachache!

About Clare Fitzgerald
Aspiring journalist whose life revolves around Pokémon Go and YouTube. | @JournoClare
View All Posts by Author
Weekly Round-Up: 22 – 28 October 2018
Seven EduTubers You Should Be Watching 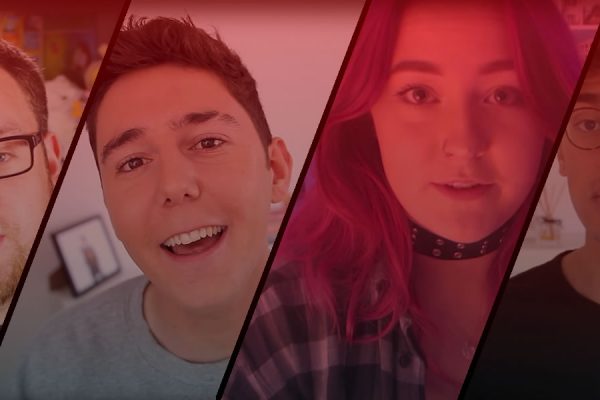