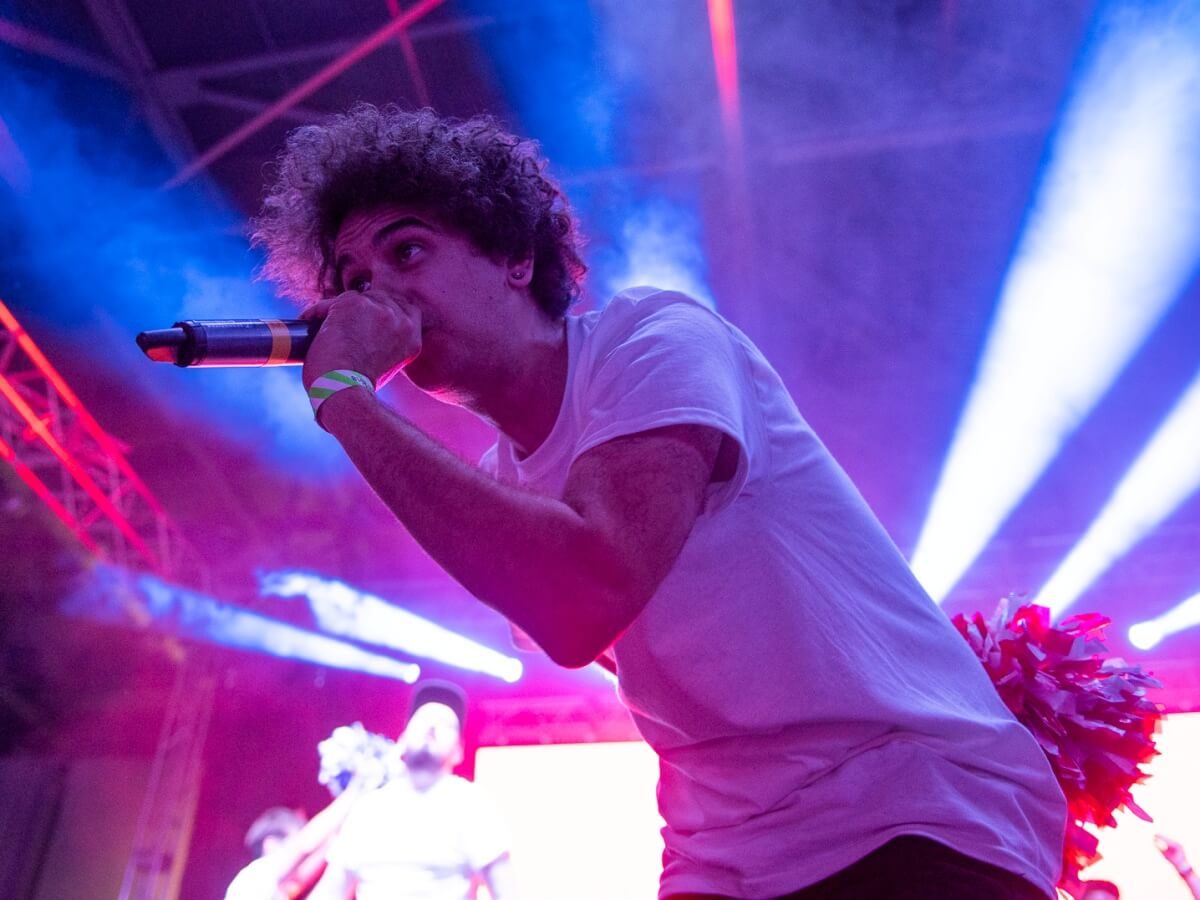 But we’re not gonna lie, we never expected things to get this weird.

Here’s the conversation we had at Summer in the City with Stefan Abingdon, Ashley Horne, and Dru Wakely from The Midnight Beast. It includes a lengthy anecdote about a microwave, Dru referring to himself in the third person, and Ash using a fun question about a hot air balloon as an opportunity to predict the death of a national treasure. 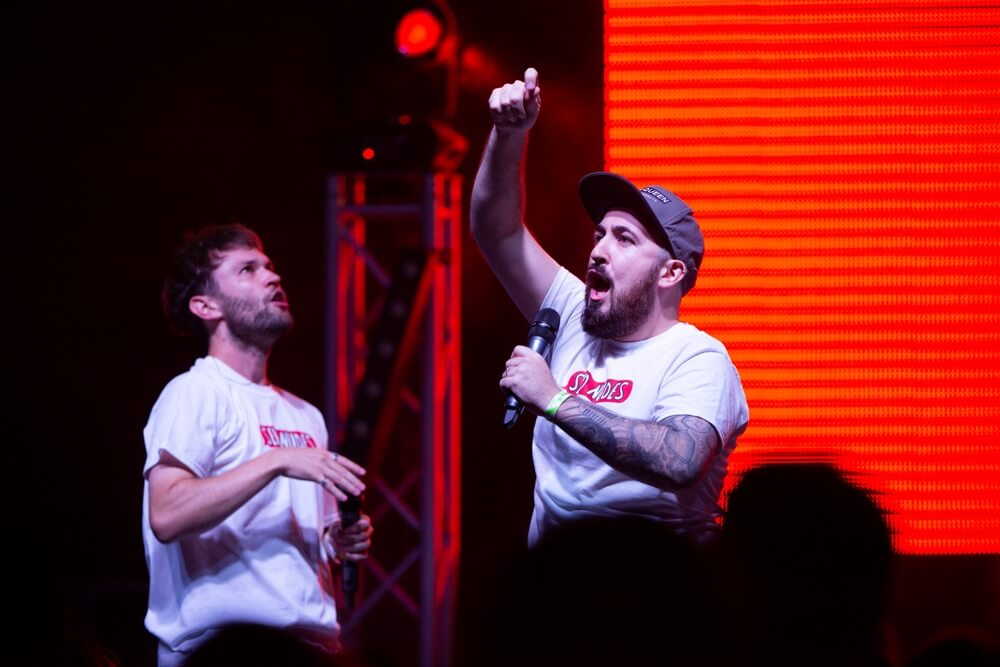 Hello, The Midnight Beast. What did your teachers say about you at parents’ evenings?

STEF: “I remember getting ‘He’s a hardworking little man’ on one of my teachers’ reports. But it didn’t really say anything else – that was it. That was my drama teacher.”

ASH: “I think my parents once came back and they’d had ‘Your kid smiles a lot’. But that sounds creepy, doesn’t it? Nothing about my grades or anything – just, like, ‘He’s very smiley’.”

DRU: “My teachers always said to my parents that I had ‘verbal diarrhoea’. I would just sit there and chat.”

If you were trapped in a toilet with no means of escape, who would you call for help?

DRU: “Out of each other, or just anyone? I recently got married, so I’d just call my wife and get her to get me out.”

ASH: “I was thinking my girlfriend’s dad, who’s a fireman – because he’d have all the equipment, right? I’d like him to rescue me and carry me out of the toilet.”

STEF: “Practical. That’s nice. I’d probably… Out of the two of you guys, I feel like you [Dru] would be more practical with a lock, and I don’t know why.”

STEF: “I think he’s better at trouble-solving than you.”

If the human race ran out of conventional food, but discovered a way of transforming music into edible pellets and had to eat them in order to survive, what would the music of The Midnight Beast taste like and how nutritious would it be?

DRU: “Probably not very nutritious. I imagine our food pellets would be quite sour.”

ASH: “Yeah, I feel like it would be quite a muddy taste. Do you know what I mean? Like, ‘I didn’t enjoy that whatsoever’.”

STEF: “Quite hard to digest. Because, like, no-one ever can.”

DRU: “It’d be quite hard – it would be quite a hard texture.”

ASH: “So what would we resemble it to? Rocks?”

STEF: “Minty? Or the texture?”

ASH: “Rocks! Or a piece of rock, where it looks lovely on the outside, but you bite it and it could break your teeth.”

STEF: “That was good. Never took off.”

DRU: “Too expensive to make.”

STEF: “We did try to do condoms for a while, because JLS were doing them and we were trying to do a spoof of it. But it was very expensive.”

ASH: “We did a sex educational video, didn’t we?”

DRU: “Which would have coincided lovely.”

STEF: “And that got rejected by a lot of places. So that would be the best merch, wouldn’t it?”

What would you have put on the condom wrapper?

STEF: “No, that’s for the educational video.”

When was the last time you used a kitchen utensil in an unorthodox way?

Nobody else has taken it as a sexual thing, but feel free to go with that if you want.

ASH: “No, I’ve never used a spoon for anything apart from eating yogurt.”

DRU: “I tried to use the handle of a spoon to push a cork into a bottle of wine. That’s as unconventional as I’ve got recently.”

DRU: “No, I got a lot of wine spilt. Well, it kind of worked, but the more the cork went in, it kind of came out the sides. And the cork broke. So lesson learned.”

STEF: “I, for some reason— I don’t know what was going on, but I was in a very deep conversation with my friend, and I put the sieve on the hob. I think I thought that it was meant to go there. And it melted.”

ASH: “I’ve got a story. I don’t know whether it will apply to this. We were once at Edinburgh Festival, which was last year, and we were using a GoPro to film everything. And there was a weird smell, weren’t there? And we were like, ‘What’s that smell?’ And we went into the kitchen, and the microwave was on, and we were like, ‘What’s in there?’ We opened it up, and there was a GoPro. He [Stef] had gone and put it in there, on his lack of sleep—”

STEF: “I was trying to get a shot with it! I thought it would be sick if it just revolves, and then you open it. And I forgot that a microwave heats stuff up.”

ASH: “And you’ve probably guessed it probably didn’t work after that.”

So you didn’t even get the footage?

STEF: “No, didn’t even get it. So I went upstairs, ordered a new one, and just carried on with my day.”

DRU: “But you couldn’t get away from the smell.”

STEF: “I was cooking something, and everybody was like, ‘What are you cooking? Rubber?’”

DRU: “Birds are magical creatures with little tiny feet and large wings, which means they can fly around – and sometimes hover, depending on the bird.”

How do they make you feel?

DRU: “They make me feel giddy, because I’d like to fly.”

Do you have a favourite bird?

Is that the kind of bird you would like to be?

You’d be a kind of bird that you don’t like?

DRU: “I don’t not like an eagle. It’s a very close second. I just think pigeons can be a bit underrated.”

You each have a hot air balloon. If you could take anyone with you to travel the world in it, who would it be?

STEF: “Oh, nice. I need to think about that, cos that’s a good question.”

DRU: “He could give you so many facts, as well.”

ASH: “He could. Over the sea, pointing out things. But then there’s going to be a point where he just… [makes dying noise]”

STEF: “What have you got planned?!”

STEF: “It’s a question about a hot air balloon, mate, move on.”

ASH: “I’ve made it about David Attenborough’s health. Sorry.”

STEF: “Mine would be Elvis Costello, because I have a lot of respect for him. But a lot of people have said he’s not a very nice person. Never meet your idols.”

DRU: “You can’t really get away from him [in a hot air balloon], as well.”

STEF: “I think I’d take the risk. Elvis Costello. You?”

DRU: “Well I said my wife before, I thought it’d be really boring if I said ‘the wife’ again – she’s got an answer!”

Finally, what’s the weirdest interaction you’ve ever had with someone else’s mum?

STEF: “There’s this particular lady who calls herself ‘Mummy’, and every time she sees Dru she just gives him the eyes.”

DRU: “She took quite the shine to me. Nothing happened!”

DRU: “No, nothing happened, but you know when there’s just a lot of eye contact, and a lot of, like… ‘Mummy wants a cuddle’ was the precise phrase.”

STEF: “And that is a constant problem for Dru. Constantly. All the mums.”

STEF: “Don’t talk about yourself in the third person, it makes me feel sick.” 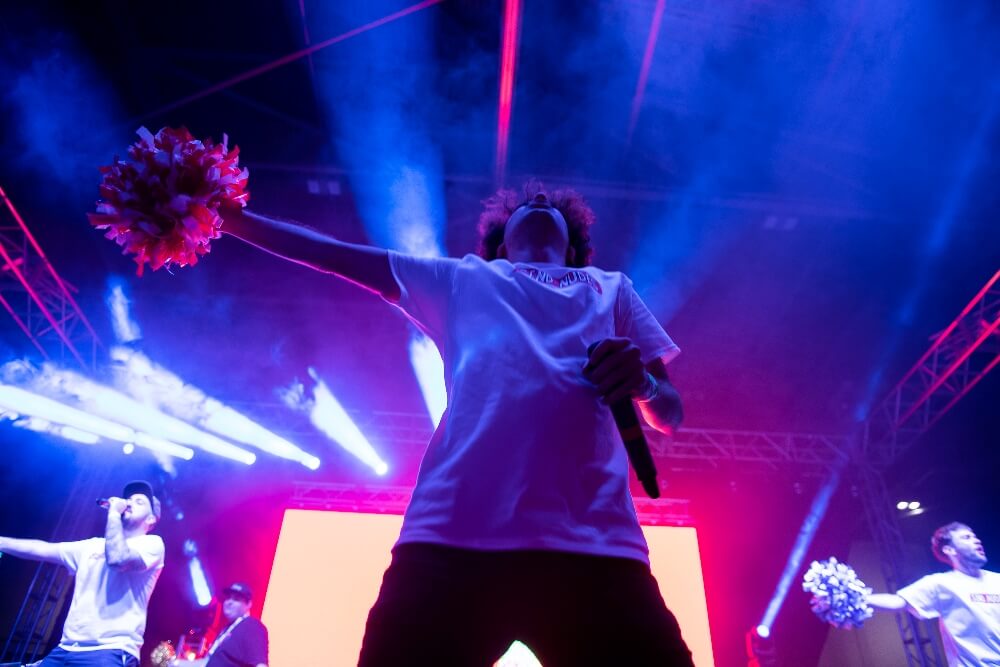 And come early next week for the last interview in the current series, with Roly West! 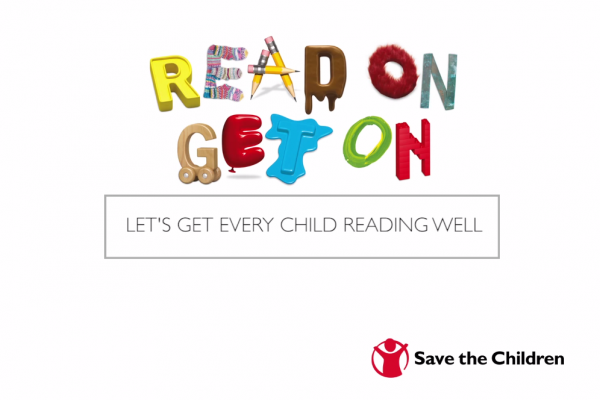 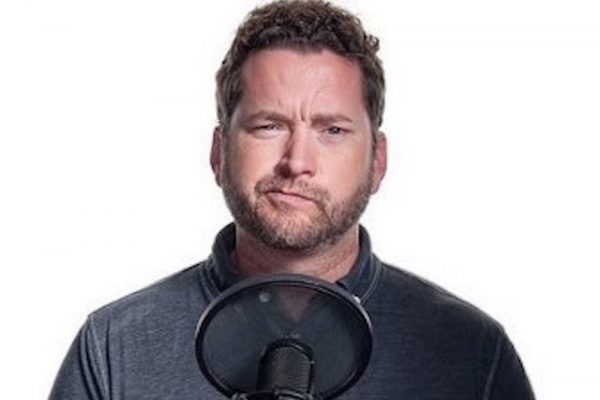 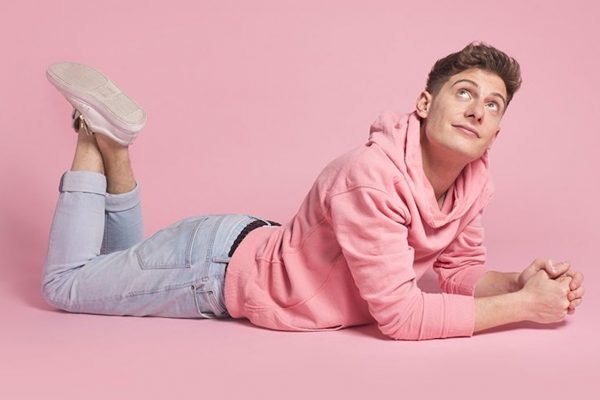 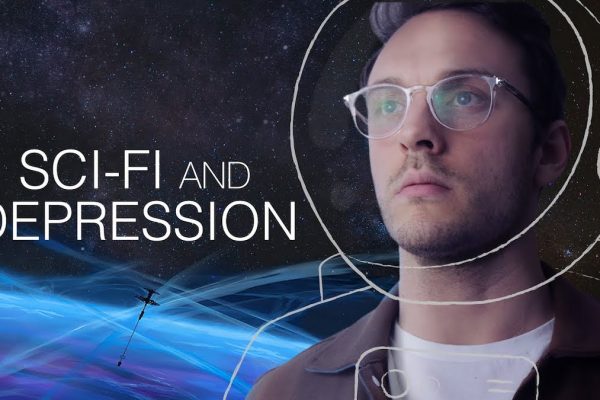