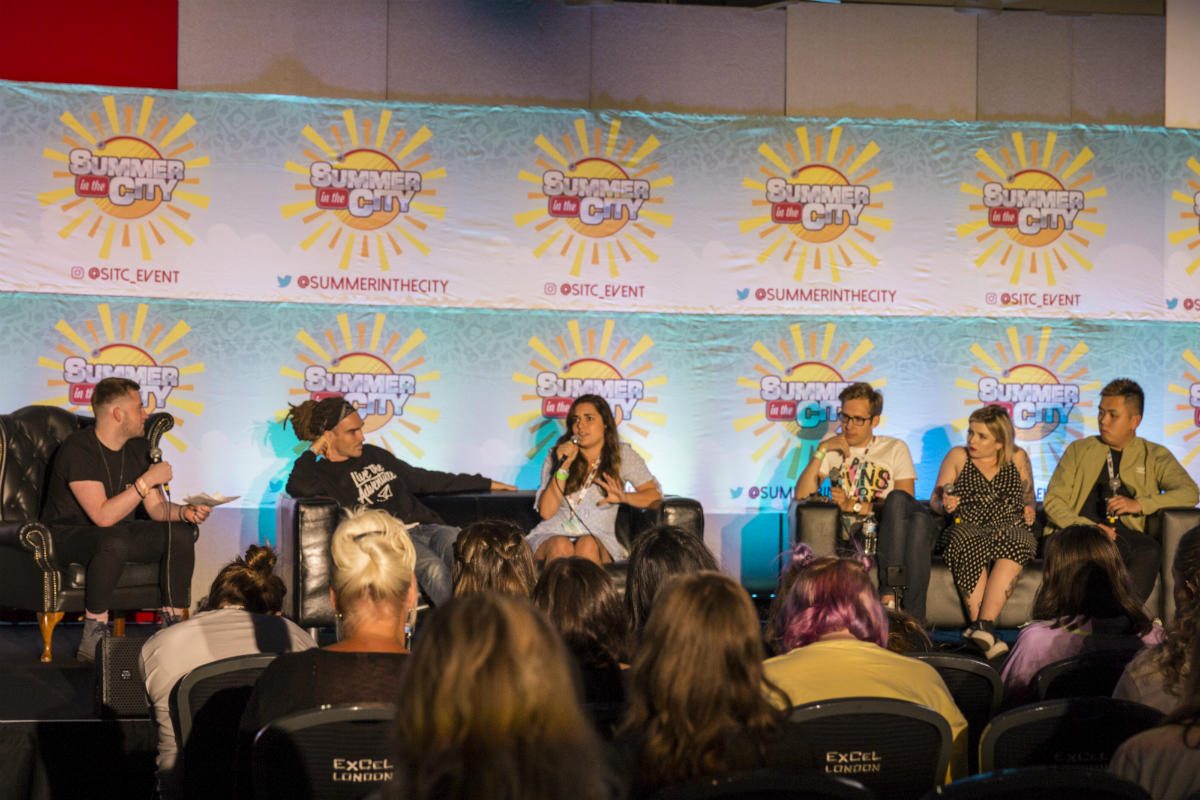 Travel Panel at Summer in the City 2018

The Travel panel took place on Sunday at Summer in the City 2018, in Panel Room B. It featured Louis Cole, Raya Encheva, Tim Chung, Helen Anderson, and Evan Edinger.

The moderator began by asking each of the panellists how they got into creating travel content. Raya‘s channel was born out of a desire to see her passion reflected online by women creators. “All I knew about women on YouTube was beauty and fashion, which was never something I was interested in,” she explained.

Both Evan and Louis had already been involved with the platform for several years before venturing into the travel community. In 2011, Louis began his first channel, FoodForLouis, which introduced him to the breadth of communities present on the platform. Evan had been making vlogs for nine years before putting out travel-focused content. “I used to do very simple travel vlogs,” he explained, citing smaller day trips to locations within the UK. He then began seeking advice from some larger travel vloggers and started to vlog about longer, three-day trips.

The conversation then shifted to whether the panellists have any limits to what they film. For Tim, that’s a discussion he has individually with those who appear in his vlogs. “Just ask,” he said, when explaining how he goes about navigating the situation. “Friends have days where they just don’t want to be on camera, and that’s fine,” he added.

Several panellists noted that they choose not to include their family in their vlogs, including Louis with his brand new niece. Helen explained that she used to be a lot more open in her vlogs, filming everything in her last relationship and, consequentially, the following breakup. “Now, I’m a bit more cautious with what I put up,” she said. “Just choose carefully what you’re sharing.”

As for reservations about filming themselves in public, the panellists had a few. Evan still finds himself a bit embarrassed to film in public, while Helen makes herself more comfortable in the process by reminding herself that it’s ultimately just her job. “I think a while ago, when I first started vlogging, Snapchat wasn’t a thing, Instagram stories weren’t a thing, so people looked at you really strangely,” she said. “Now, people are Snapchatting all the time and you get less odd looks. Vloggers are more mainstream, so people know what you’re doing.” 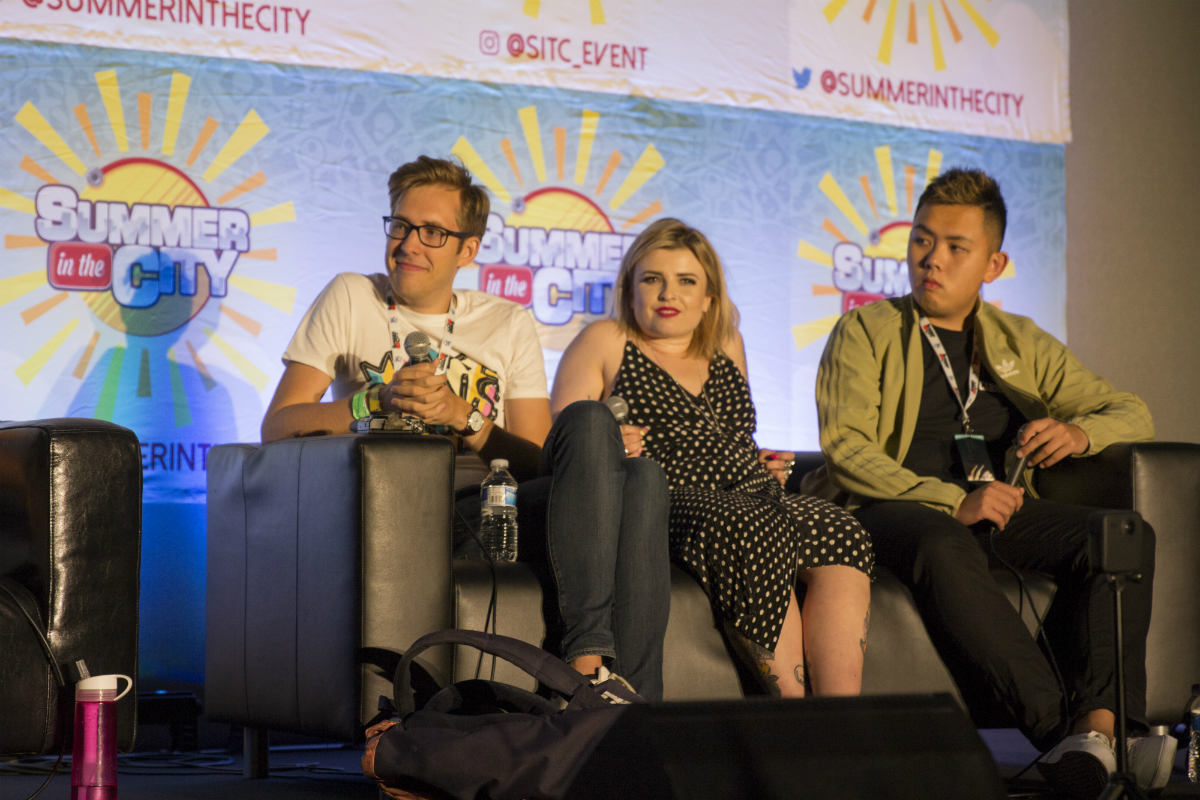 “Just remember,” added Raya. “You might be freaking out about filming yourself, but that person who sees you will forget about it in 3 seconds.”

The moderator’s next question spurred an interesting discussion: with travel as their job, do travel vloggers still take trips for leisure? “I actually really love filming,” said Louis, who finds that the editing aspect of creating content is the part that weighs down on him as “work”. “There’s a reason we do what we do,” continued Raya. “I have a hard time experiencing something and not sharing it. The main thing is to not put the pressure on getting a vlog produced. Just give yourself permission to enjoy your trip.”

While Helen agreed that she enjoys filming everything she does, she mentioned that “having an agenda changes the perception of the trip.” If she was focused on getting shots, or going to places solely because they were deemed ‘instagrammable’, the trip would then felt like work. “If there’s a narrative, I’m always more stressed,” added Evan.

Tim, who is relatively new to the community, said that he doesn’t often come across brand deals and so “every trip is an opportunity.”

Finally, the panellists were asked for one piece of advice they would give to those wanting to produce travel content. “Do what you want to do,” said Helen. “I don’t get much out of going to ‘instagrammable’ vacation spots, and when you’re creating content, it’s much more fulfilling to create what you want.”

Raya added that it’s important to remember that your channel is your vehicle to create whatever you want. “I got so excited about travel vlogging that I put myself in a box,” she explained. “For so long I wanted to talk about other things and never felt that I could.”

Evan touched on some often ignored self-care, advising creators to “value your sleep and give yourself a break.”

Louis echoed this, and specifically how it relates to daily vlogging. “A lot of people I know will say ‘I’m gonna try daily vlogging first’, which is a lot!” he explained. “Something we don’t talk about enough is the negative impact that burning out can have on you, so pace yourself.

“I’ve seen so many people where this has really affected their mental health. There have been times where I’m exhausted, my friendships have been affected…just set realistic goals and don’t have the pressure of scaling your channel really quickly.”

About Kiersten Nordin
I don’t know what game you’re playing but you’re upsetting the Dementors and entirely ruining Voldemort Day. | Twitter @kierstennamber
View All Posts by Author
Video Spotlight: Why GCSEs are NOT THE END OF THE ROAD
Video Spotlight: YouTube Culture 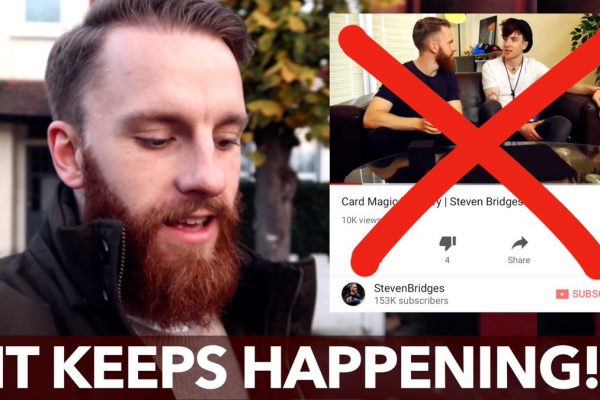