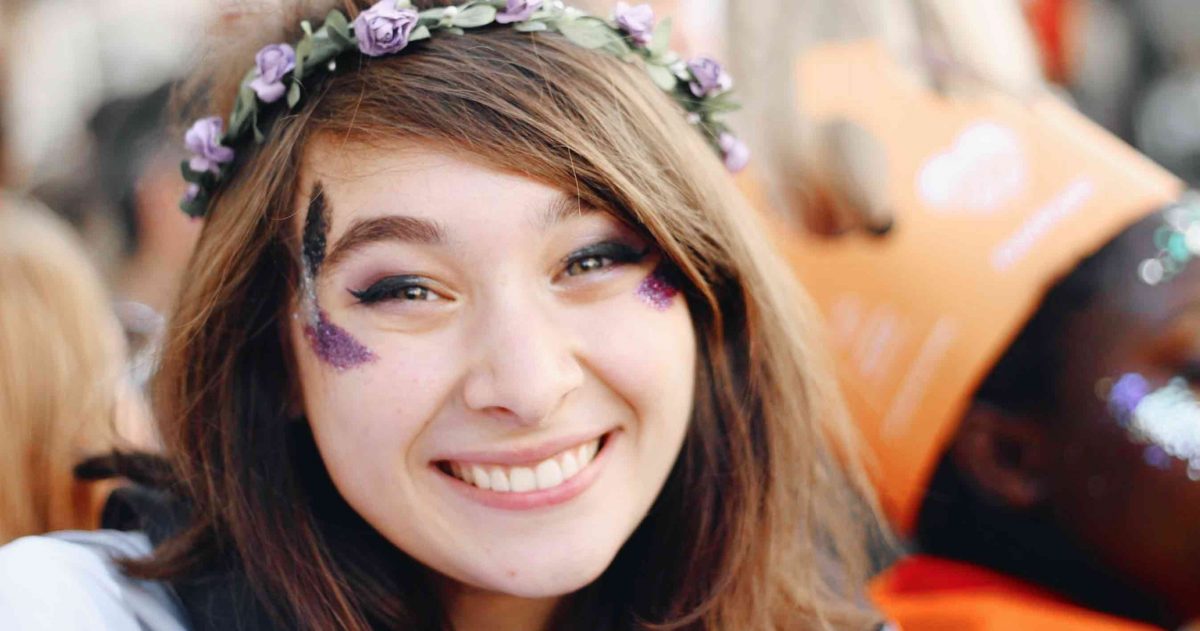 In recent years, YouTube has developed into an extremely sex-positive place where people of all orientations are welcome to openly discuss their sexualities. Where do asexuals, those without sexual attraction, fit into this landscape? We spoke to Emi Salida, one of the loudest voices in the asexual YouTube community, to find out.

“There is a huge lack of visibility for asexuality and romanticism online and offline,” Emi Salida reveals to TenEighty. Despite YouTube becoming a melting pot of sexual minorities, when Emi realised she was asexual in 2015, she only found a limited supply of resources on YouTube and the wider internet alike.

Ever since she came out to the internet last year, she has done a remarkable job in establishing herself as an educator on asexuality by making her own videos on the topic, but also by collaborating with larger LGBTQ+ YouTubers including Jake Edwards and Alex Bertie. These efforts have allowed her to reach her overarching goal, to “spread awareness of what asexuality is to myself and other people and educate people who don’t necessarily know that much about it.”

Despite belonging to this community, she feels that asexuality is extremely underrepresented, and thus misunderstood. Reading a conversation on Twitter, she was disheartened by a post which read, “‘you’re not going to have the same oppression for being a virgin.” Emi tells us asexuality is not merely defined by virginity, rather that “asexuality is about the attraction rather than the sexual activity, sex drive or even sexual arousal.”

This ignorance and hostility towards asexuality is, unfortunately, fairly common. Emi explains that “it is much more erasure than it is traditional ‘oppression’ and I find that much more of it comes from areas within the queer community which is such a shame.” She finds that people outside the LGBTQ+ community are generally more accepting of asexuality, perhaps due to the LGBTQ+ community being so open to talking about sex in general, a conversation that asexual people sometimes find it difficult to participate in.

Emi tells us of societal conventions which contribute to a sense of feeling sexually “broken.” Comments about being attracted to someone is a large aspect of being “a normal functioning teenager.” She notes how difficult it is to watch a sensual scene in a film when your body rejects the idea of sex.

She also becomes disheartened at the thought of how she doesn’t feel able to join a game of “Never Have I Ever,” even if she wanted to. In her Valentine’s Day video, she tells of how annoyed she felt reading “I’m forever alone” tweets. Being an asexual and aromantic person, the possibility of being “forever alone” genuinely troubles her. “A lot of those things may be only applicable to me,” Emi reveals, “but they are small things that can have a very big impact on how you perceive your sexuality and how ‘broken’ you may or may not be.”

Despite society’s hostility towards asexuality, Emi’s coming out experience was one filled with love and understanding. She first came out publicly on Twitter, where she was met with lots of support. In her video Coming out as Asexual IRL- 1 year on, she explains that, even before she came out on YouTube, she’s always been very open about her asexuality online.

She later came out to her mother during a long car journey. Having a conversation about LGBTQ+ terms, Emi asked her mother whether she was familiar with asexuality, then simply telling her “well, that’s me!” She revealed she had “been dreaming about it for weeks honestly because I’d just wanted to make videos on asexuality but I was too scared.”

Showing a lack of knowledge in the subject, Emi’s mother questioned, “maybe you haven’t met the right person?” and “how do you really know?” However, since explaining what asexuality is, Emi says “my mum has been so supportive of what I talk about and I feel so much more comfortable, like a weight that I didn’t know was there had been lifted off my back. She even wants to come to a Pride event with me at some point which is incredible.”

This misinformation ultimately derives from the lack of visibility and resources for asexuality, even in the places one would expect to find them. Emi expresses her shock with LGBTQ+ charity, Stonewall UK’s lack of resources on asexuality: “there is no information about asexuality other than a definition.”

Although there are more resources to be found on YouTube, asexual YouTubers are an extremely small niche which is surprisingly difficult to find. Emi owes her initial education on asexuality to one YouTuber, Ash Hardell. “I was just lucky that Ash Hardell’s ABC’s of LGBT special on asexuality had literally started that day otherwise I would have been even more lost in those first few months,” she explains.

Having struggled so much with her identity and being saddened by the lack of representation on YouTube, she thought to herself, “why don’t I make the videos I want to see? Why don’t I be one of the voices that I want to hear?” It was during this period when she collaborated with Alex Bertie and Jake Edwards. Talking to these YouTubers, who built their audiences by speaking very openly about sexuality, reinforced Emi’s newly found goal of spreading asexual visibility with her videos.

However, it’s not just YouTube that has had a problem with asexual representation. Speaking about mainstream media, Emi says that “one of the problems I’ve found is that when a character is not in a relationship they are just ‘single’ and it doesn’t ever cross anyone’s mind that they could be on the asexual spectrum.”

We admire everything Emi has done for the asexual community, and can’t wait to see what she does next. The powerful overwhelming message we felt emanating from her was the fact that she isn’t broken, and that asexuality “is a real sexuality, but also it is different for everyone.” Emi concludes on a heartfelt note, that “if any video I ever made on asexuality helped even one person to understand more about their sexuality, or make someone feel less broken, then I would have done more than I could have imagined.”

Looking to read about another inspirational YouTuber? How about reading our Channel Spotlight on Just Jakia, a wonderful beauty vlogger? Alternatively, find out about reading as self-care with our Video Spotlight on Daniel J. Layton‘s video! 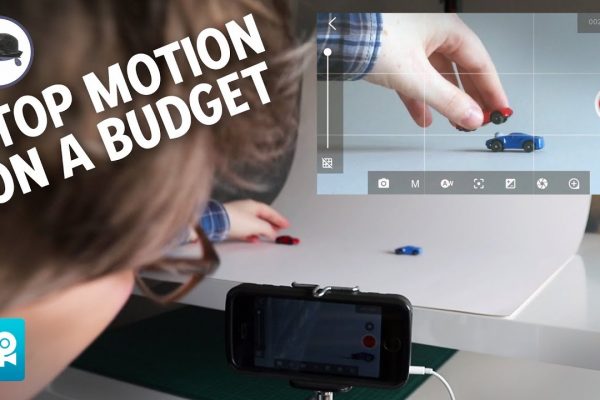 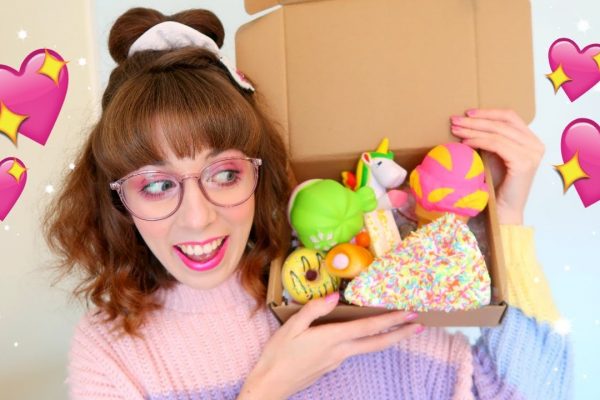 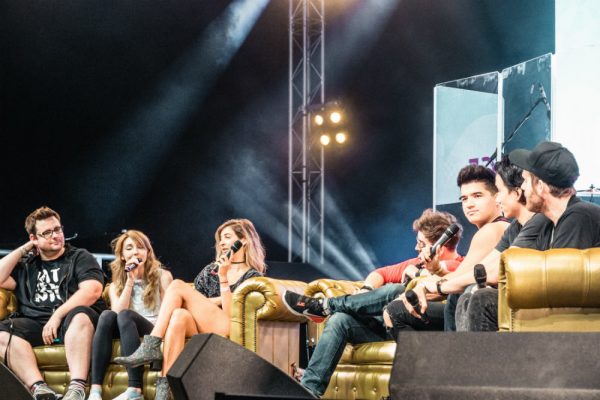 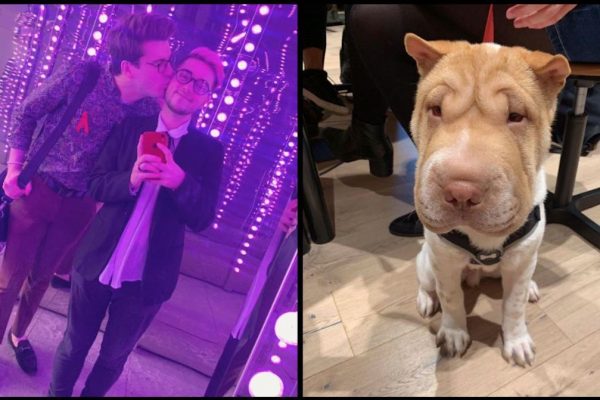