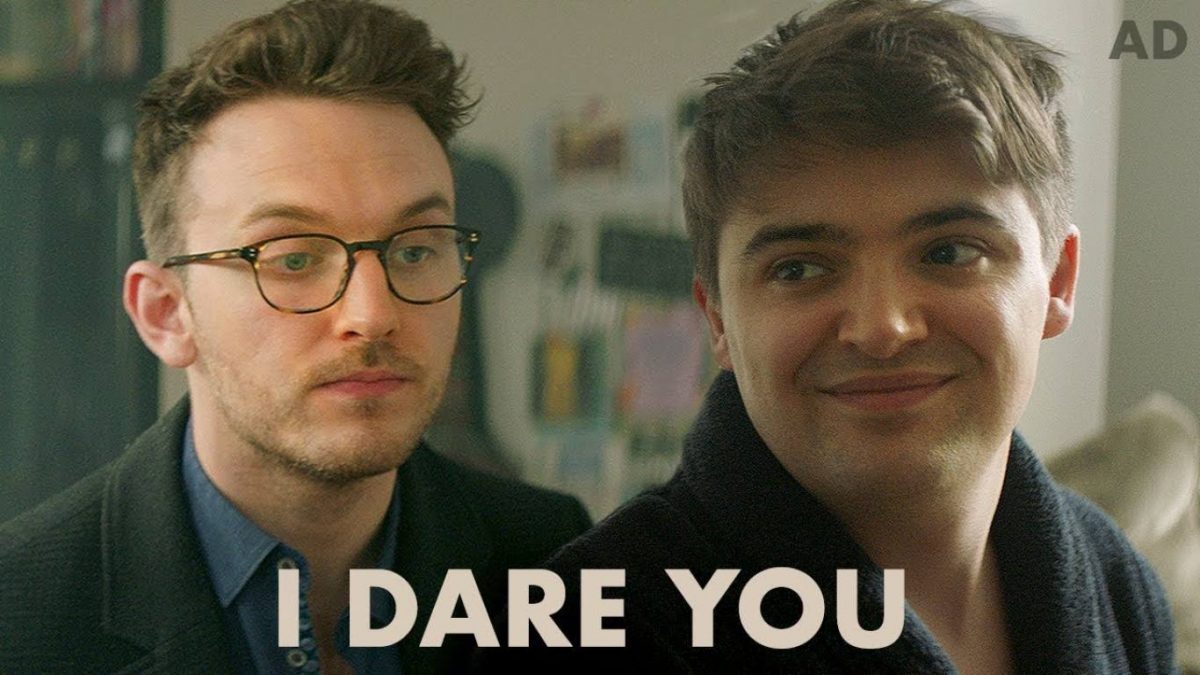 Climate change is real, people! Sunburn four weeks after being snowed in is all the proof anyone should need. Are we at the beginning of a real-life version of The Day After Tomorrow? We won’t know until it’s too late, so that’s fun! Cracking out a cold one with the lads will be nice, though. Let’s hope this summer lasts even longer than the endless winter we just had.

A new, semi-regular feature that we’ve just invented for the Round-Up is Song of the Week. This week’s pick is Khalid’s OTW, featuring Ty Dolla Sign and 6LACK. It continues the run of incredible music from Khalid after his album American Teen and his song on the Love, Simon soundtrack with Normani from Fifth Harmony. Listen and enjoy!

Round-Up, Round-Up, get your Round-Up here!

I Dare You | Jack and Dean

Jack Howard and Dean Dobbs are back with a new sketch about chaos versus control, which they did in promotion of Sky Atlantic/HBO’s Westworld. As we’ve come to expect from the pair, this sketch is so funny. In recent times, they’ve gone for a darker approach, and this newest video is perhaps the darkest of them all. No spoilers here, but if you watch it you’ll understand exactly what we’re talking about, no doubting that.

This sketch even references Back to the Future, which is no surprise given how big a fanatic Jack is.

GETTING FATTER WITH TOMSKA (and Daniel J Layton) | DarkSquidge

Are you one of those people who plans their day around eating? Do you like making food out of other food – food that probably shouldn’t be put together, but tastes oh so good when you do? If you said “yes” to either of these questions, then BOY is this the video for you!

Tom Ridgewell and Daniel J. Layton attack our eyes with a piece of content that is both mouth-watering and terrifyingly bad for you. There’s pizza, there’s Chilli Heatwave Doritos (not spon), there’s sour cream, there’s Nando’s Perinaise (also not spon) – basically, there’s a lot, and it may or may not make you hungry or horrified.

University is a time for experimentation and Tom certainly did so, concocting creations that may hurt your insides…

What the heck is a stoma? (showing you my ileostomy) | Hannah Witton

2018 has been a hell of a year for Hannah Witton, with life-changing surgery and moving into a flat of her own. Whilst in recovery from having her colon removed, Hannah’s vlogged about the experience of having a stoma. The way in which she’s approached this subject is typical Witton: open and honest. She’s vlogged about the mental health repercussions of being weaker post-surgery, and she’s said the word “rectum” a lot in this video!

There’s great value in having a creator like Hannah – with such a huge and, more importantly, engaged audience – talking about topics that aren’t often talked about this openly. Whether it’s sex, relationships, or stomas and all they entail, it really feels like Hannah’s audience is learning a great deal with every upload.

Thanks for always being so open and honest, Hannah!

Jim Chapman‘s been in LA working on a script, and during the ten days he and Tanya Burr were there, they spent half their time in a heavenly-looking apartment. (It’s easy to be incredibly jealous of that living arrangement.)

In this video, Jim takes us through a day in the working holiday life of Mr Chapman, with him going to a load of meetings. He also teases a potential job being the face of a company’s future campaign, so watch this space.

We’re interested to see a Jim Chapman-penned film in the next few years, and Jim attending meetings with those who are able to make it happen is exciting to see.

Do you like crocheting? Then you’re like Sam Saffold-Geri, kind of… Not really. Let’s explain. Everyone has hobbies, whether that be the aforementioned crocheting, sailing, or Sam’s preferred choice: going to the cinema.

Sam’s partnered with NCS to talk about something that makes you feel unstoppable. For him, it’s sitting in a dark room and watching a film with a bag of corn. He goes on to explain the beauty of the cinematic experience is that it’s collated by others. You go to the cinema because someone has decided a film’s playing there. This can be a bad thing (we really don’t need another Transformers movie, for example), but it can be incredible. You can be invested more because you had no preconceived notion of what to expect. It’s magical, and it’s part of the reason why Sam wants to make films himself.

The cinema is a wonderful place. While expensive, it’s definitely better than watching Netflix and getting distracted by people on their phones because the rules of the lounge are not as sacred as that of the cinema.

In recent weeks, Facebook’s been in the news for all sorts of reasons, none of which are particularly good. Dara Tah tells us that the company’s terms and conditions are so vague they’re “potentially” able to influence users’ voting habits. All of this is super terrifying, but it’s packaged by Dara in a way that’s highly dynamic and super engaging.

Ariana Grande has released her latest single, No Tears Left To Cry, and it’s resulted in a few reaction videos. Yasmin Caramanli has filmed one. In this video, she talks about how Ariana’s voice affects her, welling up at the thought of it before watching the new stuff. She also goes on to comment on just how incredibly weird and wonderful the music video is. Yasmin is a fan of Ariana and we’re a fan of Yasmin.

Ruth Crilly is a model who recommends things. In this video, she recommends three ways she de-stresses. With certain facets of modern life becoming increasingly stress-inducing, it’s important to find those little things that help you combat it. Watch the video to find out more!

Jack Edwards went interrailing last summer and has come into our subscription boxes with his own tips, tricks, and hacks for creating the best experience when travelling around Europe. He talks us through his chosen routes, showing the best website to use to planing our way around. He also gives the way he did everything, but also shares the ways he’d do it differently. Travelling is always something that sounds and looks amazingly fun, and we’re very jealous of Jack, but ultimately we really appreciate all the good advice!

About Sam Gillard
Award winning writer of all manner of things, find me on twitter @thesamgillard
View All Posts by Author
Video Spotlight: A Beginner’s Guide to Living with People
YouTubers Do Avengers: Infinity War Screening 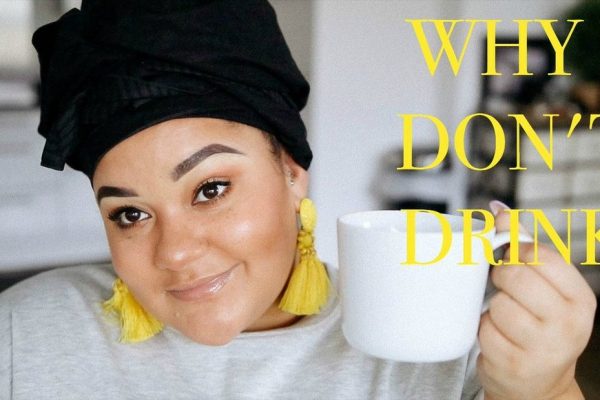 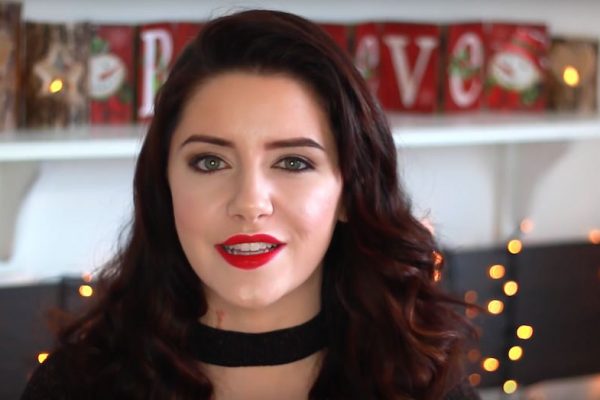 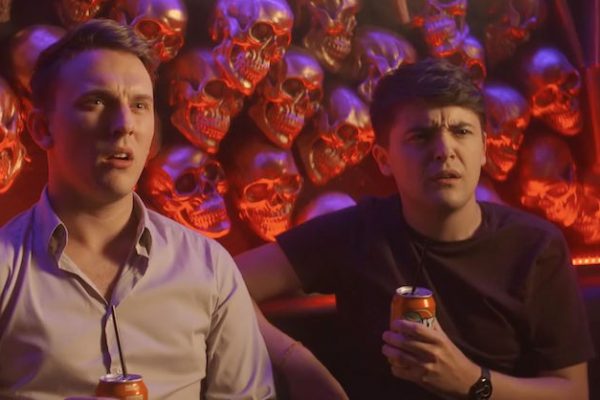