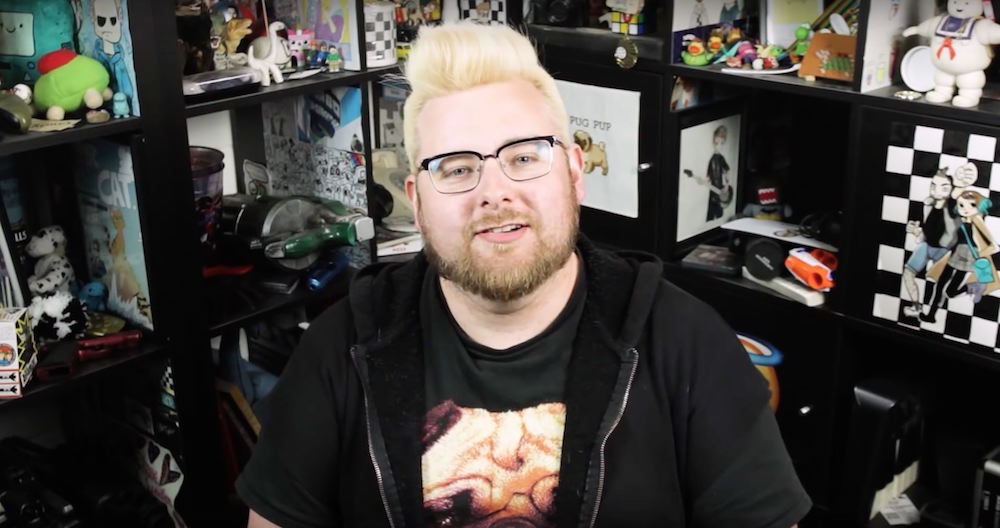 And the week begins, as it tends to do, with a Monday.

On 25 February, Tom Ridgewell uploaded what would be the final instalment of his Last Week series. Running for 100 episodes, Last Week was a weekly vlogging series documenting Tom’s life, from events and sketch shoots to travel, and everything in between. Over the past 100 weeks, it became a part of our weekly routine, and we found ourselves eagerly sitting in front of our computers every Monday as we waited for it to be uploaded.

As Last Week has come to an end, we thought we’d pay it homage by reliving our ten favourite moments. It was hard to narrow down the list, but we think we managed to include all the meme-tastic goodness the series had to offer.

So, for our first Monday without a vlog, let’s relive the series one more time. There’s nothing better than reminiscing, right?

Tom launched Last Week on 5 April 2016, as a way to both log the important moments of his life and to see how his audience would react to him being more personable with them. We remember being uber-excited for the project, as we love a good vlog (and Tom), and have been loyal viewers ever since.

This first episode was the launching point for the series and we find ourselves feeling pretty nostalgic whenever we watch it.

Over the course of Last Week, there were two things we loved: the memes, and watching Elliot Gough become more comfortable in front of the camera. When the series first started, Elliot would barely speak on camera, but as his confidence grew he became a series staple.

Our fave Elliot moment? More Than Just Memes. An tribute to the many memes referenced throughout the series, the song was not only a great send-off to that week, but was also catchy as hell. We still find ourselves singing it while in the supermarket queue.

We here at TenEightyHQ love dogs. Seriously, if we could have an office pup, we totally would. But, sadly, we can barely take care of ourselves, let alone a dog, so we decided to live vicariously through Tom and girlfriend Charlie Belle once they adopted Squidge. Yes, we know he likes to eat his poop, but we couldn’t help but audibly “aww” whenever he graced the screen.

When Tom’s friends helped out

Whenever Tom needed a break from vlogging, his friends were always quick to step in, and we’d be treated to… unique entries from the likes of Charlie, Elliot, Eddie Bowley, Sammy Paul, Chloe Dungate, and many more. And we loved every minute of it!

When Tom hunted for Pokémon on holiday

One thing we learnt from watching Last Week is that Tom is an avid Pokémon GO player. (As is this writer.) One of our fave moments relating to this was when he spent a day of his holiday with Charlie trying to catch one.

Some of you might laugh, but we’d totally do the same thing. What?! When there’s a rare Pokémon about, you have to make sure to catch it! Gotta fill that Pokédex, after all.

When we met Rik

One of the best announcements in Last Week history would definitely have to be when Eddie revealed he was going to be a father, and you can bet we were over the moon when baby Rik made his first appearance in the series. He’s just so tiny and cute – we can’t get over it!

When Tom took the perfect selfie

We all have the dream of taking the PERFECT selfie. It’s something that can’t be planned and occurs out of the blue, but when it does extreme joy and satisfaction are the result. Sadly, we here at TenEighty have yet to take one, which is why we’re super jealous of Tom, who managed to. From the lighting and the out-of-focus background to his smile, his selfie is everything we could have wanted and more.

Tom, got any tips for us?

During the duration of Last Week, Tom made two trips to France with Sammy, and we loved watching the shenanigans the two got up to there. It’s crazy to think how wide a reach our faves have, and from the size of the crowds featured, Tom’s videos are influencing a lot of people in France. (Which we love.)

Those of you who weren’t avid Last Week viewers might not know that Beep, Beep, I’m A Sheep first originated from the series. Throughout, we’d see Tom, Eddie and Elliot repeat the song over and over again, to the point where we’d be singing it along with them.

It’s amazing how far it’s spread since then, from appearing in the latest asdfmovie to being featured in Just Dance!

When Tom was candid about his mental health

One of the things we love most about Tom is how candid he is about his mental health, and he was sure to showcase that throughout Last Week. He never shied away from showing us the effects of being off medication, or how low his worst days were. We applaud him for his openness – he’s helping to break the stigma around mental illness, and we hope he continues to do so!

Our ten favourite moments from Tom Ridgewell’s Last Week. While we’re sad to see the series come to an end, we respect Tom’s decision and we look forward to seeing what he gets up to next! What are you going to miss the most about the series? Be sure to tweet us @TenEightyUK and let us know!

About Clare Fitzgerald
Aspiring journalist whose life revolves around Pokémon Go and YouTube. | @JournoClare
View All Posts by Author
Tweets of the Week: 26 February – 4 March 2018
British YouTube Stars Film With Ant And Dec 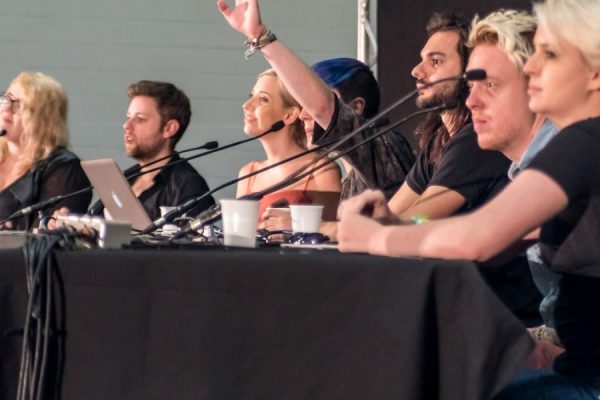 #YouTubeHonestyHour Panel at Summer In The City