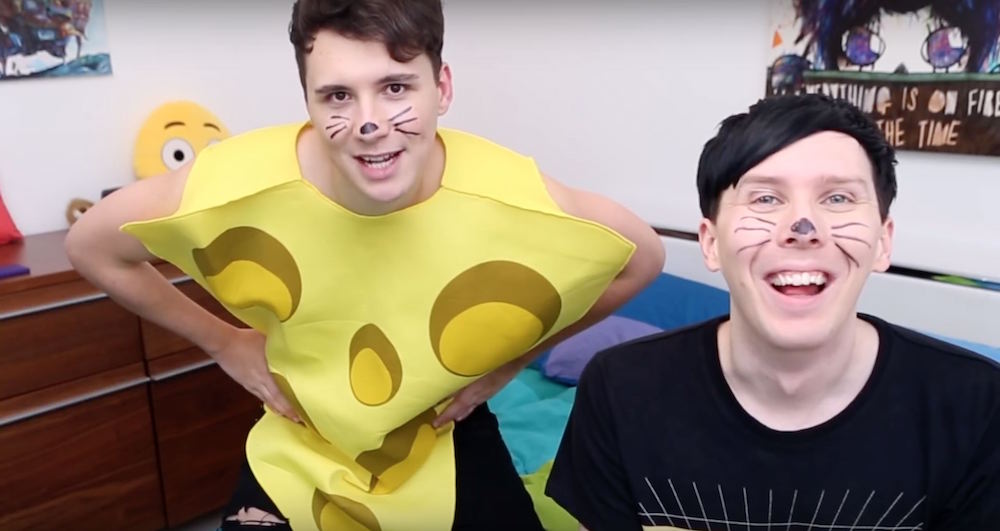 Our Ten Favourite Phil is not on fire Moments

Grab your Sharpies and get those cat whiskers on!

We love everything about November: the pre-Christmas buzz, the orange hue of autumn, the lingering smell of pumpkin spice, the promise of marshmallows at a bonfire and, most importantly, Daniel Howell and Phil Lester‘s annual instalment of Phil is not on fire!

Dan and Phil’s whiskered escapades have been a staple of the Phandom’s calendar since 2009, gifting us with countless memes, in-jokes, and whisker-based selfies – what a boring world we’d be in without it! It’s hard to believe this series will reach its tenth edition this year, so to celebrate we’ve picked out ten of the best PINOF moments!

The tattoos we all wish we had 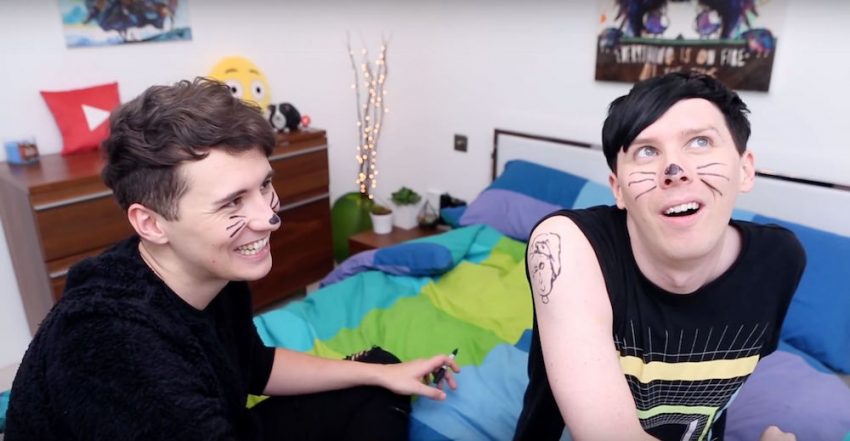 Phil is not on fire 9 brought us many wonderfully strange moments, but the boys drawing a Sharpie tattoo on each other still amuses us. Whether it’s a drawing of your inner animal (we here at TenEighty HQ like to think we’d all be beautiful unicorns) or a surprisingly good drawing of your best friend’s face, we’d love to have Dan and Phil’s artwork on our arms forever. 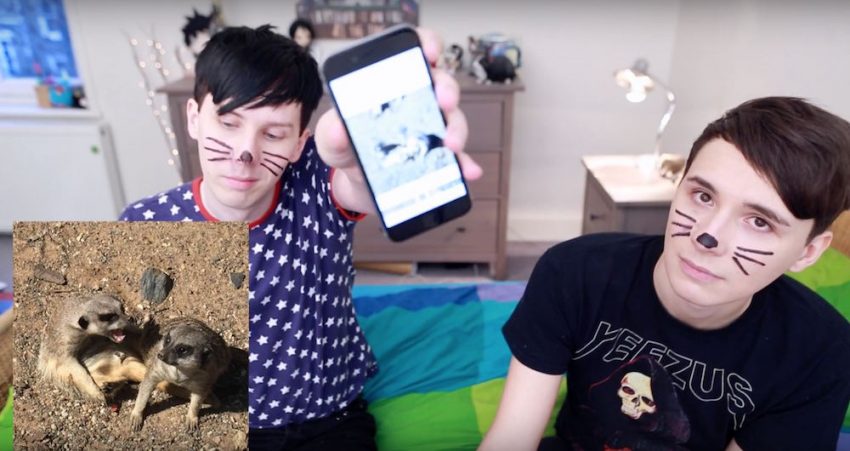 PINOF 7 is probably one of our favourites and it was tricky to pinpoint any particular moment, so you’ll see it a lot on this list. Our first moment from this instalment was the task of explaining a random photo from their camera rolls. In typical fashion, Phil’s photo was too pure and was simply an admiration of nature. Dan’s on the other hand… Well, can we really blame him for a selfie? If this moment didn’t sum them up, we don’t know what does!

Revenge was on the cards in PINOF 9, and we’re hoping we’ll have a third part this year! 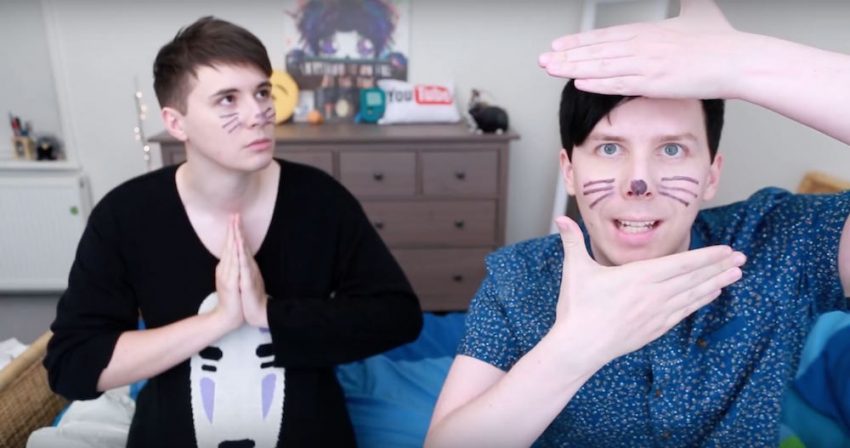 We always suspected Dan and Phil had some moves, and when challenged to create an interpretive dance about 2016, they confirmed our suspicions.

2016 was, well, a bad year, and we reckon throwing some shapes is always the best way to forget! Of the two, we think Phil’s interpretation was a more accurate representation. (Sorry, Dan! In hindsight, we think you were accurate interpreting 2017.) 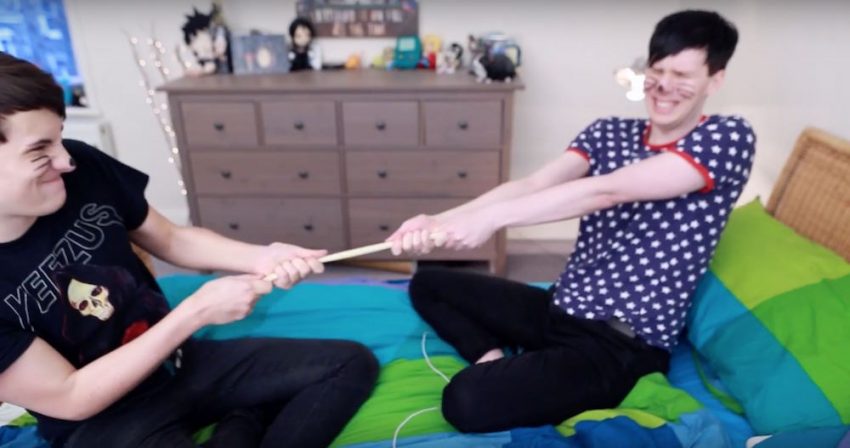 Sorry, we had to include this moment! (Apologies to those still somewhat traumatised!) It was the stress ball that made us all slightly more stressed, so we were thankful to see it become victim to a good old game of tug-of-war… Even if Dan’s screams of horror continue to echo around our heads. Hilarious and horrific in equal measure, we always come back to watch this – we just hope Phil now owns a more appealing stress ball. 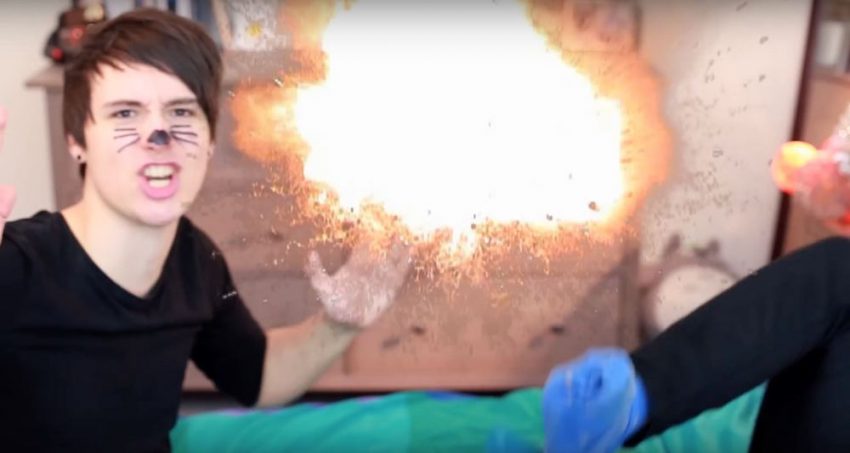 Is there a force more powerful than a unique handshake between best friends? We don’t think so! Dan and Phil’s handshake was quick, strong and packed a few punches – we couldn’t get enough of it! Now, we don’t know about you, but we’ve been practising this with our best friend, with arguably more success than the repeat attempt in the following year’s bloopers. Here’s hoping they’ve been practising! 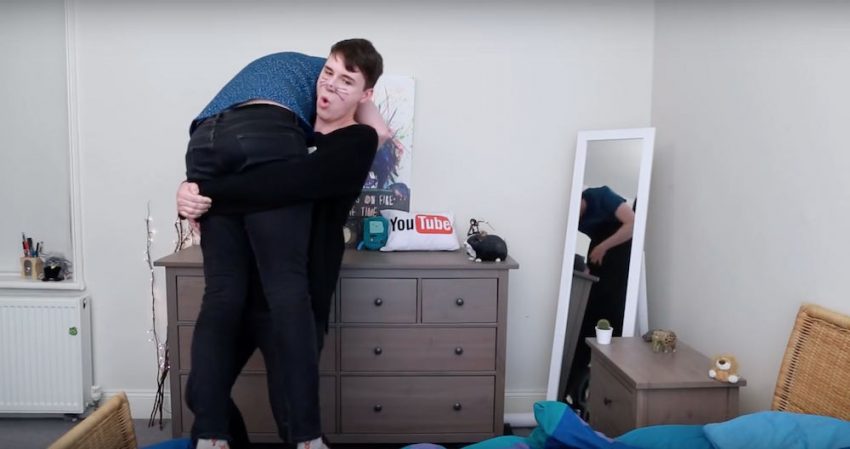 Another gem from PINOF 8 is when one fan asked Dan and Phil to try picking each other up. We honestly didn’t expect this would be a successful moment, given lifting another human being off the ground is EXERCISE, so we were relieved to see Dan heave Phil over this shoulder without dropping him, and promise to rescue him from the metaphorical burning building. Who needs Fireman Sam when you have Fireman Dan? We expect there’s a fireman-themed fanfic lurking on the internet somewhere. 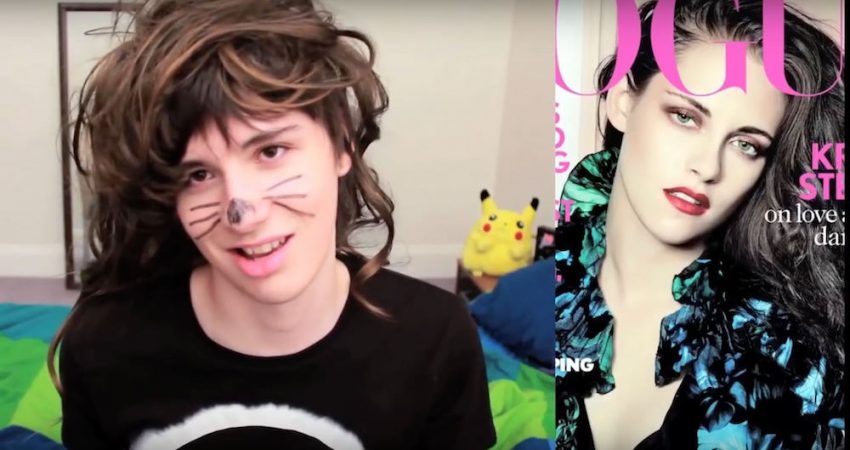 Personally, we’re surprised Dan’s not yet been featured on the cover of Vogue, so until that happens we’ll enjoy this moment from PINOF 4. Dan’s recreation of Kristen Stewart’s Vogue photoshoot was frighteningly accurate and hilarious – we vividly remember it was impossible to log onto Tumblr and NOT see it memed in some way by the Phandom! Can someone give him a modelling contract already?!

This brief glimpse at an alternate universe 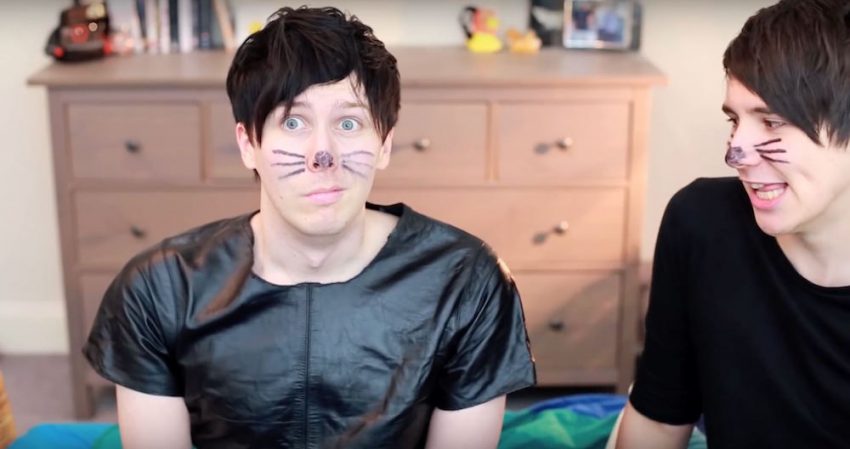 When we think of Phil, we instantly think of his pure innocence, cheesy jokes, and colourful aesthetic, and one thing we never thought we’d see is him in head-to-toe black clothing. (Okay, in fairness, he still probably had colourful mismatched socks!) PINOF 5 broke the illusion when Phil was instructed to wear Dan’s infamous leather t-shirt. Phil’s expression of confusion and disgust was too precious and summed up nearly all of our reactions. Phandom, why did you make him do this?

Thankfully, PINOF 9 allowed Phil to get his own back when they had to dress the other in an outfit! 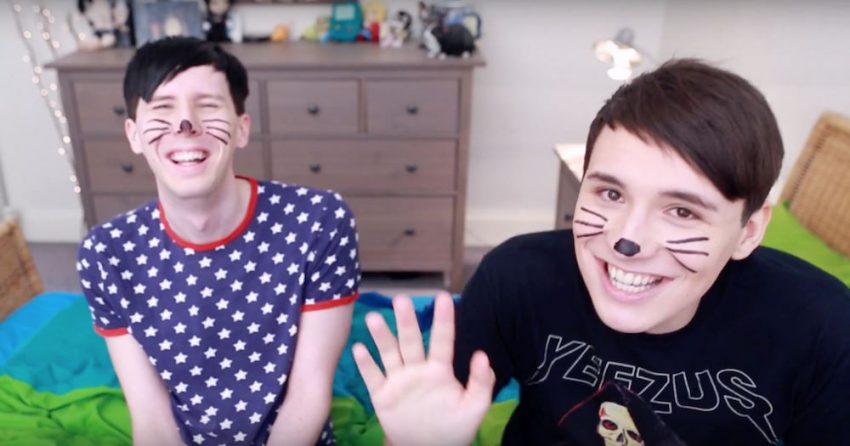 Who knew a song about ladders would be so catchy?! We still want a full version of this and we think the Phandom does too, considering how many renditions we’ve seen at various live shows – complete, of course, with the hand dance. *hums Ladders into distance*

Where it all began…

Aww, they both look so young in this! The video that started it all will always be a firm favourite for us. They’re innocent and adorably clueless to the gem of a series they had on their hands! Looking back on this now, it’s completely heartwarming to see how much Dan and Phil have grown as creators and individuals. It makes us feel like proud parents.

Just some of our top moments from the last nine years of PINOF! Here’s to at least ten more instalments! (And ten more after that… Actually, we hope Dan and Phil never stop making the series!) The cat whiskers really do come from within! 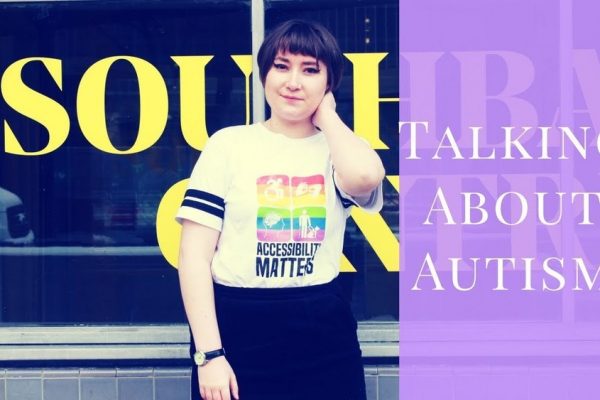 Video Spotlight: Learning I Was Autistic At 19 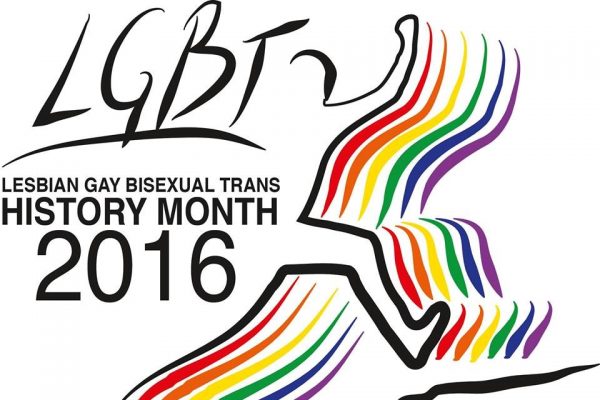 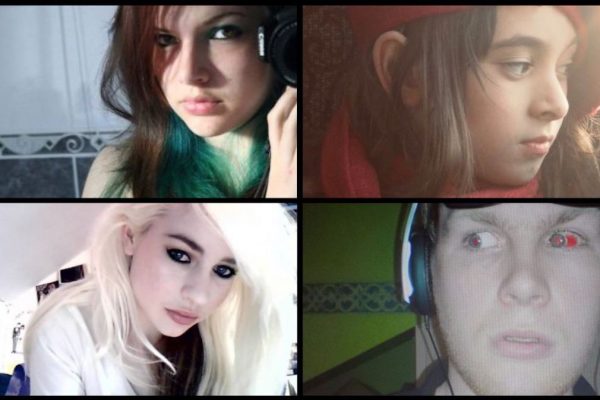 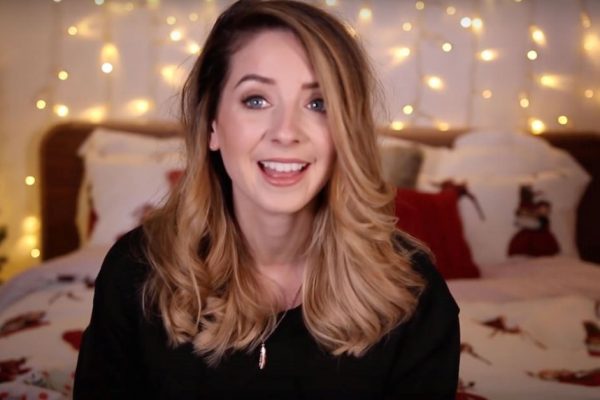