During a recent tour stop in Belfast, dodie ventured off her tour bus to take in the city’s most popular sights and sounds, and filmed the whole adventure.

Teaming up with VEVO and Tourism Ireland, dodie visited everything from cosy pubs to a greenhouse filled with some of the most beautiful flowers. Set to an instrumental version of You, the video showcases dodie taking in the city’s culture, all while giving viewers a tour of Belfast itself.

dodie’s first stop was the gourmet food shop Sawers, which has been serving Belfast since 1897. Its food was served on the Titanic, and the store has become known in the area for its high-quality cuisine, something that dodie herself got to try! (And, from the look on her face, greatly enjoyed.)

Her second stop was the Palm House at Belfast’s Botanic Gardens, which she felt was one of the calmest places she’s ever visited: “I kept thinking just how much I’d have loved to spend an afternoon there. I felt at peace, thanks to the hundreds and hundreds of beautiful plants and flowers surrounding me.” To close out her time there, she took out her ukulele to give us a quick rendition of You – who knew a greenhouse could have such good acoustics?!

On her visit to the Commercial Court area in Cathedral Quarter, dodie was not only treated to an alleyway filled with yellow umbrellas (that look very close to dodie yellow), but also to a wide variety of street art, filled with a collection of local celebrities and other famous members of the community. In general, she felt very taken with the area, and not just because she got to pour herself a pint of Guinness at the Duke of York pub: “The Cathedral Quart area in general was surrounded by so much history, and it was thrilling. I wanted to touch every sign and artefact, and feel its age and its story.”

To close out her day, dodie visited the Botanic area and played her largest Belfast show to date at Mandela Hall, which has previously played host to U2, Radiohead, and Snow Patrol. Overall, dodie’s adventure left her feeling more connected to Belfast – and made us want to take a trip there too.

This video will go live on dodie’s VEVO channel later this afternoon. 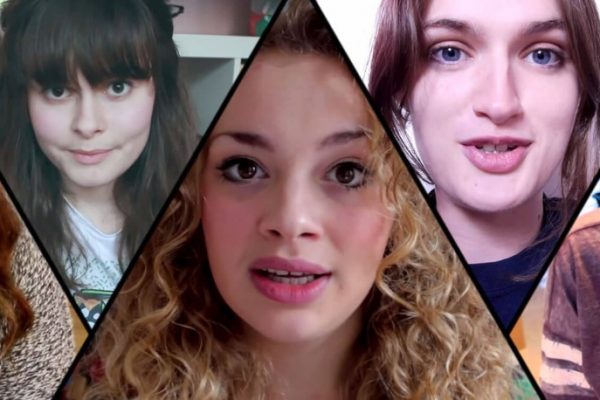 Five of the Best: Letters to Yourself