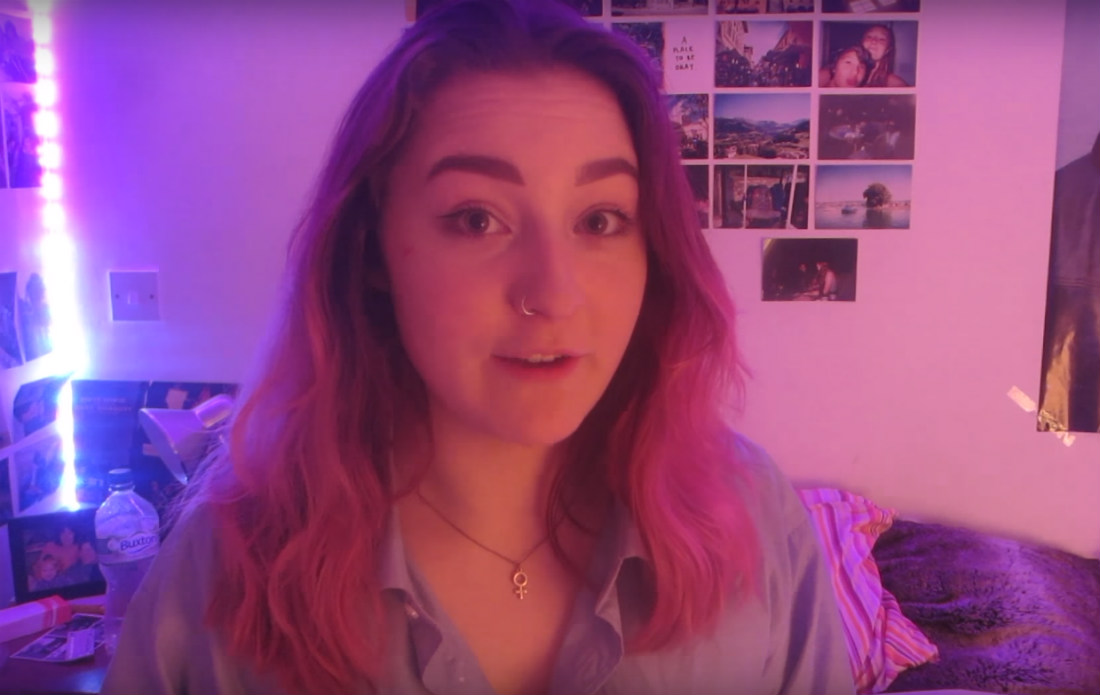 Maja Anushka talks to us about motivation, change, and self-care in the face of hatred.

“I got into YouTube a handful of years ago when the site was baby-faced and fresh; me and my friends used it almost exclusively to watch early-2000s music videos,” begins Maja Anushka, when asked about how she first came across the platform.

“Not having many friends and [having] a lot of free time meant that, at the tender age of 13, making videos about my favourite books and what I thought of the latest Key of Awesome parody was a silly, fun, semi-secret hobby that I didn’t think anything of,” she continues.

Motivation is a large part of what drives people to create, and to continue creating. For Maja, this stems from the rush she got after her video about Sam Pepper all the way back in 2015, which received 30,000 views. She marks that as the point when her “laid-back, almost non-existent, commitment to YouTube” was first challenged. “The mixed positive and negative comments came as a shock, mostly just because people were listening. I was so used to my channel being this weird thing that was just for me – that no-one seemed to care about – that actually getting a response was scary, and exciting,” she says. “It’s safe to say I was a little hooked.”

But what drives that motivation? It’s a mixture for everybody – for some creators, it’s the joy of putting out content they’re happy with, while for others, it’s about the process or knowing that people will see what they make. For Maja, at least in part, it’s hearing from people, and being challenged in what she creates. “That rush of excitement and surprise that I felt because of the Sam Pepper video has definitely influenced the rest of my YouTube experience,” she says.

“I adore interacting with people,” she adds. “Hearing what they have to say, knowing that I am making a positive difference, and getting to broaden my worldview are all consistent motivations for making videos. I am perpetually amazed that people are paying attention, and I truly hope I never get used to it. This opportunity that has fallen into my lap is the biggest blessing, and I don’t know what I’m doing to deserve it, but it’s fast becoming something I love. You guys are stuck with me, basically!”

When asked whether there’s anything she’s received a negative reaction to, or is afraid to talk about on her channel, she recalls 31 December 2015. “I uploaded a video describing how happy I was to leave the year behind, and went to a New Year’s Eve party promptly afterwards. Throughout the evening, I had a handful of friends gently warn me that some of the comments on the video were a little mean. I ignored this, enjoying the evening, until the next morning I checked my channel and found that a video from a few days beforehand – How Feminism Helps Men, Too – had been targeted by a much larger channel.”

Maja goes on to expand on the effect that first exposure to the “uglier, less friendly and fluffy side of YouTube” had on her, saying: “The viewers of that channel had taken it upon themselves to spam my video – and other, unrelated ones – with hateful and abusive comments […] and it hit me hard. I wasn’t used to being disagreed with, let alone in such a loud and angry way.”

This kind of harassment is sadly all too common on the platform as of late, and make no mistake, it’s absolutely designed to scare people into not creating content around a subject matter. “I have multiple friends who have told me they are afraid of making politically-charged videos, despite it being something they care deeply about,” Maja admits. “I feel this highlights one of the really nasty sides of YouTube.

“Since then, my skin has thickened considerably,” she goes on to add. “While the negative responses and dislike bots are unpleasant, I try not to let them dissuade me from sharing my opinions – discussing social issues is something I am hugely passionate about. Ironically, I love debating! But when the debate is littered with violent language, it instantly turns me off.”

As she succinctly puts it: “Why should I respect the things you have to say when you clearly don’t respect me?”

These experiences online haven’t stopped Maja from making more videos on societal issues, but she’s learnt, for example, to avoid tagging the videos as feminism.

“I’m proud to be a feminist, and to stand by the belief that women and men deserve to be treated equally,” she affirms, “but online, where the threat of verbal abuse, mocking, bullying, and even hacking is so prevalent… At this point it is simply an act of self-care to avoid using language which attracts people who don’t want to listen, they just want a victim.”

She also points out that this is an issue that extends much further than the online world: “Mob mentality and the tendency to attack rather than try to understand is an issue that all political sides are guilty of, and the very real fear that I have felt when this hatred is directed at me shows that it isn’t ‘just online’.”

Maja talks often about social issues, her personal life, and the process of change on her channel. It’s no surprise that with videos such as it takes time!!! and her monthly series RAG (Really Artsy Garbage) have won her the love of her audience and the community. She even sat on the Creator – Viewer Relationship panel at Summer in the City 2017, and talked about how she feels that she’s still very much in “that weird middle ground” between those two sides of the platform.

We ask Maja for her thoughts on the YouTube community, and the problems within it. “I think the YouTube community is an extremely complex entity,” she observes. “Social media, in general, is starting to become its own social science, with the incredibly intricate way that socialising and expressing ourselves online is constantly evolving.

“The immense amount of talent that can be found on the site is incredible, and I find myself inspired constantly. I think the platform still has a way to go in terms of diversity – who can forget the Stand Up To Cancer scandal? It’s no secret that the site has had its issues with lifting white creators up where it seems to push creators of colour down, but the collective force that is working to make YouTube more diverse only gets stronger by the day. The beauty of YouTube is that it’s accessible to anyone – no matter what ethnicity, gender, sexuality, or religion, you have a chance to have your voice heard.”

Talking about her favourite creators, Maja tells us about Steven Suptic. “The way that Suptic has merged traditional YouTube vlogs with scripted and improvised comedy and subplots is much smarter than people give him credit for. You find yourself invested in the characters that he and his friends portray, and yet also unsure how much of them is actually genuine. It has an edge of subtlety to be discovered by the viewer – the audience is treated with maturity.”

In the ever-changing environment of social media, Maja says that she thinks Suptic represents “a new form of YouTube; more than just a weekly vlog, more than what it looks like on the surface.

“We need more videos that push the boundary of what a ‘YouTuber’ is,” she adds. “I am very, very excited to see where the platform will go, and I think videos like the Sugar Pine 7 series are not only hilarious, but also ingenious.”

So where does Maja see her channel and her content going, with YouTube still in its chrysalis as a platform? “If my channel is a reflection of the kind of person I am, then in the future I definitely hope it’ll change,” she tells us.

Maja reflects that she has “an enormous amount of growing and learning” to do, “and naturally, I’d want my videos to reflect that. People seem to object when a creator seems to change based on their content, but I think it should be celebrated. I have dreams of things I’d love to do on YouTube, and I’m just at the stage of figuring out how I can make those possible!

“Of course, I want to continue making people laugh and giving them a reason to be kinder to themselves,” she shares, “but perhaps, eventually, I will be making videos that are higher in production value, with more interesting visuals. Maybe I’ll even get some better lighting. We can only hope.”

No matter what Maja puts out in the future – be it thoughtful, relatable talks about feminism, life, love, and relationships, or even artsier videos – here at TenEighty, we couldn’t be happier to keep watching and to see her, and her channel, grow.

Our Channel Spotlights feature some of the most talented smaller creators in the UK! Take a look at: 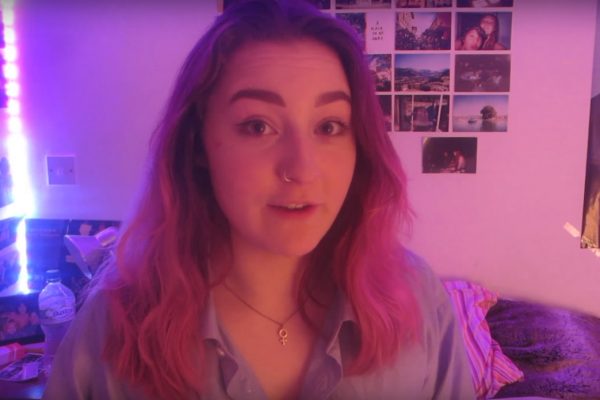 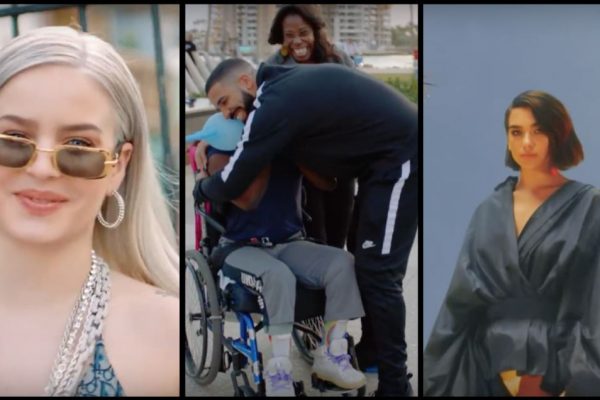 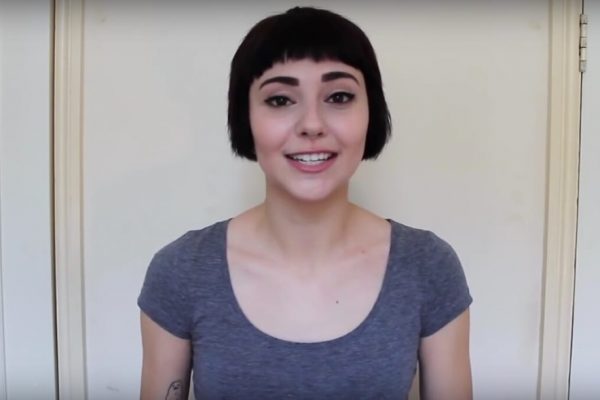