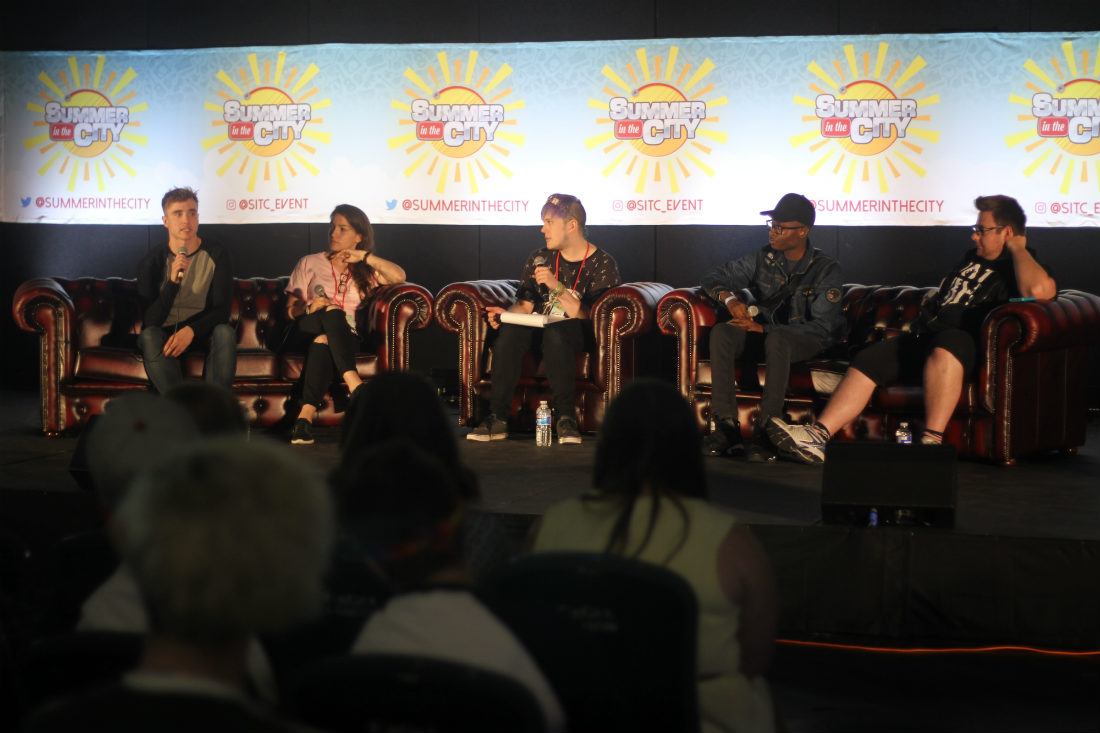 The Mental Health Panel at Summer in the City 2017 took place on Sunday in Panel Room B. Panellists included Tom ‘TomSka’ Ridgewell, Eman Kellam, Marie Jacquemin, and Calum McSwiggan. It was hosted by Teoh Lander-Boyce.

Before beginning the discussion, Teoh opened by signposting support services available to those struggling with their mental health, including Childline (for under-19s) and Samaritans. He then asked the panellists if they could describe their personal experiences with mental health issues.

Calum shared that he had been diagnosed with depression three years ago. Since then he has explored therapy and various medications, which have helped him to improve his quality of life. “I think it was a particularly tough journey for me because I was one of those people who kind of – it’s really bad and I feel kind of ashamed to say this – but I was one of those people who thought it didn’t exist,” he admitted. “So for me to come to terms with the fact that I had it myself was quite difficult.”

Marie was diagnosed with anxiety and panic disorder about a year ago. She, like Calum, struggled with coming to terms with it and seeking the help she needed, and for a long time she remained undiagnosed. “Sometimes you elevate your own problem by not dealing with it and not confronting it,” she reflected. “I’m a perfectionist and think of myself as a strong person, and that sometimes is the biggest flaw because you think you can push through something.”

“I’m sad,” said Tom, half-jokingly, eliciting some chuckles from the audience. He then went on to explain that he had been diagnosed with clinical depression “which is great when you’re a comedy writer. I vent a lot of how I feel through my work, which is why there are a lot of very dark themes in it. I talk about it quite publicly because I realised quite early on on YouTube that just sharing your own experiences can help provide solace to people who might otherwise feel very lonely.”

Teoh then moved the conversation on to the panellists’ various coping mechanisms and their advice for how to take care of yourself when you hit a low point.

“Guess,” Tom responded instantly. “It’s food, it’s obviously food. I was sad so I ate my feelings away, and then when I stopped having feelings I’d eat so I had some feelings.”

In terms of positive coping mechanisms, however, he said that his main advice was to make sure you give yourself the time you need to recover, instead of beating yourself up about it, and to seek comfort in the company of friends. 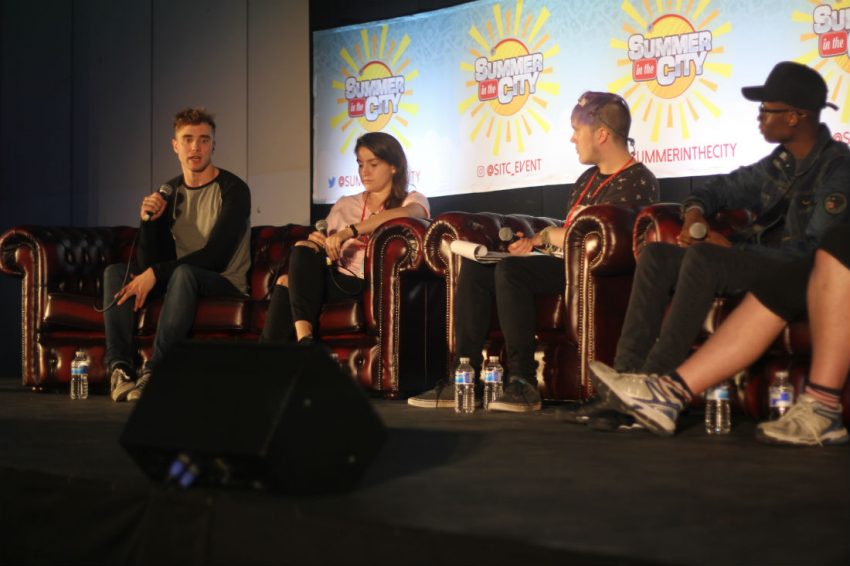 “In theory, I have some coping mechanisms that I would like to put into place when I’m going through these things,” shared Calum, “but I think, when it actually comes down to it, it can sometimes be quite difficult to see those things in action.

“One of the things I used to try to do was to kind of take all the pressure off myself, and just… when I was going through a bad time, just allow myself to go through that and just to keep reminding myself that this is a chemical imbalance,” he said.

Marie commented that because everyone’s experience of mental health is different, they will have different coping mechanisms that work for them. Her main way of coping is by calling her mum to discuss her anxiety and panic attacks: “It’s just the thing I have found that is easiest when I’m feeling something come on.” She also cited the mindfulness app Headspace as a useful tool for coping with anxiety.

Although he hasn’t struggled with his mental health personally, Eman shared that he has supported many of his friends in the past who were going through these issues. Teoh asked him how he had navigated that experience.

“In the black community especially, mental health is quite taboo,” Eman explained. “I hate to say this but it’s seen as a white thing. They don’t think it exists within our community. […] It makes it much harder to talk about it and especially as a black male, other black males have said this to me, they feel like mental health’s a weakness.”

He said that he would encourage anyone who is struggling with their mental health to speak to someone they trust about it: “What I try to make clear to them [is] that no, everybody goes through something at some point which can make them feel sad, make them feel upset, and that talking is very important because you can build up so many emotions and feel, like, so bad for a long period of time because you haven’t spoken to someone about it or let it out.”

On that subject, Teoh turned to Calum, Marie, and Tom to ask how they had found the experience of opening up to friends, and what had helped them to start that conversation.

“It’s about finding ways in which you can talk about it, finding ways in which you do feel comfortable,” said Calum. He recounted a time when he had wanted to open up to his housemate about his depression but was finding it too difficult to speak about it. “He came and sat on my bed in my room next to me and we literally texted each other, sitting side by side, because I couldn’t vocalise it,” he said. “But doing it in a text with him next to me, really, really helped.” 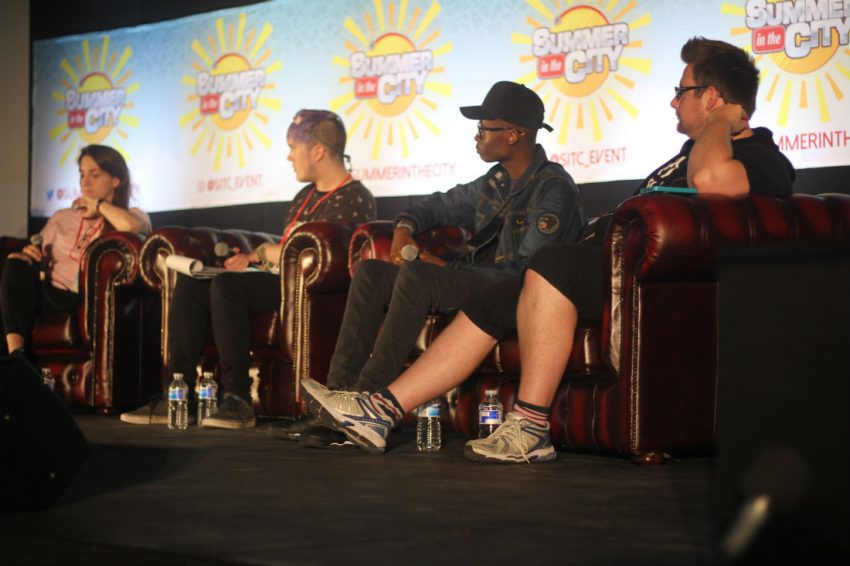 Tom spoke about the value of having a support network that understands what’s going on with you, and that once you have that set up you can communicate quite openly. He described a colour chart he used to explain to people how he was feeling, what he needed from them, and how much time he would need to get through it.

“We always feel guilty for putting ourselves first in these situations,” said Marie. “Mental health is the one thing where if you don’t put yourself first, every once in a while, it can ruin things, quite drastically.”

On the other side of the conversation, Eman talked about how he would support someone who opened up to him. His main piece of advice was to offer a distraction – take that friend somewhere they wouldn’t usually go – and listen to them when they talk about what they’re going through. “Go get pizza or something, just showing them that you’re there for them, regardless of what’s going on,” he said.

Tom agreed, adding though that it’s important for people who are supporting someone with mental health issues to also take care of themselves and to know the limit of what they can offer. “The two things I think friends can do is distract you and listen to you,” he said. “That’s, I think, where your responsibility morally begins and ends.” 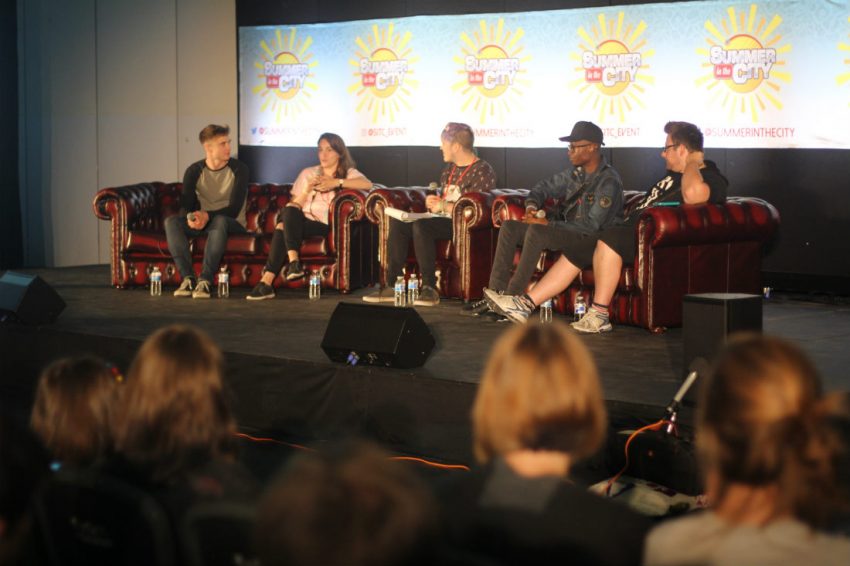 The floor was then opened up to questions from the audience, with one person asking whether any of the panellists were worried that, through their videos, they may accidentally be glorifying mental health issues to their audience.

Tom admitted that this was a concern of his and that he aimed to steer clear of inadvertently influencing people into thinking they have issues that they don’t have.

“I’m so against the accidental glorification of it,” he affirmed, “but I think that to get something to a point where it’s truly normalised, that it has to go through a ‘sexy phase’ first. You know – something goes from being taboo to, like, super sexy and overexposed within society, back down to being normal, and just accepted.”

The panellists all agreed that the only thing that online creators should ever encourage their audience to do is to seek help from a professional. They would never consider themselves as equipped to offer any further advice. Instead, they feel that their role is to educate, raise awareness, and signpost people to places where they can find help.

They then received another similar question from an audience member, who was concerned that young people may be watching the panellists’ content and confusing having a mental health condition with simply the experience going through adolescence.

In response to this, Marie explained that she had gone through something similar to what the audience member was expressing when she first opened up to her mother, which is one of the reasons it took her so long to get diagnosed. “Of course, sometimes, it’s just that your child is going through something, sitting in a classroom, where maybe you struggle with making friends and that now you feel very much like you have anxiety and that might not be it,” she said.

Earlier on in the panel, Marie had also observed: “I think the thing you should be able to take away from the videos we make about the issues that we struggle with is that whatever you struggling with, you’re not alone.”

If you’ve been affected by any of the issues in this article, you can get in touch with one of the following charities:

About Poppy Dillon
@__poppydillon
View All Posts by Author
Women on YouTube Panel at Summer in the City 2017
Weekly Round-Up: 7 – 13 August 2017 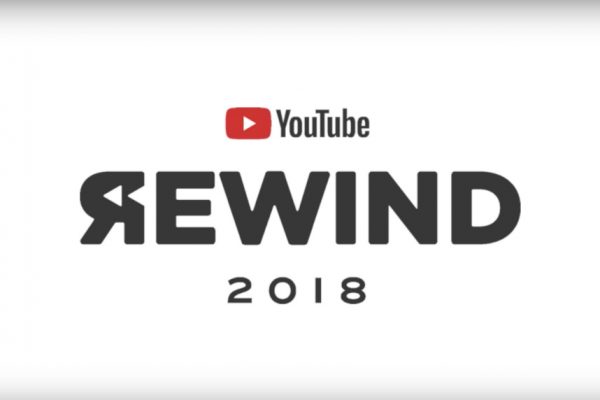 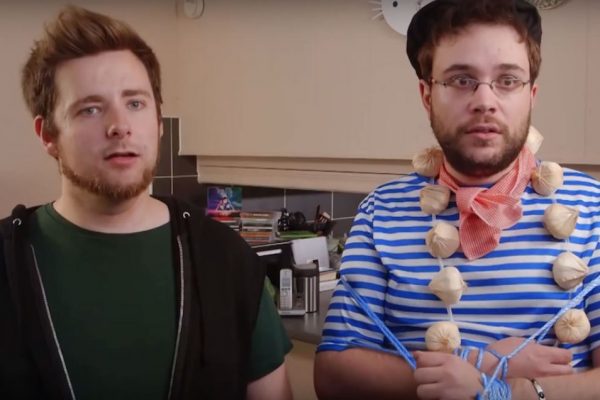