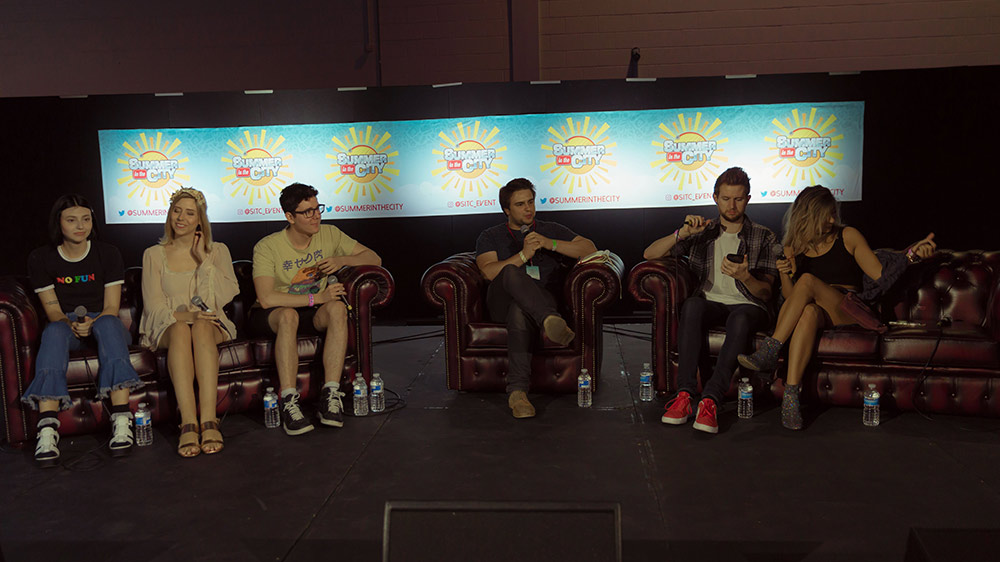 The Popularity, Trends & Integrity panel took place on Sunday at Summer in the City 2017 in Panel Room A. It featured Hazel Hayes, Savannah Brown, Chai Cameron, Ricky Dillon, and Gabbie Hanna, and was chaired by Sammy Paul.

After a brief pause for a dictionary definition of “integrity”, Sammy kicked things off by asking the panellists what they believe having a lack of integrity means. Savannah gave examples like “selling out” and generally “being a bit spineless”. Hazel added that a lack of integrity can also be seen in creators who do not respect that audiences can be influenced and manipulated, quoting “with great power comes great responsibility”, while Ricky mentioned that he has also seen a lack of integrity in creators who tear other YouTubers down. 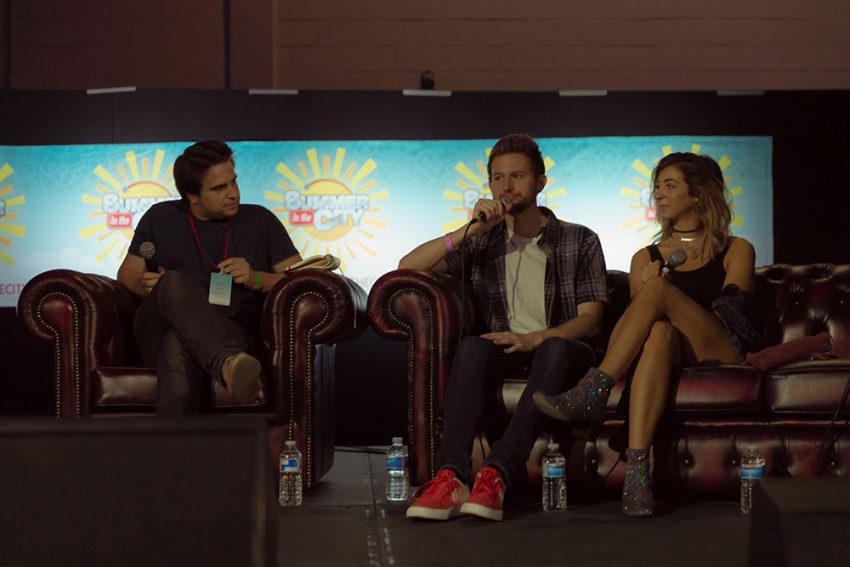 The conversation quickly turned to clickbait, with Gabbie immediately saying: “I use it because I have to… I have a career and a business that I have to keep going.” She added, “As a businesswoman, I do what sells in the market”. Ricky mentioned his belief that if the clickbait title is not completely false, then he doesn’t see a problem with it. Hazel said that she is against clickbait that plays on people’s emotions, while Savannah said that she doesn’t see clickbait as immoral as such. Chai used Casey Neistat as an example of someone who uses clickbait well, and produces consistently good content.

Sammy asked whether it’s difficult knowing you are competing with other people who are also using clickbait. Gabbie immediately said that she is “a big believer in not competing with other people on YouTube”, with Hazel immediately disagreeing with this statement. She also added, “if I’m not willing to do clickbait, I’ve got to accept that I’m going to get fewer views”.

In response to a question from Sammy about the importance of relevance, Ricky said that he enjoys trend and challenge videos, if the creator has made them original. In terms of his own channel, he said that he uses a balance of making one trend video for every two other videos on his channel. Chai agreed with Sammy that his voice has shifted more recently on the topic of trends saying that, while he made more challenge and trend videos when he was younger, nowadays it does not appeal to him. “If you’re not going to do it well, there’s no point,” he said. Ricky Dillon brought up Jenn McAllister as an example of someone who creates trend videos in her own voice, with Gabbie adding Jenna Marbles as another. Ricky also mentioned that making trend videos pushes his channel forward and allows him to also make short films. 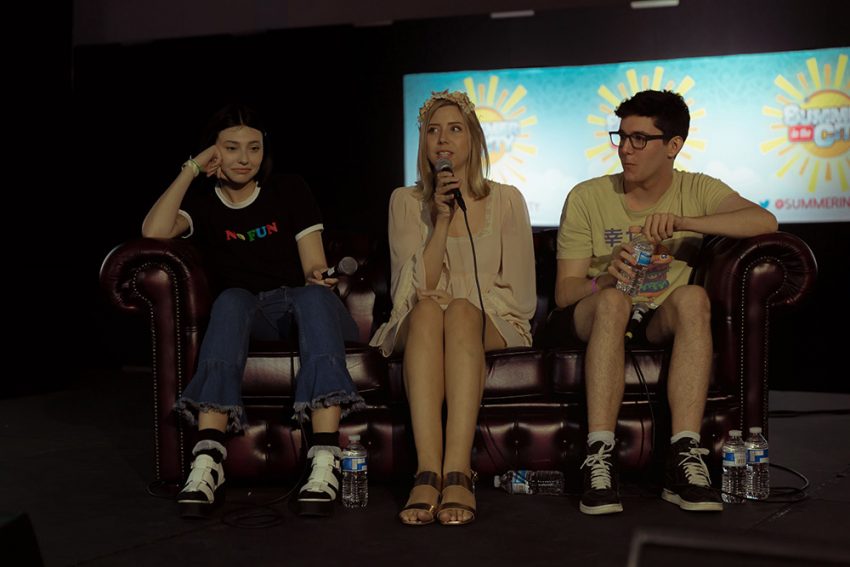 Asked whether every YouTuber wants to be popular, Hazel immediately answered “no”, adding that popularity is a “strange byproduct of what I do want to do”. She mentioned that she finds the popularity “intense and overwhelming”, using meet-and-greets as an example. “I just want to make good shit,” she concluded. “I just want the recognition and the acknowledgment [for that].” Savannah agreed that popularity is often just a “side-effect” for creators, saying that she wants “audience longevity” more than anything, and that YouTube is a good platform to develop “an audience that care”.

With Ricky and Gabbie being US creators, Hazel and Sammy being UK creators, and Savannah having some experience as both, Sammy asked what differences there are between the two communities. Gabbie said that there are a lot of misconceptions about LA YouTube culture, pointing out that not all of them simply want fame: “I have never woken up in the morning and been like, ‘I need to be big, I need to be famous’. I did this because I always want to be in entertainment in some way.” Savannah said, “I liked the community side of things that the UK provided to me. It does feel a bit more tight-knit.” Chai, however, believes that the opposite is true, mentioning that often in the US, unexpected collaborations between comedy vloggers and science shows, for instance, will happen, as opposed to in the UK where such different creators would not collaborate. Gabbie that US creators treat YouTube more as a business.

“I feel like it really comes down to what you’re looking for,” concluded Sammy, pointing out the diversity of YouTube in the sense that so many types of creators can coexist, and the panellists agreeing with Hazel’s statement that “so long as you’re not doing anyone any harm, go for it”. 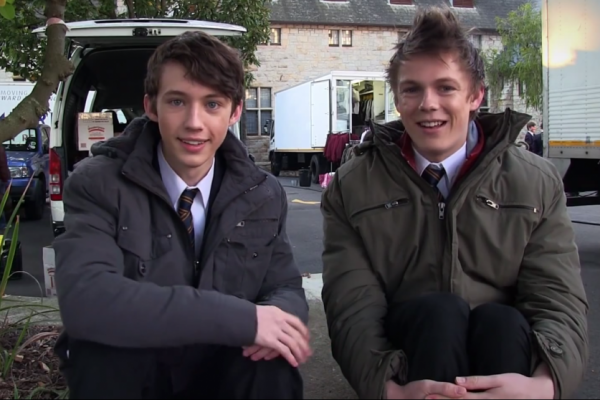 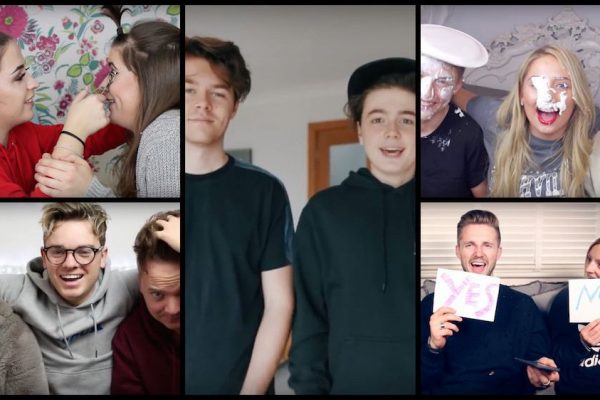