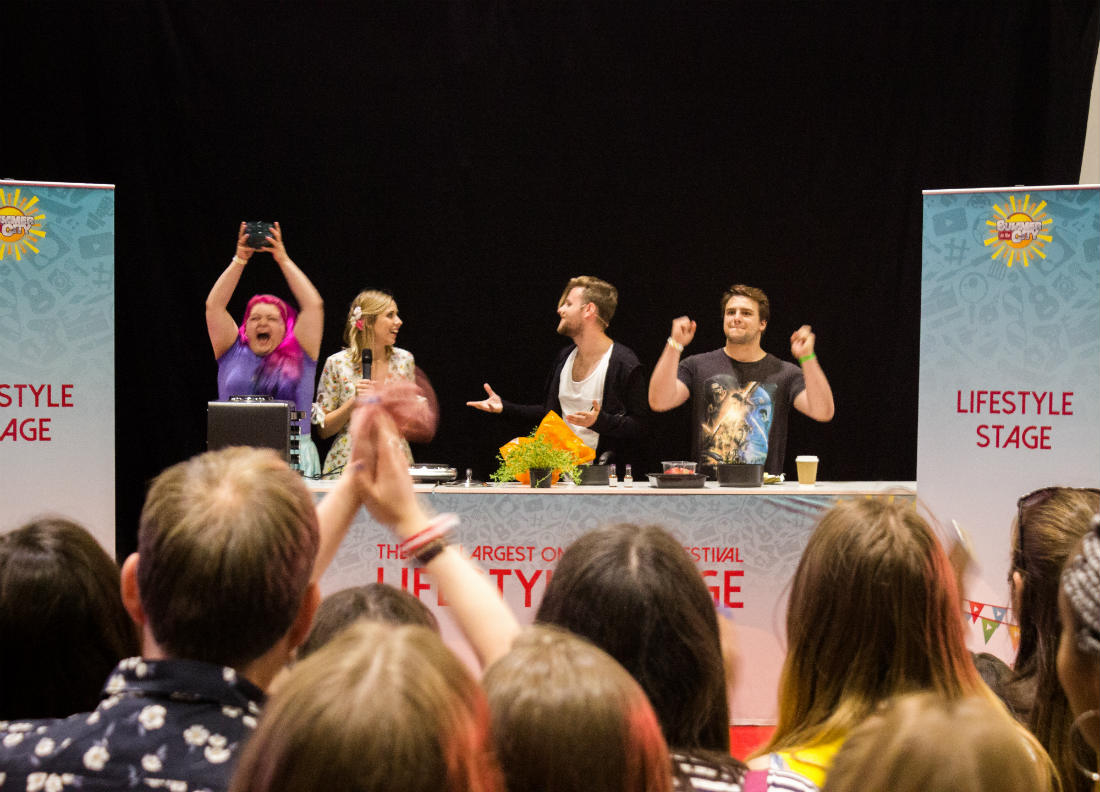 This year at Summer in the City, Baking with Layton took to the Lifestyle Stage. Here are our fave moments from the panel!

As expected, the Baking With Layton panel had a very high turnout. We were all excited to see what delicious treats were going to be baked and, to our delight, Daniel J. Layton – and his glamorous assistants, Sammy Paul and Hazel Hayes – announced they were going to be baking brownies!

The team started off with an apparent lack of equipment, but thanks to their helping elves, Josh Edwards (a.k.a. Manager Josh) and Chloe Dungate, they finally managed to acquire the correct utensils for the job. However, as to why there was a large amount of cress on stage, we still don’t know. 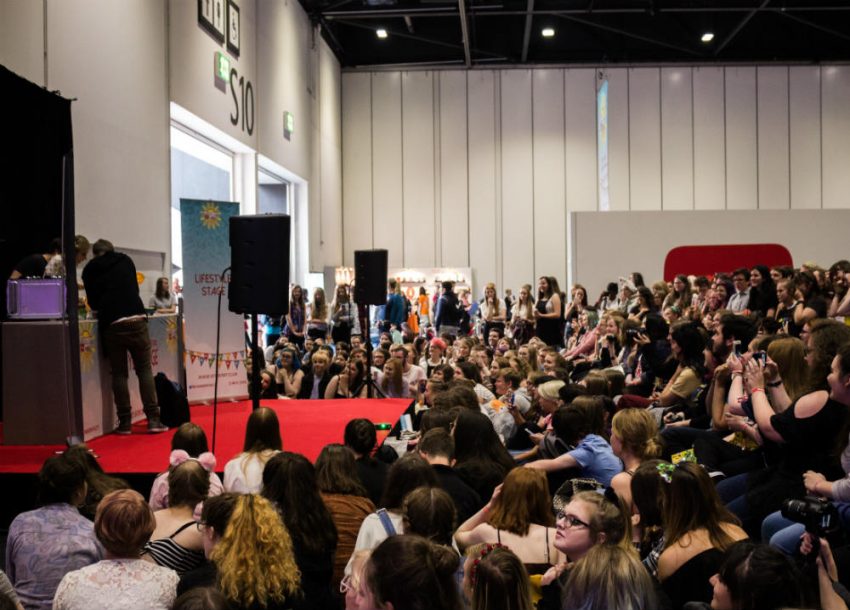 It wouldn’t be Baking With Layton without a reference to some lemony eggs. Thankfully, we weren’t let down as the crowd supplied us with a fabulous rendition of Lemony Eggs.

Between Sammy’s interesting interpretation of a “pinch” of salt and the stove’s inability to melt the butter, Daniel started an impromptu baking Q&A. The audience debated the concept of putting eggs in the fridge and whether to put eggs below or on top of a pizza. 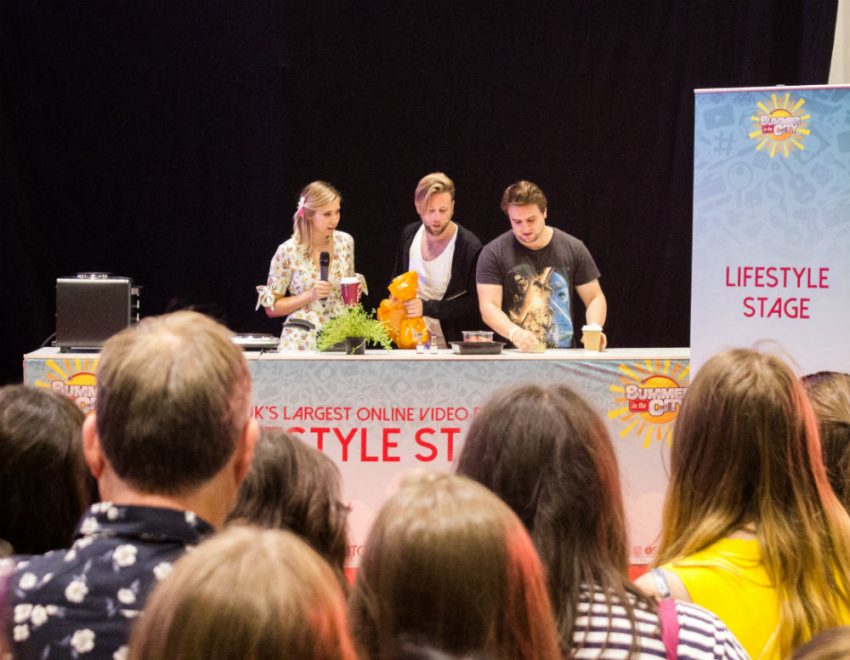 After some technical difficulties, the pre-baked goods (with a hint of cress) made it into the microwave oven. While waiting for the “brownies” (if we can call them that) to cook, the audience partook in a joint hello/happy birthday message to Jack Howard and his mum.

Before any of us knew it, the microwave oven was smoking. We all feared the worst. The brownies had burnt. The oven had been on too high a heat. However, despite the brownie “failure” we all had a fab time, and that’s what counts, right?

Check out our Summer in the City tag, where you’ll find all of our coverage. You might also be interested in: 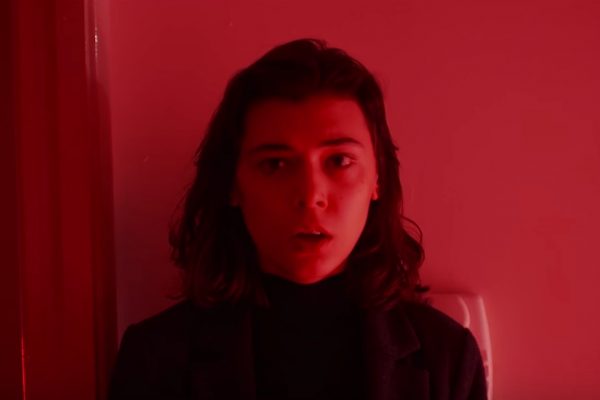 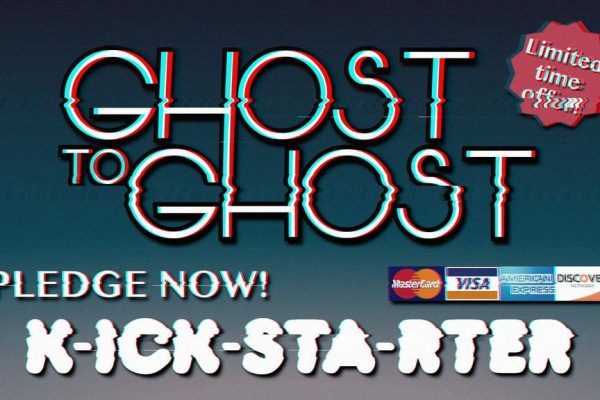 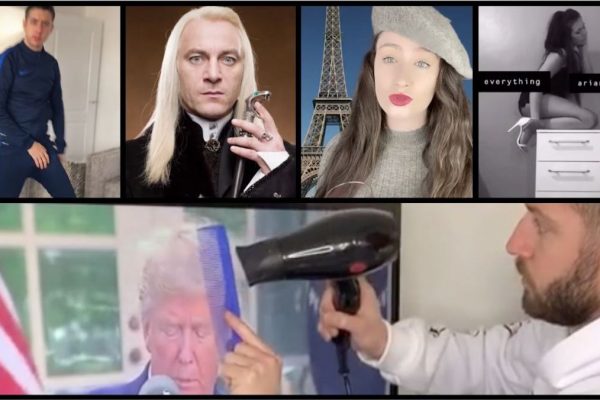 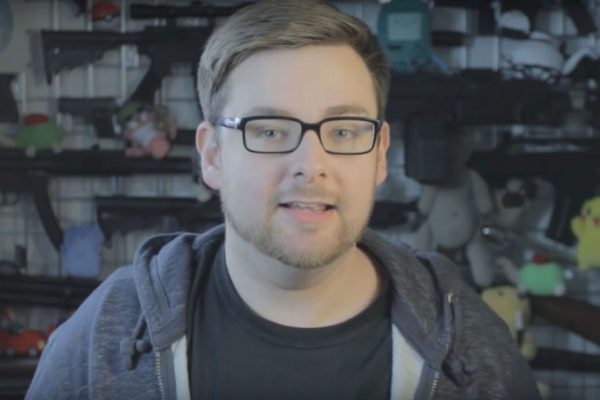