As the weather finally starts to cool down and become more comfortable, it’s time to relax, reminiscing about the week we’ve had.

If you’re anything like us, then you’ve probably experienced some serious FOMO over having to miss yet another VidCon due to that dastardly thing called the Atlantic Ocean standing in your way. Don’t worry too much, though! We here at TenEighty promise to take your blues away with yet another one of our ever-so-popular Weekly Round-Ups. Enjoy!

Get out your tissues because this latest track from Doug Armstrong is going to make you weep.

A Song For Grenfell, London was created as part of the #YouTubers4Grenfell project in the aim to help raise money for the victims of the Grenfell Tower tragedy, and let us tell you that Doug, Daniel Webster, and Jon Barakât will 100% pull at your heart strings. *blows nose*

Honestly, we can’t help but get choked up over how quickly – and without hesitation – the YouTube community came together to help those in need. We haven’t cried like this since David Ortiz’s speech following the Boston bombing.

Life Lessons From The Election | GirlontheBench

We know, we know… You’re sick and tired of talking about politics and the general election that occurred earlier this month, but we promise this isn’t the type of video you’re thinking it’ll be!

Continuing this week’s Round-Up is a not-so-political video about the general election from your new fave, Rufaro Faith. A lot has been said regarding the election and almost everyone has an opinion on its outcome. However, no matter what your thoughts are, Rufaro is here to remind us that there’s always a lesson to be found, and discusses some of the things she learnt amidst the election madness.

In serious need of a vacation, but simply don’t have the time (or funds) to go on one? Us too. Thankfully, we can (sort of) go on vacation whilst chilling in our PJs through the magic of travel vlogs!

Honestly, we’ve spent the past week vicariously living though all the travel videos that have been uploaded recently, and the one we’ve been watching over and over again is Marcus Butler‘s recap of his trip to St. Lucia. Look how beautiful it is! Ugh, what we wouldn’t give to be sitting on a beach right now, instead of spending our days stuck at home.

If you’ve been keeping up with the events from this year’s VidCon, odds are you’ve probably seen the video of Instagram model Christian Burns harassing event security. We all agree that Christian was acting way out line, and thankfully Charlie Vincett wasn’t afraid to call him out.

Not only did Charlie have something to say on the matter, so did Louis Cole, who called on his Twitter followers to rally behind Joe, the security guard in the video, by following him on Instagram, in a move to show that this sort of behaviour won’t be tolerated in the YouTube community.

After the rollercoaster of a week we’ve all had, we think it’s time to sit back, relax, and enjoy some ASMR. So we’ve called in the reinforcements to help, and by reinforcements, we mean Ben Nicholls.

Using game controllers and his usual soothing techniques, Ben’s latest video will help you relax and get ready for the week ahead. What more could you possibly ask for?!

And we have a few more up our sleeve…

Ever wanted to take a walk around Amsterdam? Then be sure to check out the latest entry in Steve Booker‘s Street Diaries series. That aesthetic tho.

Ever wanted to try magic, but felt you didn’t have the right equipment? Well, prepare yourselves because Owen Daughtry shows us some magic tricks using only rubber bands!

For more relaxation tips and tricks we highly suggest giving Rebecca Munroe‘s latest video a peek, where she shares how she likes to spend her self-care days. 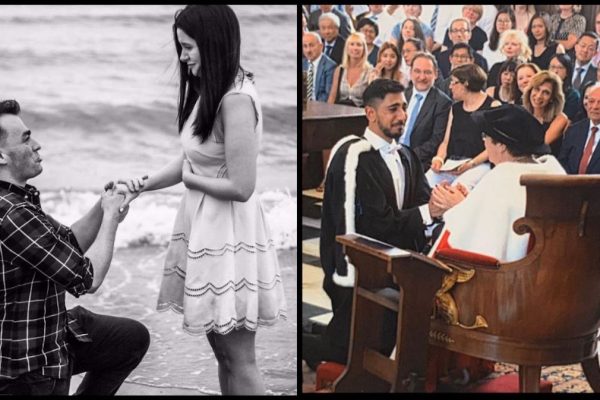