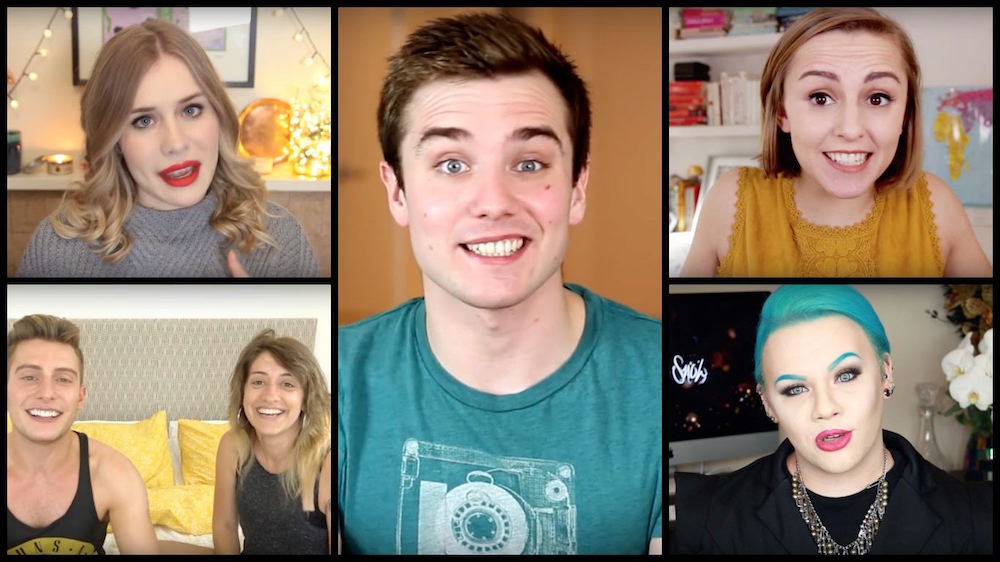 It’s time to make taboo topics not so taboo anymore.

It’s 2017, people! Long gone are the days where the intimate details of one’s life were seen as improper and *gasp* scandalous. Today’s society is a much more open one, so why on earth do we still see the likes of sex and sexual education being avoided?!

Spoiler: we here at TenEighty HQ think this is ridiculous. It’s common knowledge that Sex Ed, as the cool kids call it, isn’t taught all too well in schools and, as a result, many teens are turning to the internet (specifically YouTube) to learn about their changing bodies and everything else that relates to growing up into a scary adult. And since this is the case, we decided to round up five creators who have opened up the conversation online and are teaching the younger generation that sex isn’t the scary topic society has made it out to be.

So, without further ado, we present our Five of the Best: Let’s Talk About Sex. Enjoy!

The first person who springs to mind whenever the topic of sex is brought up is Hannah Witton, who for years has made it her mission to educate the masses on all things sex.

Just under a year ago, Hannah launched The Hormone Diaries, which documents her experience coming off the Pill. Within the series, she documents her experience with having her period for the first time in years, and in this specific episode she showcases her first experience with the menstrual cup. Her discussion of periods, as well as non-hormonal contraception, is exactly why this series is so crucial for those going through puberty. With so many options, period management can seem like quite a daunting feat, but with Hannah’s advice her viewers will be able to navigate its waters like pros!

The Hormone Diaries also discusses being tested for STDs, getting a smear test for the first time and so much more, so be sure to give the full series a watch! We highly recommend it if you’re looking for some solid info.

Being misGendered & What The Hell Is “Gender Pushing” | ElectraSnow

One aspect of Sex Ed that isn’t all that discussed in school is sexuality and gender, so it’s important that information is made available for those who are still exploring both. That’s why we’re happy to have creators like Electra Snow using their platform to do so.

Electra educates viewers that it’s okay to be whoever they want to be, whether they identify with a certain gender and sexuality or if they see themselves as being fluid. With this video specifically, Electra not only continues to advocate for this, but also aims to educate those who may be ignorant to the fact that sexuality and gender are not set in stone.

It’s because of this that this specific video is one of the more important ones on this list. Being misgendered by others can be very harmful to a person, and therefore we should aim to educate ourselves so as to ensure we identify others in the way they wish.

STDs – or sexually transmitted diseases – are something we should all be educated on. If you don’t practice safer sex, then you’re at risk of getting one, which is why we’re happy we have Calum McSwiggan to educate viewers on the importance of getting tested and using condoms.

In this video, Calum brings up the fact that STDs are becoming harder and harder to treat, as some are mutating and becoming antibiotic-resistant. As a result, he reminds us of the risk of not getting tested and advocates that we get tested regularly, even if we don’t notice anything is off, because most STDs don’t present symptoms. And whilst this knowledge might frighten us, we shouldn’t let it prevent us from being intimate with others. We should use it as a drive to spread awareness to ensure that the spread of STDs stops altogether.

If this video interested you, we highly suggest you view the entirety of Calum’s Gay Sex 101 series. It’s filled to the brim with info everyone needs to know.

Not all Sex Ed programmes educate teens on both the outer and inner workings of the reproductive system, which is concerning because a lack of education can lead to an increase in unplanned pregnancy and STDs while also spreading the stigma that sex is something that should remain undiscussed. This is why we’re lucky to have the likes of Riyadh Khalaf and US vlogger Arielle Scarcella to do what the education system won’t.

With their videos Lesbian Shows Gay Guy Her Vagina and Gay Guy Shows Lesbian His Penis, the pair educate both themselves and viewers about the reproductive organs while also combatting body shaming and the continuous misunderstandings that keep popping up within society. They’re important videos to watch to not only break the stigma but to also educate yourself far past what you learn within the school walls.

Coming Off The Pill (After 7 Years) | Lex Croucher

Closing out our list is a discussion by Lex Croucher about coming off the contraceptive pill.

Lex decided to come off the Pill after learning about its side effects, and with this video discusses the differences she’s experienced since coming off it, including a difference in acne, her periods, and her sex drive. Lex also brings up a point in the video we thought it important to highlight: that not all women go on the Pill in order to use it as a form of contraception. Many use it in order to control acne and the symptoms they get with their period, including painful cramping, heavy flows, and hormone fluctuations.

We also want to make it clear that, while the Pill might not have been right for Lex, it doesn’t mean it won’t be for you. We suggest speaking to your GP or a healthcare professional to learn more.

Five of the Best: Let’s Talk About Sex. We hope you found these videos interesting to watch and that they showed you Sex Ed isn’t something to shy away from. It’s important to keep ourselves educated and sexually aware. It not only helps ourselves, but others as well.

About Clare Fitzgerald
Aspiring journalist whose life revolves around Pokémon Go and YouTube. | @JournoClare
View All Posts by Author
YouTubers Do War for the Planet of the Apes Screening
Dodie Clark Announces Debut Book 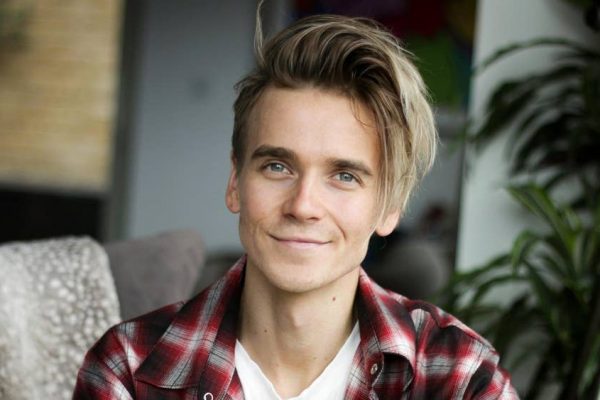