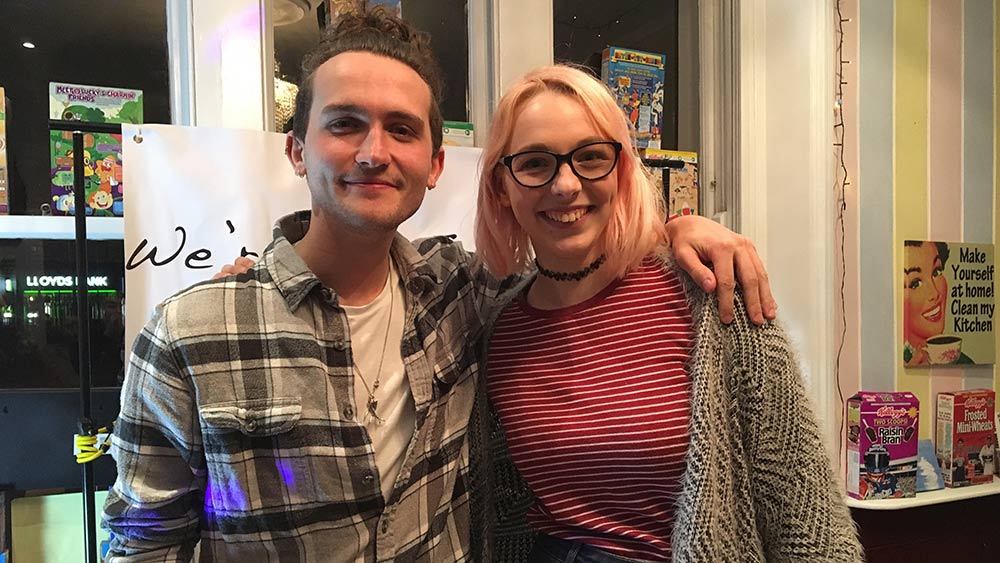 On 18 March, We’re Not Just Cats Records held a session at the Cereal and Tea Lounge in London. With the smell of Pop-Tarts in the air, Lou Foulkes and Amelle Rose took the stage to play acoustic sets as sweet as the cereals to an intimate and friendly crowd. Doors opened at 6pm and guests were treated to a free bowl of cereal (courtesy of WNJCR and hosts BY37UK Cereal and Tea Lounge) whilst Lou and Amelle chatted to the audience. After half an hour, the show kicked off, with Amelle stepping up with her guitar. A willowy figure with candyfloss pink hair, she opened with a cover of Bon Iver’s Blood Bank. She then played a selection of original songs including Unbreakable, Leaving You Behind, and Mama Said (set to feature on her upcoming EP). Amelle also told us about the stories behind each song, telling tales ranging from protective mothers to drunk exes calling at 3am, as well as depression and running away from everything in the name of love. She ended her set with a lovely song sung in French, as voted for by the audience. We caught up with her after her set and she confessed, “I was feeling a little nervous beforehand but I feel really good!”

After a break to let everyone grab some more cereal and a cup of tea (we highly recommend the Chocolate Lucky Charms with added marshmallows), Lou Foulkes stepped up to the mic to play his first ever gig in London. He treated us to a mix of covers including Bring Me the Horizon, Blink-182, and Elvis, and some original music from his 2016 EP Grin and Bear It: Toothpaste, T-Rex (he assured us this was a totally fictional story about “being decked outside a nightclub”), and Guinness and Black. A highlight was a ukulele cover of My Chemical Romance’s I’m Not Okay on his uke (called Duke!), which brought us feelings of nostalgia for our teenage days where we wore too much black eyeliner and ripped netting, as well as his original song inspired by Die Hard. It was a wonderfully chilled event with sugar in our systems and smooth tunes in the cafe, with both performers laughing with the audience, sharing their songs and stories, and Lou telling terrible jokes whilst tuning his guitar.

The event was live streamed (after Lou stopped sitting in front of the camera) so you can check it out if you missed it the show!

Multiple organisations have pulled their advertising from YouTube due to worries they will be shown alongside extremist content. Alternatively, check out our latest Weekly Round-Up!

About Christy Ku
Writer of words, teller of tales, performing poet and general maker of things (with a little bit of alliteration).
View All Posts by Author
YouTube Apologises For Restricted Mode LGBTQ+ Controversy
Five of the Best: YouTubers for Comic Relief 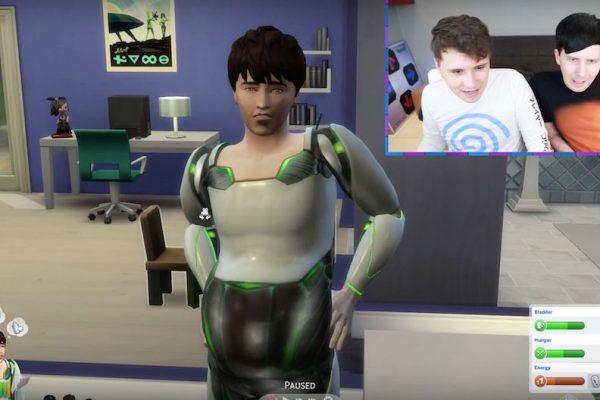