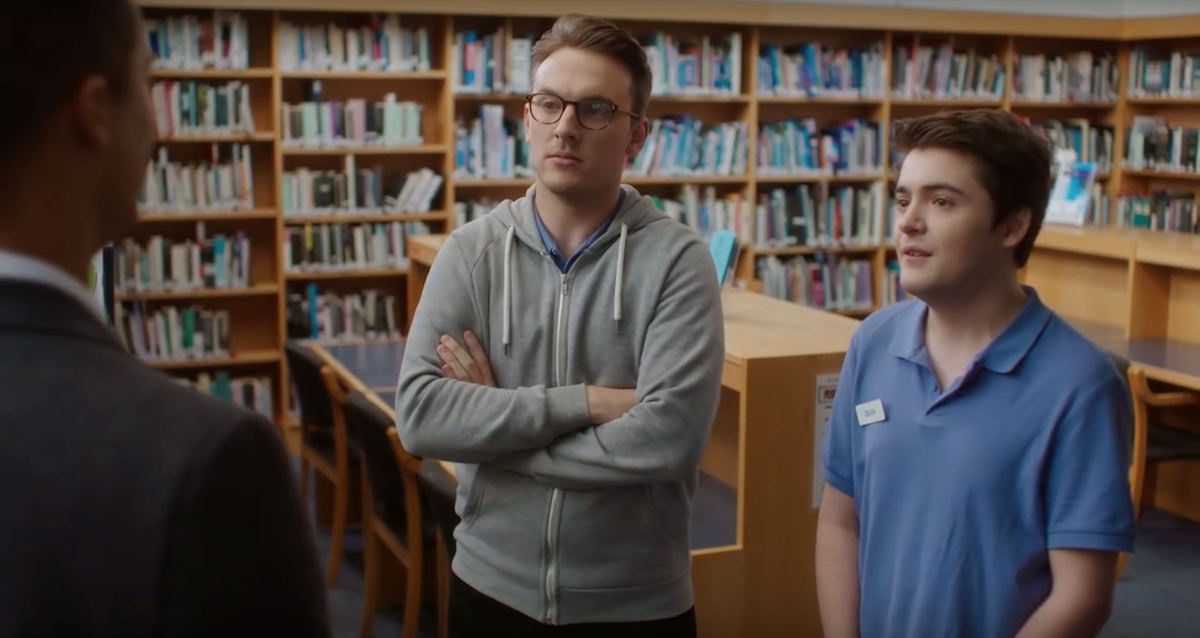 Open up those curtains and let the warmth of the sun fill your room. Yes, we know it’s Monday and you don’t want to leave the warmth and security of your bed, but it’s the start of a brand new week and many wonderful adventures await you!

Well, maybe not adventures per se (unless you count a trip to the post office as an adventure), but there are loads of videos just waiting to be viewed! From lovely original music to some informative advice, this week’s Round-Up is filled to the brim with everything you need to start off your week right. So let’s jump into it!

After much anticipation, Jack Howard and Dean Dobbs have finally premiered the trailer for Series Two of Jack & Dean Of All Trades, and to say we’re excited would be an understatement. Beginning where Series One left off, the trailer gives us a sneak peek at what jobs Jack and Dean will be taking on this time around, as well as introducing us to Jack’s younger sister, and many, many more new characters! There’s a lot going on, and we definitely think this series has the ability to surpass the first one, which is saying something because it was bloody brilliant!

Leena Normington recently embarked on her #40DaysOfQuestions challenge and our favourite video in the series thus far is a look at London through her eyes, and those of Australian vlogger Jackson Lana.

London is a massive city, filled with thousands upon thousands of people with their own destinations and goals, and it’s really interesting to hear both Leena and Jackson’s interpretation of the activity that goes on within its boundaries. Through blending their discussion with a montage of clips filmed throughout the city, Leena is able to showcase its beauty and why so many people move here in pursuit of their dreams. If you’ve just moved to London or are thinking of living here in the future, we highly recommend giving this video a watch!

Call Me Out (Official Video) – SarahClose1

Who can we talk to about getting Sarah Close to come to our office and sing to us all day long?

Earlier this week, Sarah released her debut music video for her single Call Me Out and all we can say is that it’s probably our favourite song ever. Seriously, it’s a jam and a half, with its infectious beats and Sarah’s incredible voice. And don’t even get us started on the stunning video! We dare you to watch it without becoming entranced. We bet you can’t do it.

If you like catchy pop beats and pure talent, then Sarah is definitely the musician for you!

CALLING MYSELF OUT (with Ash & Jake) – TheRealAlexBertie

It feels as if Ash Mardell collaborated with every YouTuber under the UK sun while on a recent trip to London, making some of our favourite videos thus far this year, and this collab with Alex Bertie and Jake Edwards is definitely on that list!

Alex and Jake teamed up with Ash to learn more about the many identities under the LGBTQ+ umbrella, and what we loved most was that the two weren’t afraid to admit what they didn’t know and were willing to learn. It’s always great seeing YouTubers willing to educate themselves about the LGBTQ+ community, and we highly suggest everyone gives this video a watch!

Asking For Help Is Hard – NotJustBlonde

Closing out our Round-Up is the lovely Zannah Perrins and this video about the difficulties of asking for help in times of need.

We’ve all been in a situation where we’ve emotionally needed support from those in our life, but have been too scared or nervous to ask for it. Zannah discusses that fear and insecurity, and looks into our generation’s tendency to bring our problems to the internet – which, as Zannah explains, can be both a good and bad thing, depending on the type of response we’re looking for. It’s a very relatable video and one we found ourselves taking a few notes from.

Jamie Jo shows us yet again why she is one of the best artists gracing the YouTube sphere with her oil painting of Beauty and the Beast‘s Belle and the Beast.

New to the UK and want to fit in? Then take a seat, grab a pen and some paper, and let Joel Wood and Lia Hatzakis teach you all you need to know!

Rosianna Halse Rojas spoke about her experiences in the British education system and what she feels it omitted in terms of British colonialism.

Two painting videos in one Round-Up?! No, we’re not obsessed. We’re just fascinated by the amount of artistic talent on YouTube. Chloe Dungate, can you please paint us our own Bubble Tea Cat?