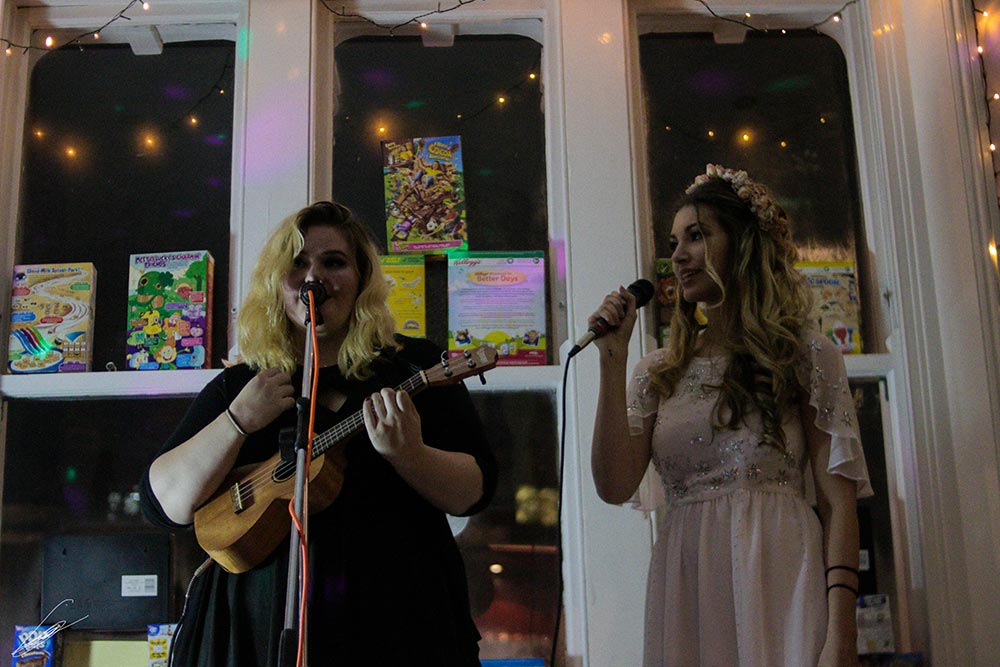 We’re Not Just Cats Records recently held the first of their intimate series of concerts.

The acts who played at WNJCR‘s first show were Libby Tidley and Helena Cate, performing at the BY37 Cereal and Tea Lounge, which opened at the tail end of 2016 and serves British and American cereal, Pop-Tarts, sandwiches, and cakes. It’s an extremely intimate, stylised venue, with a unique decor consisting of cereal boxes and prints of comic covers. They also gave every attendee a voucher for a free bowl of cereal. (We had Chocolate Lucky Charms, if anyone was wondering.) The show was hosted by Jake Aspey, the founder of WNJCR, whose in-betweens weren’t too far from stand-up sessions, engaging in playful back-and-forths with the audience. Meanwhile, Libby and Helena spent some time before the show chatting with friends and fans, and engaging in singalongs of Oasis and Smash Mouth songs. The first act was Helena Cate, who took to the stage in a white dress and flower crown to sing a series of stripped-back tunes largely about romance and relationships. The setlist included Meet Me in the Middle, about a time her and a boy met in the exact centre between their two locations; Under My Skin, a potential first single with an earworm chorus; and a song from the point of view of a cat called Please Don’t Take Me to the Vet, which had the audience cracking up. Her voice was bright and infectious, and even the sounds of car horns and sirens outside weren’t able to stop the music.

Helena closed her solo set with a song called Man Enough, about an insecure ex – “I’ve got my dignity and you get to keep your masculinity” – before Libby joined her on stage for a rendition of their song Whistle, a witty feminist anthem about being catcalled in the street. It was at this point that the audience all sat on the floor, which is how things stayed until the end of the show. After a short break, Libby Tidley began her set, alternating between fingerpicked guitar and strummed ukulele tunes. Many of the songs were more atmospheric, including Terrors of the Night, a song about being awake in the middle of the night with depressive thoughts. She played two tracks from her latest EP Cloudy Skies, including a catchy call-and-response pop tune called Be Brave Stand Strong which had the entire crowd singing along enthusiastically. Immediately after this came Coffee and Toothpaste, another duet with Helena which drew a passionate response from the audience.

Libby’s powerful voice moved naturally between the soulful slower tracks and joyous upbeat ones, and she had the audience in the palm of her hand the entire time – aside from one brief moment where she revealed she thought Daisy Ridley was known for her work on Star Trek. Closing songs included the track Run Through Fountains, a song about feeling unworthy – “We turned molehills into mountains, and we can turn them back again” – and Farewell, which is about the video game Life is Strange.

Fans were extremely happy with how the show went, with Will Priddis telling us he felt it was “authentic and human […] you’ll have these moments where it’s so jovial and fun, with lots of banter going on, and then the next minute they’ll have the whole crowd silent and in tears”, while Becks Maguire simply stated: “I flew from Ireland for this. It was worth it.” The performers were also pleased, with Helena telling us, “Considering this is pretty much the first show I’ve played in London that wasn’t organised by my uni, I think it went well”, and Libby feeling that “the intimacy always makes you feel a lot less stressed – even when you mess up a couple of times, if it’s in an intimate setting and everyone’s being lovely about it you get less angry with yourself, and it’s easier to laugh it off and just have a fun time”.

They both felt like a venue such as BY37 was a great spot to hold this type of concert. Libby stated that “little unique venues are the nicest places to hold shows in. Plus it’s always just really interesting to be like, ‘Yeah, I played a Cereal Cafe…’!”, while Helena said, “I thought [the venue] would be bigger than this, but I love the size it is […] it’s challenging in a different way to be that intimate with the audience, and I think this is the perfect venue to do that.” Once everything was packed up, Jake described the show as “really really cool”, while also explaining some problems with the show’s live stream going down: “That was actually due to Libby’s song Coffee and Toothpaste which everyone wanted to tweet and Snapchat – it actually brought the internet down”.

He ended by telling us about the upcoming shows in the series, including George Reece’s headline show on 15 April: “That show’s gonna be slightly more special as well, as it’s also George’s birthday, so it’s a nice big birthday show with cake and cereal and all the fun stuff.”

About Tom Bown
Bown is TenEighty's News Editor, and has been in and around the UK YouTube community since 2008. He likes pretentious movies and frosty chocolate milkshakes.
View All Posts by Author
Visit Author Website
YouTube Community Responds to PewDiePie Controversy
Rooster Teeth Announce RTX London 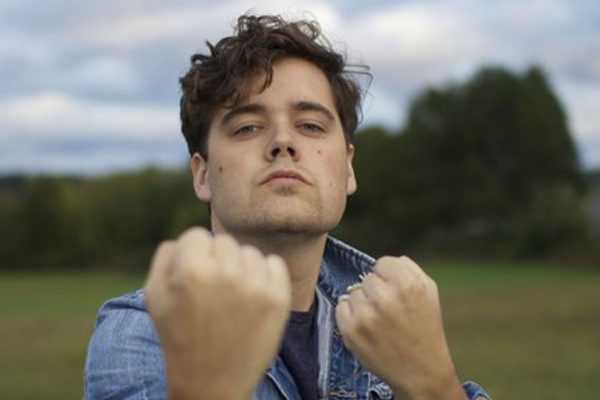