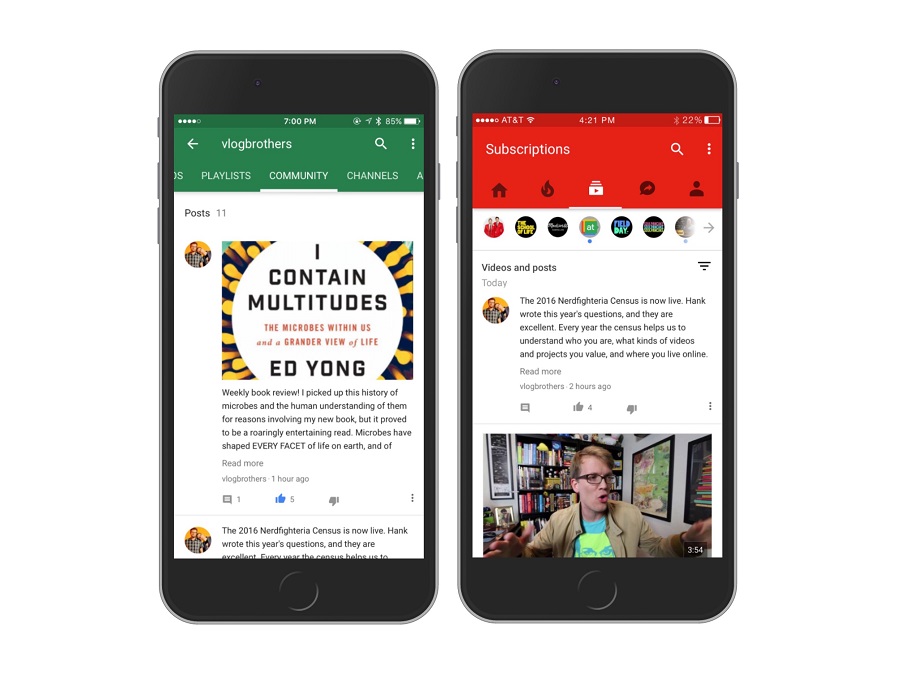 YouTubers using the feature will have an additional tab on their channel titled “Community”, in which they will be able to post directly to their audience. Subscribers will be able to choose whether or not to receive notifications for these posts.

It is currently being tested by a small group of YouTubers, including John and Hank Green, Rosianna Halse Rojas, Lilly Singh, and Jake Roper. This group have been working alongside YouTube to develop the feature for the past few months.

“It’s been really exciting to be part of this from that early stage,” said Roisanna in a video discussing the feature, in which she encouraged her subscribers to share their thoughts on what they want to see in the Community tab on her channel.

“I was a little dubious, but I’m generally excited about this change,” said John in his own vlog. “YouTube has always thought of itself as being about video,” he added, “but for many of us, it’s mostly been about community.”

Jake also shared his thoughts on YouTube Community, in a video on his side channel.

“We know it’s a big change, but we think it’s a very natural change,” said Shimrit Ben-Yair, YouTube’s Director of Product Management. “Our creators are — as they’re called — creative people. When they’re thinking about being creative, they’re not limiting themselves to video. And neither should we.”

YouTube Community will remain in the testing stage while YouTube gathers feedback from creators and viewers. New features and functions will be added in the months ahead, and it will be rolled out to further creators.

Find out how YouTubers reacted when the feature was first announced. Alternatively, read all about Zoe Sugg‘s new range of lifestyle merch! 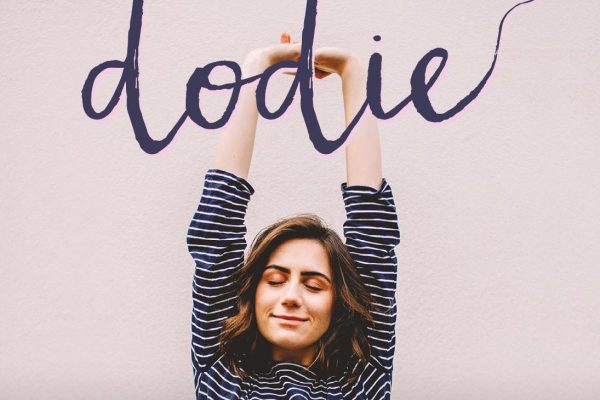 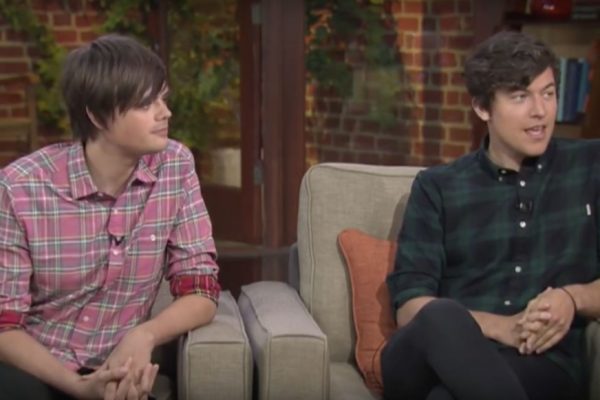 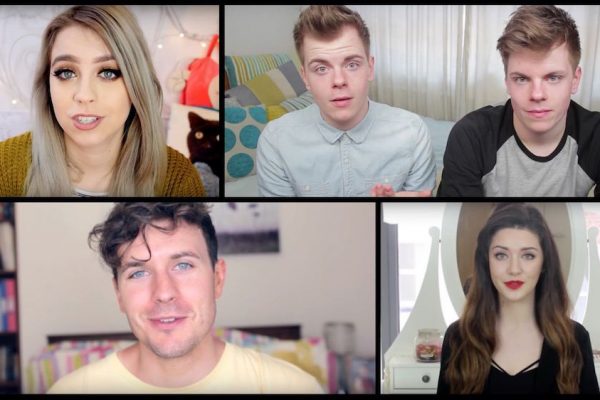 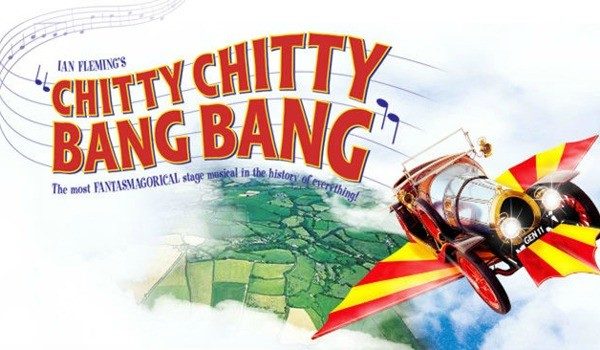