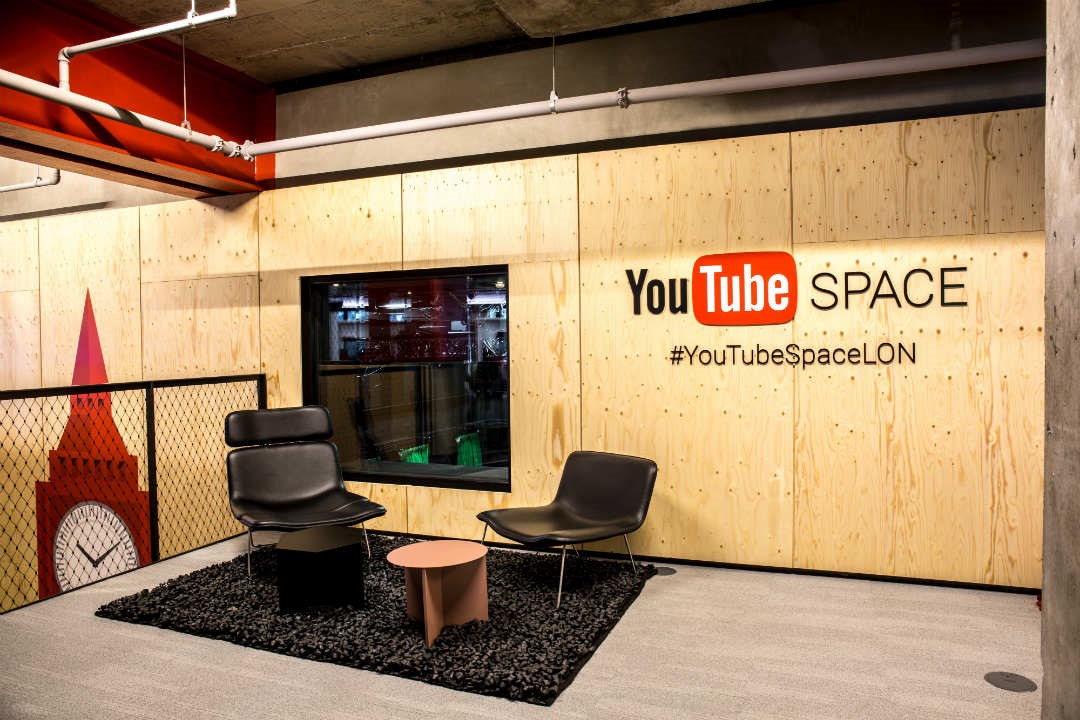 Following the launch of the new YouTube Space London, we’ve pulled together some of our favourite new features that creators should look out for on their first visit. Not only is the new Space the second biggest in the world (after LA), it houses state-of-the-art facilities and is geared around learning, connecting, and creating.

Here are a few of our favourite new features!

Perhaps the biggest news about the new Space is the Creator Store. Opening in September, it’ll house YouTuber merch and host events for fans to meet their favourite creators. Read more about it in our YouTube Space London article. 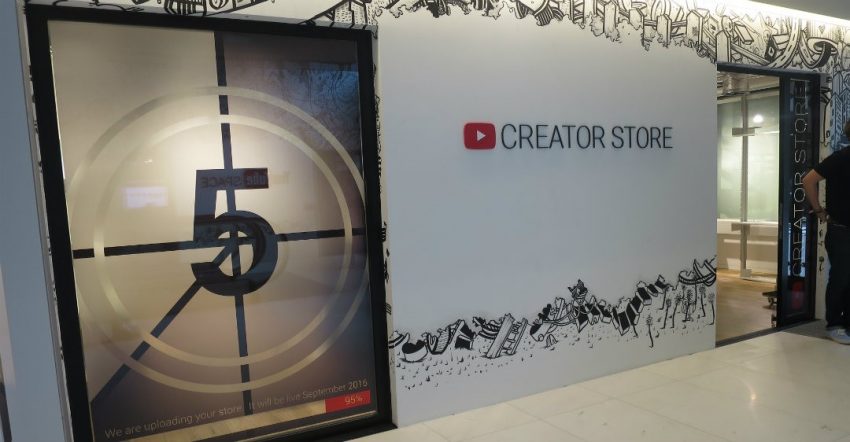 Not only does the new Space house three studios, one of them also turns into a Dolby-certified Atmos 4K screening facility. If those words mean nothing to you, basically it’s better than your local cinema. Impressive, right? Here’s hoping they’ll do screening nights where we can sit and watch endless Zalfie vlogs on the giant comfy cushions. 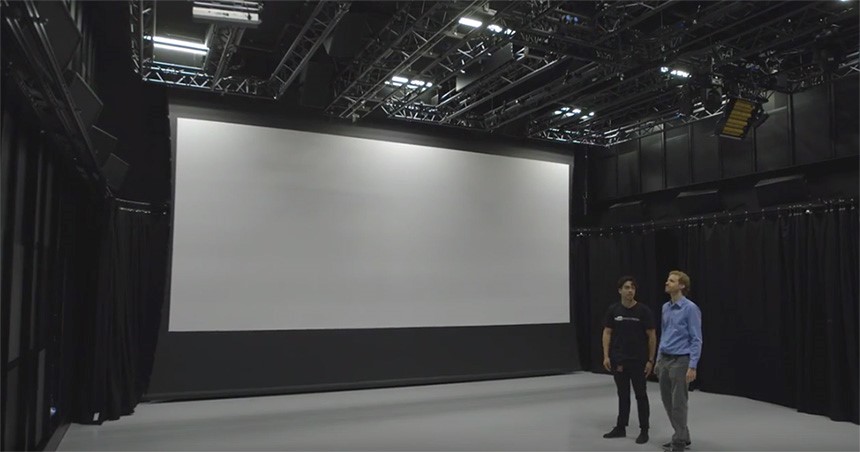 Just inside the entrance to the Space is room containing various ready sets. These are backdrops and scenes which can be used by creators to shoot in places they wouldn’t normally be able to access. The current installed set is a train carriage – but locker room, restaurant, and army base ready sets could be on the horizon. This space will be refreshed every six months. 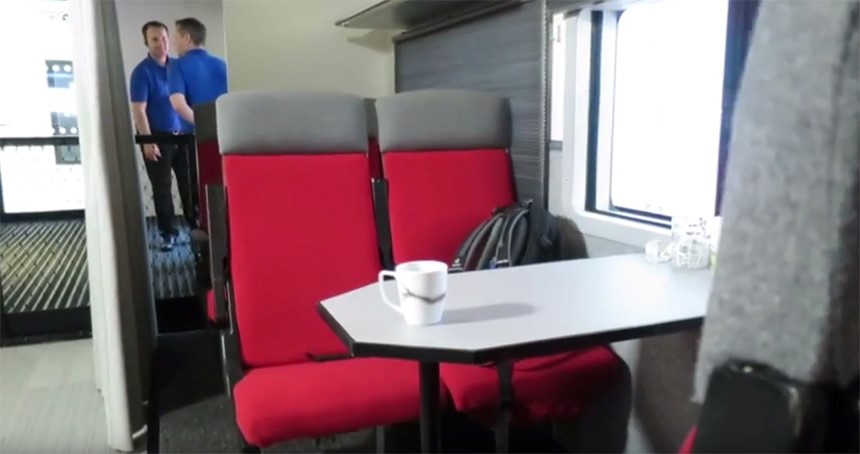 4. Lockers on The Street

Right in the heart of the Space is a corridor called The Street which houses 16 lockers. As anyone who went to the old Space will tell you, having somewhere to put your bags down at an Open House or before a big shoot is important. They even have combination locks to make sure your filming kit and bags are secure. Great idea! 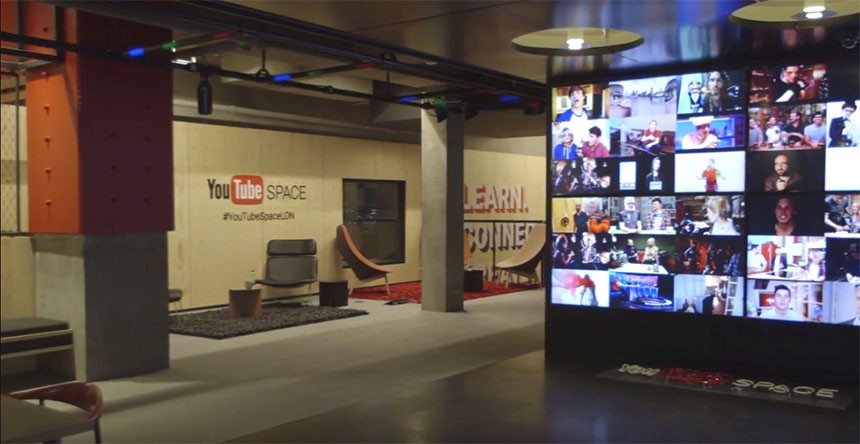 The new Space has a room dedicated to audio and our ears can’t wait to try it out. They’ve chosen Dante as the audio-over-IP standard and partnered with SSL to supercharge the audio capacity with a 64-fader large-format console and a smaller 16-fader desk. That’s a lot of kit! It’s made especially for live music, mastering and experimenting with audio for VR. 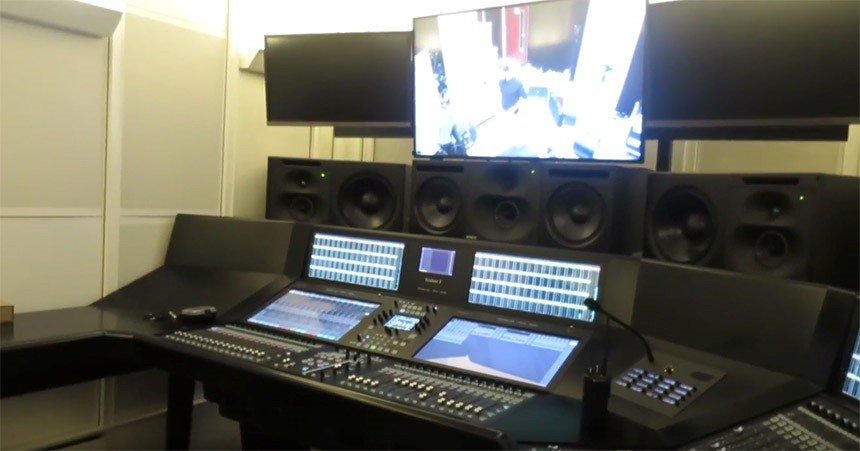 While the old Space might’ve had a kitchen with a coffee machine and snacks, YouTube have upgraded and installed a full coffee shop and Hydration Station. It’s the perfect place to hang out between shoots or network with YouTubers – who knows who you might see sipping on a brew there. Even better, they have a dedicated Barista too! 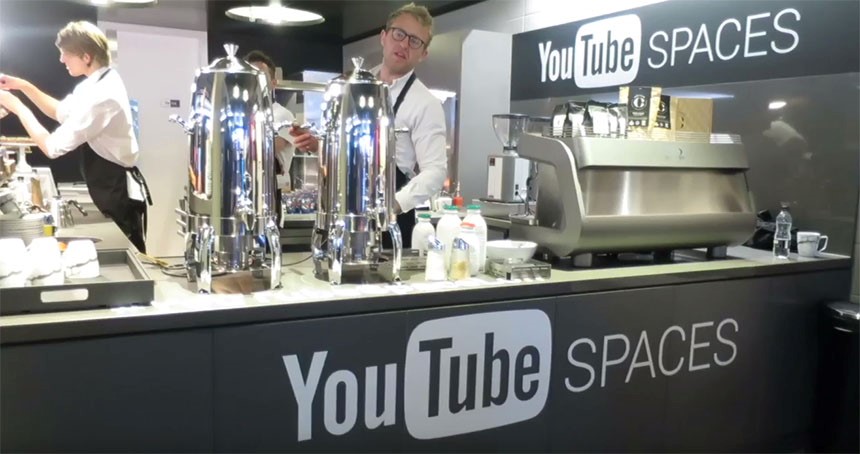 Here’s where you check-out camera and audio gear. If you’re looking to test out the latest Canon cameras or need a microphone to get crisp vlog audio, the tech cage is the place for it. There’ll be a YouTube Production Assistant on-hand from 10am-9pm every Monday-Saturday when the Space is open. 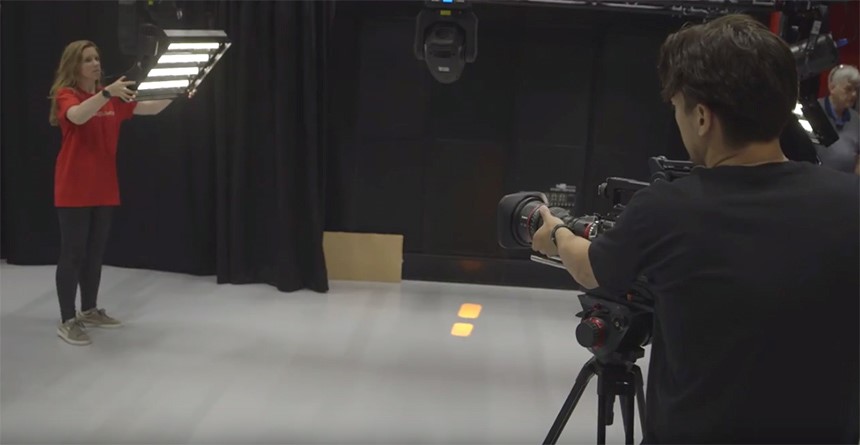 What would a YouTube Space be without somewhere to get all glammed up? The new Space has changing facilities, hairdressing facilities, and even a shower. Many creators had been asking for one of these at the old Space, so it’s great to see a shiny new one installed! Perfect for scrubbing up before a shoot or hosing down after a messy challenge vlog. 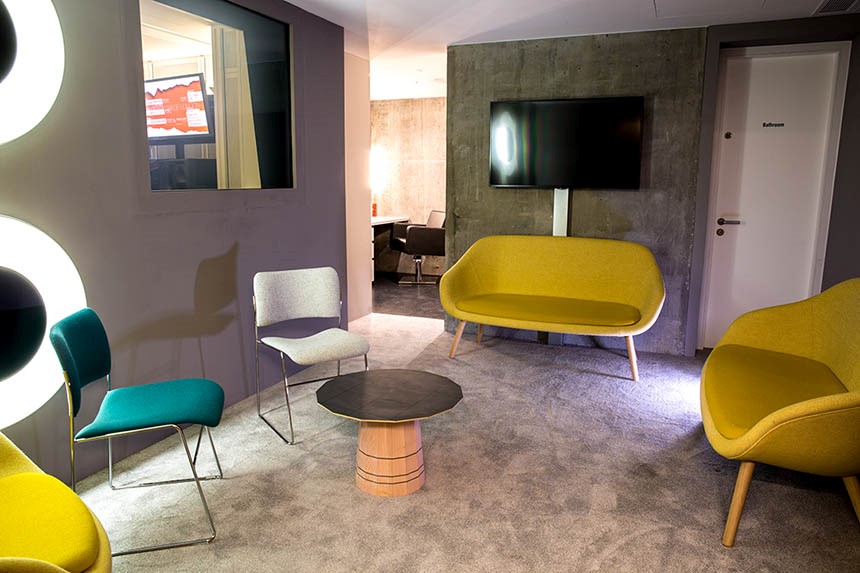 The new YouTube Space London is the first to have an obvious, street-level entrance. It has a YouTube play button outside and everything! Not only that, there’s also a huge screen playing multiple YouTube videos in the window so passers-by can get a glimpse into the world of YouTube and everything that has been shot at the Space. Pretty cool. 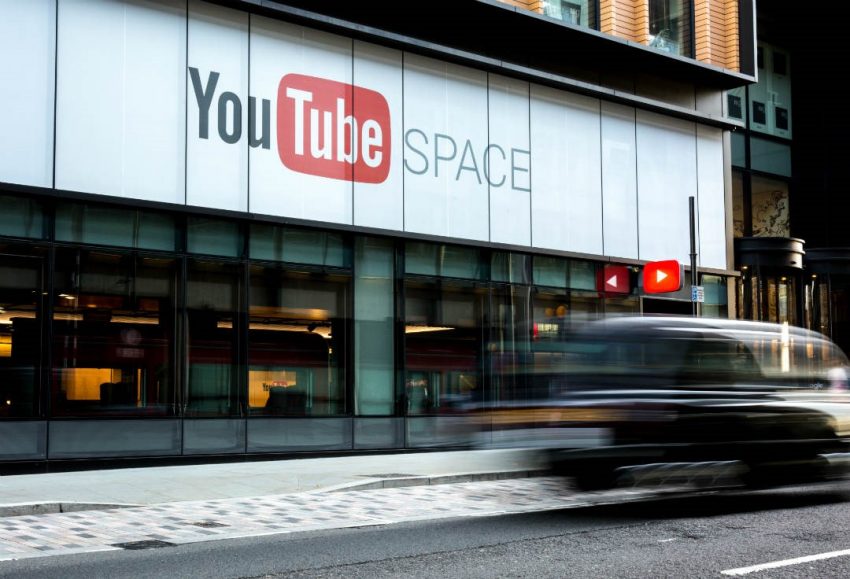 Excited to book the space and see it all for yourself? Find out more about the new YouTube Space London and how to book. 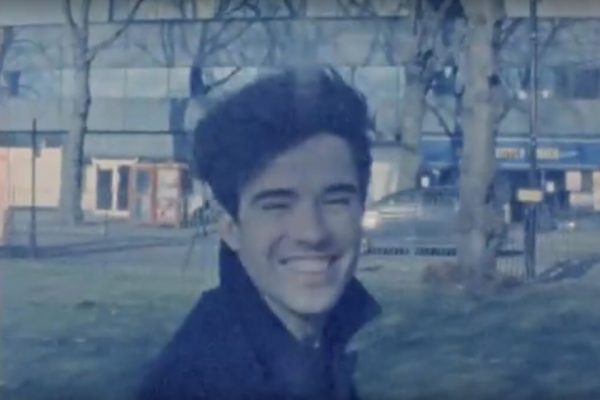