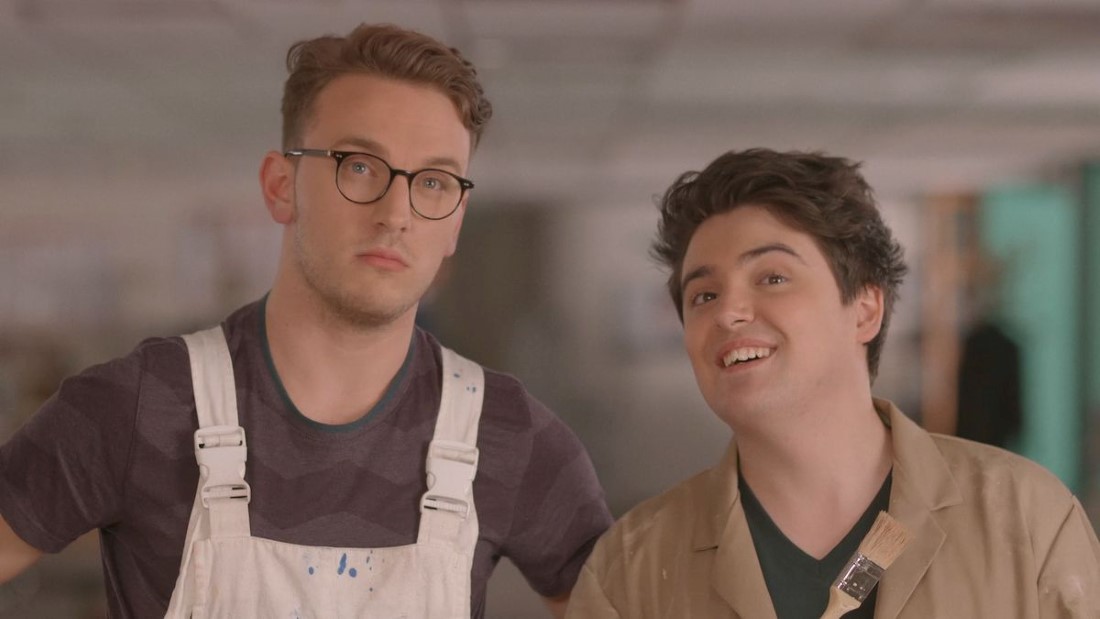 Comedy duo Jack and Dean’s first series, Jack and Dean of All Trades, is available via Fullscreen’s new streaming service.

Jack Howard and Dean Dobbs are releasing their first sitcom through the Fullscreen streaming service. A trailer was uploaded to their YouTube channel on 20 June and the first episode is also available to view there. The following episodes will be released two at a time through Fullscreen starting today.

The series follows childhood friends Jack and Dean as they join a temp agency after quitting their bank jobs, and try out a variety of different careers.

“We were trying to find a way to make a sitcom that would support the same idea of our sketches where anything can happen – both in tone and situation,” explains Jack.

“We realised that the series couldn’t just start off with Jack walking into a room each time and Dean doing something quirky,” adds Dean.

“It’s a fine set-up,” Jack continues, “but jobs give a context for where characters go and why things change. Doing the jobs puts them into different situations.”

Jack and Dean share that they found the experience of making the series to be very positive.

“Making it was the best time I had making anything,” says Jack. “I couldn’t wait to get up even though we had to get up every morning at 5am and would wrap at 11pm. Waking up at 5am isn’t hard when you’re doing something you love.”

“A lot of the crew were people I had never met before which normally makes me nervous,” admits Dean, “but now they’re some of our best mates. It’s like a little family.”

Fullscreen’s influence in the creation of Jack and Dean of All Trades is evident on speaking to the duo. “We had an idea that was a bit mad,” remarks Dean, “and Fullscreen knew it did stand out a bit much and our filmmaker-y heads were taking over too much, and now we know it would have stuck out like a sore thumb.”

The character of Emma (who appears in the second episode) was suggested by Fullscreen, who wanted to include a love interest in the series. Jack admits that this is something that he and Dean wouldn’t have done, but that they were both very happy with the result.

“Andrea Valls, who played Emma, brought something to the role that other actresses wouldn’t do,” he says. “She played her knowing she has a secret, with a little bit more depth than other people do. It matches our style of comedy perfectly […] If we do a Season Two, we would want to make it more of an ensemble show and make her character more prominent.”

Jack and Dean started their YouTube careers with sitcom/film project Country Kyle. When asked how it felt to release a full-length series after so many years, Dean says: “It feels nice to get something done. Country Kyle was messing around with friends and there wasn’t any clear goal or anything because I didn’t know I’d be doing this for a living. It feels like we got better – which is nice. It feels like we’ve improved.”

“When you say the words Country Kyle it reminds me of why I always wanted to do this,” says Jack. “We were messing around with friends – we were playing – and figuring out how to make something longer-form. And when that didn’t work out, we did shorter form. And now that we’ve practiced it, we went back to longer form. The idea of what we wanted to do is still the same – it’s just more practiced.”

Paul Neafcy, who helped write the series, also spoke to us about what it was like to work on such a large-scale project. “I don’t think I realised the scale of it,” he admits, “at least not for a while. Jack asked me to help them write a series and I said, ‘Cool’, thinking it would just be a bit of fun. Then it became apparent there was a budget and production companies involved.

“Even with all that going on, most of my work was done in a room or over Skype with just Jack and Dean.” he continues, “so it still felt quite low-key. At least until we were taking script notes on calls from Los Angeles and talking about Jessica Hynes maybe coming aboard. Then it started to sink in that this was a big step up from shooting sketches in Jack’s living room.”

The trailer for Jack and Dean of All Trades revealed that there will be some musical elements to the series. Jack and Dean have created musical content in the past in videos such as Consent and Incognito, and we asked the pair what it was like to perform and direct a musical number.

“Weird to do on the first day,” Jack admits. “It was the third or fourth thing we shot. What was really good about it was we did a lot of prep and we knew what sort of musical number we wanted to make.

“To perform it was good – I really enjoyed that – mostly because I was surrounded by professional dancers who made me look better than I am. Directing musical numbers or music videos is really fun because the audio doesn’t matter. You only have to worry about if it looks good, which is really freeing. If we do a Season Two, I’d like to do more things like that.”

“For me in a mental space, my musical scene was a disaster,” says Dean. “In the episode it only lasts 20 seconds but for me it felt like an eternity. I was tired, the fire alarm was going off, and I was trying to spin a pole, do a twirl and catch it, and I was like, ‘I can’t do this’. When I look at it now, I was like jeez.”

“You can’t tell though,” adds Jack.

A month-long free trial of Fullscreen’s streaming service is available now. The service will be home to many other TV shows and films, as well as other YouTube creators’ content such as Electra Woman and Dyna Girl starring Hannah Hart and Grace Helbig.

Joe Sugg has announced a sequel to his graphic novel Username: Evie. Alternatively, check out eight things we learned from VidCon 2016! 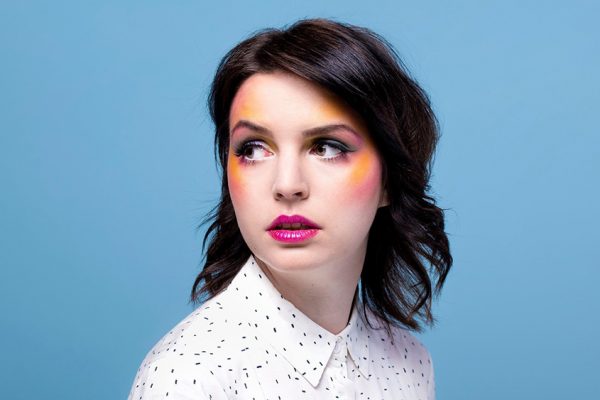 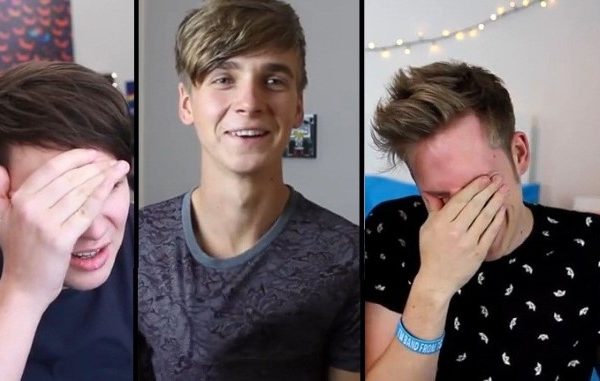 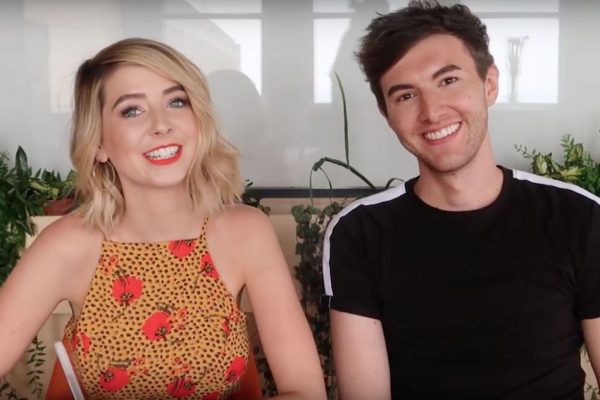