Our fave creators are known for gracing our computers with hilarious skits, heartfelt vlogs, and crazy antics, but did you know they’ve also appeared on a slightly larger screen?

Yes, along with appearing on YouTube, many of our fave YouTubers have made the jump to television, appearing on everything from reality shows to documentaries, and game shows to music countdowns. You could even say they’ve taken TV by storm.

It’s honestly pretty cool because, aside from the fact they’re on TV (we don’t know how we can emphasise that enough), they’re showing the real world that #TeamInternet is more than just a couple of “weirdos” filming videos on their computers. They’re showing everyone that we have what it takes to have an impact on the masses, and we can’t help but feel a sense of pride each time one of them pops up on our TV screens.

Who exactly has made the jump? Keep on reading to find out!

1. Zoella on The Great British Bake Off

You know we couldn’t make a list about YouTubers on TV without including our very own Zoe Sugg. Zoe’s been everywhere: This Morning, Loose Women, Newsround… But our favourite by far is definitely when she appeared on The Great British Bake Off as part of Comic Relief.

Having to out-bake the likes of Jonathan Ross, Abbey Clancy, and Gok Wan in order to win, we saw Zoe bake delicious looking banana and salted caramel cupcakes, profiteroles, and a beach house-themed marble cake. It all looked so good; our stomachs were rumbling throughout the entire special!

While Zoe didn’t win the overall competition (we demand a recount!) and nearly killed Mary Berry, we feel her time on GBBO was pretty spectacular and we hope they have her back again for a rematch! 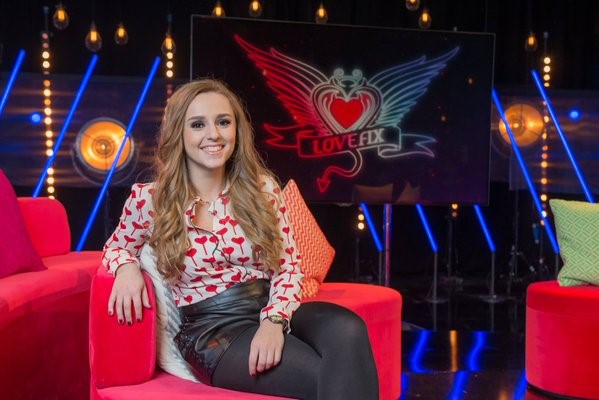 Who better to host a show about love, sex, and relationships than someone who has an entire YouTube channel dedicated to the subject? It looks like ITV execs were thinking the same thing, as they got the one and only Hannah Witton to co-present Love Fix.

The show, which aired this February, saw Hannah and co-hosts Katie Mulgrew, Ollie Locke, and comedian Kojo try to solve the nation’s romantic dilemmas (quite the feat, really), including some that were NSFW. The show was honestly the perfect fit for Hannah and we really hope they make it an annual thing. Our love lives are a mess and we need some help fixing them.

Wish we could turn back time to the good ol’ days when our momma sang us to sleep and Jim Chapman was on Viral Tap.

What? Not as good as the original? Fine… But you have to admit, you totally miss Viral Tap. The show saw Jim, along with a whole host of co-presenters, looking at various viral videos and participating in some hilarious banter. We saw him really come into his own on the show and grab hold of that charming confidence we see from him today.

Luckily for us, Jim’s still presenting, as he was recently the host of GQ UK‘s new series, Luxury of Less.

Last autumn was certainly a whirlwind for PJ Liguori and Chris Kendall, who were out promoting PJ’s new (and insanely awesome) series, Oscar’s Hotel. And no, we’re not just talking about newspaper interviews. We’re talking about appearing on major US TV shows, such as Access Hollywood and Good Day LA!

Look at them, chilling with the bigwigs. Honestly, we were so proud of the two after watching their interviews. We felt like mama birds watching their children fly away from the nest for the first time.

Okay, okay, enough of the mushy stuff. But you have to admit, them appearing on US TV is pretty damn cool! 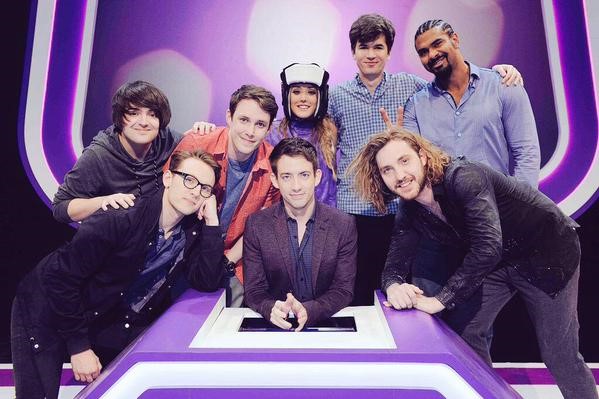 You know what’s better than having celebrities on quiz shows? Having YouTubers compete on them, especially when said YouTubers are the hilarious comedy duo Jack Howard and Dean Dobbs.

We here at TenEighty HQ love Virtually Famous, so when we heard that Jack and Dean would be appearing on the panel, we couldn’t not watch! We even had a party to celebrate, complete with finger foods and fancy glasses of champagne. You might think that’s going a bit far, but you honestly don’t know our love for this show or for Jack and Dean.

6. Dan Howell on The Supergamers

Here’s what we’ve gathered over the past few years: that the BBC love Dan Howell – and honestly, how could they not? Just look at that fringe, the way he smiles, those brown eyes… but we’re getting off track.

We think he did a pretty good job. 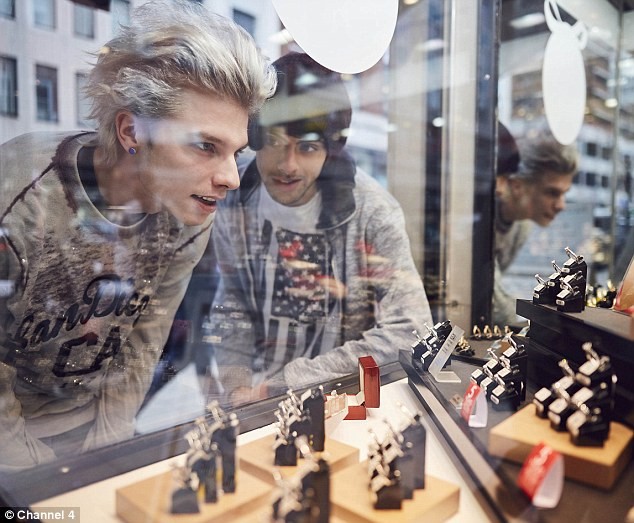 What’s television without a little controversy? It makes for good TV, and Channel 4’s Rich Kids Go Shopping, which featured Jamie Pine and his fiancé Mike Jerry, sure stirred up some.

The title basically sums up what the documentary was about: cameras followed “rich kids” as they shopped. Jamie and Mike’s appearance on the special brought about a lot of negativity toward the two, with many viewers criticising Mike for spending “Jamie’s money” and inquiring as to how Jamie acquired his funds. Jamie eventually set the record straight, but hey, good TV’s supposed to bring about conversation, right?

Despite all the controversy, the documentary ended with Jamie’s proposal to Mike, which we think was totally adorbz.

What’s cooler than being taught the coolest life hacks? Having Oli White, Jimmy Hill, and Mawaan Rizwan teach them to you, of course!

Oli, Jimmy, and Mawaan teamed up with Disney XD to present Mega Awesome Super Hacks, a show aimed at presenting the “most incredible hacks for the most epic situations”. Whether you’re interested in learning how to survive the next ice age or want to become the best spy on your block, these guys have got some tips for you! Surprisingly, they all worked.

Yes, we know the Condom Challenge is a thing of the past (and boy, are we thankful it is), but did you know that Caspar Lee and Joe Sugg once teamed up with Chatty Man‘s Alan Carr for an attempt?

While we might be tired of the challenge, we have to admit that Joe and Caspar’s appearance on Chatty Man was pretty funny. After a few failed attempts – which had us (and the audience!) in stitches – the trio were eventually able to successfully complete the challenge, resulting in applause all around!

We all know that Bethan Leadley and Jimmy Hill are massive fans of music, but did you know that the two have teamed up with 4Music to bring it to the masses?

Jimmy is a presenter for the channel and Bethan has her own show, titled The UK Music Video Chart, where she counts down the 20 most played music videos on YouTube. To be honest, we’re pretty jealous of them both. Imagine getting to talk about music all day… Must be amazing.

Better yet, imagine if we had our own show where we talked about YouTube. Now that’s the dream!

2015 was a pretty big year for Oli White. Along with appearing on Mega Awesome Super Hacks, he also hosted his own eight-episode show on CBBC, titled Cinemaniacs.

We might as well dub Cinemaniacs “Inspiring Tomorrow’s YouTubers” because honestly, that’s what Oli was doing. The show was dedicated to teaching kids about filmmaking and movie culture, and even saw appearances from Sir Ian McKellen and director Ron Howard! It was pretty cool, and we’d love for CBBC to bring it back for a second series.

12. Mawaan Rizwan on How Gay Is Pakistan? 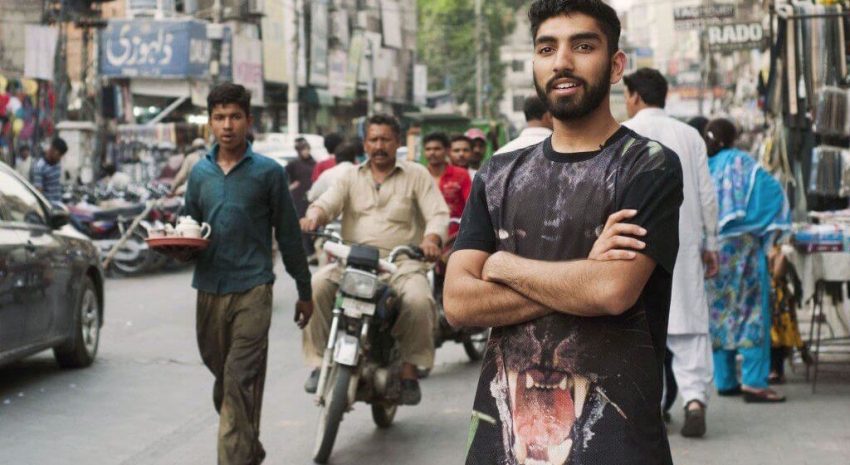 In 2015, Mawaan Rizwan teamed up with BBC Three to ask the question How Gay Is Pakistan? The documentary, which aired last October, saw Mawaan looking at homosexuality within the country, and how its LGBTQ+ residents are fighting for equality.

The documentary was powerful, and taught us a lot about what gays have to go through living in a country where they are persecuted for their sexuality, and we definitely think it’s a must-watch. You’ll learn a lot and it’s definitely a topic we feel society should be educated on.

13. Phil Lester on The Weakest Link 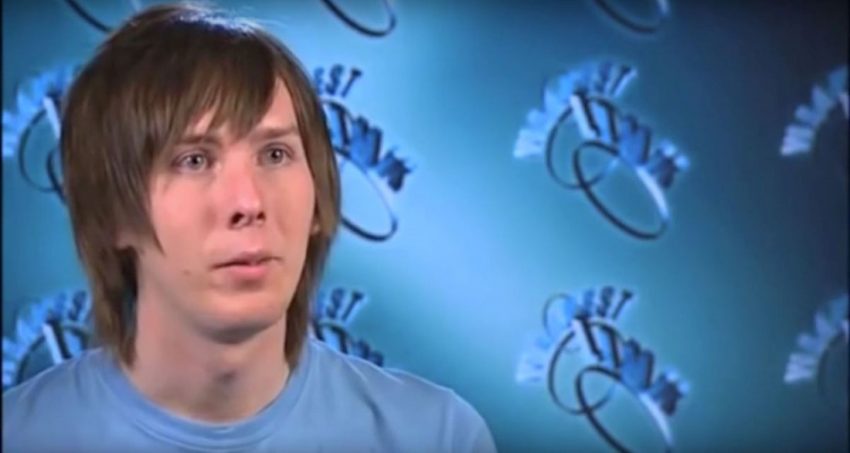 You know we couldn’t end our list without mentioning the OG, one of the first YouTubers to appear on TV: Phil Lester himself!

A young and innocent Phil (who was totally rocking the fringe) once appeared on The Weakest Link, standing up to Anne Robinson herself. Our lion-loving friend managed to make it pretty far, using his knowledge of playing cards and tourist spots to make it all the way to the final round. Unfortunately, he lost out on the win, but we’re totes proud of him all the same.

Also, in case you were wondering, Phil’s hero is Quentin Tarantino: “He makes great films.”

If you do, you’ll miss our on these awesome articles we have lined up for you. We’ve got your whole evening planned, so go re-fill your cup of tea and check out these goodies: 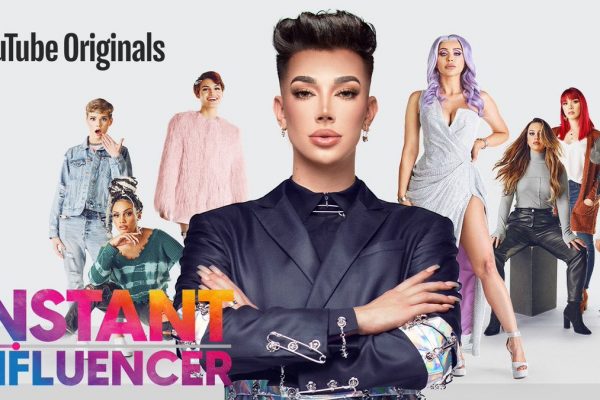 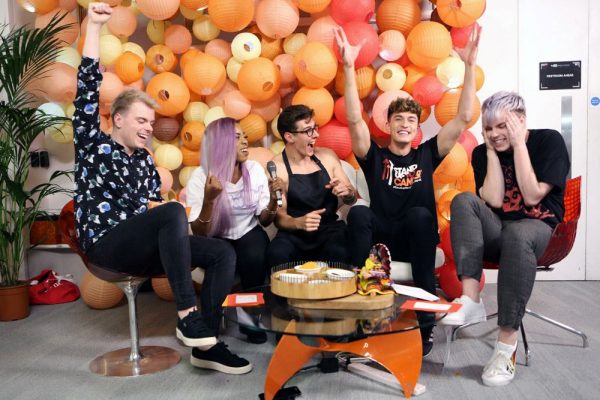