Five of the Best: Reaction Videos

Well it’s certainly been a busy week for reactions, hasn’t it?

People reacting to stuff has been a staple of the entertainment industry for, to use a technical term, yonks, and it was almost inevitable the format would flourish in the YouTube community. From movie trailers and TV shows, to old videos and MySpace photos (the bravest option!), to going meta and reacting to reacting, loads of our favorite content creators put their personal spin on the idea, and we loved it.

So when The Fine Brothers were perceived to be trying to trademark the react format this week, the community had, well, a lot of reactions.

Of course our immediate reaction was to compile some of our favourite reaction videos from this side of the pond. So here they are, Five of the Best: Reaction Videos! (Reaction doesn’t sound like a word anymore, does it?)

The nostalgia’s strong in this one! Dodie Clark transports us back to our childhoods with a bit of Peppa Pig, Pingu, and Postman Pat (who knew the letter P was so popular?), while Evan Edinger gets a cultural education leaving him wondering what on earth is going on and complaining about the amount of songs. (Which isn’t something we’d do with such a talented singer-songwriter sitting next to us, that’s for sure.)

The revelation Dodie applied to be on Dick and Dom in da Bungalow but was rejected left us pretty devastated. Can you imagine the reaction videos to that we could have had? However, our favorite part of this video has to be Evan’s general confusion at everything we loved as little kids and how it’s all just so damn British, whatever that means. Despite what you might have thought, Evan, delivering mail is a treacherous job, and doesn’t need explosions or whatever to make it exciting. It just needs a song.

What’s more stressful and potentially cringeworthy than watching people you don’t know react to your videos? Nothing. We’re going with nothing. But Dan Howell and Phil Lester stepped up to the plate in the name of good YouTube content and the result is priceless!

We didn’t know how much we needed to see other people react to Draw Phil Naked until it happened. Can it be made a regular feature pls?  It’s also always validating to see someone else share our level of enthusiasm about the Sexy End Screen Dance. She’s our favourite person, too, Dan!

We love this tongue in cheek reaction to a video questioning the genre of react videos, especially when Luke reveals he helped with the video he’s reacting to. You’re braver than us throwing that laptop out the window, Luke. We protect our laptops like they’re tiny kittens, even our old ones.

We definitely align with you on one thing though: those sexy arms. Phwoar!

Carrie Hope Fletcher and Tom Fletcher are undoubtedly one of the most adorable sibling pairs on YouTube, and this video is yet more evidence of that. We love its simplicity and just how genuine it is, with Carrie’s smile warming our hearts throughout. We also get to appreciate Tom’s classic dance moves, and his skills with the hand saxophone. Tom, we are not worthy.

The universe has reached a general consensus that everything Chris Kendall touches is gold, right? That definitely includes his reaction videos, so we’re throwing it right back to 2010 and Chris’s Twilight-mania.

With that impeccable impersonation we’re still wondering how they didn’t immediately recast the entire film to have Chris play every character. Imagine it, he could have turned Twilight into an Oscar-winner.

To be honest, there’s not much we can really add to this excellence. And between the Edward costume, split takes and perfectly timed scream of enthusiasm and angst, we can’t even pick a favourite moment. So we’re just gonna watch it again before getting lost in some more vintage Crabstickz. See you on the other side!

About Samantha Joy
Linda McCartney wannabe with a range of communication limited to bizarre pop culture references and attempts at terrible wit.
View All Posts by Author
Bertie Gilbert Announces Short Film Screening
Nine Things We Learned from Rise of the Superstar Vloggers 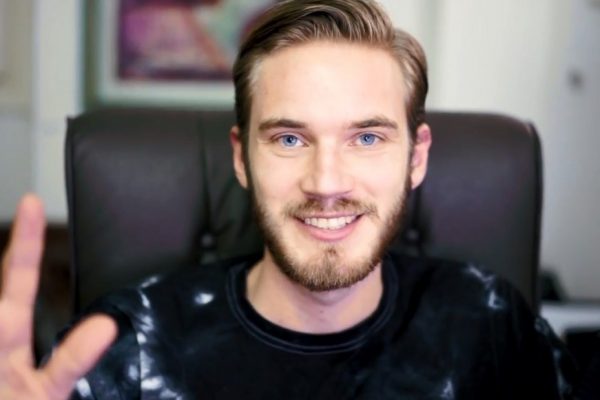