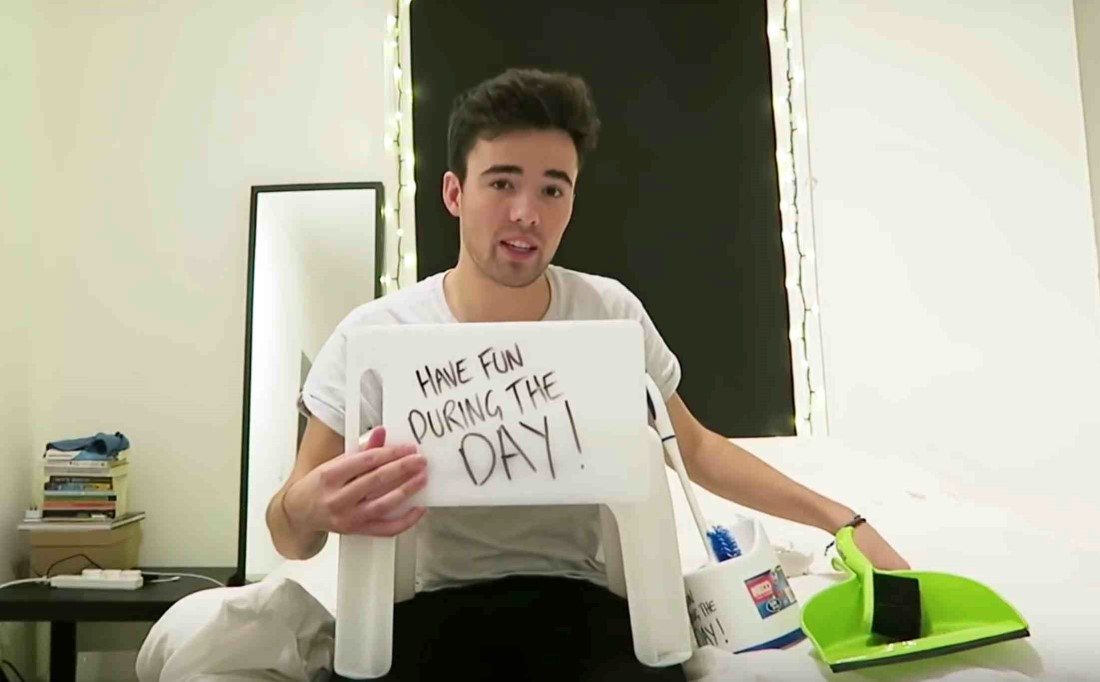 Last November saw the rise of Adrian Bliss, a young filmmaker from London, and his unexpected satirical series about the trials and tribulations of trying to make it as a YouTuber. We caught up with the man himself to find out more, and to highlight some of our favourite videos from his channel.

“YouTubers and daily vloggers had always fascinated me,” says Adrian Bliss. “I was also interested in the increasing desire among young people to become famous on YouTube for no reason other than to have loads of followers and loads of money and get to fly around the world.”

Vlogvember, which consisted of daily vlogs throughout November, followed a fictionalised version of Adrian attempting to become a famous YouTuber. Although the series introduced many people to his channel for the first time, this wasn’t his first content.

“I started my channel because I had an idea for a video where I vlogged from a future where YouTube and social media had taken over and needed somewhere to upload it,” he recalls. “I didn’t really have any other plans at the time.”

Having been involved in the YouTube community for a while, Adrian expresses sentiments that many fans of YouTube have also developed. Some creators seem to have stopped caring about what they make, and seem more interested in the ability to monetise and brand the same regurgitated content.

“A lot of my friends are YouTubers so I am constantly exposed to this weird, wonderful, scary, and exciting world where a lot of followers can get you free stuff and a million likes can get you a million dollars,” says Adrian. “None of us really know what we’re doing because it’s all so new.”

Before Vlogvember, Adrian had been involved in a variety of channels behind the camera – from Caspar Lee’s to JacksGap – which unquestionably left him with a unique perspective and insight into the world of YouTubers.

“I had spent a month abroad shooting a documentary with Ben Brown, who was vlogging every day, and I had the idea to do daily vlogs for a month,” he reveals. “As soon as I got back from that trip, I started Vlogvember. There wasn’t any plan or script, it just happened day by day. It was only when Greg [McCahon, his housemate] went away for the second time that I started to weave in a little story.”

As Vlogvember continued throughout the month, its subject matter and candour started to attract attention from bigger YouTubers such as Colleen Ballinger and Casey Neistat. With so many eyes suddenly on the series, was it scary to address some of the negative aspects of community?

“At first I was a little bit worried about upsetting people, even though I felt like nothing I was doing was malicious,” Adrian admits. “I think this whole YouTube thing is a little bit weird, and I think it is healthy to make fun of it.”

Throughout the series, he effortlessly interwove references and observations about what could be perceived as specific creators or cliques. While the underlying commentary and implications were there, the jokes turned more on his character than on the people he was imitating. For example, in Vlogvember 7 – British Boy Tries American Candy, we were gifted with almost two minutes of Adrian eating a banana. Then, in Vlogvember 8 – Celebrating 8 videos, he ‘reacted’ to his last seven daily vlogs.

“I don’t know if I offended anyone,” says Adrian. “I like to think that people I was sending up don’t take themselves too seriously to enjoy a bit of satire and a joke or two at their expense. Besides, Vlogvember was more about a young guy trying to emulate them to become famous himself. The joke was more on him than them, in a way.”

While various failed ‘Joe Thatcher’ style pranks and Caspar Lee stalker collabs were fun, perhaps the most popular part of Vlogvember came from its assessment of both ‘offline’ and ‘online’ relationships and how being popular on social media affects them.

In the series, Adrian approached a fellow vlogger named Beth and asked her to be his girlfriend, in hopes of becoming a ‘Zalfie 2.0’, if you will. While some of the vlogs featuring Beth became uncomfortable viewing (which is exactly the point), they did give us a glimmer of what potentially happens behind the scenes of ‘cute’ Instagrams and video collabs – however exaggerated that may be in Adrian’s world.

“I’m not suggesting that any famous YouTubers’ relationships are fake,” says Adrian. “But there is no doubt that it is profitable and great for numbers to be a couple on YouTube. You can cross-promote, collab every week, and grow your audience twice as fast.

“If you have a great ship name, your relationship can actually become a bit of a brand,” he continues. “I don’t think that necessarily undermines the sincerity or authenticity of the relationship – I’m just saying that the fans love it and it’s great for business. That’s why my character, in his naïve pursuit of YouTube fame, figured that getting a girlfriend would help boost his numbers and make him more famous.”

In the end, the fictitious Adrian realised that online fame is fleeting and worthless. For most viewers who followed Vlogvember from the start, this was probably the series at its most observant, critical and knowing.

But it’s not all over for his channel. While the series has concluded, Adrian plans to continue making videos and experimenting with various styles. “I just uploaded a very un-Vlogvember video called Super 8 – 2015, which is a compilation of all the footage I shot this year on my Super 8 film camera,” he says.

“I appreciate that it is just some nice footage set against some nice music and not much else, but it means a lot to me,” he continues. “In 2016, I definitely want to make more comedy. Satire really gets me going so I’m hoping to do a lot more of that.”

So, has his newfound position as the ‘greatest daily vlogger on YouTube’ started to pay off yet? “I made $7.83,” states Adrian. “None of it would have been possible without my fans and I want to reassure them that I won’t let the money change me. I’m going to take Greg on holiday.”

We recently spoke to Jamie Pine about money and the reaction to his appearance on the Channel 4 documentary, Rich Kids Go Shopping. Alternatively, you could read about Stuart Ashen‘s film screening selling out.

About Lydia Snapper
Lydia is a twenty two year old who likes sushi, boy bands, and her dogs. If you need to find her, she'll probably be under a tree somewhere with a good book and an iced coffee. | @bendandSNAPPER
View All Posts by Author
Don’t Hug Me I’m Scared Creators to Release Official Clothing Line
Rebecca Brown Talks Viral Head-Shaving Video 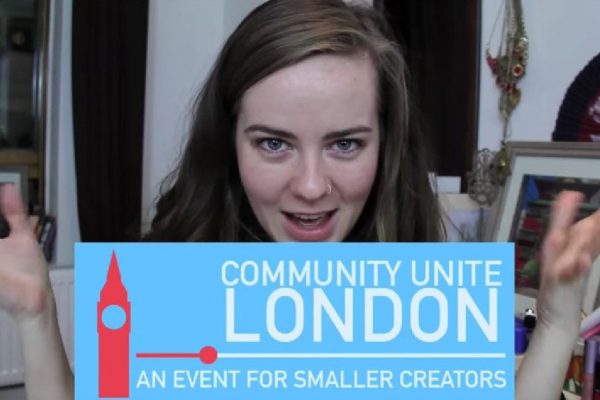 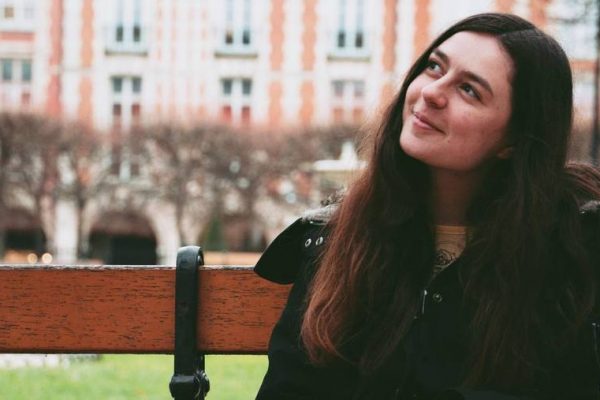 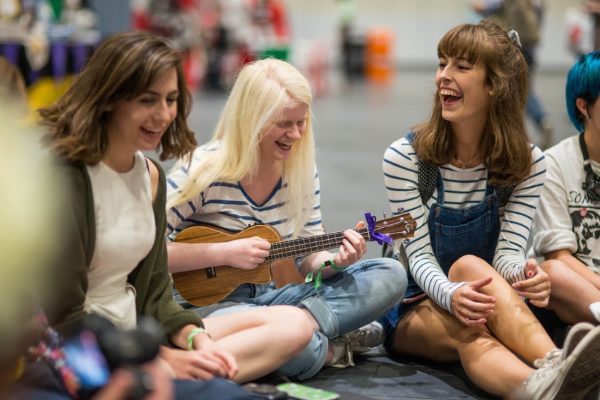