Vimeo is often seen as a secondary platform to YouTube, at least to the majority of the online content creator community we know. Yet its move to fund film projects, such as PJ Liguori’s series Oscar’s Hotel, will undoubtedly result in many of us frequenting the website. TenEighty catches up with Sam Toles, Vice President of Content Acquisitions at Vimeo, to discuss the platform, their approach to monetising content and what it could means for online creators.

Vimeo On Demand first launched in 2013 at SXSW. Since then, the ‘do it yourself’ platform has grown and transformed, all while acquiring more than 17,000 titles from creators all around the world. The service draws in filmmakers and content creators who want to utilise the service to sell their work in a way they feel comfortable – whether that’s through renting, buying, or a monthly subscription fee.

While Vimeo and YouTube have long been seen as competitors in a thriving market, Sam Toles – Vimeo’s Vice President of Content Acquisitions – makes clear that they’re not interested in taking YouTube’s crown as the ‘King of Video Sharing’. Rather, they consider both platforms as services that complement each other, with Vimeo aiming to catapult creators, who are making high-quality long-form content, to the next level.

But what makes Vimeo On Demand more appealing for creators compared to other paid-for platforms like Vessel? For starters, they have complete control over how much they charge for their content. Furthermore, the revenue split is 90/10 in favour of the creator, which is by far the largest in the industry. Compare that to the 70/30 of Vessel and mere 55/45 of YouTube and you can already start to see the benefits.

Though there is a risk that comes with it. Without AdSense and brand deals, which generate the majority of income for most creators, financial success on Vimeo On Demand is solely based on support from your audience.

Sam believes, however, that this shouldn’t deter creators with smaller audiences. “We work with talent with tens to hundreds of thousands of followers into the millions,” he says. “It’s interesting because those who have a smaller audience tend to have a more loyal fanbases, who are more likely to purchase and pay for the content rather than people who are part of the larger fanbase and are more casual.”

Unlike sites like Vessel or Netflix where you, as a consumer, are paying for an entire service with a hodge-podge of content that may or may not appeal to your interests, with Vimeo On Demand you choose which content you want to individually purchase – sort of like renting a movie on demand. This means that, as a viewer, you have the power to decide which creator(s) you want to directly support.

From a business perspective, Sam suggests building a small following in order to get the most out of the service is worthwhile, but technically speaking it’s not necessary.  “You can absolutely use the service without any following or fanbase,” says Sam. “Of course, as you build an audience and get a level of engagement that hits our radar, we certainly reach out to those creators to say ‘how can we invest in you?’”

That potential investment doesn’t just include funding the creation of content itself – sometimes it also means marketing and further resources. This is unlike YouTube, who only put marketing behind those who have already millions of subscribers and are in their Google Preferred List.  All of this should peak the interest of many YouTube creators who have dreams of making shorts, series, and even feature films. While vlogs can easily be done with limited or no funding, some creators have hopes of leveling up with the quality of their content – and that requires money.

“Vimeo On Demand really is built from the ground up as a service that is directly supporting the creators and the content that comes from them,” says Sam.

Many creators have criticised YouTube’s current search algorithm and how it seems to promote creators who upload daily and have millions of subscribers, often to the detriment of other online creatives such as animators. They argue that YouTube favours quantity over quality. Vimeo, on the other hand, appears to be interested in raw creative talent – which is why anyone can use Vimeo On Demand whether you have a fanbase or not.

Sam believes that part of Vimeo On Demand’s appeal is that they are able to (and excited to) fund projects from creators who show promise. Similarly, New Form Digital, a company founded by Ron Howard, Kathleen Grace, and Brian Grazer, are big supporters of online content creators, which is why the two business have been collaborating.

“We really liked the idea of what New Form was doing which is essentially creating a virtual studio by pairing a team of development executives who had a wide range of experience and credits from traditional media with this new influencer based talent,” says Sam.

“But the focus of finding not necessarily those with the biggest audience… but finding the talent that actually could produce high level content,” he continues. ”[That] really spoke to Vimeo because we are looking for super high quality creativity but that has an online native component to it.”

One of those talented creators is PJ Liguori, who has just released his first series Oscar’s Hotel for Fantastical Creatures. “We are sharing the financial burden on that project [with New Form]. Vimeo has contributed that money up front for the production of that project. We put our funding into that pool to secure the first release on Vimeo On Demand,” explains Sam.

New Form Digital actually presented Vimeo with a long list of creators for potential financial backing. “There were creators that had significantly larger audience subscriber bases on YouTube,” says Sam, “but we looked at not just the overall number of subs but also the level of engagement and the overall quality of the content coming out of these creators.”

For many viewers who follow PJ on to Vimeo to see Oscar’s Hotel, this will be their first experience of the website. But will it be their last? Sam reveals there are more projects in the pipeline that will hopefully captivate audiences. ”We are in constant communications with a number of talent who have come up through the online sharing platforms,” he says. “We are at all stages of conversation.

“It can be ‘hey I’ve shot this movie, but I need to do some cool effects, can you guys help’ all the way back to the start of the process of ‘we have a script, we have an audience, here is who we are’,” Sam continues. “If we’re interested we’ll say ‘yeah we’d like to be involved in that project’.

“As the year unfolds we’ll see a number of announcements talking to some of the biggest, and quite frankly not the biggest, talent in the YouTube influence category. People we really have faith will deliver super high quality content series and other forms,” he adds. “It excites me every day to look at the people we’ve been talking to.”

Find out what TenEighty thought of Vessel – a paid for subscription based service that hosts videos from prominent online content creators 72 hours before they go live on YouTube. Alternatively, why not check out our articles about Oscar’s Hotel for Fantastical Creatures:

About Lydia Snapper
Lydia is a twenty two year old who likes sushi, boy bands, and her dogs. If you need to find her, she'll probably be under a tree somewhere with a good book and an iced coffee. | @bendandSNAPPER
View All Posts by Author
Bertie Gilbert Chats Blue Sushi
Five More of the Best: Cover Songs 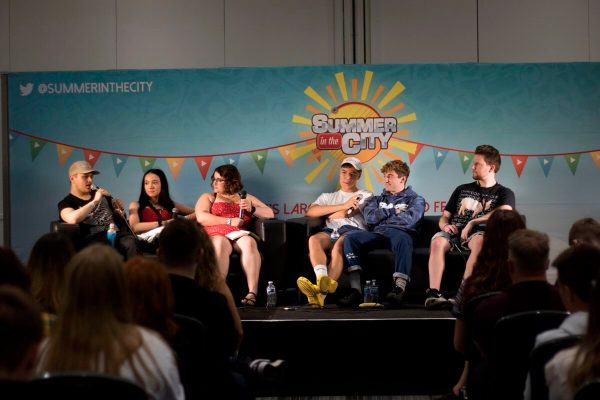 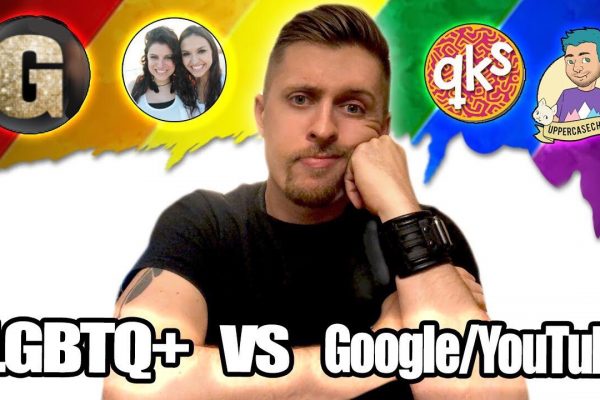 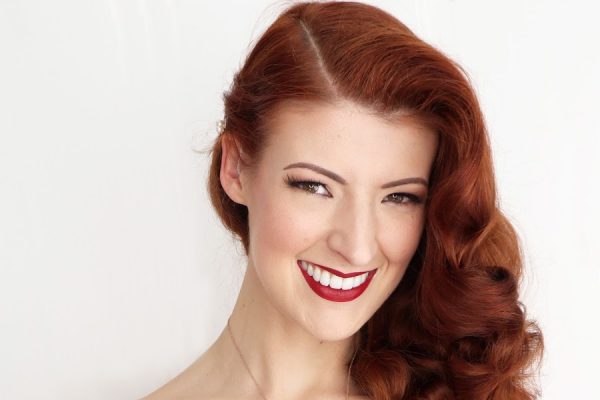