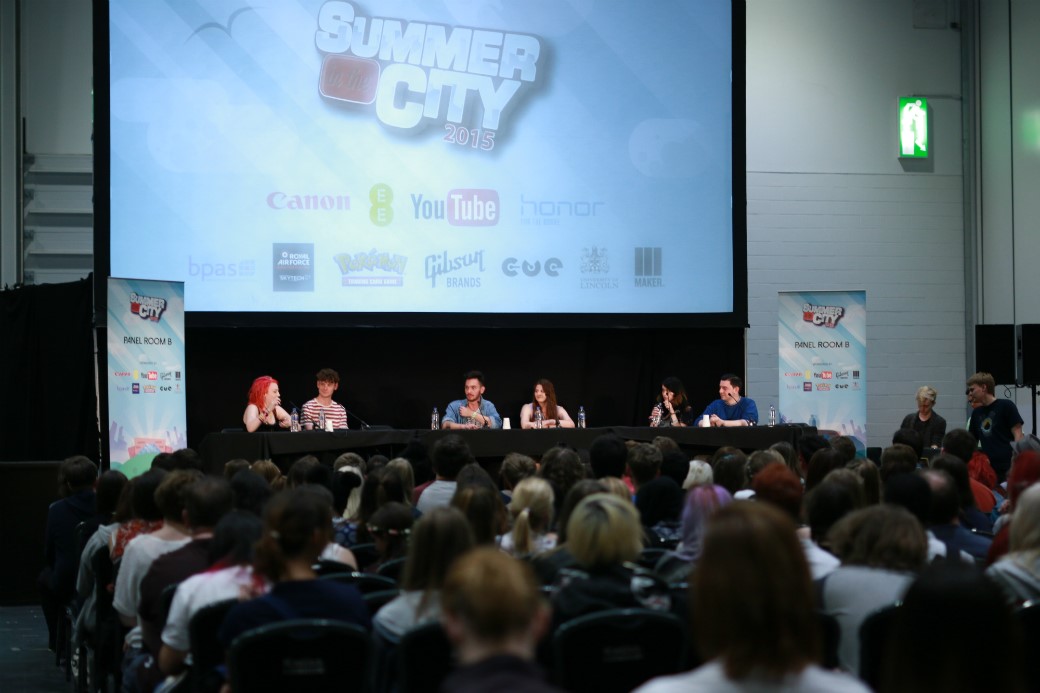 Smaller YouTubers Panel at Summer In The City 2015

The Smaller YouTubers panel took place on Sunday at Summer In The City 2015. It featured creators including Sam-E, James Mitchell and Francesca Georgiou. It was chaired by Ali Jardine.

The panel took place in Panel Room B and was very well attended. The panellists were Jon Aitken, Ant Lightfoot, Francesca Georgiou, Sam-E Locock, James Mitchell, who were all chosen because they all have fewer than 10,000 subscribers on their channels. Paul Neafcy introduced the panel. Paul was originally booked to chair the panel, but because in the intervening time he had exceeded 10,000 subscribers (a fact which garnered large cheers from the audience) he “passed the baton” to Ali Jardine.

They began by choosing Heather (LeDreadfulBanana), a member of the audience and fellow creator, to join them on the panel.

The panel was very casual, led mainly by questions from the audience with Ali dipping in occasionally with his own. The audience, many of whom were creators themselves, were very engaged with the topics and many points were received with cheers and rounds of applause. The main topic of discussion was the difference between ‘big’ and ‘smaller’ YouTubers, and what that meant for them.

One question was whether it should be the goal of smaller YouTubers to get more subscribers? The short answer from the panel was no. Fran said “It’s not the exact truth that it’s better to be bigger. So many people are comfortable with what they’re doing and I certainly am more than happy to stay in this very happy space.”

There was general agreement among the panellists that it wasn’t the case that they were looking for more subscribers as their objective. What they are creating and the feedback they receive for it, rather than having a huge following, is what drives them to upload. Ant added: “No matter how many numbers you have we’re all using the same platform.”

Another question asked what the panellists thought about view counts. Sam-E’s response was that she found it more personal to have comments and likes as opposed to views, and that these also give you more of an idea of whether the audience likes your content or not. Heather also said that you should just create what you feel like creating, which was met with cheers from audience and panel.

An audience member raised a question about how to deal with people who thought that vlogging was weird when you don’t have a large following to ‘validate’ it. Sam-E said that the smaller followings that some YouTubers have are still sizable when viewed from a different perspective. “If you think [of] all those people gathered in a room, that’s a crazy amount of people,” she said.

The discussion then moved onto whether there was a place for the smaller YouTube community within the bigger community and whether a distinction was or could be drawn, particularly in regards to hosting events.

James spoke about CraicCon, a convention he helped to organise in Ireland, and how a lot of the crowd were interested in the ‘celebrity’ rather than ‘creator’ side of the community. “Some massive content creators that were at CraicCon were snubbed because they weren’t Alfie or Zoella,” he said.

The panellists agreed that in terms of safety and security at events it was important to draw the distinction, but there was also consensus that from the community’s perspective that distinction didn’t exist and that the UK YouTube community is very tight-knit. “YouTube is one big community,” said Heather, before comparing the YouTube community to a school, in which many smaller groups exist in one setting. “They’re not so much communities as much as they are friendship groups,” she added.

The panel was then asked how they found new smaller content creators to watch. Jon said that you should look for things that you wouldn’t normally watch, and like and comment if you enjoyed someone’s video. A few of the panel also suggested using the All Activity section of YouTube to find smaller YouTubers.

At the end of the discussion Jazza John joined the panel onstage to give a closing speech.”Whatever number you have underneath your sub box – every single person here who’s larger than you has had that number, so you guys have power,” he said. So which of their videos would the panel recommend you watch, and which would they not?

Would recommend: Calling My Nanna #RingYourGranny Tag, where he calls his grandmother to ask her how she is voting in the Irish gay marriage referendum. He said: “I felt that it was negatively affecting me and I felt that if it was affecting me it would be affecting a lot of other young people in Ireland and around the world.”

Wouldn’t recommend: All the rest of them.

Would recommend: there’s rice up my nose, where she talked about getting rice stuck up her nose.

Wouldn’t recommend: Any of the early ones.

Would recommend: Her video Blank Space. “I was just ever so vulnerable in it which I think is quite a good thing to be,” she said.

Wouldn’t recommend: Any early ones where the audio turned out terribly.

Would recommend: The video where he sat in a blanket fort in his kitchen, “We forgot how to have fun”. “It’s just a very laboured analogy of being like ‘look, this is what kids do, let’s try doing that sometimes’ because that’s always good,” he said.

Wouldn’t recommend: Immaculate Transmission in which he talks about visiting a clinic to be tested for STIs.

Would recommend: Her video How to tell if someone likes you – socially awkward edition.

Wouldn’t recommend: How to be a banana, her first video. 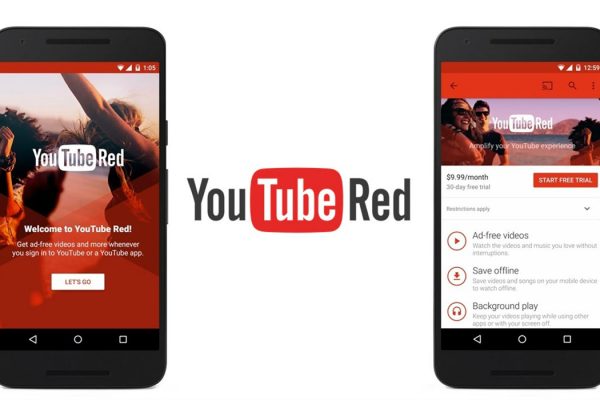 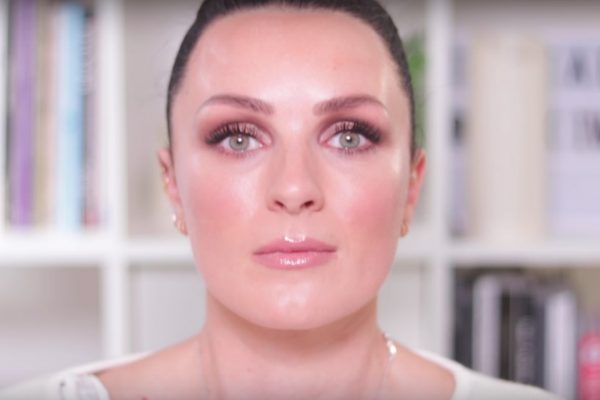 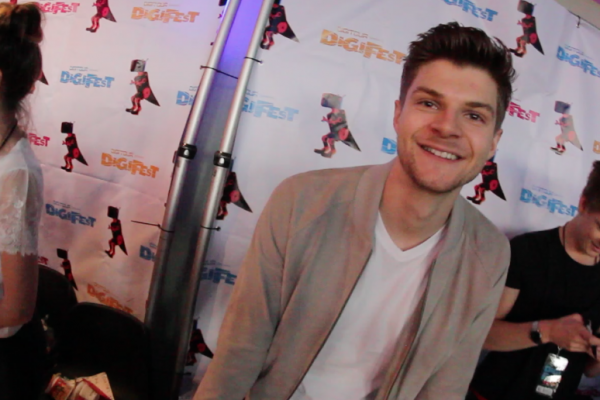