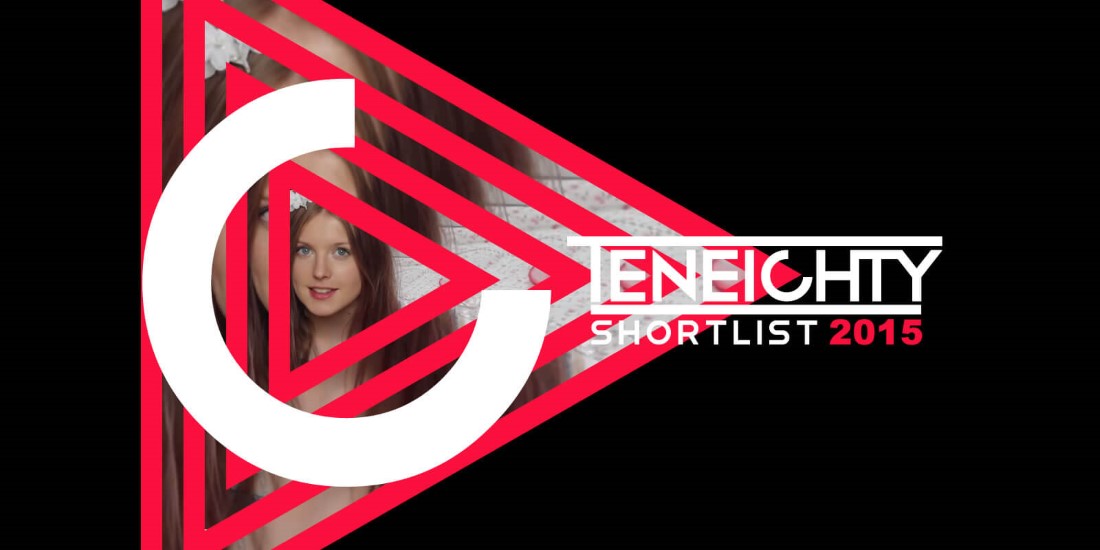 TenEighty have dived into the depths of YouTube to find the next generation of stars for our first official shortlist. The ten selected creators have less than 15 thousand subscribers and we believe they deserve more. Serving her poetic way with words with a sparkle of creativity, it’s Maddie Sinclair.

TenEighty’s Tilly Pearce recommended Maddie for the shortlist, revealing how she’s fallen in love with her creativity. “It takes just a few seconds to get addicted to the creativity in her editing, and her unique take on some of YouTubes biggest tropes that make them completely her own. A film buff, she uploads film reviews and comparisons, and already has her first short film on her channel.
“Add some on-point opinion pieces about surviving your school years, and a hilarious little sister, by the end of going through her videos you’ll just fall in love. I can only see her getting better and better, capturing a whole load of hearts and subs along the way.”

TenEighty UK: When did you first start making YouTube videos and who/what inspired you to do it?
Maddie Sinclair: I first started making consistent videos in May 2012, inspired by the only content I knew existed: the beauty community (which couldn’t be further away from the content I create now!). I say ‘consistent’ as the very first real, authentic, see-it-to-believe-it video I created was about two talking donkeys… yeah, we don’t speak of that now!

Although I am far from connected to the world of beauty gurus, the inspiring elements of the community that resulted in my video-making beginnings will always remain. It was a place of a great, isolated belonging. As clichéd as it sounds, and as true as we know clichés to be, it was genuinely one of the most wonderful environments I have ever come across – and all virtual.

I just wanted to be a part of the surroundings that I could see brought out the best in people’s creativity and personality: two of the values I believe YouTube allows people to flourish with in today’s society.

And it certainly was; I vividly remember upon the 5th repetition of viewing that I cried my eyes out with laughter at the sheer BEAUTY I had just witnessed. It will always remain a classic.

T: Which video of your own are you proudest of, and how did you go about making it?
M: The video I am proudest of making was Exhibit A of an Eating Disorder. I am not only proud for the attributes it took as a filmmaker, but clearly for the emotional side of it, too. Releasing a secret to the world about living with an eating disorder via film is obviously a very intimidating thing to do and although I was aware of the consequences that would follow, I was so grateful that people could still appreciate it as an art form.

In terms of how I went about making it, the thought processes about exactly how I would express such a sensitive topic were the hardest to come to terms with. I knew that it couldn’t just be a ‘reveal’, as mental illness is far from just a confession. But I knew that I wanted it to involve mixed media, to make it more accessible and understandable for people, as it is so hard to express exactly what an eating disorder is as a concept and what it meant to me as a personal experience.

Unlike most of my other content, I decided to film it over a few days, in hopes that giving my mind time to think over the subject matter would allow for a more sensitive and real video. The finished film is my most viewed video to date and I understand that personal experiences have a habit of drawing the more curious members of society in, but I hope it also made at least one person understand that talking about mental illness is not something to be feared!

T: If you could go back to when you first started making YouTube videos, what advice would you give yourself?
M: Wow, advice for my pre-creative realisation? I think I would end up saying too much! But (going back with the clichés here) it’s also important to remember that without the awful beginnings we all start out with, we wouldn’t be the people we are today.

Nevertheless, I have plenty to say to my younger self, in particular; imagination is any human’s strongest tool – so use it! In the early days of filmmaking I think the majority of us are very tentative in the way we create content; sticking to the boundaries that we know have succeeded. But as YouTube is moving today, perhaps creativity is the new cinnamon challenge…

T: What are your opinions on the YouTube community?
M: The YouTube community is simply the best group of people on the planet. Although many would be quick to point out the obvious flaws we have observed over the years (proving the Internet really can be an exposing place). I think above anything, it has shown how we have developed together, overcoming these quite frankly terrifying realities and has allowed a lot of individuals to embrace the qualities that we CAN be proud of.

It is insane to see the growth of a website – a WEBSITE – and how it has managed to bring together a collective of incredible, inspiring human beings and particularly the work it has done to influence an entire generation. It has allowed people to express opinions, good or bad, and hear support for whatever situation they may be in, however far away they may be.

Experiencing glimpses of new cultures has been a real eye opener for me as a teenager, who has arguably caught onto the YouTube tidal wave in the most influential period of my life. And I know I am among the thousands of others who have witnessed the same wonders!

YouTube has allowed a platform of acceptance to grow from a generation who are perhaps pioneers of a planet of new perceptions and I, for one, am so proud to have been a part of it. A generation of fangirls, fighters for equality and cat-loving freaks will be resting at their death beds in years to come knowing that we were at the birth of such a unique community; a place where no one had ever suspected such a movement could form!

T: If you could collaborate with one other big YouTuber, who would it be and what type of video would you make?
M: ‘If I could collaborate with any big YouTuber’ is one of those age-old almost unanswerable questions… so, I’d probably have to say Jack and Finn Harries of JacksGap. I think I speak for everyone when I say that they have inspired most creators even in the tiniest of ways.

I love their work ethic and beautifully stylistic features, so I’d love to make a travel series with them. There’s no better way to make a team than to go travelling and when you have a project driving you, it makes it all the more enjoyable! What would a YouTuber be without a little bit of adventure?

T: If you were CEO of YouTube for a day, what one big change would you implement to the website?
M: I seem to be amongst a small population of the universe that likes change and am currently really happy with the website. I guess if I had complete control, I would bring back some sort of featured page, where talent could be spotlighted not by views but by a measure of creativity… Somehow, in a parallel universe, I’m sure that could work!

T: What do you predict will be the next ‘big trend’ on YouTube?
M: I honestly think that challenges and tag videos will die out. Well, I hope! I don’t want to victimise every tag or challenge out there because some are genuinely entertaining, but the vast majority of them had exceeded a certain level of repetitiveness a long time ago.

So, it only seems possible that the next big thing will be individualism. Audiences have really grown with the platform and creators are undeniably becoming a lot more experimental in their content – which is great. I think the future of YouTube lies with the individuals that dare to think outside the box, another cliché that rings true.

T: Where do you see yourself and YouTube in ten years time?
M: I really hope that YouTube is still a part of my life, and anyone else’s who is reading this. It has helped me discover a passion that can surely never be subdued. YouTube is my main creative outlet, so I don’t know where I’d pour all my ramblings into if it weren’t so accessible. So, the ten years later segment of my life is hopefully to be misted with clouds of filmmaking!

If all continues to spiral in the relationship between YouTube and traditional media, I think YouTube will thrive in a more technology driven world. Especially as we consider how adapted our lives are to the Internet not long after its creation. I hope YouTube’s audience has expanded to all areas of society and that it is used for the greater good of humanity, as it really is one of the most powerful tools on the planet.

T: Which video from the last 10 years of YouTube do you believe sums up the platform at its finest?
M: Chase Madsen (from Chase vs Everything)’s amazing Explore • Create • Repeat is an unquestionable game changer for me. Just the simple instructions that have become such a tag line for Chase are so inspiring and yet ironic to be seen on YouTube.

Everyone always jokes about the fact that no one ever goes outside anymore thanks to our best mate YouTube and yet here we have a whole movement dedicated to exploring the world and creating something epic from it! It sums up the platform because it shows what amazing things can be achieved if you let yourself be inspired, which is what youtube has done for so many people.

The execution behind the message is flawless and because his whole channel is such an undiscovered gem I think that really encompasses YouTube’s nature, that there is just so much to uncover right at our fingertips, we are just waiting to find it.