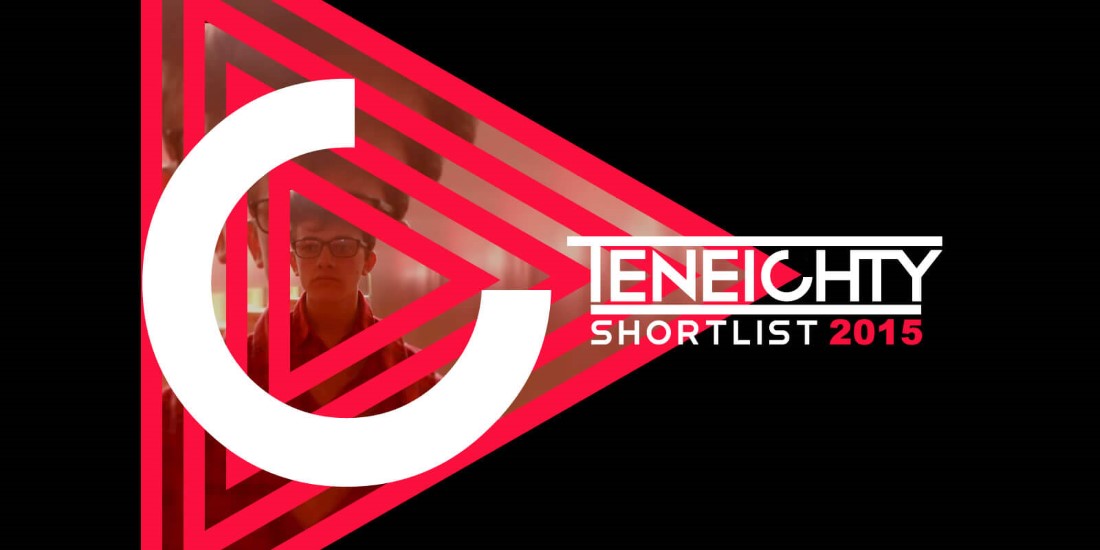 TenEighty have dived into the depths of YouTube to find the next generation of stars for our first official shortlist. The ten selected creators have less than 15 thousand subscribers and we believe they deserve more… first up is Jake Dunn.

TenEighty’s Michael Dean nominated Jake, praising how much he’s accomplished during his first year on YouTube. “Jake has created some of the most unique videos around. His content is a mix of short films and vlogs, both of which have something different about them. Is it his use of coloured lights? No, but those look great! Jake is always pushing himself to make something new, to expand his skill set and it shows. The evolution in his ability to craft videos has jumped dramatically and I cannot wait to see how he progresses.”

TenEighty UK: When did you first start making YouTube videos and what inspired you to do it?
Jake Dunn: My first EVER YouTube account actually still exists – under the username Jake78021 – which is pretty original, right? It was when I was in Year 6 so I must have been about 11 or 12 and I would set up this tiny little camera that I’d loaned from my dad, point it at the TV, and record me playing Harry Potter.

I also did some weird commentary over the top, which was always so random, I never structured anything. It was so, SO bad, and at the beginning of one of them I messed up an intro and didn’t even bother restarting! I just went with it, which maybe doesn’t sound too bad back then, but for me now with how harsh I am with editing, it’s a mega flaw.

A lot of YouTubers like Toby Turner and Felix Kjellberg really got me inspired to make that so called ‘gaming channel’ which (thankfully) didn’t last too long.

T: What was the first YouTube video you remember watching?
J: I think it was most likely watching my friend Harry doing a Michael Jackson dance with the camera he received for Christmas which, at the time, really made me jealous. I think that was the moment I first felt this need for a camera to record myself, maybe it was literally because someone else was doing it and it made them look cooler than me. I get way too jealous.

My status definitely didn’t look cool when my entire family and I made a YouTube account just to comment on the video and say how great the dancing was. Just imagine how adults comment on things and say words like ‘hip’ and ‘funky’ with three kisses. Yup, I was one of those people.

T: Which video of your own are you proudest of, and how did you go about making it?
J: This is really hard because I’m not sure if I’m completely proud of anything I’ve created as of yet. 12 Reasons will always hold a special place in my heart because it was my first short and Blood makes me proud because of the amount of views, but I think I’m a bit of a perfectionist.

I guess, in a way, I see a lot of error with the things I’ve made.  A lot of people liked Endless Space although a lot of that was inspiration. The Wedding Crashed I did feel quite proud of (in a way) because of the dialogue and characters that I really did love transferring to film.

If I was to choose it’d be that. I went about making it because I just loved the little idea I’d created in The Wedding Crashers and was feeling too selfish to leave it alone, and I don’t plan to leave it there as a third one in the next year is playing out in my mind. Overall, I haven’t made my ‘best’ yet, although I’m hoping to come close with the one I’m working on at the minute, so stay tuned for that!

T: If you could go back to when you first started making YouTube videos, what advice would you give yourself?
J: CHANGE YOUR NAME! DEAR GOD, RADWOLVES SUCKS! THINK OF SOMETHING BETTER, PLEASE! DO YOU NOT REALISE HOW EMBARRASSING IT IS SAYING THAT OUT LOUD? COME ON, MAN!

Apart from that, I’d say just enjoy every moment of whatever you’re making, whether it be your editing software setting itself on fire or realising your best shots corrupted themselves on your camera, try and remain optimistic. Take time with what you make because people are interested and you owe them good things. Watch a lot of other videos and try and keep a style, and NEVER EVER directly copy a YouTuber. That’s bad, don’t do that.

T: What are your opinions on the YouTube community?
J: Well they’re just a big bunch of cuties, ain’t they? I think the majority is really great, you meet a lot of people very passionate about film on YouTube (obviously) and it’s nice to share ideas with them.

Making videos is also really good because of the feedback. I sometimes get a little frightened of criticism but it’s always so polite and constructive and it makes me grateful for such a nice, small audience to help me out in ways, as they do kind of mould my channel and me.

It’s also AMAZING when you’ve been watching a YouTuber for months and months and they suddenly throw you a tweet on Twitter saying they like your videos! The buzz I’ve got from that before has just been incredible, it feels other-worldly.

T: If you could collaborate with one other big YouTuber, who would it be and what type of video would you make?
J: This is so hard to decide! I’d love to collaborate with Bertie Gilbert and make a film with him, that’s such a big dream of mine. He has a lovely way of storytelling and I think I’d just like to be around him and learn what goes on in that director’s brain of his. It’d feel like working with an actual blockbuster film crew, like have you seen the equipment they use?! I’m smiling just thinking of the idea.

PJ Liguori would also be amazing to work with, his sense of humour and imagination around fictional planets and creatures is something I need as I sometimes feel that my own videos lack the buzz of the weirder side of film making, and he’s also cool as heck.

T: If you were CEO of YouTube for a day, what one big change would you implement to the website?
J: It’s kind of boring but in a way I’d just like to change all of the subscriptions for the whole community, drop in videos from smaller YouTubers into their feeds, and see how the views rise.

I feel like maybe the community might be annoyed at first but then be really pleased that they’ve found such amazing people. It upsets me that a lot of them aren’t known by the majority of the YouTube community. My biggest reason for doing it would be just because these people deserve the views so much.

T: What do you predict will be the next ‘big trend’ on YouTube?
J: I feel a little embarrassed that I don’t know the latest trends on YouTube, however I feel that there might be an upcoming challenge or thank you video from a lot of the community because of the 10 year anniversary of YouTube.

People like Charlie McDonnell might start a trend as he’s almost the Father of YouTube (apart from, obviously, the actual founders of YouTube). I’d really enjoy watching those videos; I’m a sucker for montages with a nice electro beat over the top, if you know what I mean.

T: Where do you see yourself and YouTube in ten years time?
J: Hopefully still working together! I feel odd saying this out loud, but one of my plans for my future is to make radwolves a company and start making videos and films for people.

To continue to share that to a possible wider audience would be really fulfilling within myself and with what I want to provide to the world within my small time here. I like the feeling of befriending people you don’t necessarily have in your everyday life or at school that have the same driving passions as you on the internet, and I feel it’s important to meet as many people as you can.

I’d like to say I see myself with millions of subscribers and a massive house, but I don’t think I really care about the numbers as much as I care about how I’m learning to express myself and stories through imagery and visual art. YouTube provides that platform and I don’t have any plans to cut that out.

T: Which video from the last 10 years of YouTube do you believe sums up the platform at its finest?
J: The first thought that popped into my brain was a video made about seven years ago called How To Be English by Charlie. I feel, in a way, that sums up the platform, especially in terms of UK YouTubers.

I almost feel like I’m part of a cult when I watch that video because it really does feel so old but at the same time it set out a massive trend in itself. Constantly, British YouTubers sit down and talk to a camera with a hot beverage and the creativity stem for seemingly all British YouTubers in one way or another, I feel, is from none other than Charlie himself. I don’t know, that’s what I personally take from that video. 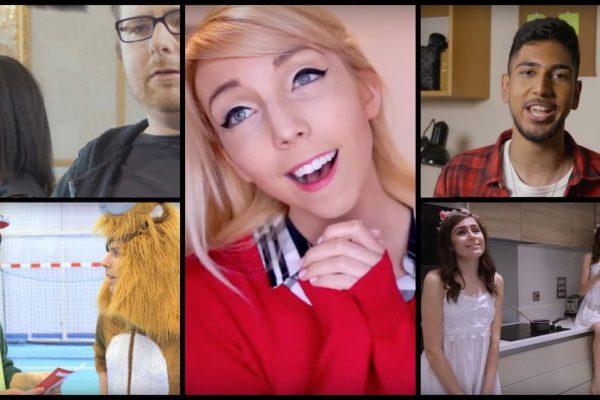 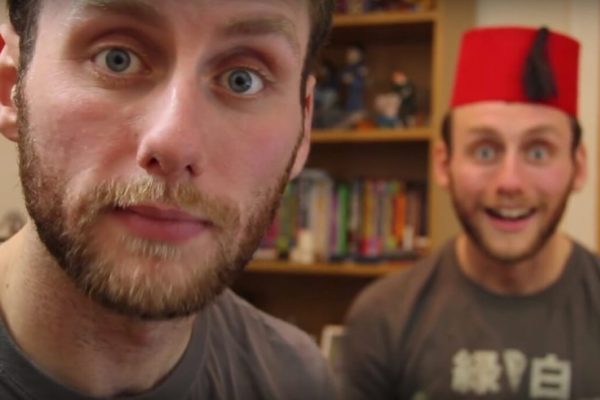 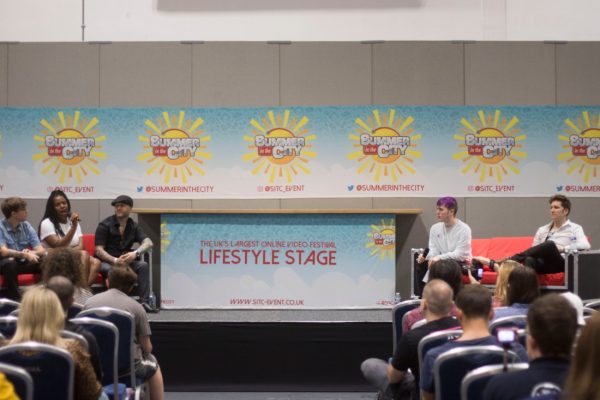 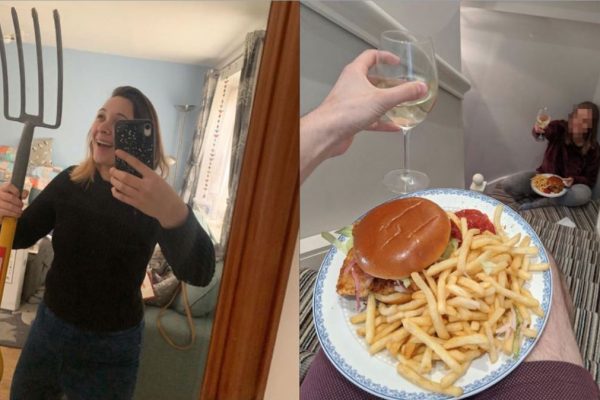