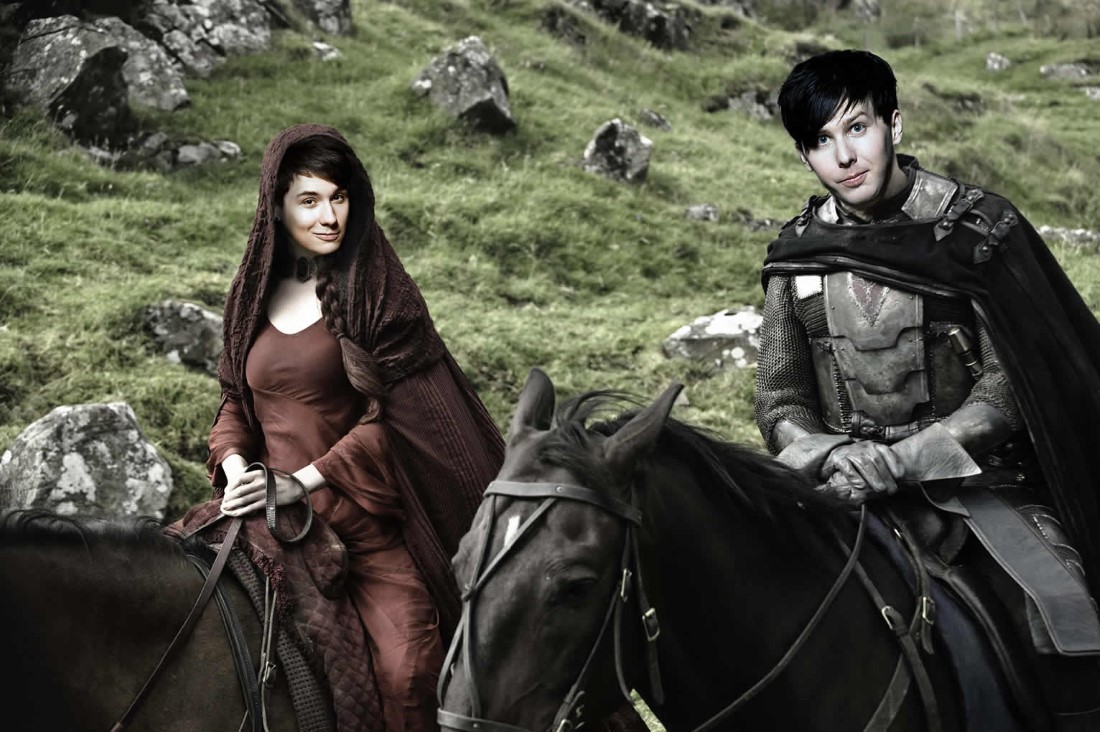 So we’re honestly surprised no one has figured out what YouTube would look like if all our favs were characters from the hit HBO show. Well, you know us, we don’t just cover trends, we start them (yeah right). But you better read this article quick because the night is dark and full of terrors. Disconnection is coming. (We tried.) 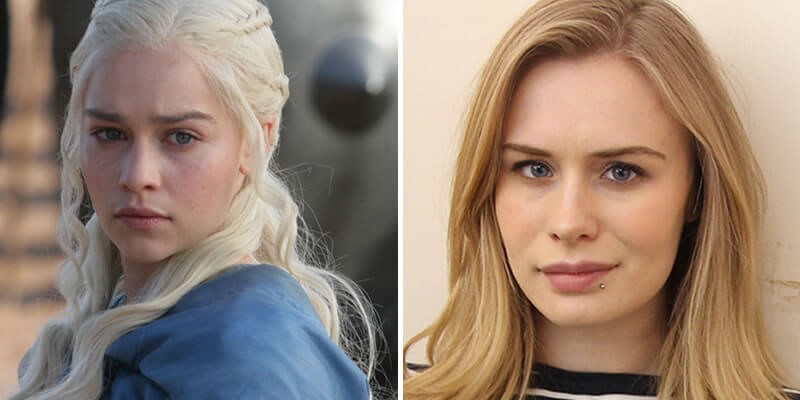 Breaking free from patriarchal norms from the get-go, Lex Croucher is unafraid to use her platform to stand up for those without a voice. Unburnt when people throw smoke and fire in her direction, she will punish those who she deems treat others poorly. Confident and caring, Lex has a slew of loyal followers who would happily overthrow those who betray her.

…wait we’re confused. We meant Daenerys there. Or did we? Either way, Daenerys has dragons- and as an animal lover- I’m sure Lex wouldn’t have an issue taking on that task either. But as a vegan, she may have to draw the line at eating stallion heart. 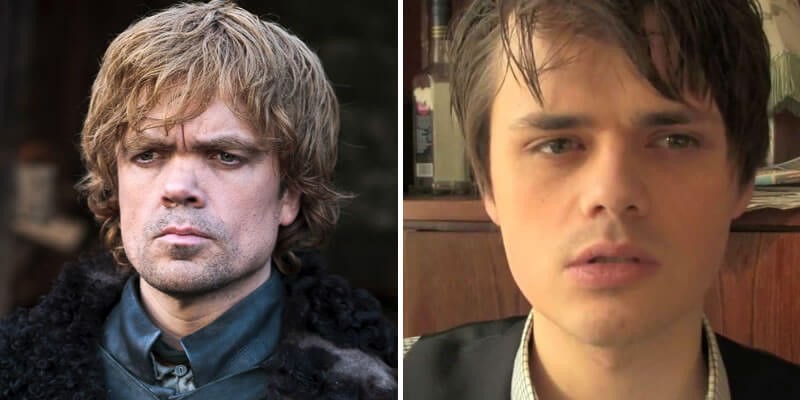 At the end of Season 4 Tyrion was finally so fed up of the way the world had treated him that he killed his father and his former lover then emigrated to a foreign land. Now we’re not saying that Chris Kendall has the potential to kill his loved ones, but we are saying that he’s been aloof from the world of YouTube for a while now.

And yet, just like Tyrion, people love him for his sense of humour, his wit and his resilience. He’s a maverick. Tyrion is by far the fan favourite, after all, it’s hard not to love him. And we reckon everyone in the YouTube community feels the same way about Chris. 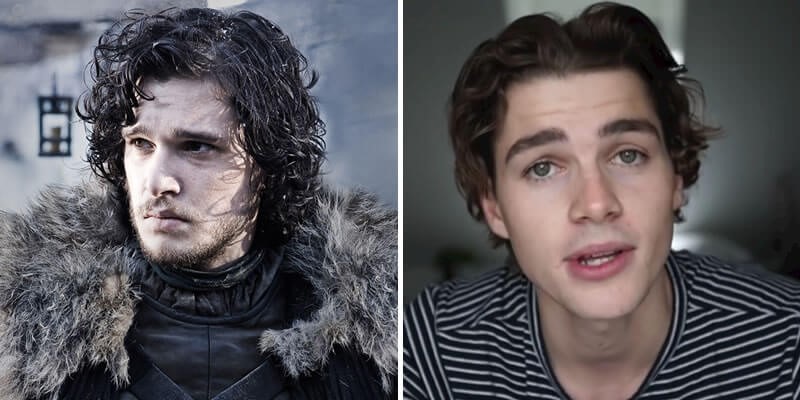 Dreamy, lusted after by many, yet also innocent, reserved and empowered by his morals. Jon Snow surely couldn’t be any one other than Jack Harries.

While others are sent to the wall as punishment, Jon chose to go there, because he believed he would find answers to questions he was struggling with. And at the wall, he finally found purpose. Kind of similar to how Jack went on a gap year and has finally found his true calling on YouTube. Not really? Oh shut up, we know it’s a stretch. 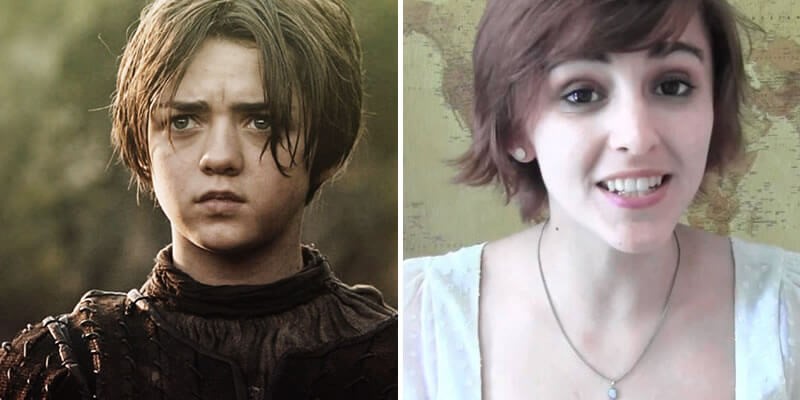 Both are often under-estimated due to their size amongst their bigger companions. Both are fiercely independent. And both can pack a mean punch (or needle) in the fight for what they consider righteous. It takes only a moment to realise that Arya and Hannah Witton are worthy peers.

Ballsy, determined and mentally strong, Hannah (like Arya) despises gender roles. Both refuse to succumb to them and aim to create a future that isn’t as pre-determined as others suggest.

And as for those who have betrayed her and her family, well, she has a list – and you better pray you’re not on it. Our girls are after blood, and you can guarantee sooner or later, you’ll get what you deserve. 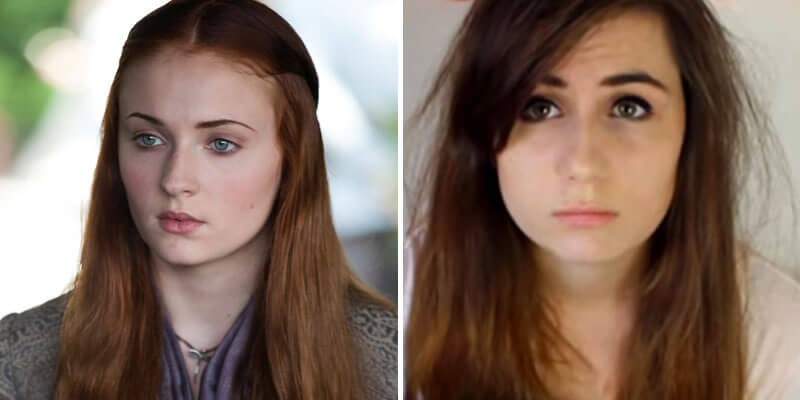 Like Dodie Clark with YouTube, Sansa started out ladylike, innocent, and maybe a little naïve. But with what’s been thrown at them throughout their time, both girls have emerged maturer, stronger and fighting harder than ever.

Sansa and Dodie are becoming forces to be reckoned with within their respective fields, while still maintaining a level of grace and elegance. Except now they’re not afraid to get their hands a little bit dirty every now and then! In the space of a few years, we’ve watched Dodie grow from girl to woman, and just like Sansa, there’s no guessing where she’ll head next. 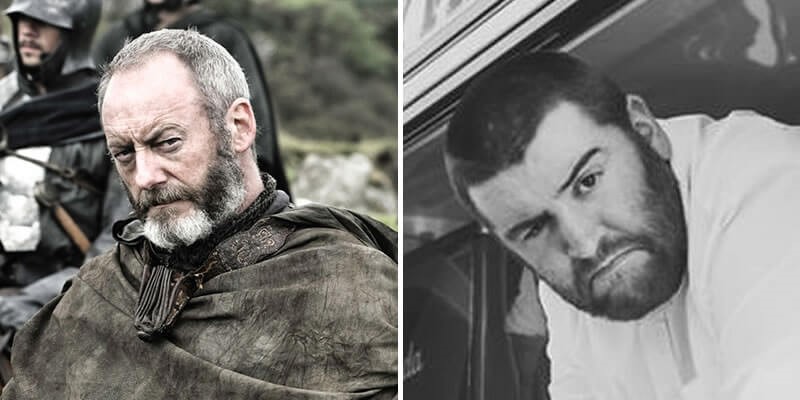 A bearded northerner trying to bring considered common sense to chaotic times. Davos questioning the value of the Red God is eeirily similar to Paul Neafcy‘s explorations of the idolisation of YouTubers and his analysis of their responsibilities.

Davos used to be a smuggler, and we can totally see Paul as a pirate in a past life. You’re mentally putting an eye-patch and hat on him now, aren’t you? Looks good, no? 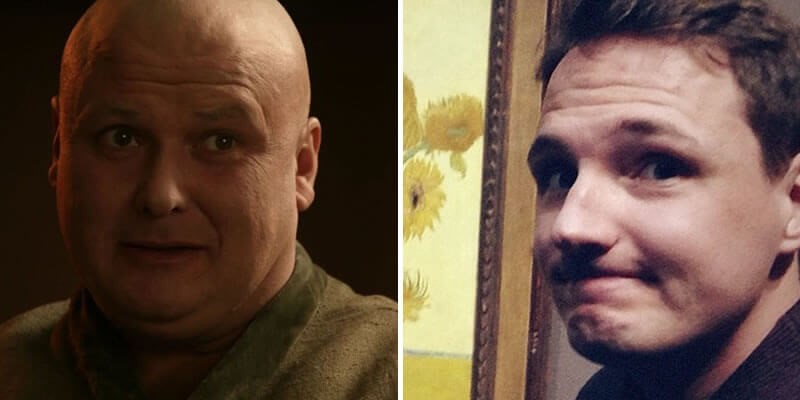 Varys was Master of Whisperers on the King’s Council, commanding a network of informants across two continents, having a vast wealth of knowledge about the world he lives in and delivering a lot of sassy retorts in the process. No-one pulls a face quite like Varys. These are all facets of Gary C too.

Master of subterfuge, many people are wary of Varys and his game, but he has shown time and time again he has the good of the realm at heart – this season heading across the narrow sea to assist a claimant capable of ending the chaos devouring Westeros. Similarly Gary always has the good of the community at heart.

“Storms come and go, the big fish eat the little fish, and I keep on paddling,” says Varys. Although we’re sure we’ve heard Gary say this once too. 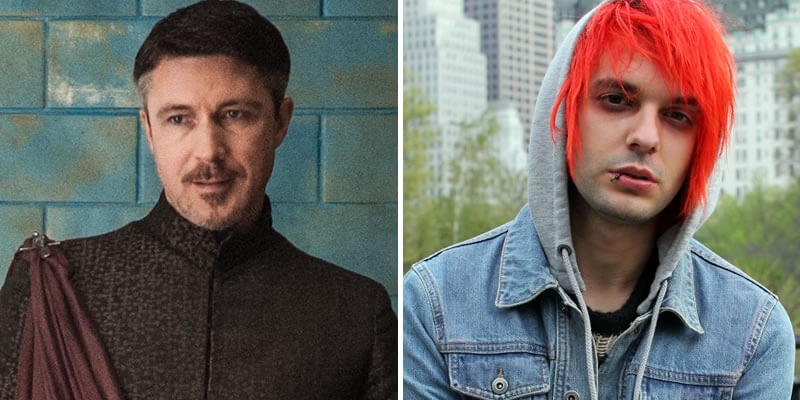 A man born with no title, no banner or entitlements, yet somehow Petyr Baelish found his way into the Kings Council. Cunning, witty and unforgiving, Baelish is always up to something, but often nobody knows what until it’s too late.

And in 2012 a new man emerged who somehow knew all the important people. Nobody expected the onslaught of his observations or the level of analysis hidden behind humour that this man had in his armoury. Benjamin Cook: who is he? Where did he come from? And what are his real intentions?

Baelish described chaos as a ladder in Season 4, one that he’ll undoubtedly climb throughout Season 5. While Benjamin Cook, in Series 1 of Becoming YouTube, claimed that all he wanted was to become “crazy mad boss internet famous”. The similarities are shocking. Don’t fall for his cunning wit YouTube, don’t fall for it! 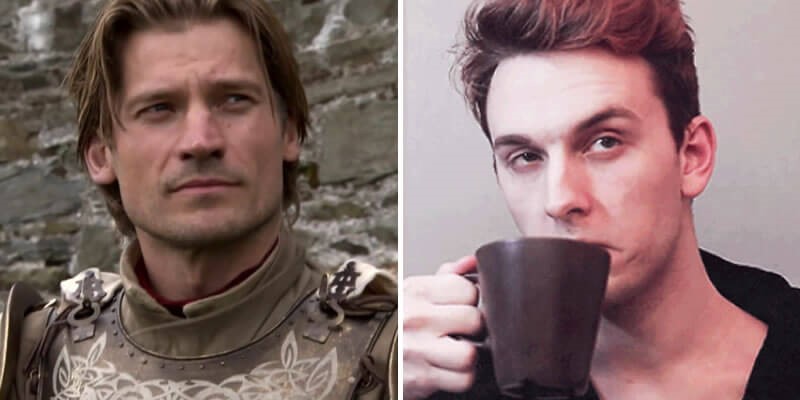 Seasoned in his field and sometimes a bit smug about it, Jack Howard would make the perfect Kingslayer. In Game of Thrones, Jamie is a controversial figure to the people of Westeros: while people respect him they’re often suspicious of his intentions.

But Jamie is simply misunderstood. Protecting himself with clever quips, bravado and displays of his talent, underneath it all he’s just a sensitive soul. Yep, that’s right Jack, we know you’re a sensitive soul inside. You’re not fooling us! 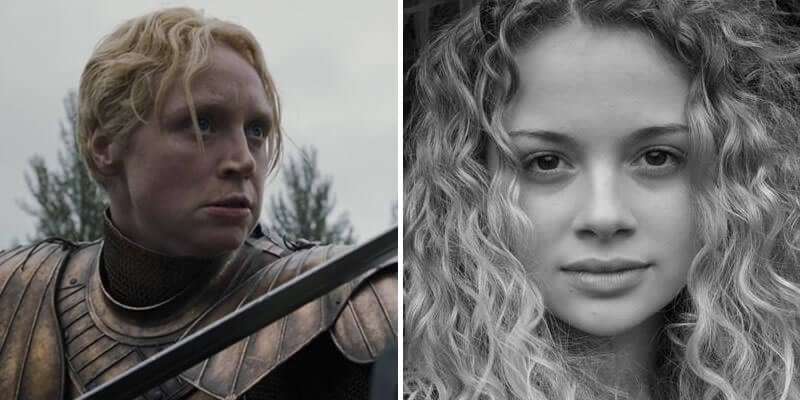 Brienne of Tarth is a warrior. Loyal to a fault with those she pledges her allegiance to, and protector of those around her who need protecting. Keeping her morals in high regard, she is not afraid to go up against orders for the greater good she seeks, and often brings out the best in those around her.

…and if that also isn’t an accurate description of Carrie Hope Fletcher, we don’t know what is. 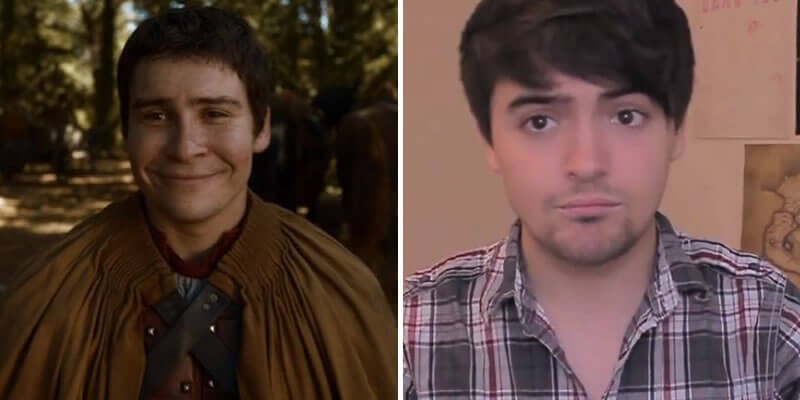 A squire allied to House Lannister, Podrick is more than just a sidekick only there to serve the wine, but is worthy of just as much respect as any lord in the show. The same can be said for Dean Dobbs, who is more than just one half of Jack and Dean (although probably still has to serve Jack his wine, the diva).

And though we’re not certain Dean would drive a spear through someone’s head to save Crabstickz – like Pod did for Tyrion at the Battle of Blackwater – you never know.

During season 4, Jamie handed over Podrick to Brienne, setting him on a new adventure. And we can totally see Jack giving Dean away to Carrie. Imagine it, after the success of Consent, all Dean really wants to do is sing. He’ll turn up in Les Mis playing one of those students one day soon. Mark our words. 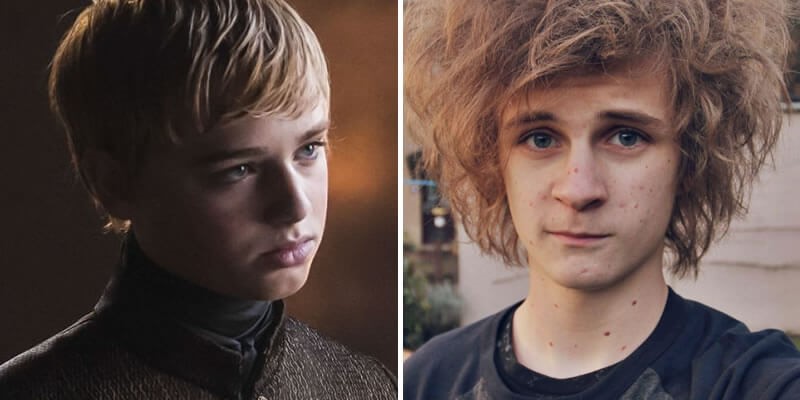 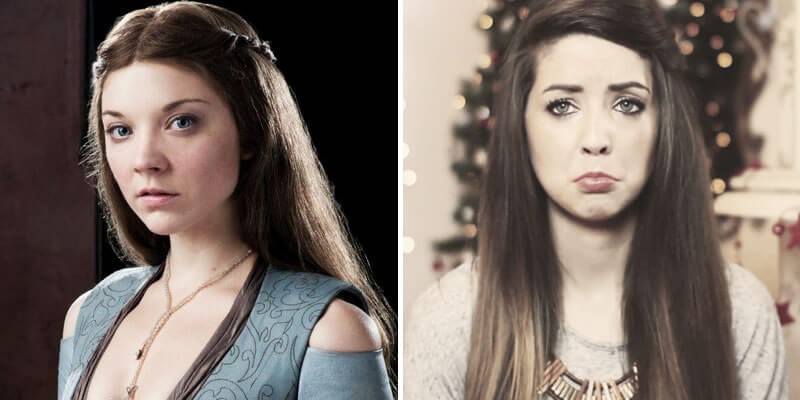 Margery wants to be Queen, and she is determined. Loved by the people and backed by her strong (and rich) family, it’s hard to say a bad word about Margery because you can’t point out anything she’s ever done wrong.

These days Zoe Sugg is considered the Queen of the YouTube world, and like Margery, it’s hard to fault her (let’s ignore the ghostwriting thing for one minute, OK?). She’s always been sweet, endearing and down to earth.

But getting to the top of the YouTube ladder doesn’t happen easily. It takes commitment, determination, and choosing your allies wisely. All qualities true of Westeros’s soon to be Queen. 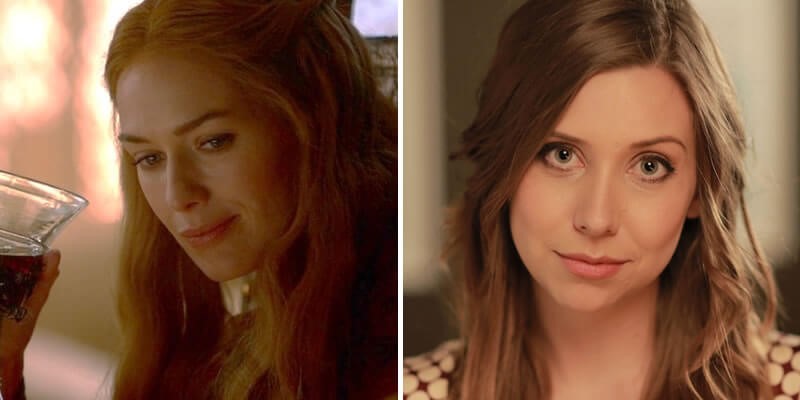 Often caught with a wine glass at hand, she’s never been afraid to speak her mind no matter the implications or if it makes others dislike her. We’re talking about Hazel Hayes of course. But Cersei isn’t shy of a Tipsy Talk or two, or three, or probably more like nine.

As the Queen Regent, Cersei is defiantly holding on to power. She’s played the game a hundred times before and knows what to expect from her opponents. With Hazel’s background working for Google, there’s no other YouTuber with as much insight as she. Put simply, Hazel knows the board upon which she plays her game. 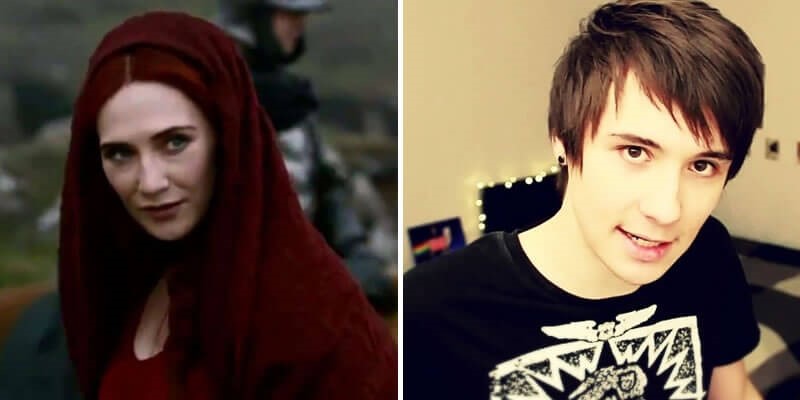 A priestess of the Lord of Light, whose worship involves the idolization of fire, there’s only really one candidate. That’s right, we see through your trickery Dan Howell: Dan IS on fire, the Lord of Light burns strong within him.

Always keeping an air of mysteriousness around him, Dan has risen to great heights playing the game, inspiring a decidedly religious fervor amongst his followers. And we’re not saying he could arrange his enemies to be burned alive, but well, “The night is dark and full of phans”. 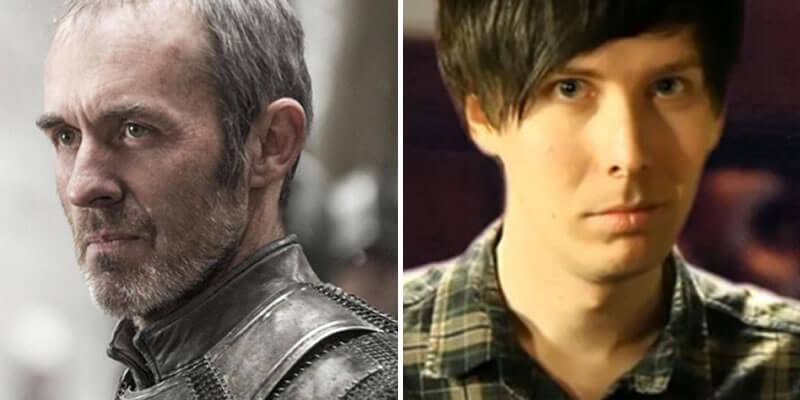 If Dan is Melisandre, then Phil Lester must be Stannis. And let’s face it: Phil may be the only YouTuber who has a legitimate claim to the Iron Vloggers Throne. He’s been here since the start and watched his brothers-in-arms, friends and even people he didn’t like too much, rise to the top without a second thought to him and how he has helped them.

But through his alignment with Dan he is now making strides to greatness. Fighting the unexpected wars (No one expected them to get a Radio 1 show before it happened, right?), Phil is making his mark known, conquering the YouTube game and emerging as one of our only hopes for a peaceful community. 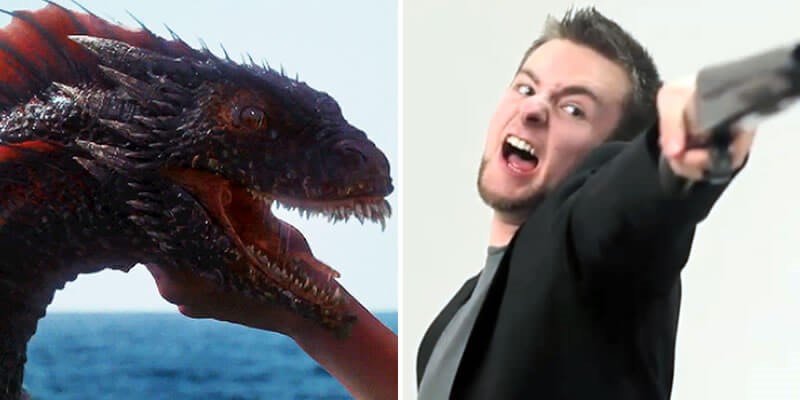 Of course Tom Ridgewell would be Drogon the naughty dragon. Because fire and explosions and bad-ass battle sequences, durh!

17 YouTubers and their roles in Game of Thrones. Don’t agree with us? Then pop over to twitter and say ‘You know nothing, @TenEightyUK’ and tell us who you would’ve picked. Alternatively you could check out 13 TV Shows That Need YouTubers On Them or If YouTubers Remade Band Aid....

Correction 21 April 2015: TenEighty have amended an entry in the article. Gary’s matching with Varys previously contained a comment on Gary’s trustworthiness.
In discussing the matter with Gary C, we have established that this could have been interpreted as a judgement on Gary’s character rather than a tongue-in-cheek comparison as we had previously intended it as. The implication that anyone is untrustworthy isn’t fair whether or not we felt that the context of the article made it clear that it was a joke.
We have apologised to Gary, and amended copy to better highlight the characteristics of Varys that we originally intended, but failed to represent correctly. We apologise to our readers for this mistake.

About TenEighty
View All Posts by Author
TenEighty Turns One
Save Animation: How ‘Watch Time’ Is Endangering YouTube Animators