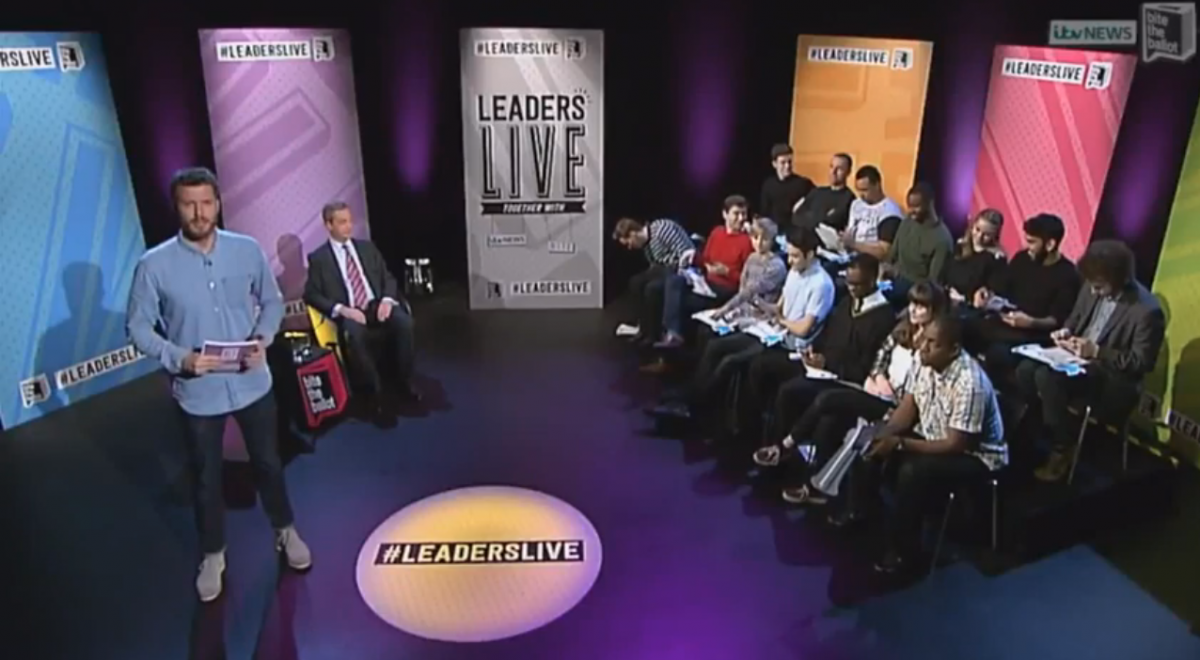 On 2 December, Bite The Ballot aired the second in their series of live debates with the major party leaders scheduled to occur in the run-up to May’s general election. Featuring UKIP leader Nigel Farage and produced by ITV News, the debate was live streamed on the Bite News YouTube channel.

The audience was made up of a number of British Youtubers, including Rebecca Brown, Hannah Witton, Mawaan Rizwan, Myles Dyer and Jamal Edwards, among others. Each audience member sourced questions from their followers on Twitter to ask Farage.

The debate started on the topic of the European Union and a brief outline of UKIP’s policies on the issue, which Farage summed up by laughing: “Not to pay them any money.”  The first question from the audience came from Rebecca who asked about UKIP’s policy of leaving the European Union, citing figures which show EU migrants put more into the UK economy than they take out. Farage admitted this might be true, but that the difference was only “point one of point one percent of GDP per head”, and that current levels of EU immigration would lead to over problems. “We haven’t got the infrastructure to cope with a population which rises as quickly as it has,” he said, mentioning primary school places, roads and accident and emergency waiting times.

The second topic of democracy was introduced by a video from Myles, and featured a question from Hannah asking about the possibility of including a ‘none of the above’ option on ballot papers. “Personally I’d be relaxed about it,” said Farage, and also dismissed the suggestion that such an inclusion would have an impact on the ‘protest vote’ UKIP receives. Farage was also asked what will UKIP do to tackle homophobia in UK politics. “I honestly don’t think very much of that exists in British politics,” he answered, before being challenged by Jazza about UKIP’s policy on gay marriage, and affirmed he was against this government’s introduction of it.

On the subject of immigration, Farage stuck with the party line and advocated a “sensible, global immigration policy”, specifically cutting net migration to between 30,000 and 50,000. He referenced the positives of Switzerland and Australia’s stance on immigration, despite Jazza John’s rebuttal that some of those countries have an immigrant population of 25%.

Farage was also challenged on his answer to the question of how he would feel if a group of Romanian men moved in next door. “If a group of any men moved in next door to you, you’d be concerned,” he said, which caused replies of “No we wouldn’t” from the audience. Farage seemed not to believe the audience, questioning whether they would find it “perfectly normal” and would be “really relaxed about it”, and appeared to show a lack of understanding of how similar house-shares were a normal occurrence for many young people. “I live in a place with 12 other people,” said Hannah.

In the final topic of education, Farage accidentally spoke out against a UKIP policy. When asked by Hannah about UKIP’s policy to remove all sex and relationship education for under-elevens, Farage claimed that this must be an idea of UKIP’s past and stated that he had “never advocated that policy”. It was, in fact, written on the party website.

It was not an easy debate for Farage, who had to deal with continual challenges from agitated audience members. It was a tense hour, with some audience members making their reservations about the right-wing party very clear.

Check back at TenEighty for continued coverage of the #LeadersLive debates! 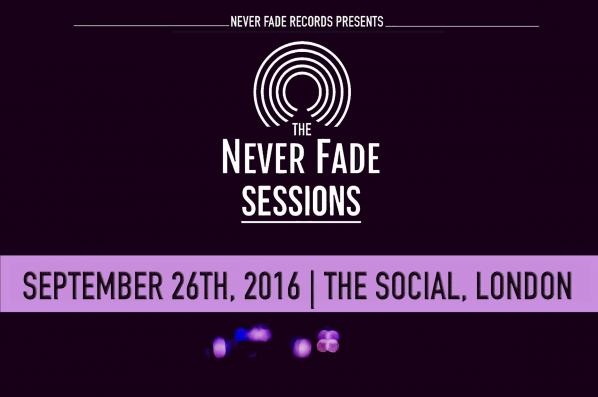