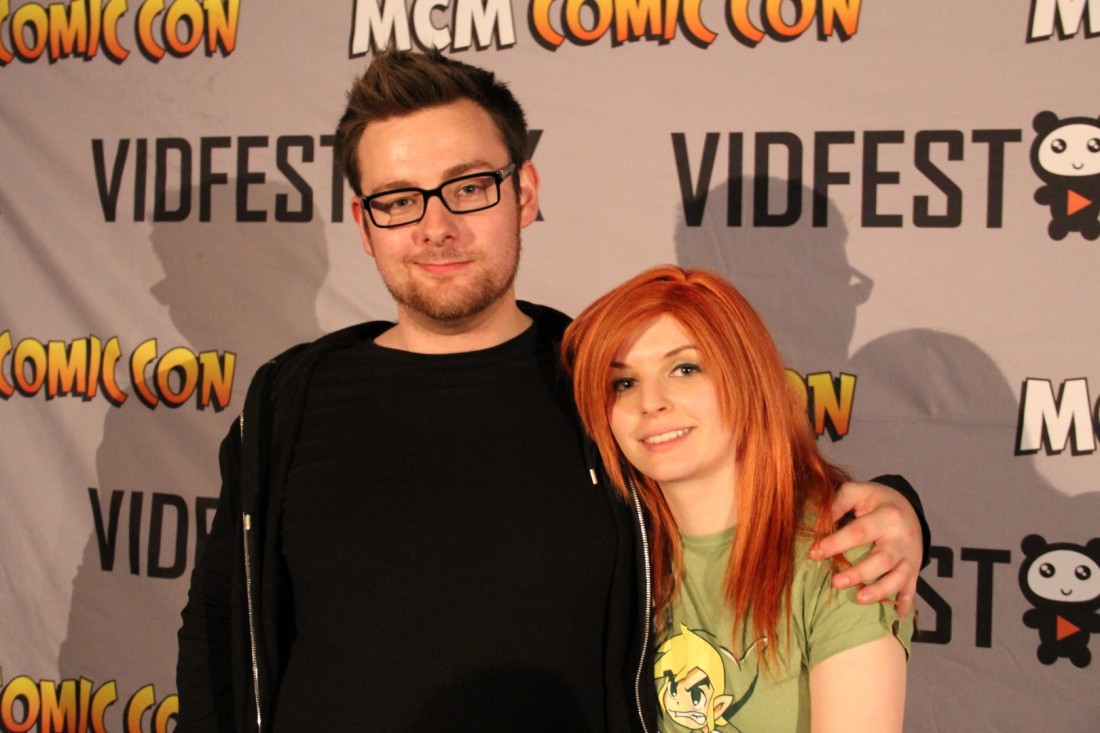 This October MCM Expo Comic Con welcomed over 110,000 people through it’s doors. TenEighty Magazine popped down to ExCeL London for a catch up with VidFest UK, the YouTube dedicated section of the Expo. 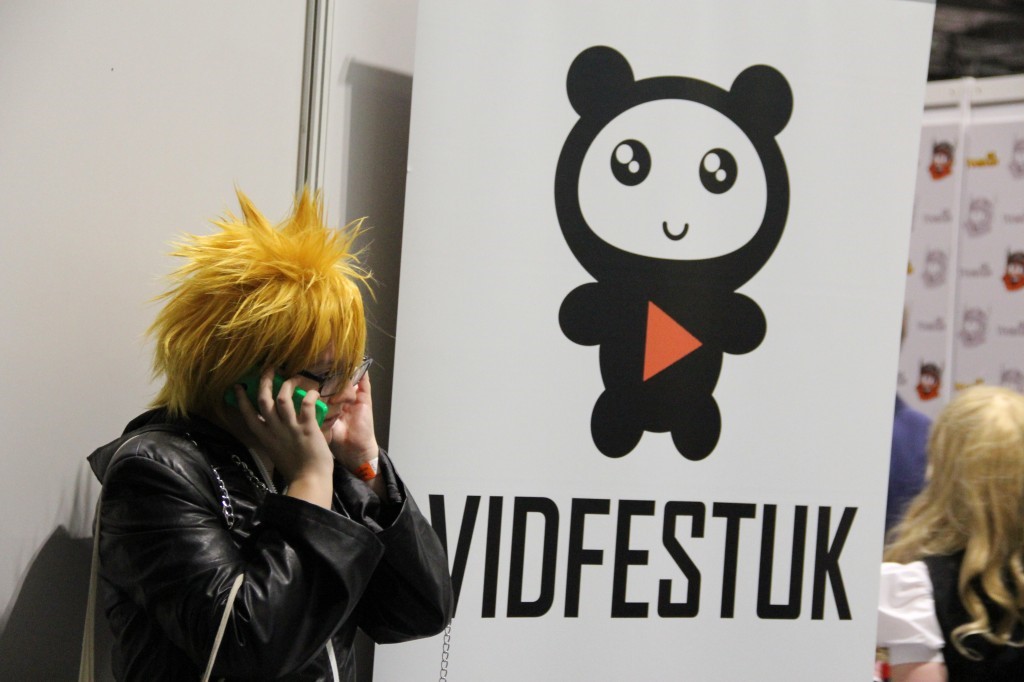 The VidFest UK area, tucked away at the side of the Expo hall, centred around filmmaking, web series and gaming content. The section provided more relaxed areas like signing booths, screenings and a panel area away from the rush of the rest of the Expo. 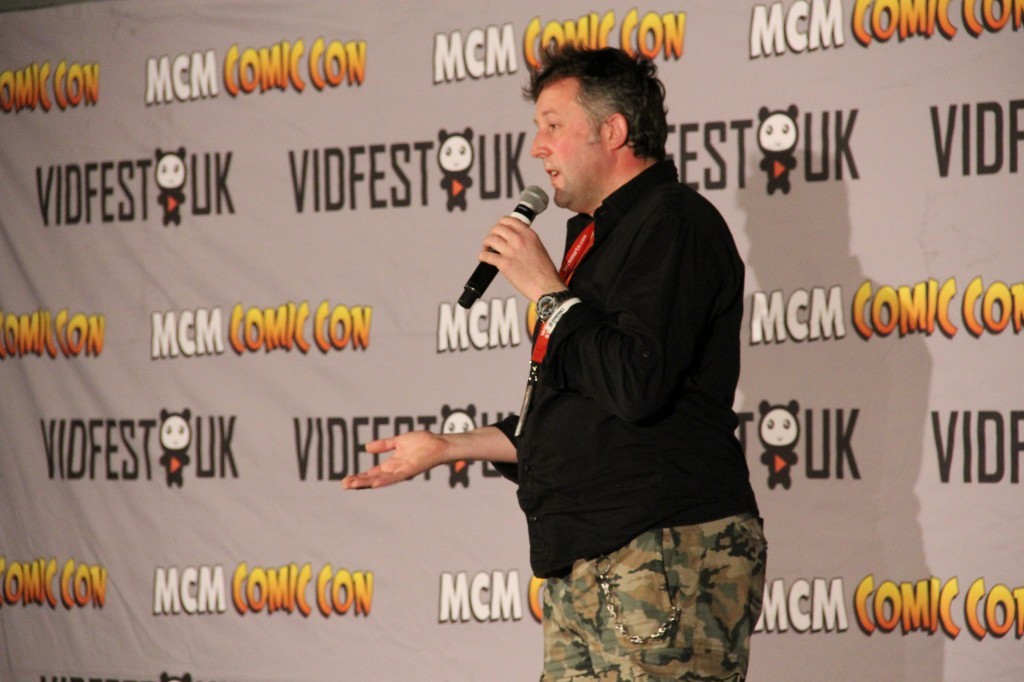 Masterclasses and workshops packed the VidFest UK stage line-up, kicked off by Raindance Film School. Giving handy tips on breaking into the film industry, we felt a rush of inspiration; the next Spielberg could have been sat among us. 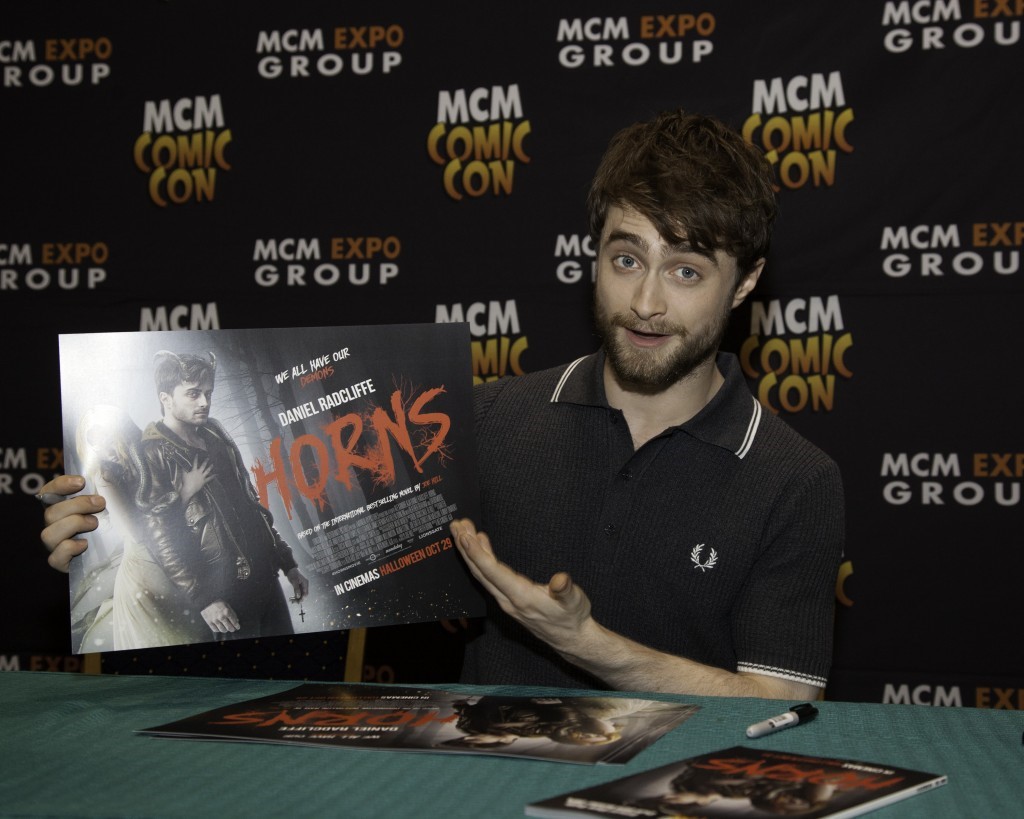 Speaking of films, early into the weekend Daniel Radcliffe graced MCM Expo with his presence. DanRad had nothing to do with VidFest UK, or YouTube, but we’re including him in this photo recap anyway. He’s our very own MCM (Man Crush Monday). 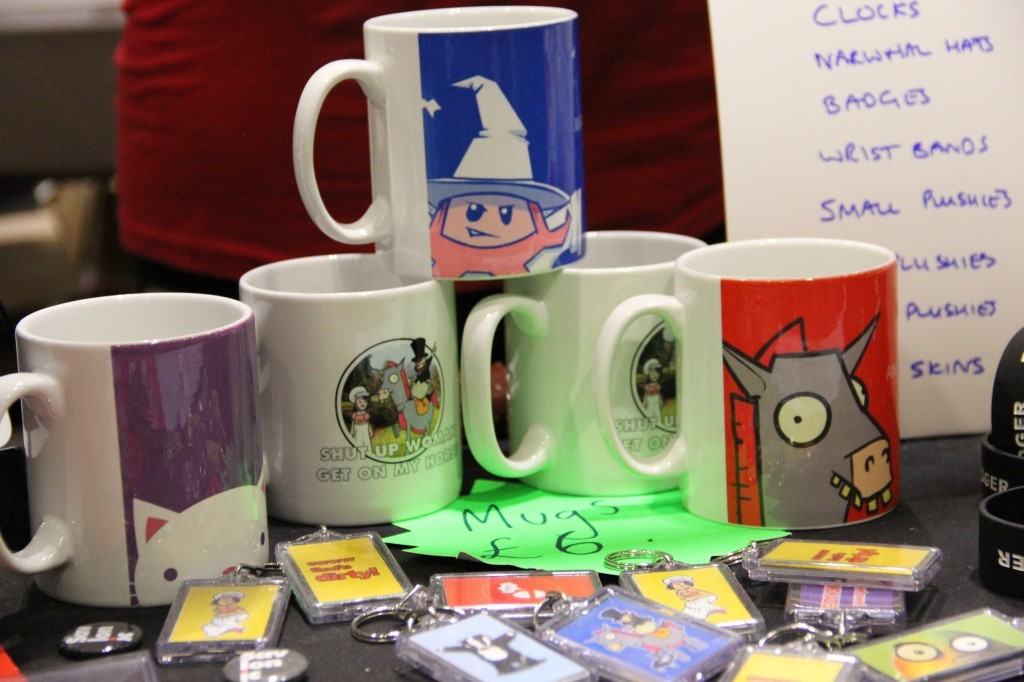 Out in the main VidFest UK area, stands filled with information and YouTuber merch stretched as far as the eye could see (well, up to the Manga section at least). Narwhal enthusiast Jonti Picking was out in force with his extensive Weebl empire. Our faves were the little plushies. CUTE. 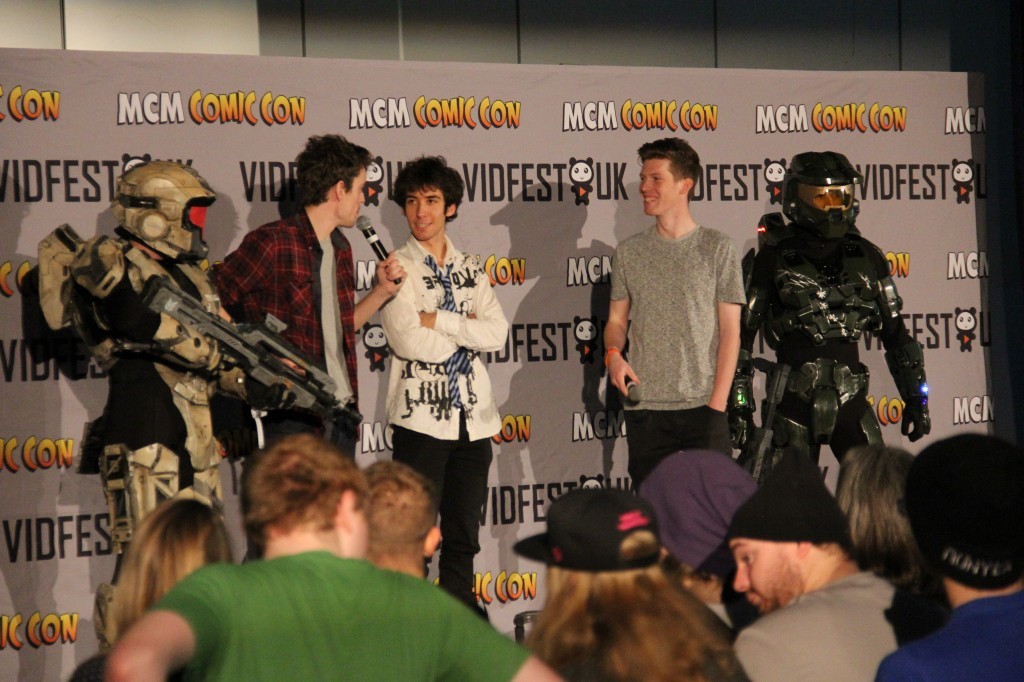 Back at the stage things took a strange turn as two Halo warriors hogged the stage. It turned out the Small Spartans team were presenting a clip from their new video about Halo in real life, but we were a little preoccupied  by the gun-wielding characters roaming freely in the audience; we were a bit scared by them. 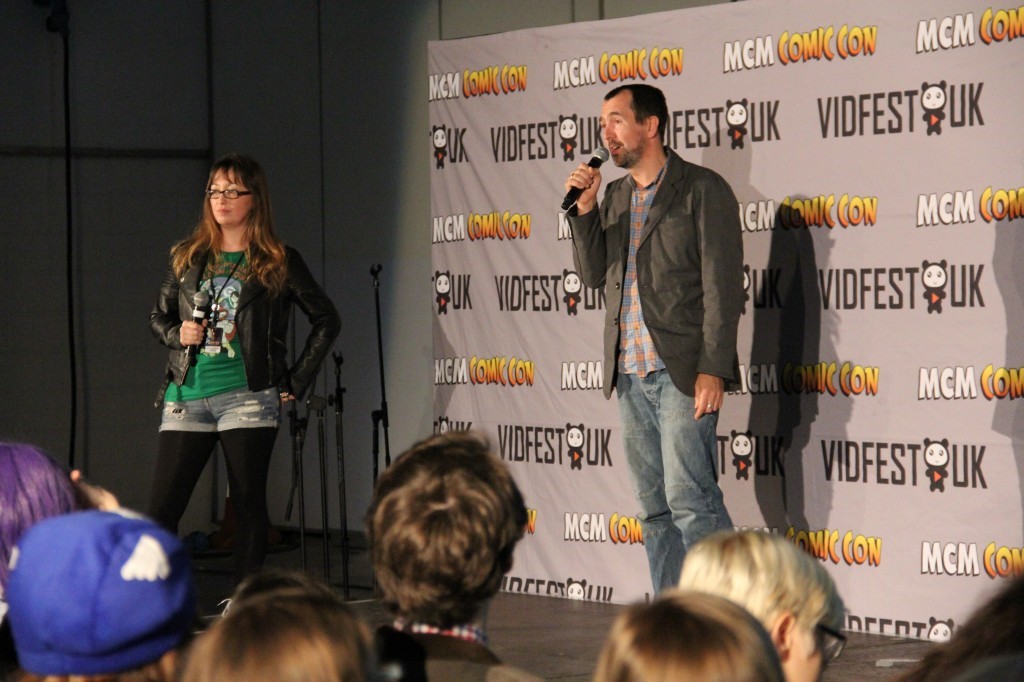 A welcome change of pace came from Wildseed Studios who presented ‘How to make a scripted web series’. Wildseed work with lots of YouTubers from all genres, so when they gave the scoop on web series we were all ears. 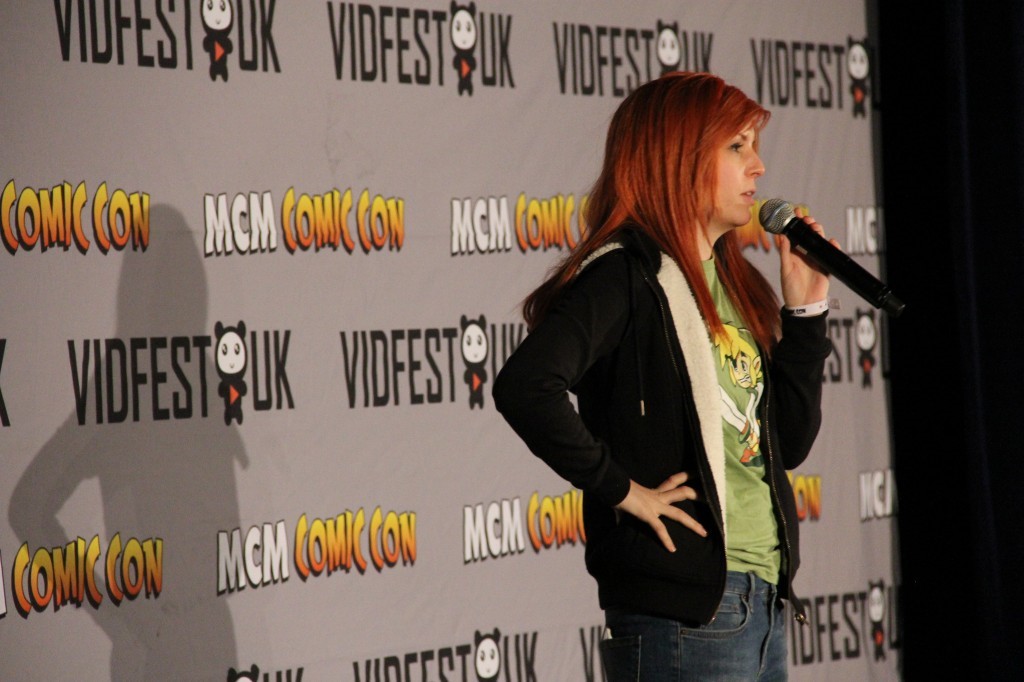 A Saturday highlight for us was Emma Blackery taking part in a Q&A, hosted by Tom Ridgewell. Emma answered all sorts of audience questions about keeping friends, working in a shop and being funny on YouTube.

Emma commented: “I love Comic Con because nobody will judge me for wearing a wig. If anything, they’ll think it’s cosplay instead of me being embarrassed about my short hair, which I’m not.” 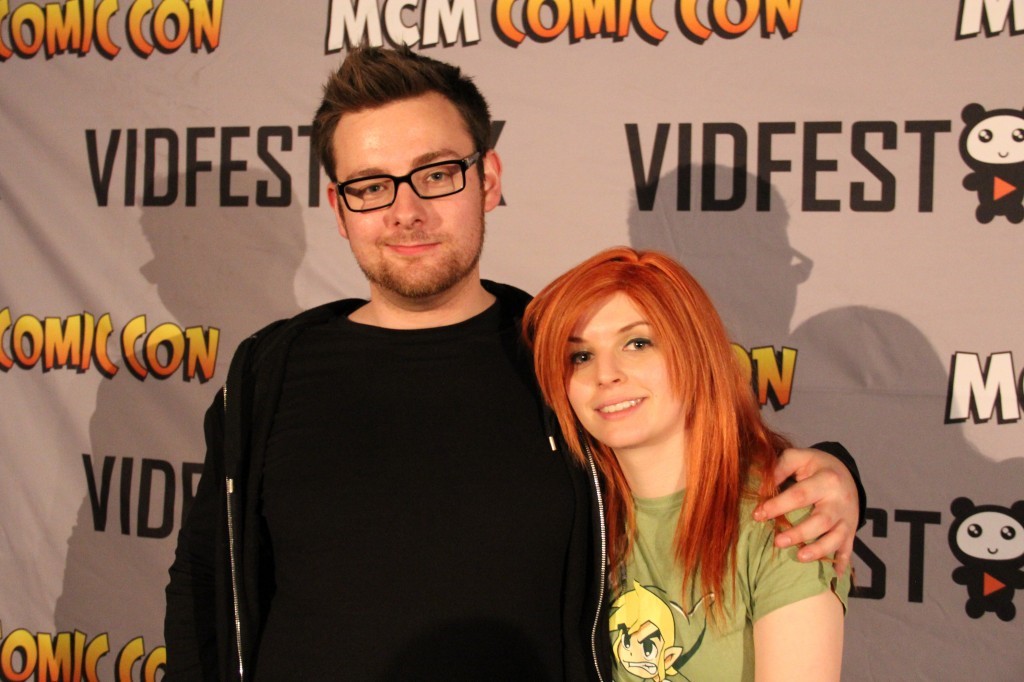 Tom and Emma happily posed for TenEighty Magazine before being rushed off into a sea of selfie-hunting fans. Emma even tried the old ‘hood up with dark glasses’ look but there was no tricking the MCM Expo attendees! 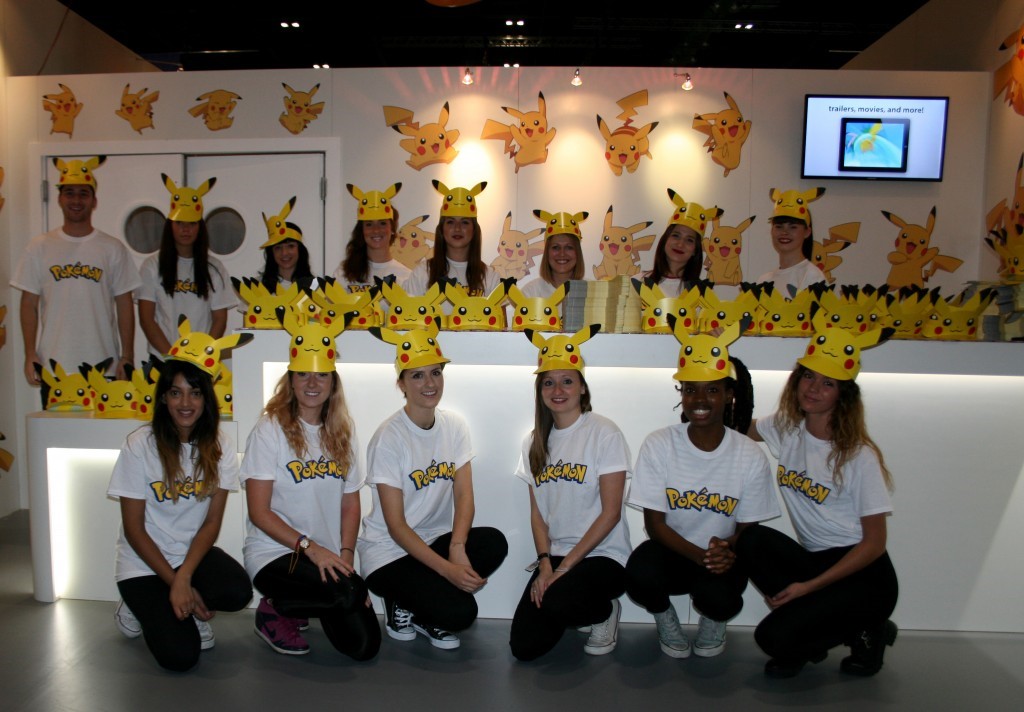 Pikachu. Don’t even get us started on Pikachu. SO MANY OF THEM. EVERYWHERE. After much debate we’ve settled on Pikachus as the plural… now please stop Tweeting us about Pokémon. By the time we stop thinking about Pokémon the next MCM Expo will be probably  be starting, and the cycle will continue forever. 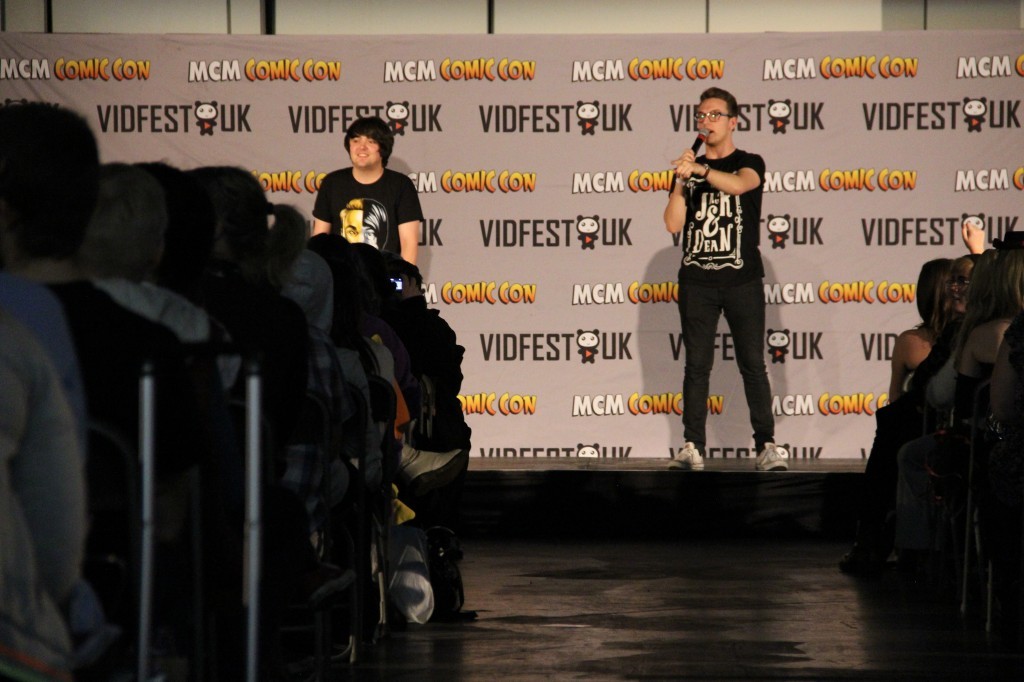 TenEighty Magazine cover stars Jack Howard and Dean Dobbs also graced the VidFest UK stage, previewing their new video Ghosts Aren’t Red  (which you can check out in our Weekly Round-Up). The boys also talked about their new live show which is hitting the Bloomsbury Theatre next month. Exciting! 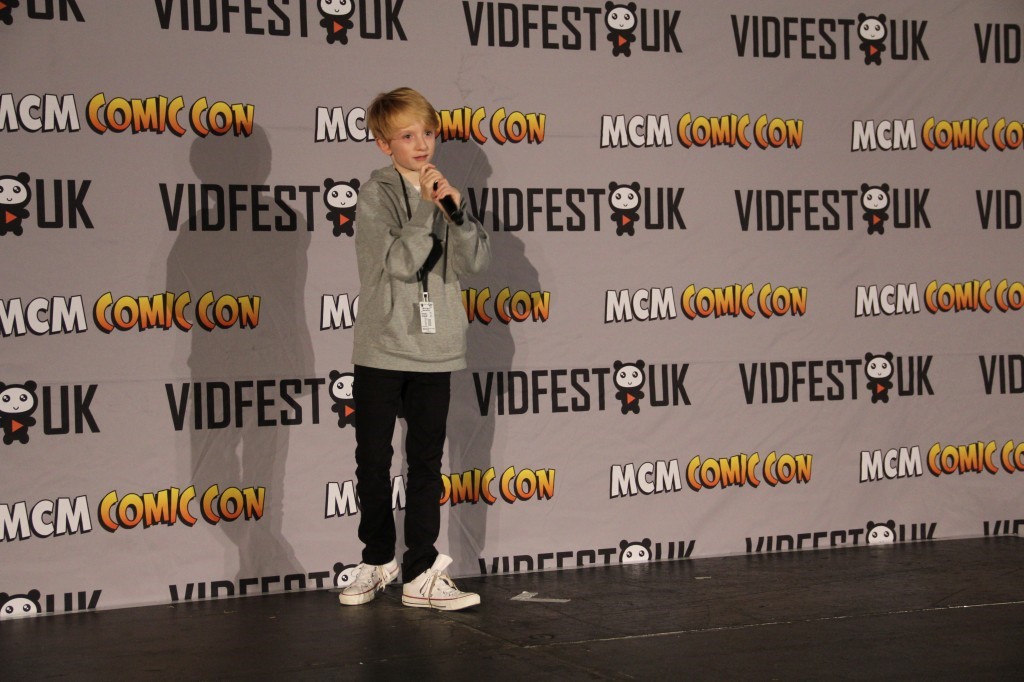 Vine superstar Toby Randall made an appearance on Sunday to talk about his success. We still can’t believe he is only 13-years-old! When we were 13 we used to put bugs in tupperware containers and charge 50p for our family members to visit our insect farms… 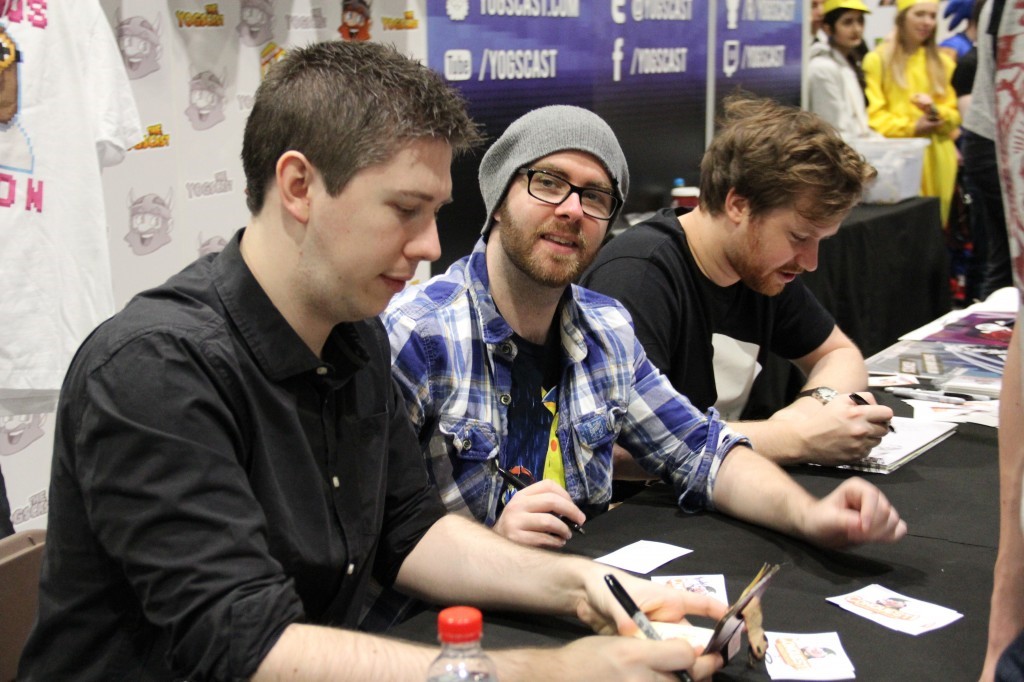 Throughout the rush and changing schedules of the weekend, one thing was a constant. The queue to meet Sjin from YOGSCAST, as well as Alex Smith and Ross Hornby from Hat Films was insane. The trio went into beast-mode by signing all weekend, and probably suffered severe repetitive strain injury as a result. Suffer for your art, right boys? 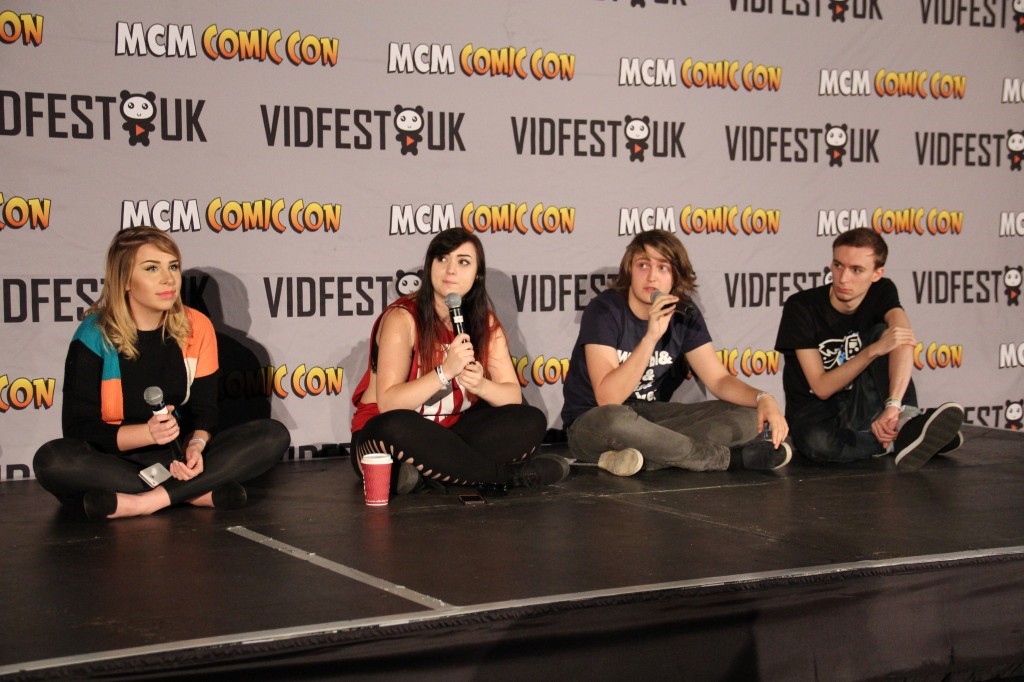 At TenEighty Magazine we like to champion the little guy, so when VidFest UK announced a panel on Up and Coming YouTubers our bums were on front-row seats faster than you could say Pikachu (see, told you we’ve got Pokémon on the mind). Cayleigh Goodson, Katt Wade, Matt Ley and Matt Amys spoke openly about their own YouTube progression and working with bigger YouTubers on their content. 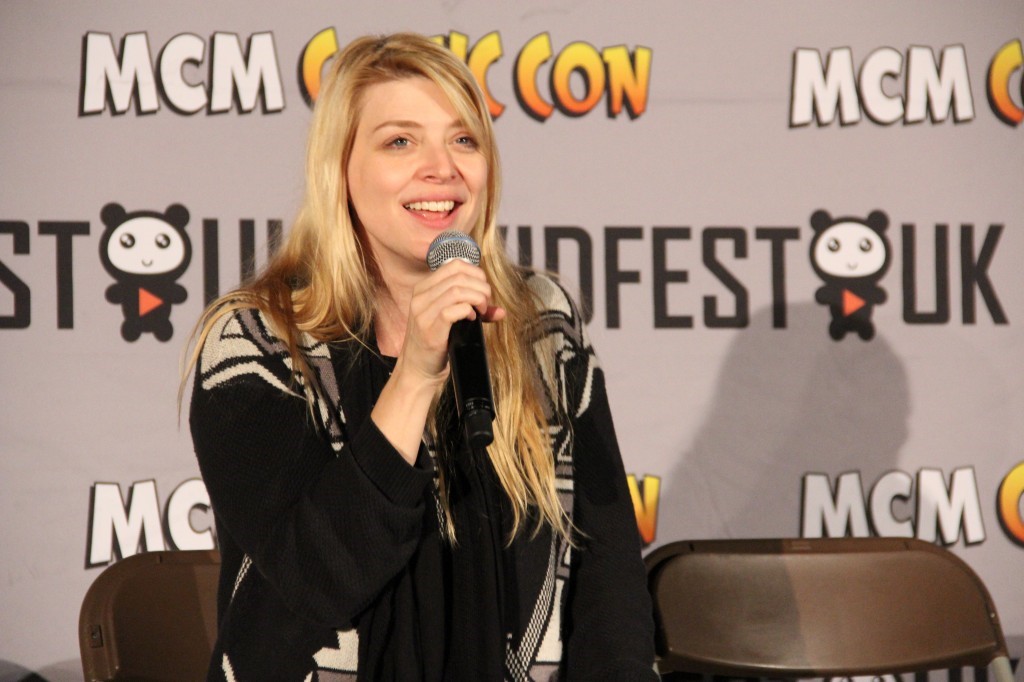 To our surprise, Amber Benson made an appearance on stage. That’s right, ACTUAL Tara Maclay from Buffy was at VidFest UK. Amber hosted a panel about new vampire web series Morganville. Apparently the series features lots of blood-sucking, cute guys and is set in a shabby-chic glass house: basically it’s right up our street. 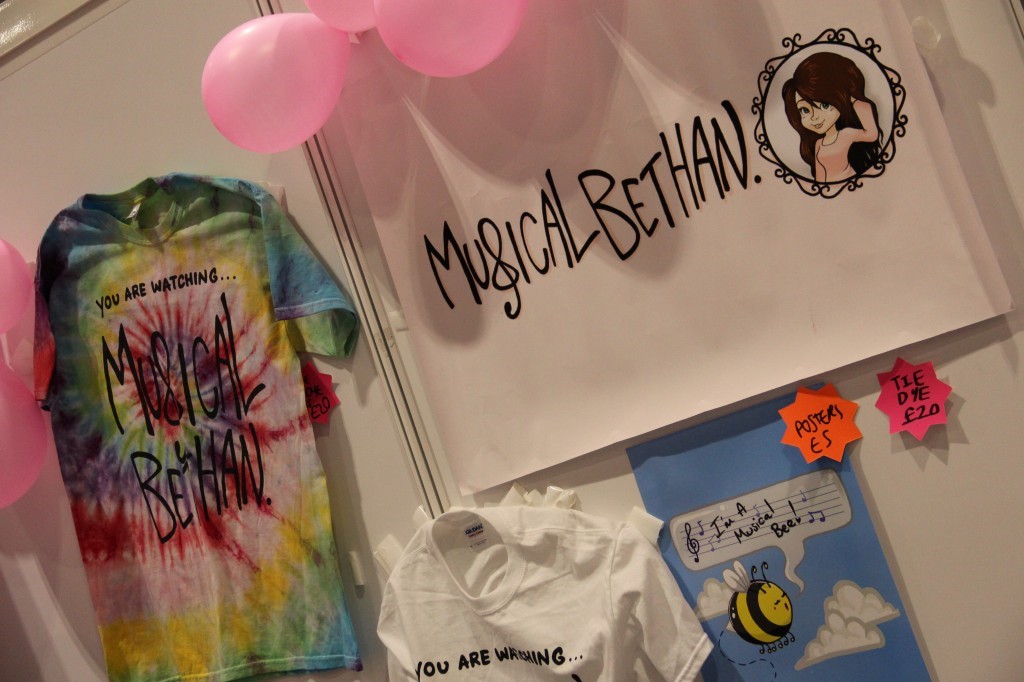 Another YouTuber exhibiting at VidFest UK was lovely Bethan Leadley. MusicalBethan T-shirts and posters were up for grabs and if attendees were lucky a selfie was even on the cards at no extra cost. Now that is value for money. 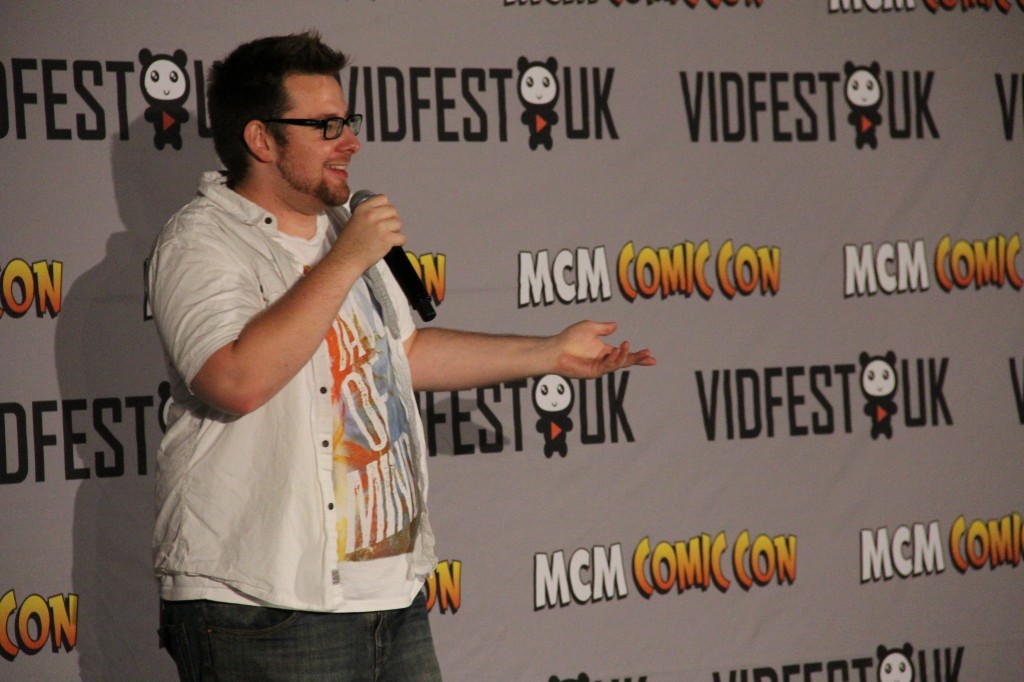 Sunday saw the turn of Tom Ridgewell to face a Q&A session. Speaking to a packed out audience, he charmed the crowd and the session flew by. Luckily, Tom is a familiar face at VidFest UK so we’re pretty sure he’ll be back for more. 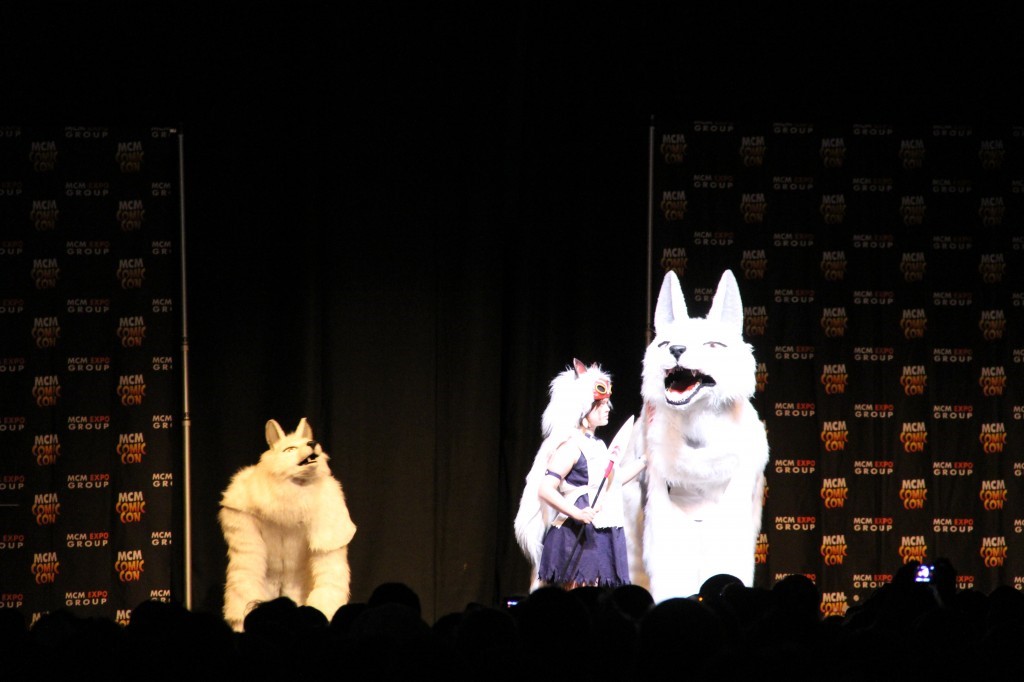 Elsewhere at MCM Expo, Studio Ghibli dominated the cosplay stage. We’re not entirely sure what is going on here, but this happened. Yep. 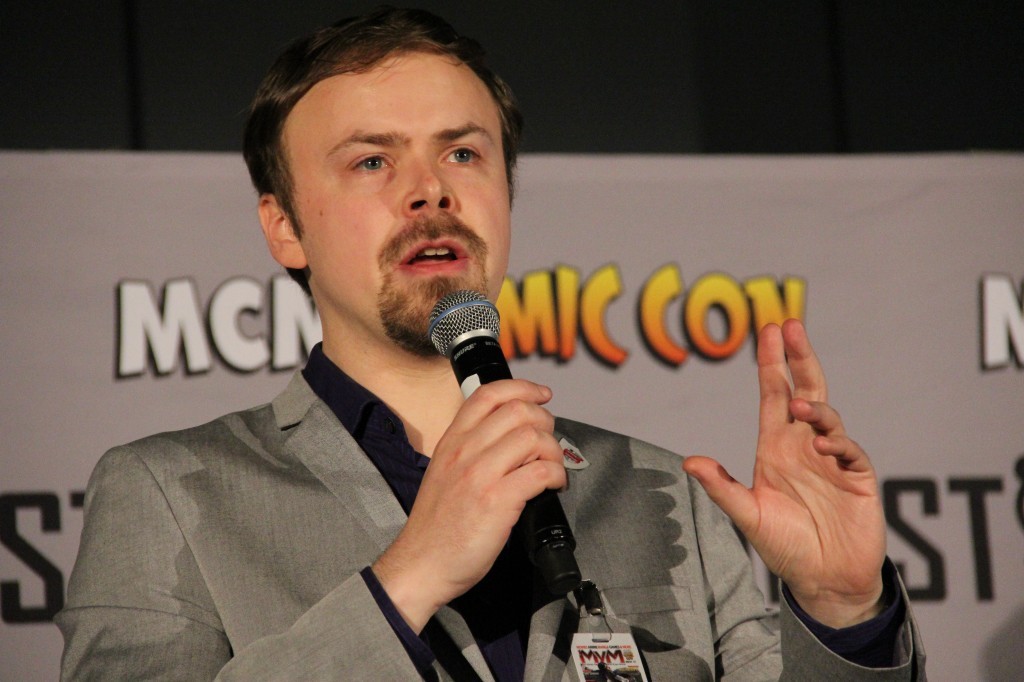 Back in the familiar YouTube setting, VidFest UK welcomed Stuart Ashens to the stage for a chat with the audience. We love watching Ashens live because he’s so quick-witted and has a dry sense of humour similar to our own. He even gave a live review of ‘Unicorn Fart’ marshmallows (Spoiler: he didn’t like them). 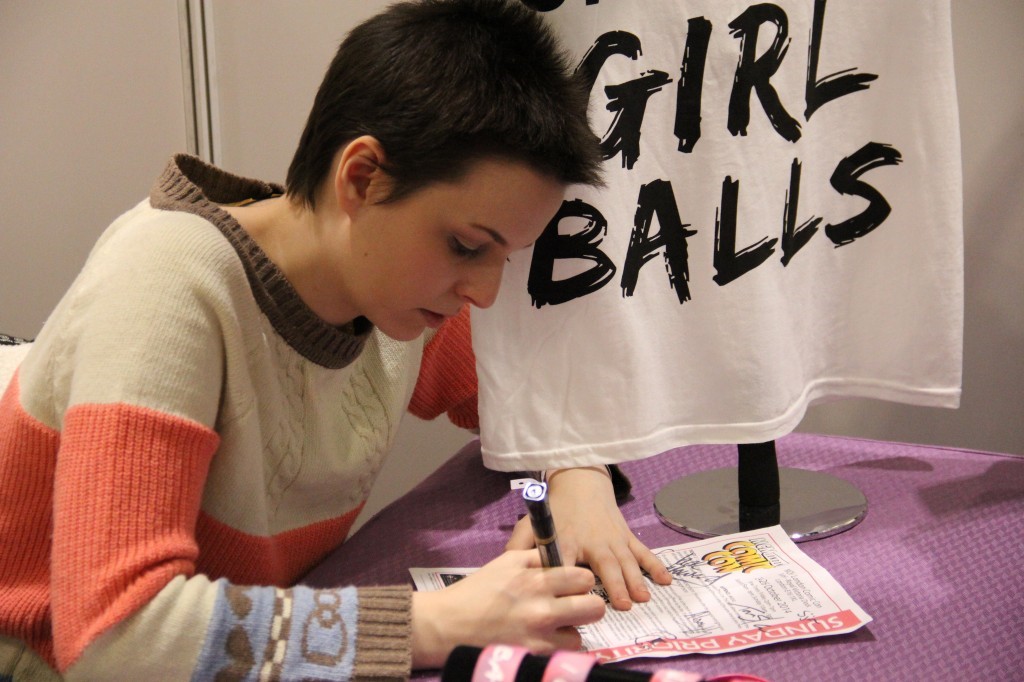 Emma Blackery held down the fort at her merch booth in the main VidFest UK area. We like Emma, she has girl balls.

That brought our whirlwind weekend at MCM Expo Comic Con to an end. Luckily, TenEighty Magazine is now on Vine so we can relive the magic whenever we want in a handy 6 second video…

Check out our Tumblr Photo-Set for even more pictures from the event.

Seven Times Alex Elmslie Told It Like It Is 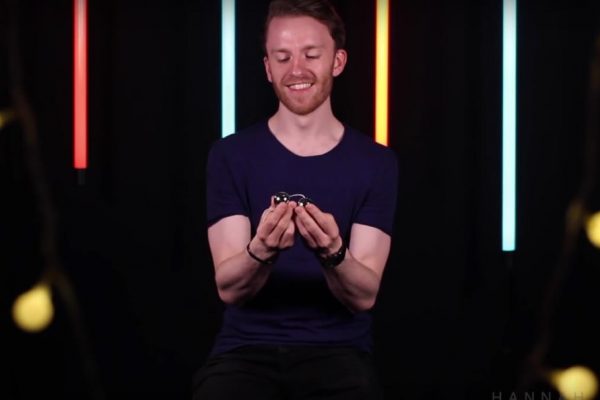