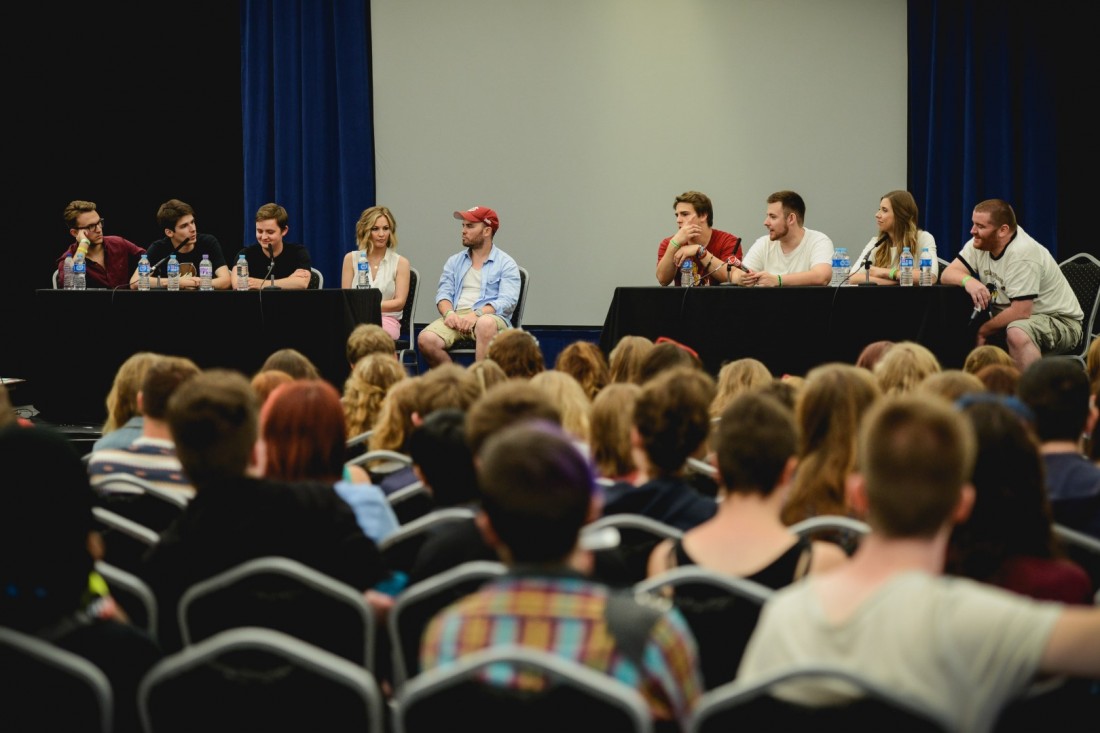 The panel begins, or rather doesn’t begin, with Anna and Jonathan Saccone-Joly absent because they’re running late. However this turns out to not be a problem, because it gives Hazel Hayes the time to film some shots for a video on her channel. (This later becomes a running joke throughout the panel.)

Hazel tells everyone of a time she went along to the X Factor auditions shooting, where Dermot O’Leary got the crowds to look like they were going crazy for the cameras, but silently. (This also develops into an in-joke that results in several occasions where everyone stops what they are doing, turns around and waves silently to new people joining the room.)

Anna and Jonathan soon turn up and the panel gets properly underway. Paul Neafcy poses an interesting question: what is it about the internet that says videos should usually be short?

Jack Howard believes that unlike television, online content is designed to grab your attention as quickly as possible. “You always have your hand hovering over a mouse, or have another webpage open,” he says. “So it’s very easy to just turn it off and go somewhere else.”

Tim Hautekiet agrees and mentions the theory that a GIF is the true form of the internet, a representation of quick consumption. “I think making long form stuff is awesome, but it can sometimes feel a bit like fighting against the tide,” he says. “But it is getting more and more popular so I hope to see that continue.”

Tom Ridgewell responds to this saying the reason it’s becoming more popular is because it’s becoming more respected. However he feels the internet is still predominantly geared towards shorter content. He also highlights how difficult it can be for a content creator such as himself to create longer content financially.

For Tom a minute of content can cost him anywhere between £500 to £5K, so to make something twenty minutes long is often not viable. Jack follows on from this to say that long form content is often easier for vloggers.

Anna and Jonathan disagree to some extent, saying that it’s still a lot of work but that you learn tricks along the way to make it easier. “I think the key is that they’re never too long, and they’re never too short,” says Anna. “We’ve figured out, somehow, that around fifteen to sixteen minutes is the optimum time for each of our videos.

“We definitely do have those comments, ‘please upload longer videos’,” she continues. “If it were too long and too drawn out people wouldn’t watch us, it wouldn’t be the same. I still think you have to leave people wanting a little bit more.”

Tim then talks about how the beauty of the internet is that everyone is on it, so whatever your niche is you can still get a sizeable audience. The real challenge is knowing what deserves to be short and what deserves to be long. “I don’t think you want to hear me talk about an experience I had on a bus for an hour,” he says. “But if it’s a narrative, it’s exciting and it has characters and stuff, then maybe it deserves to be that long.

“I’m a big believer in certain stories deserving a certain amount of time,” he continues. “And that’s kind of up to you to gauge.”

The debate turns to the new changes YouTube have implemented to its algorithm. Hazel explains that the new algorithm considers watch time and retention because YouTube believes content should be measured by and rewarded for more than just view counts. “What they wanted to do was reward people who were making stuff that people were actually hanging around for,” she explains. “It takes into account how many people would go from that video to another, stay on the platform… as opposed to just popping in for a one hit wonder.”

This has had side-effects, however. “Unfortunately, it has started favouring quantity over quality,” she continues. “To some degree I understand that if someone’s only uploading every three or four months it may seem that they’re not that dedicated to it. What they actually might be doing is spending that time making something absolutely awesome.”

The panellists acknowledge that this move has screwed over many content creators, in particular animators. For Hazel however, she believes that being aware of it means you can work it to your favour. “What I want to do is scripted content and longer form,” she reveals. “But what I feel I have to do is keep putting vlogs out and keep getting stuff up daily. Keep the sort of ‘hot pockets’ there so I have time in the background to be doing more of the proper cuisine.”

Tim agrees with Hazel but mentions that it’s unfair of YouTube to expect creatives to make things daily. He discusses television programmes such as Breaking Bad, who take nine months to create a 12- to 16-episode series with the high production value you’d expect from a show of its calibre. For YouTubers aspiring to create something even half of this quality, often on their own or with a small team, creating daily or weekly content is next to impossible.

Hazel understands this but feels that occasional vlogs between your bigger projects is beneficial. “I don’t think [your content] will suffer, I think it’ll help,” she says. “If you’re doing stuff that kinda gets you known, and people can get to know your personality behind the scenes, they’re often more likely to gamble.”

Following this up, Jack discusses how his own vlogging channel influences his one with Dean Dobbs. “My own channel is just me talking I guess, but then, that helps with Jack and Dean because people feel that they know me more,” he says.

The discussion turns to how creators can keep an audience coming back to long form content, particularly over a series. For the Saccone-Jolys, it’s about using editing to create a narrative. “How you edit it is how you tell a story, so that you are bringing your audience on a journey,” says Jonathan. “You are creating a narrative out of just daily life, y’know, if you just let it out the way it was, I don’t think 15 minutes would be as entertaining.”

Hazel agrees with this, commenting that daily vlogs can be a lot of hard work, but also that many are increasing in length. “We are seeing more and more vloggers do longer videos,” she says, “and people are absolutely staying to watch that, so it’s not something to be scoffed at.”

Turning the conversation back to long form scripted content, Hazel believes the key is well-written and fully-realised characters. She then congratulates Tim for this in his Bad Burglar series, in which she plays one of the roles.

It is at this point that Tim leaves some advice to emerging long form filmmakers that resonates within the room. He explains that it is a good thing to aspire to the standard of those you watch but creators should utilise others who are on the same level as them. “The people who will get you there are around you,” he says. 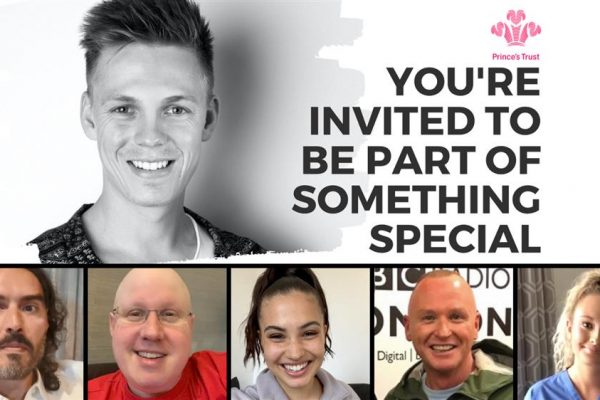 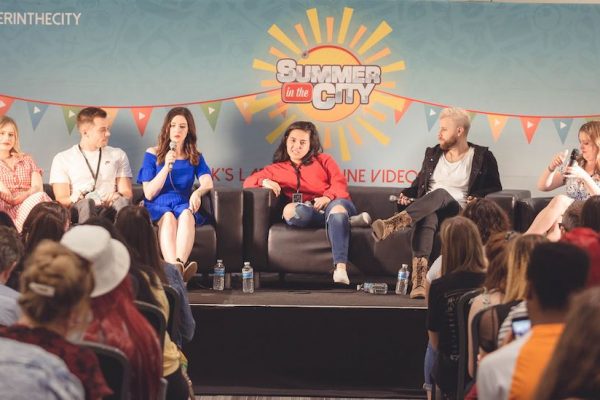 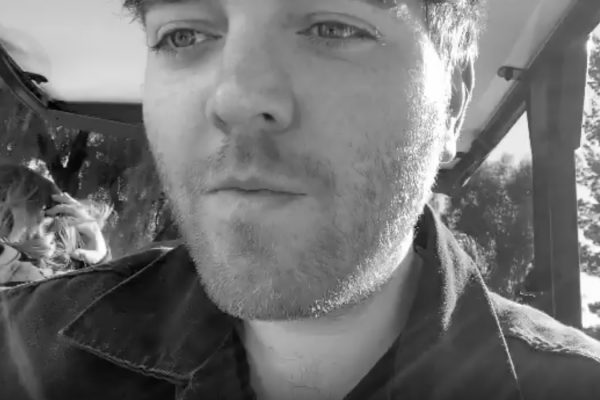