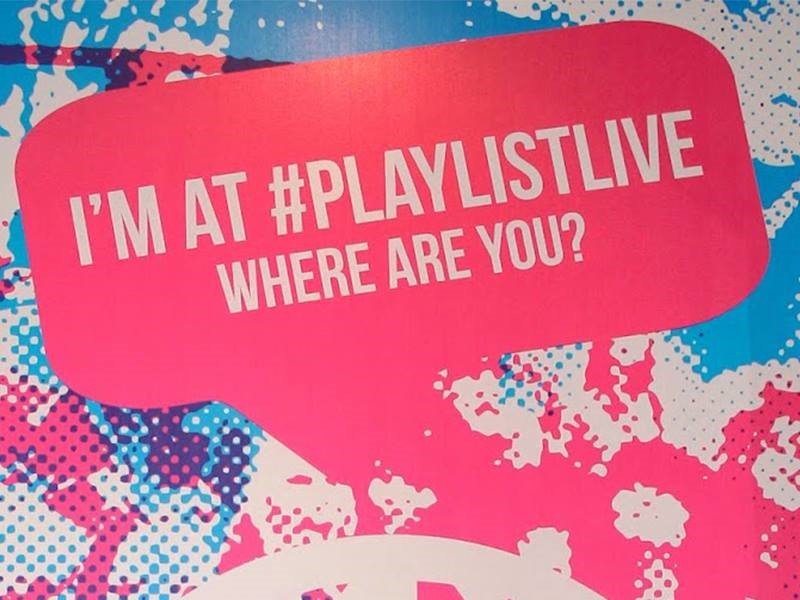 TenEighty observes (and occasionally judges) Playlist Live 2014, held at the Caribe Royale in Orlando, Florida, 21st-23rd March, to cast a British light on the American convention.

It’s difficult to talk about YouTube gatherings without harking back to their humble beginnings. Those who weren’t around in 2007-2009 must be sick of hearing from those who were about how amazing it was. Almost everyone was not only a community member and a fan of other YouTubers, but also a creative themselves. It was a level playing field to not only meet other creators, but also to make new friends; as clichéd as it sounds.

That beast has now changed, as has our community. The overlapping area for the Venn diagram that existed between fan and creative has grown smaller and smaller until we’ve arrived at the community that we have today, where the gap between YouTuber and consumer has stretched into a canyon. We might have not quite reached Directioner–1D status, but that certainly feels like where we are headed.

Inevitably, this change in demographic has meant an evolution for our gatherings, or conventions as they now seem to be more commonly known. The behemoths of Summer in the City, VidCon and Playlist Live now dominate the social scene for YouTubers and their fans, and nowhere is this shift in the relationships between creators and their fans more prominent. TenEighty was at Playlist Live this March, observing and occasionally judging. We were very aware that this would have provided very different experiences for those who make videos and for those who are there to meet Sam Pepper (other YouTubers are available).

If you were a YouTube creator that was invited to the gathering by the organisers, or if you knew the right people, you were given a room in a separate building to the rest of the attendees, quite literally the venue’s own ivory tower. The coveted ‘hot pink pass’ was your key into this world and hoards of fan-girls (and boys, let’s not be sexist) circled the building trying to get a glimpse of Grace, Tyler, Troye, or Zoella. If you were one of these privileged few you were shipped around in golf carts between the tower and the venue (a two minute walk away) where you would have been scheduled to take part in your panel or do your meet and greet. If you didn’t want to you would have had no need to interact with fans, although you sometimes saw a Marcus Butler taking photos with fans who formed a queue around the pool, to the confusion and annoyance of those guests at the hotel who happened to be staying there and had nothing to do with the event.

You were treated well. Mountain Dew was readily available and the parties in the evening provided enough entertainment to relieve the ennui of being cooped up in your hotel room all day. However, ever-present were the crowds outside the venues that you were ferried to and from. Even at 2am, when the entertainment would come to a close, there were a large number of fans waiting patiently on the other side of the barriers that separated the two worlds – pining for a chance for a photo with Dan and Phil because the queue for their meet and greet was too long. Tears of disappointment were often shed when a young girl’s favourite YouTuber sashayed past with little more than a wave and an awkward glance.

Tears were also shed on the privileged side of the fence; when passes were lost and access was delayed or denied, or when a musician’s time slot was moved forward at short notice and there was no one to hear them sing when they were hurried onto the stage. Your heart goes out to the organisers having to deal with the bruised egos of creators who are used to being courted by the great and the powerful of the entertainment industry.

On a positive note, the food in the green room was quite good, and on the Saturday night your drink was served in a glass that shone like a glow stick.

A fan of queuing?

If you were at Playlist to meet your favourite protagonists of the slash fiction you’ve been reading then it seemed like your weekend revolved around queuing, waiting, being shuffled around by security, and more queuing.

The polite patience exhibited by the vast majority of fans at least deserved an equivalent of a Lifescouts badge: “I waited in line for two hours for Joey Graceffa”, “I couldn’t meet GloZell so had a photo with her mum instead”.

Of course there were those who played to the fan-girl stereotype. Stampedes: they were a thing. Love was awkwardly declared several times in the Q&A sessions of panels that were meant to be focusing on ‘Cinematography’ or ‘LGBT Rights’. This was met with uncomfortable responses from the stage and eye rolling in the rest of the audience. There were even a lucky few fans who somehow got their hands on the hot pink passes and decided the best use of this rare resource was to ride up and down the elevator of the ivory tower just in case someone crazy-internet-YouTube-famous chose to not use the stairs. The organisers put an end to this bizarre behaviour by enforcing a ‘no loitering’ rule in the building.

The following was a genuine exchange TenEighty had with a 14 year old girl waiting at the bottom of the building housing the main talent.

Whether or not a fan had a good weekend hinged exclusively on their luck with queues, the kindness of security and creators who allowed meet and greets to continue past their allotted times, and the amount of patience they were able to exhibit.

It’s almost a shame that these were the conditions for these young people to have a good time. There were many activities available: live music that was often more good than bad, great talks on wide ranging topics and a general party atmosphere throughout the whole venue, there were some confused wild turkeys wandering around on the Friday. This was a very well put together event, but if feels like these young fans didn’t give themselves a chance to experience it.

There is a third, often overlooked demographic that was present at Playlist this year. Those who we mentioned at the beginning of the piece, those who were both fans of creators and creators themselves, haven’t gone away since the glory days of the late 2000s. They still exist, and occupy the world between the big talent and the fan-girls. These were the attendees who were irked, but understanding when the panel focusing on ‘Smaller Channels’ had to be quickly moved to another room because a meet and greet over ran. These were the attendees who not only went to see their favourite vlogger-cum-musician perform on one of the stages, but who stuck around for a chance to discover some new talent and then bought their CD at the end of the weekend. TenEighty watched scores of videos from smaller creators like timjimmie, Janaeistall who voices similar grievances: too many fan-girls, not enough community. In many of the videos we watched vloggers were either doubtful or unsure as to whether they would be attending again next year.

This group is the future of our medium. Internet fame fizzles and dies (Boh3m3 anyone?) and fan girls grow up. These young, enthusiastic, small-time creators are those that are going to carry the medium that we love through and past YouTube’s fast-approaching ten-year anniversary. These creators that get overlooked by the event organisers, that can’t use YouTube’s facilities because they haven’t yet reached that watershed 10k subscribers mark, have had a bad rap. It is all very well telling them to go out and organise their own meetups on the Southbank of the Thames or in Central Park, but these future trendsetters and money-makers deserve more time and attention than they are getting now.

What does this mean for the future of gatherings? We currently see two models of gathering rolled into one; the ‘fan meets creator’ and the ‘community discusses and celebrates’ formats. It seems like these two worlds of YouTube are becoming less and less compatible, and inevitable that in the future we will see a separation of church and state, of fans and community. Only then can the grassroots creators be nurtured and cultivated to take the site into Web 3.0 and beyond, rather than having everyone umbrella-d under the ‘fan’ label if they have under 1000 subscribers.

It is neither the superfans who buy all the merch and watch all the videos, nor the superstars who get lucky with a viral video and ride that wave as long as they can that are going to be still making videos in ten years’ time. The overlap in the Venn diagram, that is where our future lies – it’s about time we looked after it. 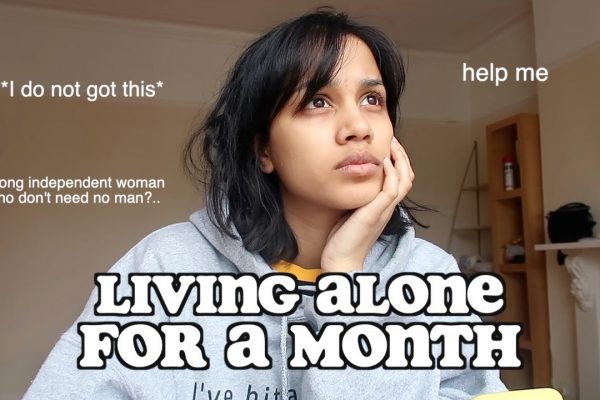 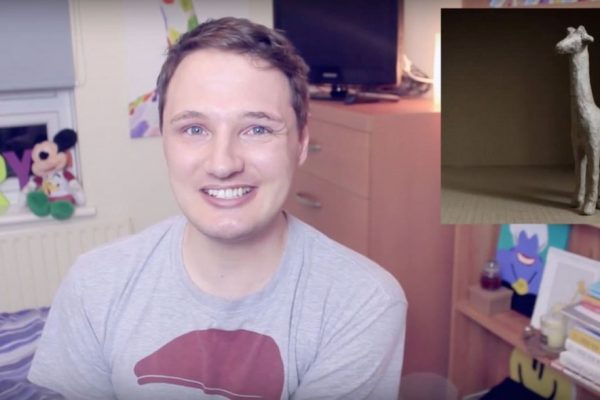 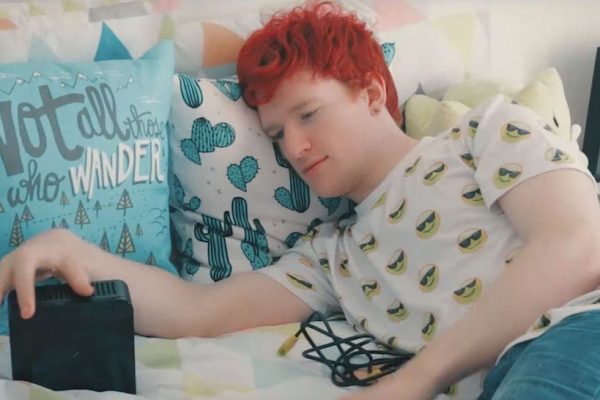